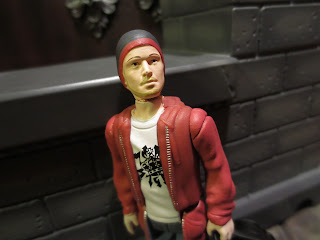 Today I'm looking at another figure that came with my GameStop exclusive Funko Mystery Box that I purchased on black Friday: Jessee Pinkman from the Breaking Bad ReAction line. Like with the Casey Newton figure from Tomorrowland that I reviewed yesterday, Breaking Bad is another property that I just don't have a connection to. I'd love to watch it at some point since everyone is pretty much in unanimous agreement that it's incredible. While on my Tomorrowland review I commented that ReAction figures really work best with properties that fans have a nostalgic or childhood connection too, I also think the other thing that works with the line is when the subject matter is decidedly adult. Having a clearly non-kid friendly properly juxtaposed with a very kid friendly design is just too entertaining. While I know next to nothing about Breaking Bad, here's a short look at the Jesse Pinkman figure from the line. More after the break... 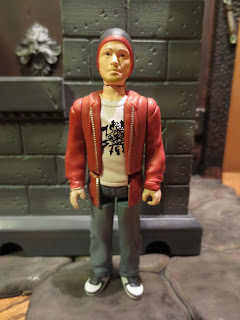 Non-Scalper Price: $10, although I obtained mine through one of the GameStop exclusive Black Friday Funko Mystery Boxes. For $20 I got two ReAction figures, an exclusive POP!,  a Harley Quinn key chain, and two Deadpool pins. 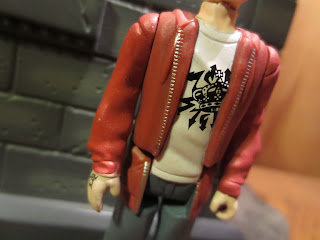 * I like the work that Funko did on Jesse's outfit. The hoodie looks pretty nice and the zipper is pretty effectively painted. I'm also digging the paintwork on the shirt and the tattoo on Jesse's right hand. It's really very clean for this scale. 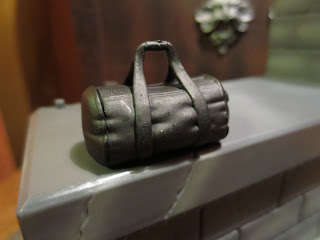 * I like Jesse's duffle bag. I'm not sure what's supposed to be in it (probably a huge amount of money or a huge amount of meth) but it is a very cool accessory. Jesse looks great carrying it but so would any other 1/18th scale figures in your collection. It's a fairly unique accessory. 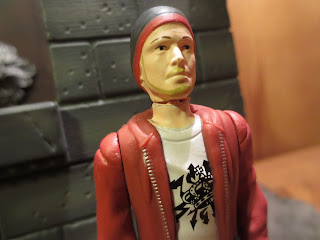 *It doesn't look at noticeable in this picture as in real life but, when I opened my Funko Mystery Box and saw this figure, I was really shocked to see how his head looks like it was almost falling off of his head. Seems like a case of some poor quality control. There's also some weird marks on his face and nose. That's what meth will do to you, I guess. 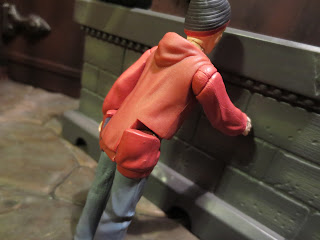 * Funko did a nice job on making the hoodie bulky but it really interferes with the hip articulation. It's incredibly tough to get this guy to stand properly due to the joint just not fitting together perfectly. 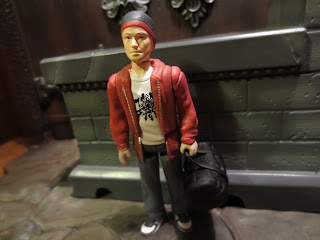 I have to admit that since I have no attachment to this character I'm sure that I'm less excited about it than someone who loves Breaking Bad. That being said, Jessee has some problems. I dig the bag and the designs on his shirt and tattoo on his hand but I'm really upset by the problematic hips that just don't sit flush in a normal standing position and the fact that the head was basically falling off. For a figure this simple to work, it really needs to be executed flawlessly. Unfortunately, it isn't. If I had ordered this figure from somewhere, I would have returned it due to the neck which is broken as far as I'm concerned. At the end of the day, this guy gets a Crap and a 1/2 rating from me.


I have reviewed a number of figures from Funko's ReAction lines, including: