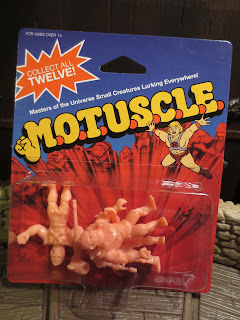 Yesterday I reviewed the first series from Super 7's M.U.S.C.L.E. and Masters of the Universe mash-up line: M.O.T.U.S.C.L.E.! These first appeared at SDCC 2015 but have appeared on Super 7's website at least once now (that's when I ordered mine!). My understanding is that Super 7 plans to keep producing these little guys so hopefully the many fans who missed out will have a chance at these again soon. These guys are quite fun but not without a few problems (which I'll reiterate from yesterday's review below). Looking at these guys, I would love to see Super 7 release these guys in various colors. Man-At-Arms and Beast Man in orange, Trap Jaw in blue, and Teela in red would be fantastic. Today's set includes the basic pink figures of Skeletor, Trap Jaw, and Beast Man. I'm quite glad that Super 7 didn't try to do something like make these randomly packed or anything (like their Alien eggs last year) as that would have been very, very annoying. Ready for a closer look at Skeletor and his two cronies? Then join me after the break... 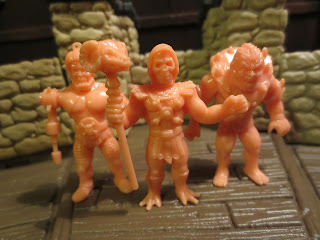 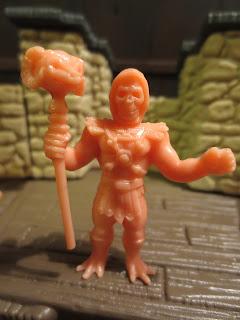 *It's Skeletor, baby! The Evil Lord of Destruction! This guy looks really, really awesome and seems like a perfect match for M.U.S.C.L.E. His vintage armor looks great and does feature some very sharp, crisp detail for a figure of this size. I love his havoc staff, too. It's a bit large but it looks fearsome and works in this style. Let's all do our best Skeletor laughs together, shall we? 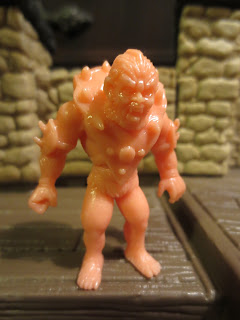 * Beast Man is another guy who fits right in with the M.U.S.C.L.E. aesthetic. He seems just a wee bit bulkier than the others, which I like. He looks vicious and all of the key elements of his vintage outfit are present. Heck, his spikes even look a bit more dangerous here than on the vintage figure. Wouldn't you love to see this guy released in orange plastic? He'd look awesome! 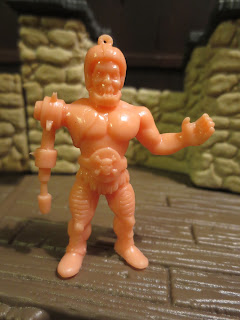 * Trap Jaw is outfitted with his blaster arm and actually looks a but friendly. It's just a ruse, however, as the cool skull & crossbones belt buckle and the giant metal jaw definitely give away his allegiance to the Evil Warriors. Something else interesting to point out is that he has the loop on his helmet so you can out a very thin string through there and allow him to slide down it towards the heroes. Exciting! 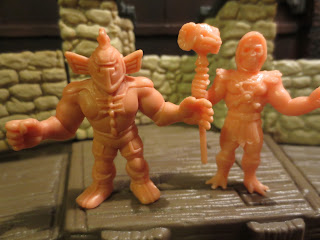 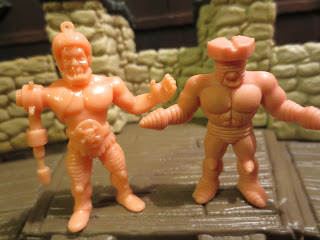 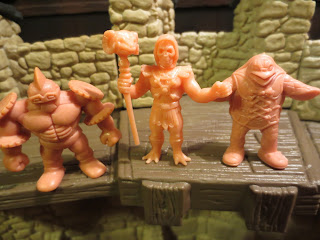 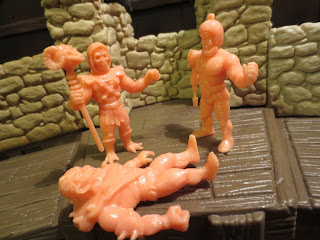 I like these guys. I really do! I just wish that Super 7 would consider making some changes in the future. The color isn't quite right (it's closer to the bootleg M.U.S.C.L.E. figures you could find in vending machines), the plastic is too rubbery, and the proportions aren't right. Since these seek to emulate vintage toys, I feel it's completely justified that Super 7 continue to work on capturing the aesthetics of true M.U.S.C.L.E. figures. These are fun and I'm sure minifigure and MOTU fans will enjoy them, but they still need some work to hang with the big boys. Overall I'm giving them a Good rating!