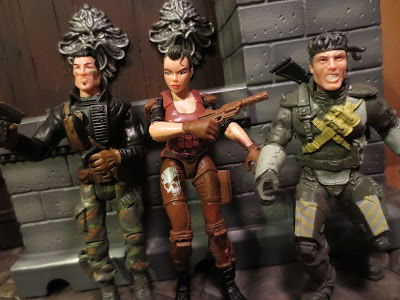 Just yesterday I reviewed one of the new sets of figures from Lanard's newest incarnation of their budget 1/18th scale military line: The Corps Elite! While not as articulated as many 1/18th scale military figures, The Corps makes up for their shortfalls in price. Guess how much a pack of three figures and a motorcycle or small vehicles costs? About $6-$7 dollars. That's cheaper than Hasbro asks for one 5 POA Star Wars figure. Unbelievable, right? While these might not be up your alley, they're a fun line that's easily available at most Wal-Marts across the country. Ready for a closer look at Rain, Puma, and Dozer, the Triple Threat? Then join me after the break... 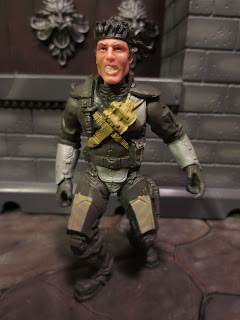 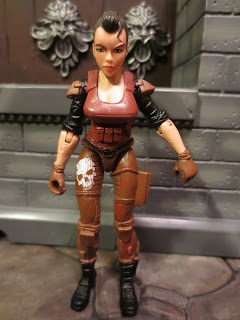 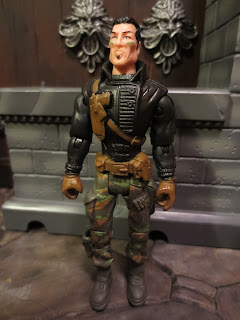 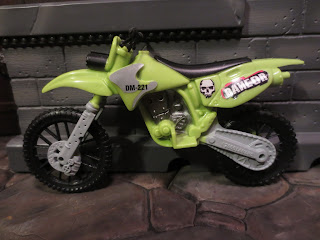 * Even if you're not that interested in it, this set does impress just because it comes with a dirt bike as an accessory. How crazy is that? A vehicle in addition to three figures. The wheels roll and a more well articulated figure like Puma is easily able to hop on board. This thing is named Rancor as well. How wicked is that? 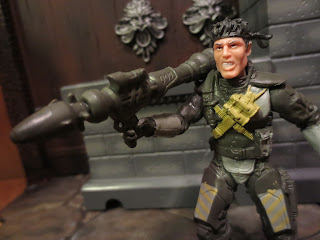 *Holy crap! This is Solid Snake from Metal Gear Solid! While the back of the package identifies this as Dozer, it absolutely looks like Solid Snake. I love the look of this figure. Even though he's a bit exaggerated in the face he still looks really cool and completely decked out for battle. And that missile launcher is not only a fun little accessory but also can be stowed on Snak... I mean Dozer's back. 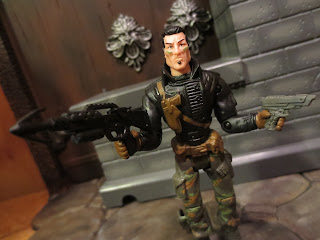 *Rain isn't a bad figure. He's a bit plain but that's OK. He does come with three weapons, though: A combat knife, a pistol that fits in a holster on his right ankle, and a grappling hook gun that can be stored on his back. 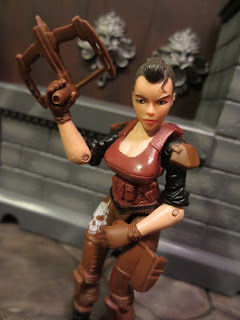 *While she shares the same body as Snake Bite, Puma is still a pretty cool looking figure. Her body armor and uniform are generic enough that a new paint scheme does wonders to differentiate the two characters. the new head sculpt works as well. Puma is one of the bad guys and I think I like her head sculpt a bit better than Snake Bites! 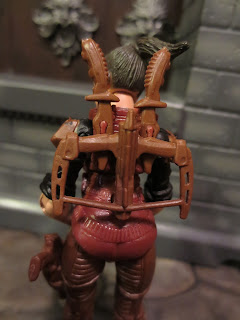 *Just like Snake Bite, Puma can store her crossbow, two knives, and suppressed pistol when not in use. I love when characters can carry all of their gear! If Lanard releases more figures this well designed they'll certainly be getting more of my money! The weapons look nice in the new bronze/ brown color scheme. 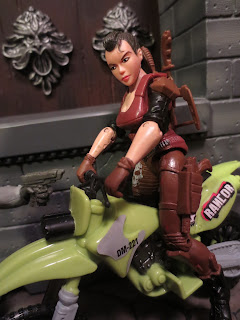 * Puma has some great articulation. While she's not as well articulated as your average modern G.I. Joe figure she still can do most things you'd want her to. She looks great on the dirt bike! 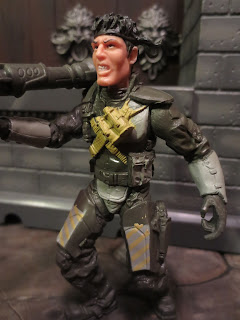 * The most disappointing thing in this set is that the extremely cool Dozer figure only has three points of articulation: Swivel shoulders and a swivel head. Ugghh! This was the coolest looking figure in this set in my eyes, so this is a huge blow. 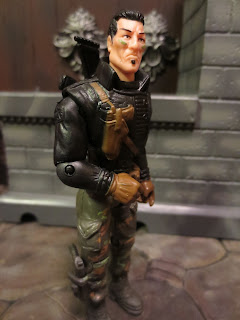 * I'm really a bit mixed on the whole mixed articulation thing going on with these sets. I know that Lanard likes to reuse figures but they're really reusing some figures that are built in very different ways. It's an odd choice and I hope they build a library of new sculpts moving forward. 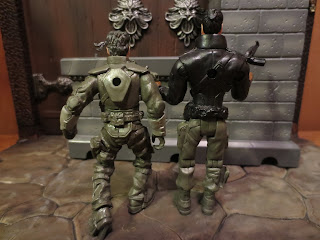 * I mentioned this in my other The Corps Elite review but I really hate when companies fail to paint the back of the figure. Let's be honest: This is absolutely an intentional cost saving device. The consumer can't see it until the package and by then? It's too late to do anything about it. 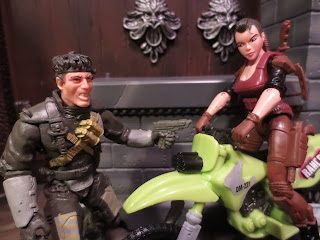 The Corps Elite are fun figures but the scattered mixture of the figures is a bit frustrating. I was really excited by the Dozer/ Solid Snake figure, but he's the most disappointing. Puma is awesome, even a bit cooler than Snake Bite, but Rain is just pretty average. Overall I'm giving this set a Good. This is an awesome set for any kids you know who want to simply play with some quality toys (these are not breakable or shoddily made like many dollar store toys) or for someone who wants something to fiddle around with on their desk while watching a movie or "working." They're excellent impulse buy items.