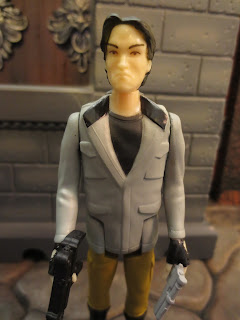 If you didn't check out yesterday's review of Kyle Reese, you might want to do that first. In it I discuss my feelings on how Funko has improved their ReAction line over the past year and why I finally snapped up these Terminator figures. Today I'm just running a quick review on old Arnold here. Yup, it's the Terminator himself from the original film. This is the outfit he wears in the Tech-Noir nightclub early in the film and is a pretty significant look for the character even if it's not the most iconic look from the film (the black leather jacket and sunglasses takes that award.) Ready for a short look at the Terminator? Then join me after the break... 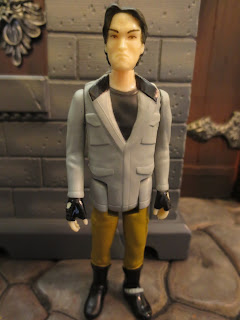 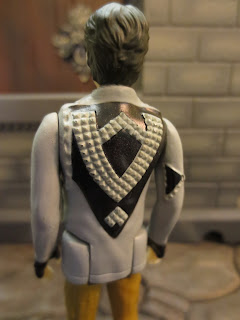 
* The outfit design of the Terminator's gear is pretty cool here. It's very over-the-top with the studs on the back and the various decorations on the jacket. The pants and boots are well designed too, although I do wish that Funko had tried to replicate the loud pattern on the t-shirt. 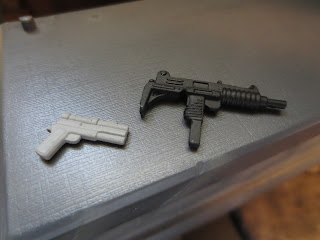 *The Terminator comes with two weapons, both of which are extremely iconic in the film. The first is the AMT Hardballer .45 Longslide pistol, which the T-800 is wielding in the film's theatrical release poster. The second is the Uzi 9mm, another weapon the T-800 takes from the gun shop. Both of these have really nice sculpts for weapons this small. 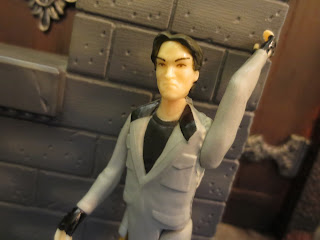 * I'm not a fan of the "feel" of the figure. He feels very hollow and cheap. The articulation was all stuck when I removed him from the package and it took me some time to get his head swivel to work, although it still feels a bit flimsy. I was afraid it might fall off. Funko has made great strides with their ReAction figures in this area over the past year, but this is an example of the early work that didn't quite cut the mustard. 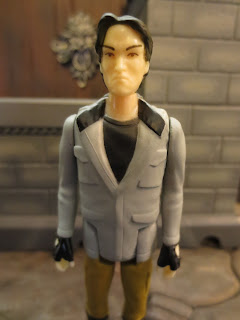 *I know the whole aesthetic of many of the headsculpts in this line is to not really capture the actor's likeness, but this is just an odd looking headsculpt. Maybe it's the sculpt, plastic, paint, or some combination, but it just looks awkward to me. I'm really glad Funko has improved here (I remember hearing something about some of the early figures being made at a factory they weren't happy with, so maybe that was the culprit.) 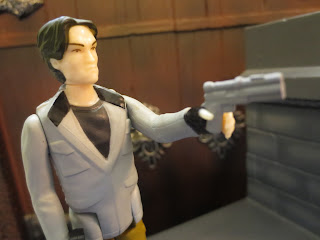 I paid $5 bucks for this guy but other than the accessories I'm still not sure I feel like it was worth it. The Terminator figures overall felt way too slapdash and definitely seem to not really due the ReAction brand justice. I'm glad that Funko's giving the Terminator license another go around with their Terminator 2: Judgment Day line, as it looks to be much improved. Overall, I'm giving this guy an Eh. There are better ReAction figures and Terminator figures out there so don't waist your time.

I've also reviewed Kyle Reese from this same line as well as a Terminator: Genisys 1/2 scale Endo Skull that was a Loot Crate exclusive.

I've also reviewed plenty of other ReAction figures, including: