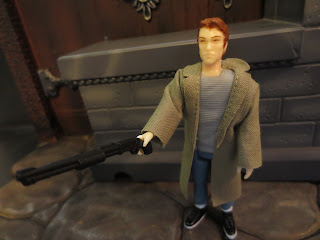 While Funko has really found their groove with the ReAction line this year with a steady string of hits, last year was very hit or miss. While the Universal Monsters and Horror Series were really strong, the Back to the Future, Firefly, and Terminator lines felt rather lacking. Today I'm taking a look back at one of those lesser ReAction lines from last year, The Terminator, because I found a couple of the figures on clearance at a Barnes & Noble for $5. At that price I couldn't resists and so I picked up Kyle Reese and the Terminator himself. Today I'm looking at Kyle Reese. Ready for a closer look? Then join me after the break... 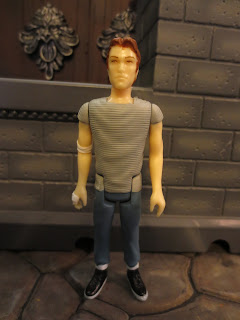 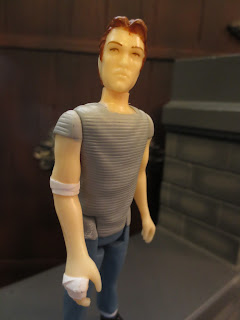 *I'm going to talk about the head sculpt further down, as it's not really that great, but I do want to at least acknowledge the good aspects of Kyle Reese's sculpt. His unusual shirt is nicely textured and I really like the sculpted bandages on his elbow and hand. The asymmetrical appearance of the bandages for some reason really makes me feel a bit more positive about this figure. 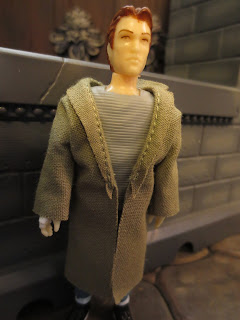 *There are two reasons I bought this figure (other than the price) and one of those was the trenchcoat. It's a rather cool cloth accessory and reminds me of the cloth clothes from some of the later Star Wars figures (particularly Han Solo in his Endor outfit). It's actually pretty well tailored for such a small garment and fits Kyle pretty well. Whether you want to use it to help your future soldier hide his weapons or give it to another ReAction figure to aid them in their career as a flasher, a 1/18th scale trench coat is never a bad thing to have around. 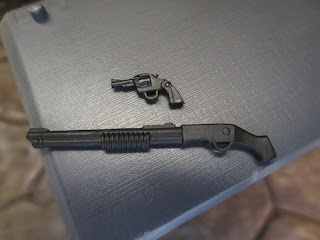 *The second reason I bought this figure is because of the very nice weapons. Kyle Reese comes with two weapons that he actually used in the film: A Colt Trooper revolver and a sawed off Ithaca 37 shotgun. The Colt Trooper is the pistol Reese takes from a police officer when he first arrives in the future while the shotgun is the one that Reese takes from a police car and modifies himself. The sculpting is really nice on these, particularly given how small they are. 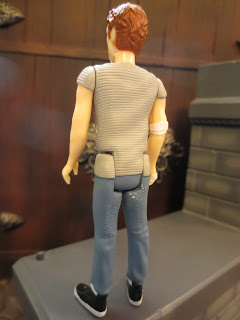 *The paintwork on Kyle Reese leaves a lot to be desired. There's a lot of slop on his shoes and pants. Heck, some of it I'm not even sure as to where it came from such as the white splotches on the back of his jeans. The paint on the head also doesn't do the already blah sculpt any favors and looks overly simplistic, even for a toy trying to match a figure from the early 1980s. 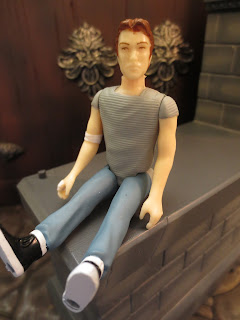 * The headsculpt is definitely the biggest visual weakness of this figure. While the aesthetic of this line is not for the sculpt to truly resemble actor Michael Biehn, I honestly think this looks more like Arnold Schwarzenegger. I get the simplistic "non-likeness" vibe that Funko was going for but there's little to no character in this sculpt. It's just too plain!

*The articulation on this guy is what you'd expect but it feels very fragile. The joints were stuck together at first and still feel a bit flimsy. Funko has really improved the plastic quality on their more recent releases but this guy is an example of some of the earlier misfires. 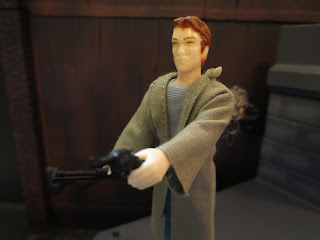 I initially avoided the Terminator line due to the bland sculpts and paint but given that I found this guy on clearance, I snagged him. I really like the weapons and the trench coat but everything else is pretty bland. The somewhat flimsy feel of the figure is definitely also a negative. I'd really have to give this guy an Eh and a 1/2 rating. If you're a massive Terminator fan or a huge ReAction fan you'll probably find something to appreciate but if you're just interested in seeing what ReAction is all about? Look elsewhere.


I've only reviewed one other Terminator item on the site: A 1/2 scale Loot Crate exclusive Endo Skull from Terminator: Genisys.

I've reviewed a ton of other ReAction figures, though, including: