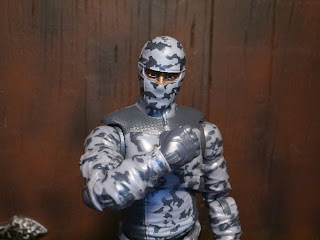 Valaverse's Action Force line has some great characters but they're also offering lots of base bodies and accessory kits that are designed for army building and customizing. I picked up the Urban Combat Republic Guard from Valaverse during their sale in early January so let's take a look at this basic figure. There is an accessory set for him as well, which I'll be reviewing in the next day or so, but for now I'm just checking out the figure. These guys come packaged in a standard cardboard box without the window of the standard releases. The Republic Guard are supposed to be the basic troops of the states that are part of the Republic Territories and this version is outfitted for operating in urban areas. Let's take a look at the Urban Combat Republic Guard and see what you get after the break... 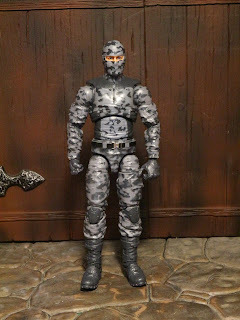 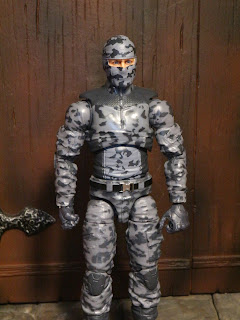 * The Urban Combat Republic trooper is wearing a pretty simple urban camouflaged outfit and nothing more. You'll recognize the main torso here from either the Bone Collector or the Steel Brigade trooper and most of the other parts seem like they're shared with the other figures in the first series as well. it's a great sculpt that still has a lot of personality but it's generic enough that you could use this for a variety of customs. From what I've seen this guy has been the base figure for a number of Firefly customs. 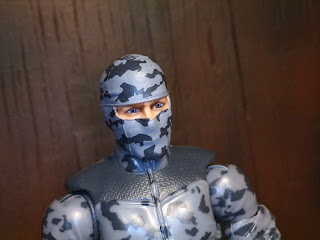 * The Urban Combat Republic Trooper is wearing a camouflaged balaclava. There is some great sculpting work on the wrinkles and the facial features underneath and the eyes, which are all you can see of the trooper, are suitably focused and determined. The set comes with two swappable heads for army building and this one depicts a lighter skinned, blue eyed troop. 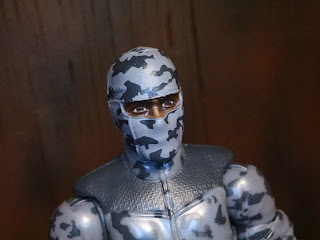 * The second portrait has darker skin and brown eyes. It looks to me to be the exact same headsculpt, just with a different skin tone. This is a pretty cool way to give you an easy starting point for army building with this set for sure. The heads swap easily, too, so no problems there. 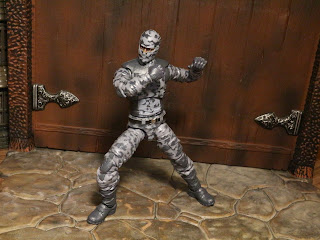 * All of the Action Force figures I own are built similarly to Hasbro figures, particularly G.I.Joe: Classified Series figures. The number of joints and range of motion is excellent. The joints are rather tight at first, particularly around the knees and elbows, so you'll need to use something like a hairdryer or hot water to loosen them up a bit (my figures came with a flyer detailing how to do this) but it worked well and now they're nice and tight with excellent motion. 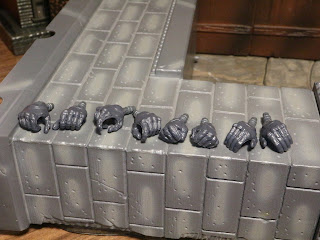 * The Republic Guard comes with eight gloved hands that you can swap out in the same poses as spare hands of most other figures in the line. The pegs are really thick and sturdy though I needed to use a little heat the first time to get them loosened up. There's a pair of standard grips, a pair of pistol grips, a pair of cradling hands for holding the barrel of a rifle, and a pair of fists. 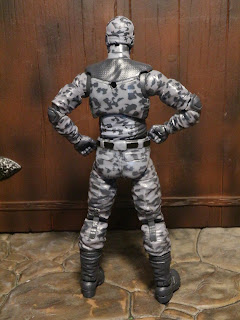 * The camouflage pattern is really good on this figure. It's very nice and clean with a very realistic look to it. It's definitely impressive and I'm curious to see other camo patterns in the future. 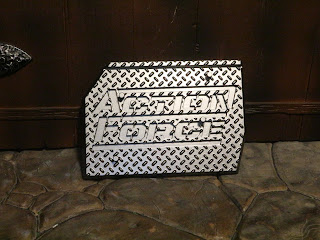 *   I'm impressed that this troop builder figure also comes with a display stand. The metal look of the display stand is fantastic and there are four pegs on the base, making it extra versatile. See that little slit at the back? If you want to cut out the file card from the Republic Guard figure trooper you can even display it behind him. I really hope Valaverse starts offering these for sale by themselves as I'd love to use them for a few other lines. 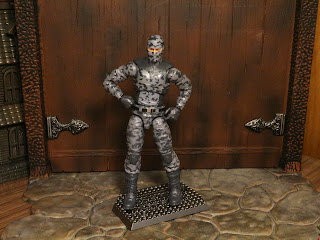 While this guy costs about as much as a standard retail action figure and doesn't come with any actual weapons or accessories, the extra portraits, four pairs of hands, and the stand do give you a pretty good amount of bang for your buck. Whether you're picking up one of the Action Force Accessory sets to gear him up with or you're planning to use him as the basis or a custom, this is a solid figure. I'm sure customizers will especially appreciate having a lower priced source of bodies and parts than the standard figures in the line. He's actually pretty Great with a lot of potential.