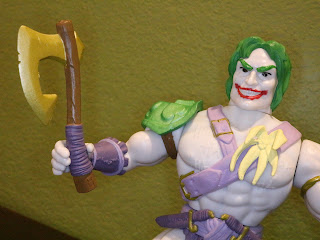 It's taken me a couple of months but I'm finally getting around to finishing my reviews for Series 1 of Funko's DC Primal Age. I'm going to be reviewing the Target exclusive black and grey Batman soon as well but, with the Joker here, all of the standard series 1 figures, vehicles, and playsets have been covered. While I purchased most of the series 1 figures at the same time the Joker took me a little longer to track down. The Target closest to me didn't have any Joker figures even though their shelves were quite full so I had to check other Target stores until I tracked him down. While I know not everyone digs the faux retro lines and the Masters of the Universe styled aesthetic of this line, I sure do. I'm really impressed with Funko's work here and I really hope they at least continue this line past the second series. To be honest, I think I would have liked to have seen what might have been if Funko had been awarded the main DC license for action figures. I'm curious what McFarlane is going to do but I think Funko could have produced great stuff. Hopefully fun stuff like this is still possible for them after this year! Anyways, let's check out this very cool swords and sorcery rendition of the Joker, shall we? More after the break... 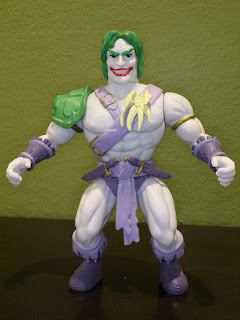 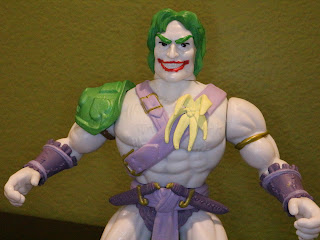 * The Joker is built like every other figure in the line, which is to say he's very much an homage to Masters of the Universe. The Joker might look the most like an MOTU figure, though, as he's bare chested with harness and shaggy, He-Man like hair. I'm a longtime fan of Elseworlds and the mid 1990s Kenner Legends of Batman line and this figure captures the magic of both of those things for me. 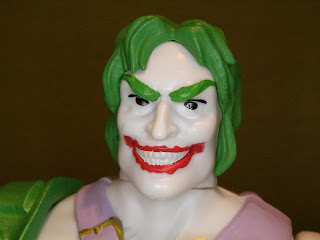 * The headsculpt is pretty creepy. I mentioned it already but the Joker's shaggy haircut definitely makes me thing of the vintage He-Man figure a bit. Of course, the menacing green eyebrows and messy red smile certainly just scream "Villain!" 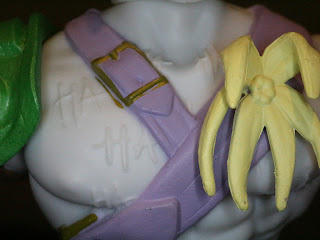 * The Joker's harness has a droopy flower on it (I wonder if it sprays acid?) and, most disturbingly, "HA" scratched into his chest. These are raised, so maybe he just scarred himself over and over to get this effect. Downright creepy, right? 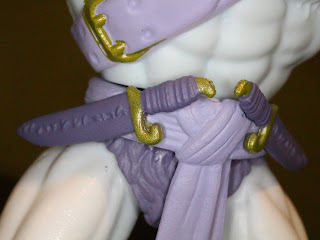 * Two cool daggers are hanging from the Joker's belt. They're not removable but they look pretty nifty and definitely add more detail to the figure. 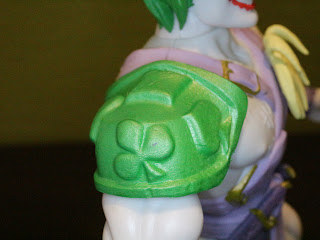 * On the Joker's right shoulder is a metallic green pauldron adorned with the symbols from a pack of playing cards. The Joker Beast had a spade on it along with a joker symbol, so it's fitting to see the connection between the villain and his mount. 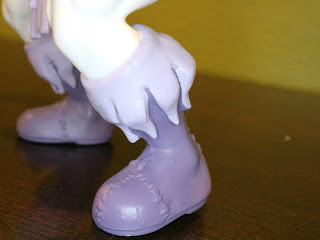 * Not only does Joker have barbarian boots but the cuffs of his boots actually look kind of wilted and floppy. I like it! It just fits the character and ties in nicely with the tails we often see on his coats. 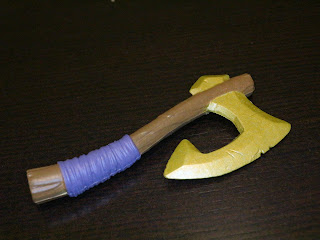 * Joker comes with two accessories, the first of which is a short ax. With a "wooden" shaft, a bronze head, and a purple grip, the sculpt and paintwork is excellent on this. Like with Scarecrow's scythe this is another accessory that easily could fit in with a NECA line or even in MOTUC due to it's overall quality and detail. 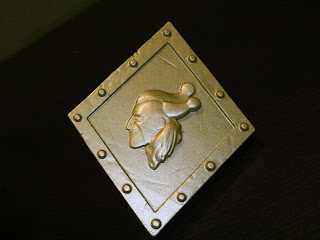 * The Joker's shield is pretty cool, too, as the bronze color matches the ax blade. There's even a little joker relief on the front! 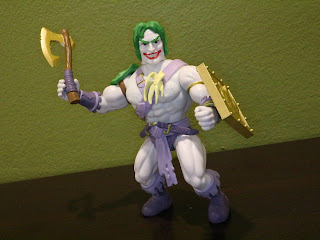 The Joker is another Epic figure in this series. The level of detail is exceptional, particularly for the scale, style of figure, and the price. These guys seem to be selling well and I'm hoping for more of them. I really want a Primal Age Harley Quinn to go with the Joker! While these did come out last year in the flawed Amazon releases (the hips were incorrectly fabricated by the factory, apparently) the Target releases are aces. If these don't somehow end up as one of my top ten toylines of 2019 then I'll be shocked. Funko did a great job with these and the Joker is easily one of the best in series 1.


I've reviewed so many figures of the Joker that he has his own review archive: Check out The Joker's Funhouse for more Joker themed reviews!