Action Figure Review: Skeletor from Masters of the Universe Ultimates by Super7 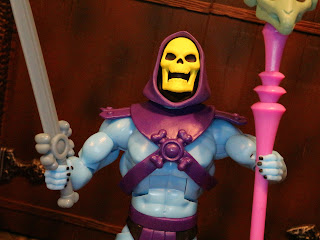 There are going to be quite a few Masters of the Universe reviews over the next week or so and today I'm looking at the counterpart to the Ultimate He-Man: Skeletor! Based on his appearance in the Filmation cartoon He-Man and the Masters of the Universe, this new Ultimate Skeletor utilizes the simpler, less detailed style of the He-Man and the Masters of the Universe/ Club Grayskull toyline. Mattel originally released their Filmation Skeletor back in 2016 but that figure (along with a few others in the series) has gotten to be insanely expensive. Fortunately, Super7 is giving fans another chance to pick up He-Man and Skeletor. It's a smart move which probably will help longer term sales of Super7's Club Grayskull toys as well; no new collectors who just discover the line are going to be picking anything up if they can't easily get Skeletor or He-Man. Let's check out the gloriously evil Skeletor, one of the greatest cartoon villains of all time, after the break... 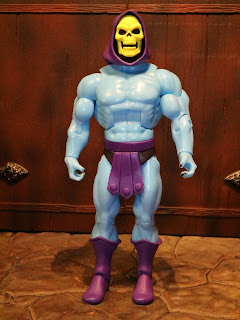 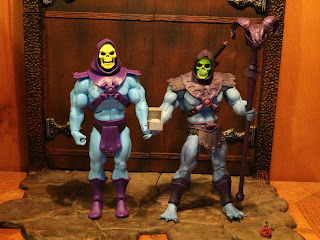 * On the left is the new Ultimate Skeletor while on the right is my original MOTUC Skeletor with the Alfredo Alcala styled head that came with Demo-Man and the Diamond Ray of Disappearance included with Lizard Man. While the underlying body is similar you can see how the level of detail on the outfit pieces makes these two look so different stylistically. 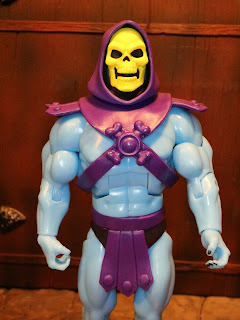 
* While it's a different style than my beloved MOTUC figures, I really do like the design here. While I've never been a fan of the oversimplified look creeping into MOTUC, it works great for its own separate line or sub-line. The bulky look of MOTUC is still present but the smooth armor and headsculpt along with the brighter colors definitely create an appealing looking figure that looks like it stepped right out of a cartoon. 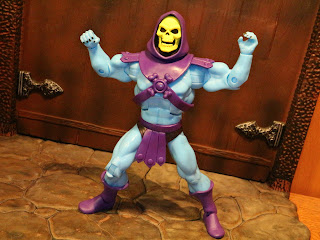 * The articulation is strong. Super7 has continued to add new joints such as the improved ankles and the swivel/hinged wrists. He feels quite nice and and is as fun to play with as you might expect a Skeletor figure to be. 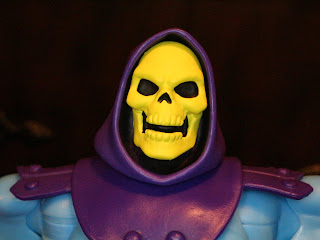 * Skeletor comes with two interchangeable heads, both of which feature the villain's classic bright yellow skull. The likeness to Skeletor's Filmation counterpart is excellent and Super7 definitely improved upon Mattel's release by painting the interior of the hood black to give the illusion that the skull is simply floating inside of the hood. It's quite cool. 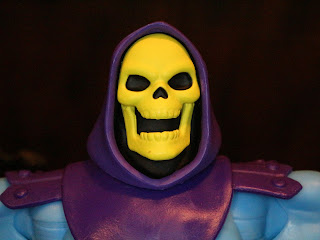 * Skeletor's second head at first might look identical to the first but it actually is designed to look more like Skeletor's classic laughing face. This is definitely my favorite of the two portraits as it is endlessly fun to play with while mimicking Alan Oppenheimer's laugh. 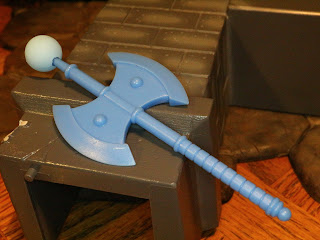 * Skeletor comes equipped with a nice assortment of weapons. First up is his ax which he wielded in the first episode of the Filmation cartoon. Plundor came with a version of this ax back in 2014 but this one definitely is more suited to the Filmation style. 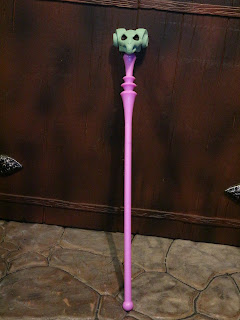 * Super7 of course had to give us Skeletor's Havoc Staff, so here it is! It's long, purple, and makes for an excellent complement to the figure. It's easily Skeletor's most memorable weapon so it's nice to see that it turned out so well. 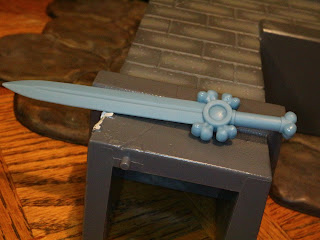 * Skeletor also comes with the sword he used in the Filmation cartoon series. Lizard Man came with a version of this sword, too, but this one actually seems to have a stronger sculpt than the original version. It's a really cool sculpt and looks accurate to the cartoon art. 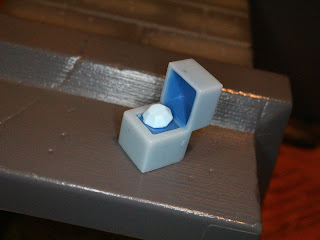 * Skeletor's fourth actual accessory is the Diamond Ray of Dissappearance from the episode of the same name. This is another accessory that Mattel released (also included with Lizard Man) but here Super7's sculpt is superior. The diamond is smaller and the box is more traditionally square shaped. It isn't removable and the box doesn't close but it looks great. 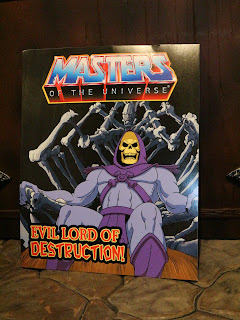 * Like He-Man, Skeletor also comes with a mini art print. On the back is the bio for the figure, printed as if it were written by Scrollos himself. While it's a simple paper accessory I really like the concept. I wish the entire MOTUC line had included the bios on collectible cars with artwork! While Super7 has their struggles they're great at making aesthetically pleasing packaging and pack in materials. 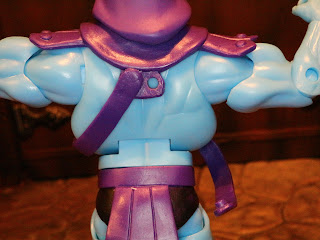 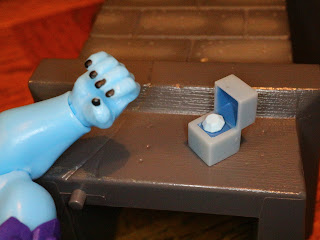 * Mattel's version of the Diamond Ray of Disappearance featured grooves on the bottom of the case so that Skeletor could hold it. Super7's doesn't have any such feature which means there's really no good way for the figure to hold the accessory. 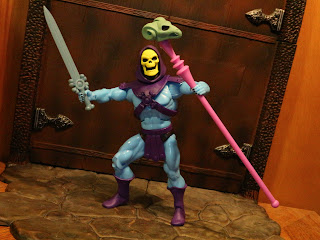 Skeletor is another cool figure in the Ultimates line. While he definitely is a better figure than the He-Man figure (due to He-Man's somewhat waxy looking body), I wish Skeletor had come with a least one more alternate portrait, maybe one with a moving jaw or something. Still he's a Great figure and a really fun toy. If you're a fan of the Filmation series or just looking for a pretty cool Skeletor figure, this is a good choice. I'm happy to have him and will gladly keep him as part of my Club Grayskull collection.

For more Masters of the Universe Ultimates, check out the following:
He-Man (Filmation)