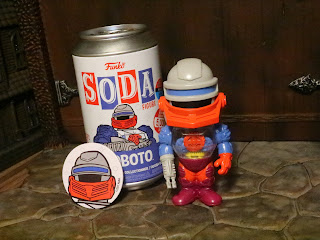 Part 2 of the Vinyl SODA Masters of the Universe Mini Marathon continues and this time I'm checking out Roboto! Roboto was a NYCC 2021 exclusive that was also shared with Toy Tokyo but I couldn't get him from any official source. I ended up buying him on Ebay for... less than retail price? Yes, that's correct! It turns out that lots of folks by these, sell the chase variants for pretty high prices, and then sell the commons for retail or less. If you're just concerned with getting the basic characters you can get some fantastic deals! Roboto does have a metallic variant (800 of the 5,000 figure run) but the standard figure looks great to me. Roboto has gotten a lot of love lately and it's time for another version of him. Let's check him out after the break... 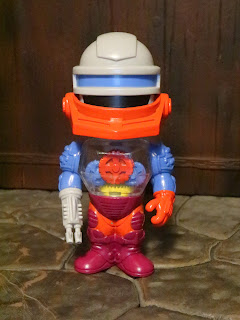 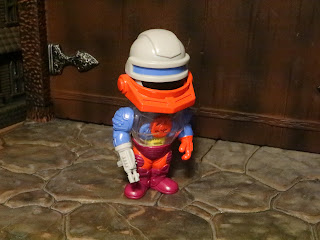 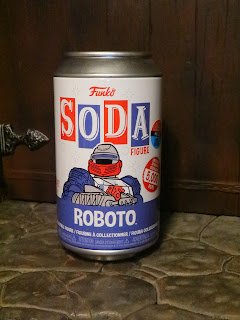 * I'm still loving the cans these come in! The soda can design is incredibly cool and makes for a rather unique display piece on a shelf. What would Roboto soda taste like? I've never had Irn-Bru, but I think having an iron additive to a clear, fruit flavored soda might work. And maybe throw in some of those little gelatin balls, like Orbitz. You know, like his gears "hovering" in his chest. The can displays all of the expected labels (including a con sticker) while the back shows off the figure and includes all of the legal info, etc. The top of the can separates so you could use the can to store trinkets as well, and it's even sculpted to look like the top of a soda can. It's made from a much more durable metal than your average soda can, too, so it's quite a nice collectible. 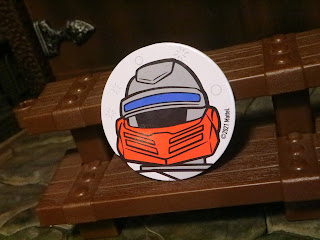 * Inside the can is a round, sturdy cardboard disc. It's kind of like a POG, though a bit larger. On the front is Roboto's ... face? Head, I guess you'd say. The back has the figure's name and the edition size. 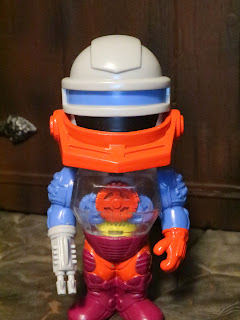 * Here's Roboto! He's really cool looking with bold red and blues, a clear chest with visible gears, and purple legs. The legs were silver on the vintage figure but over time moist of the vintage figures began to experience the silver paint breaking down, causing them to turn purple. Funko has used this design on the POP! Roboto as well and I kind of like it. His arms are covered with wires and such and he's pretty detailed. 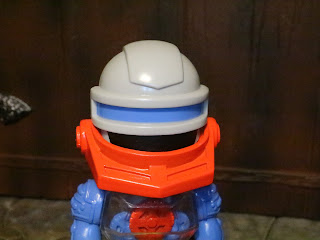 * Roboto's dome is great. He's got the big knight styled duck bill beak/ mouth and a cool blue visor. It's kind of simple but works so well for the characters. There's just something very lovable about Roboto, isn't there? 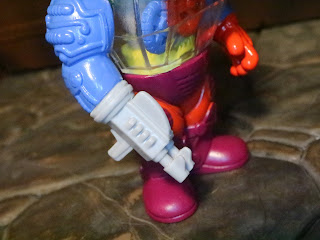 * Roboto is rocking his laser cannon on his right wrist. It's well detailed and looks fantastic. I can never decide if I prefer the laser cannon or the double bladed axe but I'm happy with what we got here. 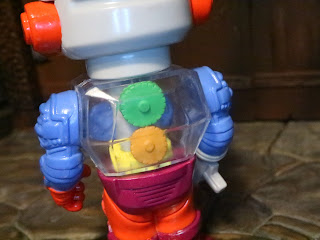 * Roboto's torso is transparent and you can see the gears inside of him. There's even a yellow gear on the bottom which is easy to miss. This is pretty elaborate for a simple vinyl figure and it looks fantastic. 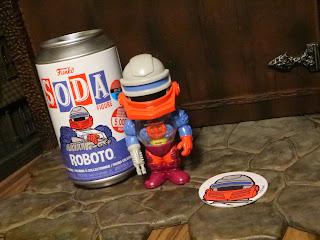 Roboto gets an Epic rating from me. I think he turned out darn near perfect for one of these little vinyl guys. Great colors, a very detailed chest cavity, and a fun design make this a wonderful depiction of Roboto. The Vinyl SODA series is one that just gets cooler and cooler the more characters you add to your display and, fortunately, Funko is adding lots of MOTU characters. If you're into these little guys shop around for the commons and you might find a good deal. They're really fun and some of my favorite MOTU collectibles out there right now.