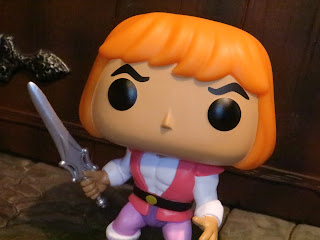 Funko has put out a ton of Masters of the Universe POP! vinyls out lately, haven't they? Today I'm checking out the last standard figure from the most recent series of regular releases: Prince Adam! The colors of Adam's outfit definitely show that he's based on the Filmaton animated series "He-Man and the Masters of the Universe" versions of the character who I have no shame in admitting is one of my favorites. I love Prince Adam and Cringer's overall goodness and silliness. I'd gladly wear an outfit like this all day every day if it meant I could hang around with Cringer, swapping witty banter. I'm allergic to cats in real life, though, so would I be allergic to Cringer? I would hope not! Let's take a look at Prince Adam, the recipient of Fabulous Secret Powers, after the break... 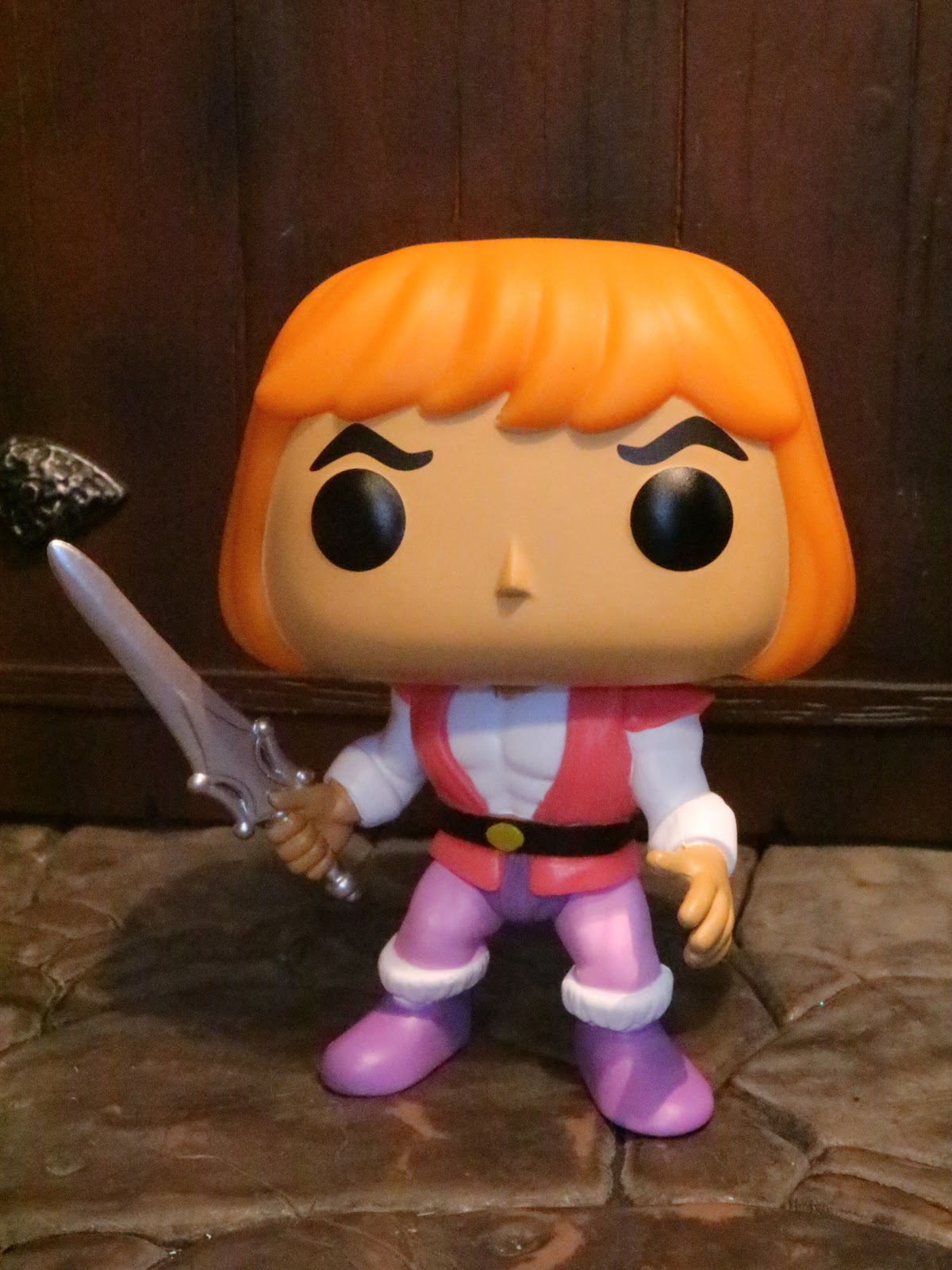 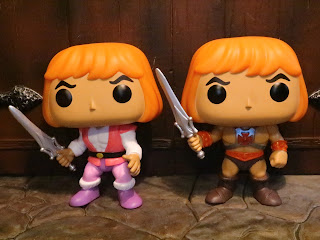 * Prince Adam is on the left while the most recent standard He-Man figure, He-Man #991, is on the right. While the bodies are completely different these two do look like they share the same headsculpt. Funko has used this headsculpt for He-Man/ Prince Adam since He-Man (Battle Armor) #562 from 2017. 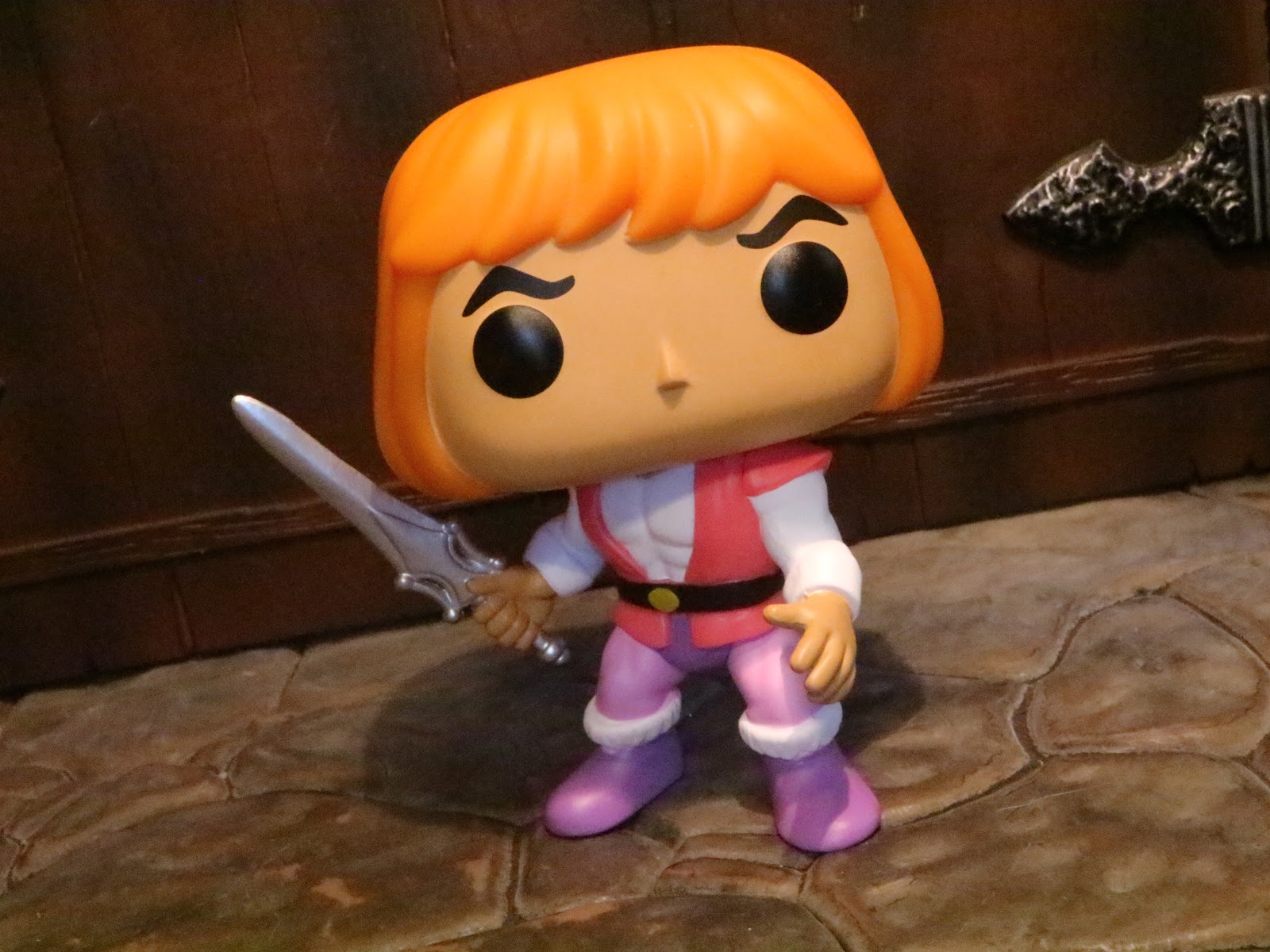 * Prince Adam is a fairly colorful POP! vinyl that should be easily recognizable to anyone with even a passing familiarity to the character. Like most POP! vinyls his head swivels easily and he's in a bit of a pose. It's not too dynamic but it does kind of look like the Filmation still where he's in a bit of a battle stance with the sword in his right hand. 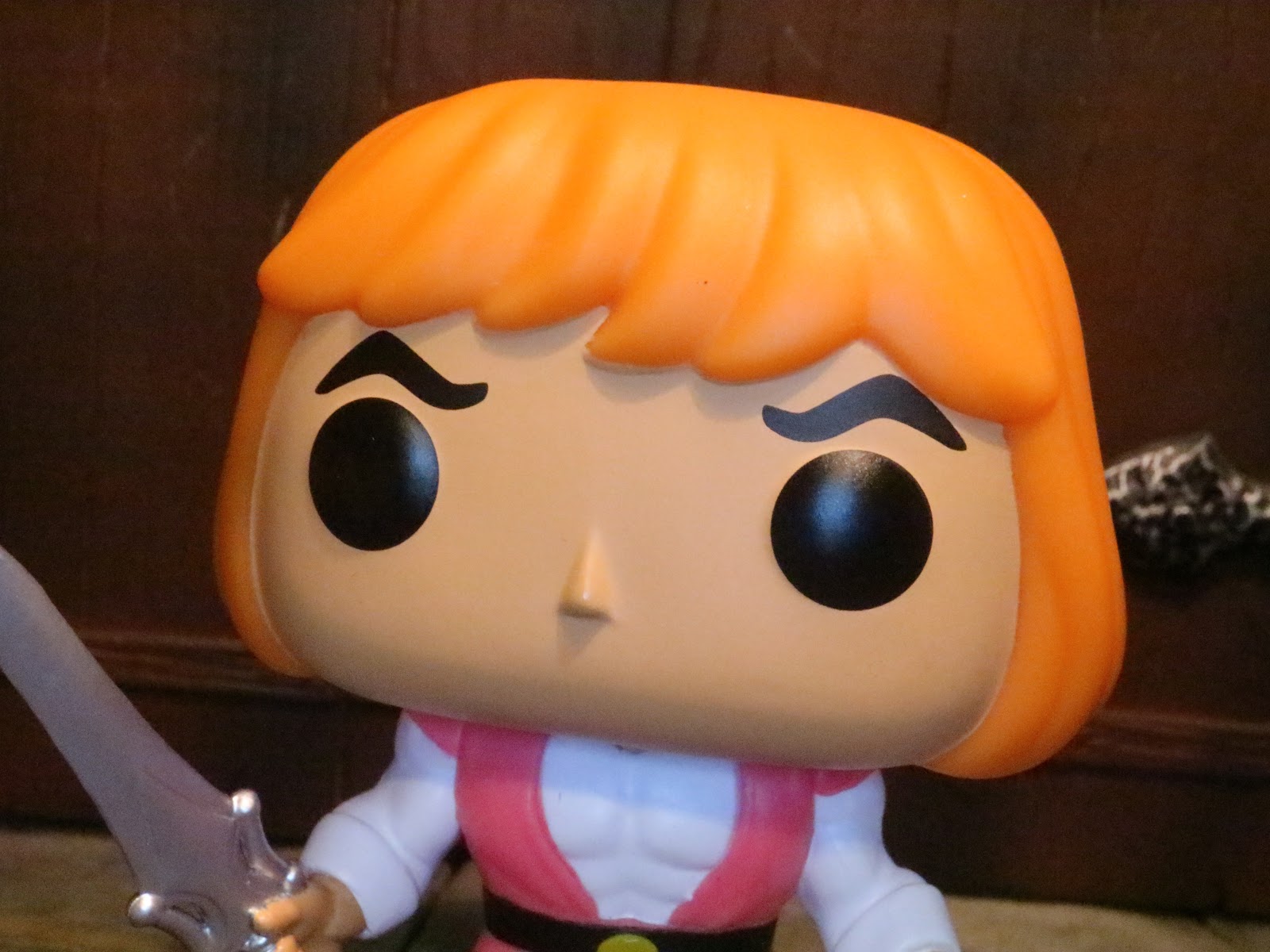 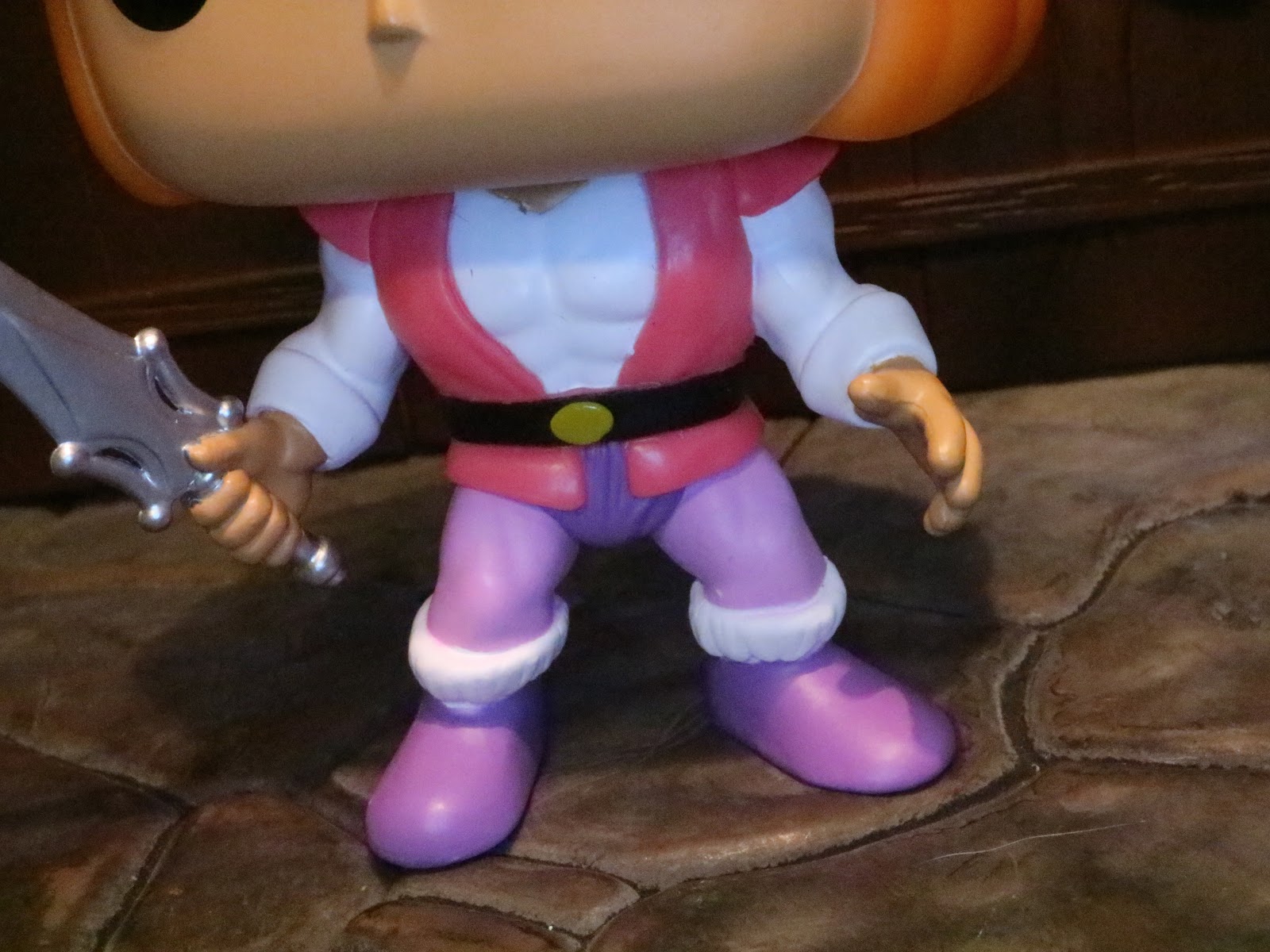 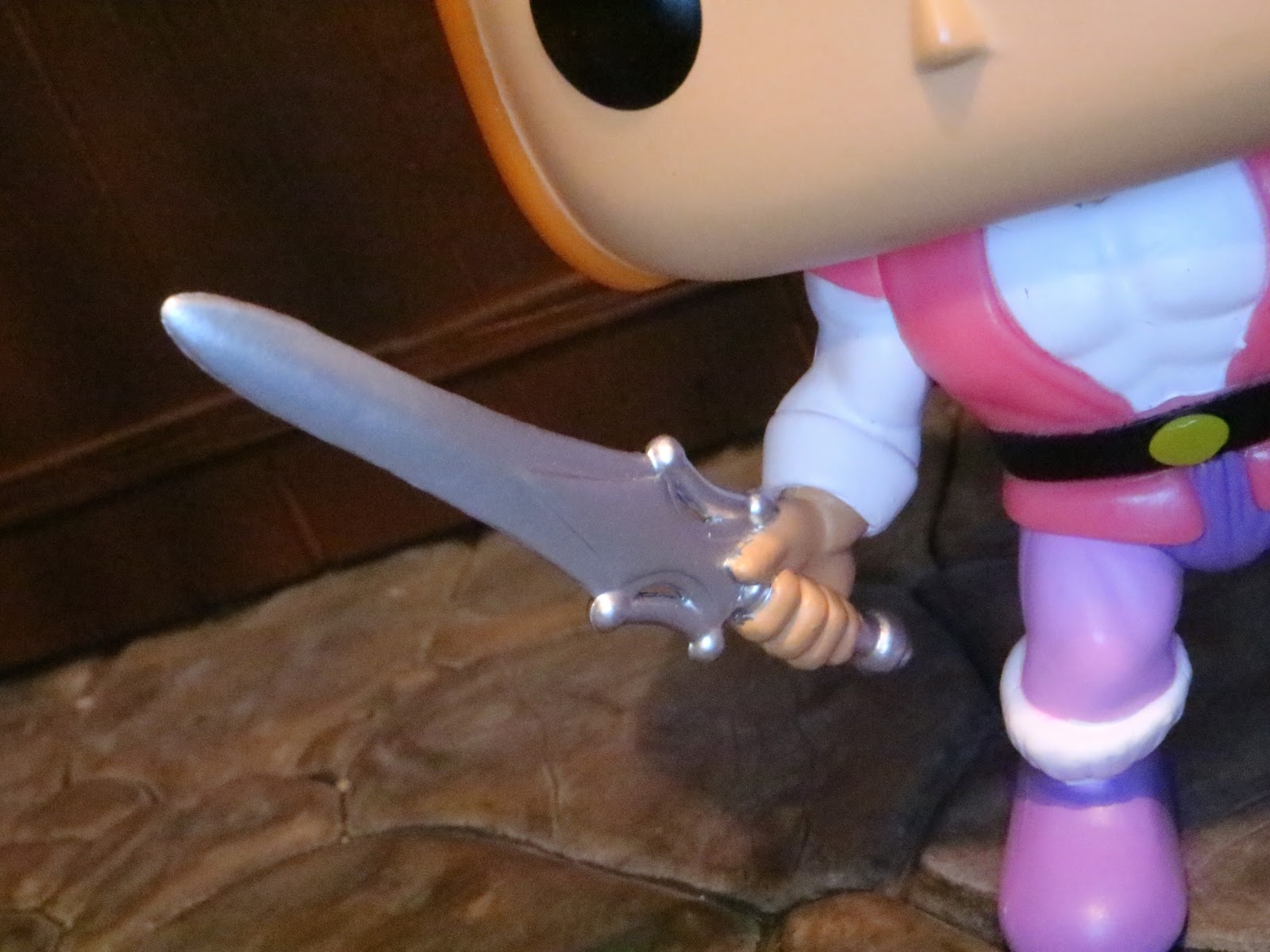 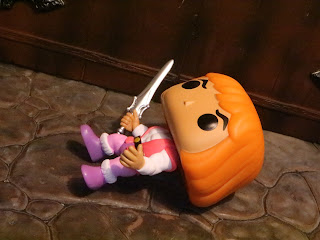 * I'm not sure if it's the size of Prince Adam's hair or the way his body is positioned but sometimes I have a really hard time standing this guy up. Take note! 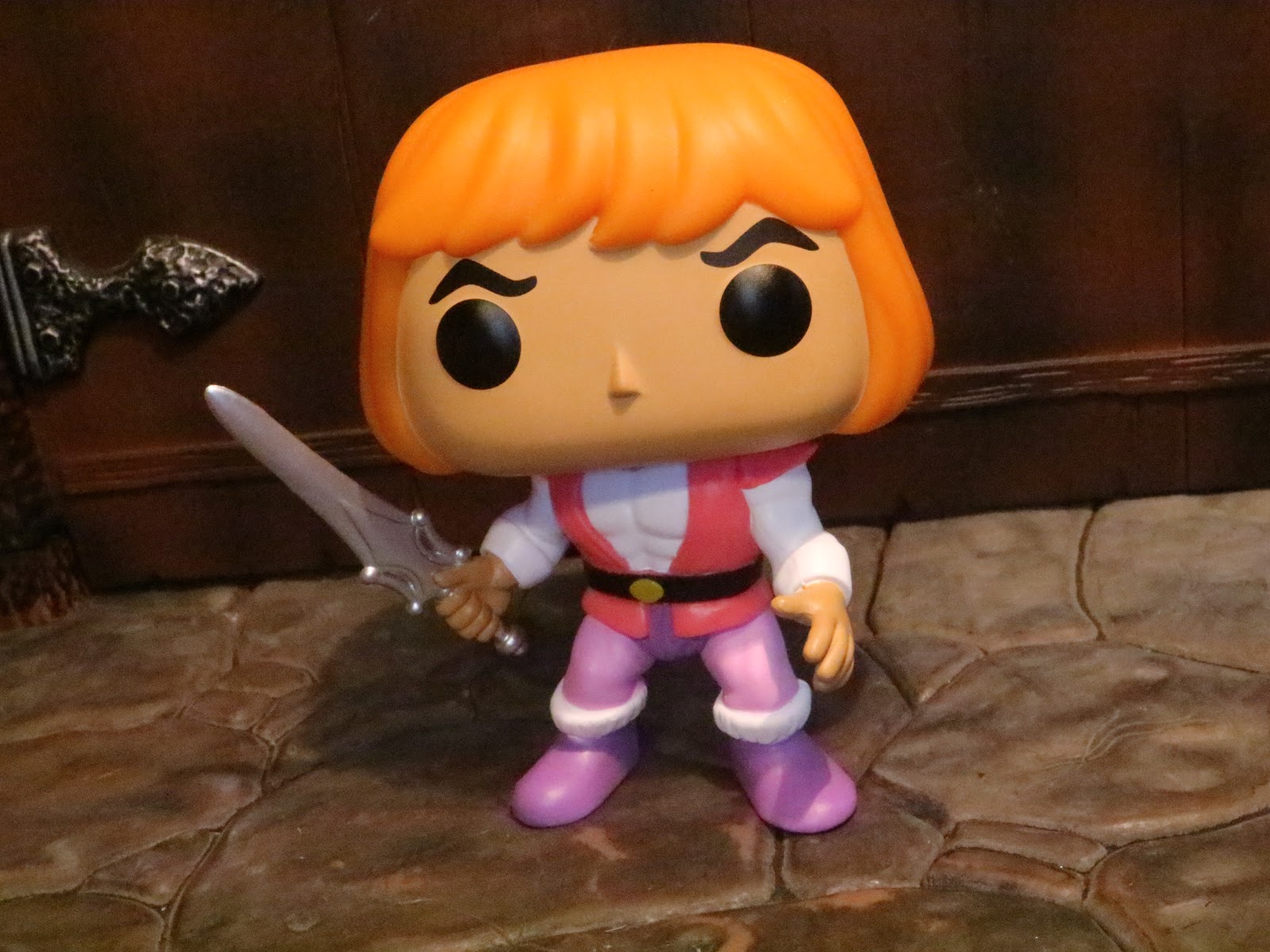 Prince Adam might not be the exciting POP! in the newest series of MOTU POP! vinyls but he's still a pretty fun take on a very iconic cartoon character. I love the colors on him. I do have to admit that him falling over rather easily is a bit frustrating, however. If there's one thing a POP! vinyl needs to be able to do it's stand on a shelf properly. Overall, I'm giving him a Good and a 1/2. Get him balanced right and you should be pretty happy with him.

Which incarnation of Prince Adam is your favorite? Let us know in the comments below!