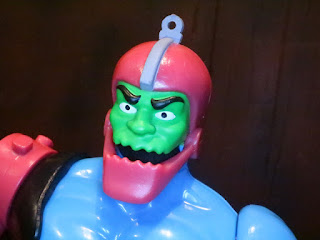 Why Trap Jaw-ly? Why not? Trap Jaw is one of the most popular of the Evil Warriors and his name made a good pun when paired with July. It was just too perfect to pass up! I'm really having fun with these themed Masters of the Universe months and I hope you're enjoying them, too. So far we've had Moss May and JuNe Adventures and now we get a month filled with Trap Jaw reviews. Awesome!

Before things kick off, here's a sample of the Trap Jaw reviews already featured on the site: