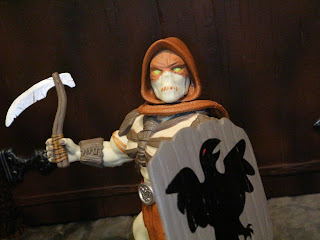 The second series of DC Primal Age figures are starting to show up online in a few places. Will I complete reviewing the first series before the second series arrives? Let's hope so! Today I'm checking out another villain in the series and this time it's the villainous Scarecrow! Do you think the master of fear fits well within the DC Primal Age line? I definitely do! He's really cool as he kind of brings the same vibe as Skeletor and Scareglow while also bringing his own unique and terrifying charm. I'm always down for a Scarecrow figure as he is one of the Batman villains who often gets a very unique makeover whenever he shows up in a new toyline. Let's check out the DC Primal Age Scarecrow after the break! 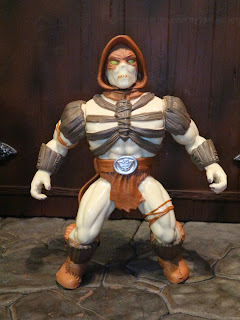 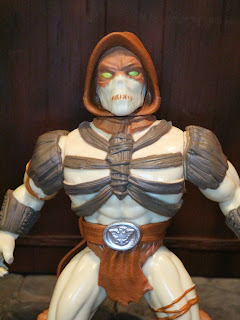 
* Scarecrow looks really cool and very different from many of his more familiar looks. While figures like Green Lantern and Batman are instantly recognizable, Scarecrow feels quite different and seems to have more attention on making him look cool rather than making him instantly recognizable. I love the wood-like armor, the pale skin, and the mixture of tans and browns. He's a great design and would fit in really well with any number of barbarian-fantasy lines. 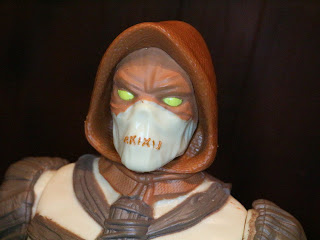 * The headsculpt is pretty neat and definitely makes Scarecrow look fairly non-human and creepy. I love the green eyes! He also has a molded hood, not unlike the vintage Skeletor figure, that is tied with what looks like a cord of rope. 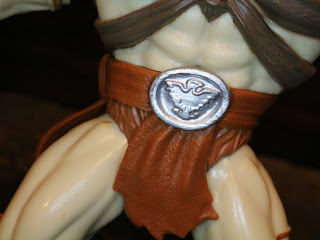 * Scarecrow wears a belt with an emblem of a crow for the buckle. The belt is a separate piece attached over the MOTU-like loincloth and it just looks incredible. I don't like wearing shorts but if I had the thighs for it, like ol' Scarecrow here, I'd consider wearing an outfit like this every day. 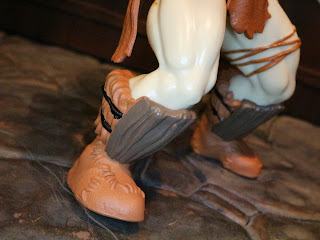 * I like the furry, stitched together boots that Jonathan Crane is sporting here, especially because he's got some very cool armored wooden greaves. These absolutely look like something that the Scarecrow just cobbled together and add to the savage, barbarian-fantasy feel of the outfit's design. 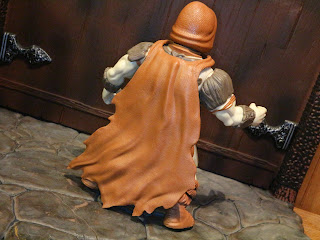 * The Scarecrow's cape is really well done. It looks weathered and worn and is molded from a very nice flexible rubber. It easily slips around his neck and the color matches his hood very well. it's one of the best capes in the line. 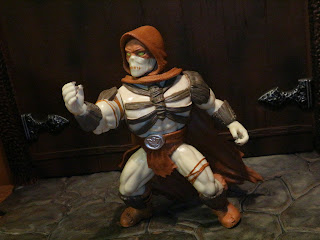 * Scarecrow is definitely built quite similarly to a Masters of the Universe figure or any other similar barbarian fantasy figure from the 1980s, although his hip joints are more traditional ball joints rather than the rubber banded legs of the vintage MOTU figures. I know the Amazon releases of the DC Primal Age figures had some extremely widespread breakage issues with the hips but the Target releases from 2019 seem quite sturdy. 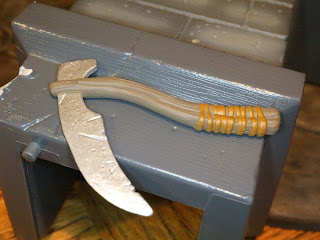 * Scarecrow comes armed with a short scythe that seems like it would make a fairly wicked hand weapon. The sculpt and paintwork on this is pretty good. I'm not going to say too good for the retro line as I'm definitely OK with some modern toy techniques in this line but this definitely could come with a NECA horror figure and no one would bat an eye. 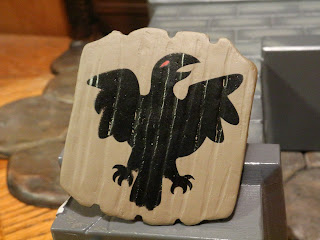 * My favorite accessory from this figure, and possibly one of my favorites from this line, is the shield with a black crow on it. The shield is made from rough wood and features a crudely painted crow on the front with a red eye. It looks like something you might see in Game of Thrones and is a fitting emblem for the Scarecrow. The clip for the shield seems sturdier than the translucent clips, but I'm still being careful! 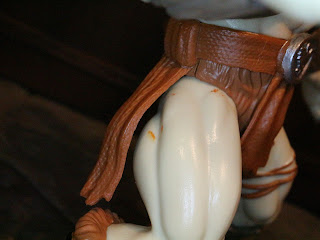 * Scarecrow's hips have a lot of paint rub from his belt. Not sure what happened here but I'm assuming things were put together before parts were fully dry. 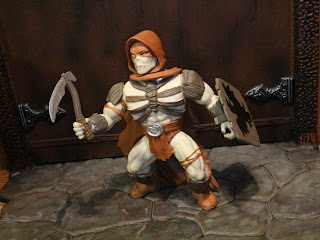 Scarecrow is not just a cool Primal Age figure but he's both a great Scarecrow figure that presents a new and unique look for the character and a really cool barbarian-fantasy figure. Someone who just collects figures in this size and scale could easily work this figure into whatever line they wanted. The figure is definitely more modern in it's sculpting and paintwork than its 1980s ancestors, but that doesn't make it any less cool. I'm giving Scarecrow an Epic: Funko has done some great stuff with this line so far and Scarecrow is one of the best thus far!