Action Figure Review: Shedusa from The Worst by Super7 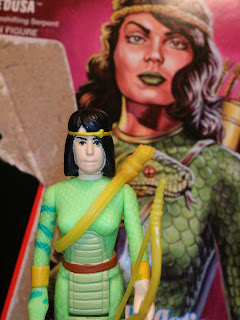 It's been almost two weeks since my last review of a figure from series 2 of Super7's The Worst but today I'm back with a look at another villain from this series: Shedusa! Offering up a new take on a Medusa styled figure, Shedusa is an interesting figure. She seems a lot more colorful than most other figures in the line and actually has a regular human face unlike any other member of The Worst. Ready for a quick look at this slithery archer? Then join me after the break... 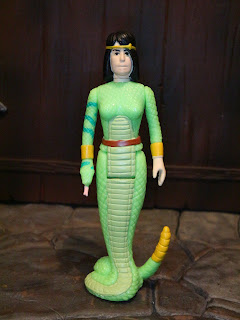 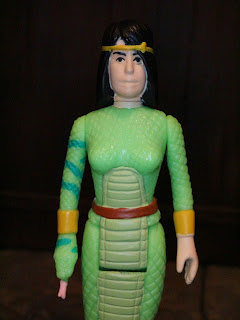 * Rather than have a snake-like had, Shedusa has a fairly normal looking head (more on that in a bit) with a snake like body. The sculpting is pretty cool here with lots of scales and other little details. Again, this definitely looks like a late 1970s/ very early 1980s action figure (I'd compare it to something from Mattel's Clash of the Titans line) which is true to the aesthetic Super7 was going for. The paintwork is rather colorful and well applied. 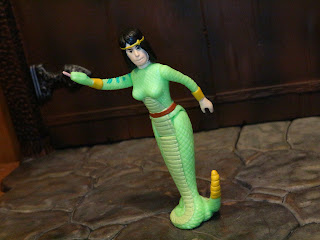 * If you've ever picked up a retro figure like this, you probably know what to expect: 5 points of articulation and all swivel joints. Well, that's true here expect that Shedusa has a tail rather than legs, so she only has 4 points of articulation. She feels quite well made and sturdy and definitely of a better quality than some of the earlier Funko ReAction figures that Funko put out. Super7 has been very consistent in the quality of their ReAction lines. 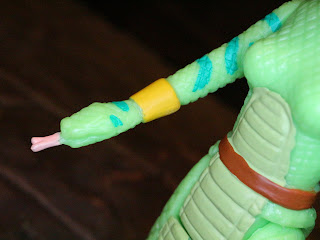 * In a detail that would be fitting for one of the Snake Men, Shedusa has a snake for a right hand. Yes, her right hand is literally just a snake complete with an extended tongue. How awkward! Is this really Shedusa and the human head is just a facade? What's going on here? 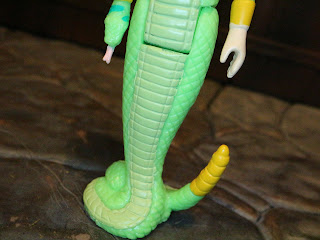 * Rather than legs Shedusa has a coiled tail that serves as a stand for her. It's quite cool looking and even has a rattler on the end. 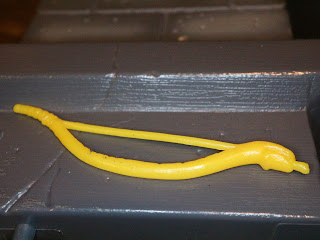 * Shedusa has two accessories, the first of which is a bow. The bow is molded from simple plastic and definitely feels like a vintage accessory due to it's size and simplicity. It also has a cool design: The bow is actually made of a curved snake. See the rattle and the head? 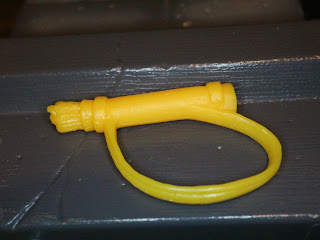 * Shedusa's second accessory is a quiver of arrows. This fits over across her torso and gives her a place to store all of her (presumably) venom tipped arrows. 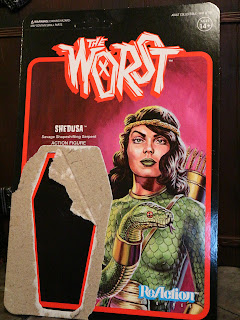 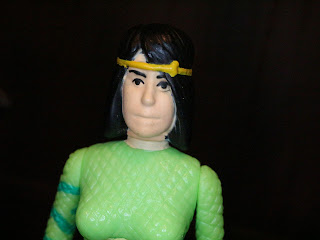 
* I'm not feeling the headsculpt. It's very... just plain. Where's the green lipstick? The wavy hair like in the picture? It's just rather plain and uninteresting, sadly. 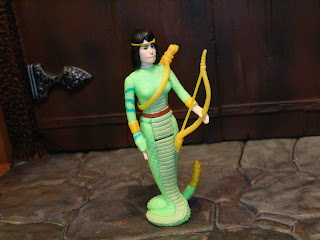 While the headsculpt isn't that impressive, everything else about Shedusa is. She's got cool accessories and a killer design, particularly the snake hand. Shedusa is a Great and a 1/2 figure and another solid entry in The Worst series 2. I'd love to see Super7 take these designs and create larger 6-7 inch scaled figures to hang out alongside of MOTUC, wouldn't you? Shedusa would be awesome as a member of the Snake Men. As it stands, she is still cool simply as a member of The Worst.


This is the first figure of Shedusa I've reviewed. For more reviews from The Worst, check out the following: