Action Figure: Cortex Commander from The Worst by Super7 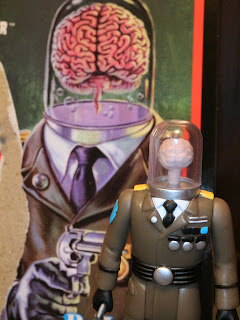 While we don't know much about the leadership structure of The Worst, I believe we can say with confidence that Cortex Commander is the .... brain of the operation. OK, bad joke! I really like The Worst. Super7 really does a good job with most of their ReAction figures and the idea of a line consisting solely of absurd villains is just too fun. Today I'm checking out Cortex Commander from Series 2, a villainous military officer billed as the Ruthless Mastermind of Chaos! These figures are really fun amalgams of all sorts of villainous tropes and Cortex Commander is one of my favorites. He reminds me of a character from a Mike Mignola comic, particularly one of the villainous Nazis from Hellboy, or perhaps a villains from The Tick. Let's check out this cool new addition to The Worst after the break... 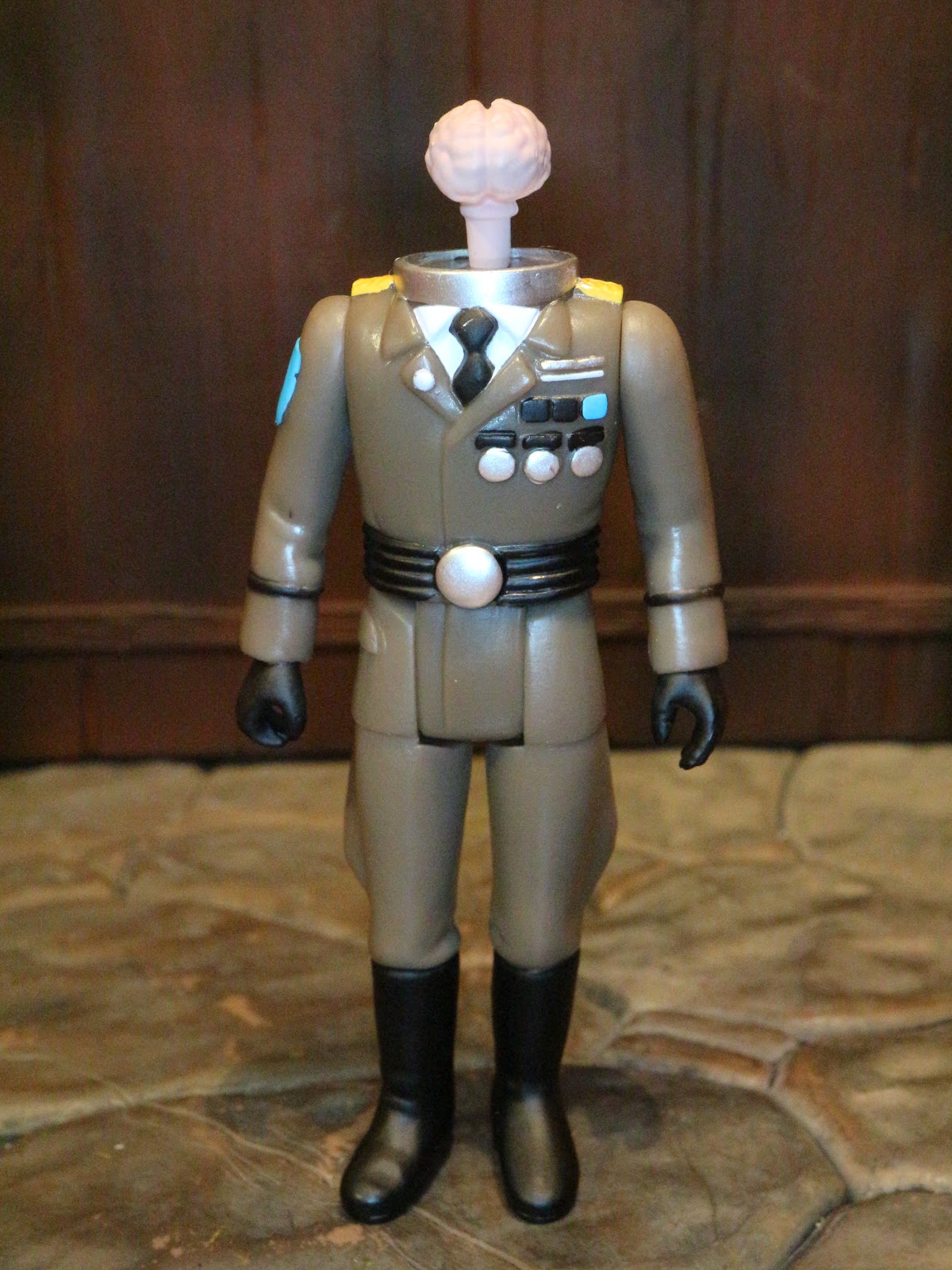 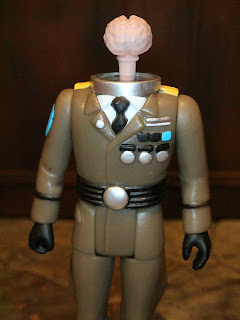 * From the neck down Cortex Commander is pretty basic and could easily be any villainous military officer. Of course, the absence of a head in favor of an exposed brain definitely tells us that something isn't right. The military styled suit features lots of little details such as epaulets, a necktie, and a chestful of medals and ribbons. The pants are even all flared out, which is a fun detail. That seems to be a design that older styled outfits like this had. 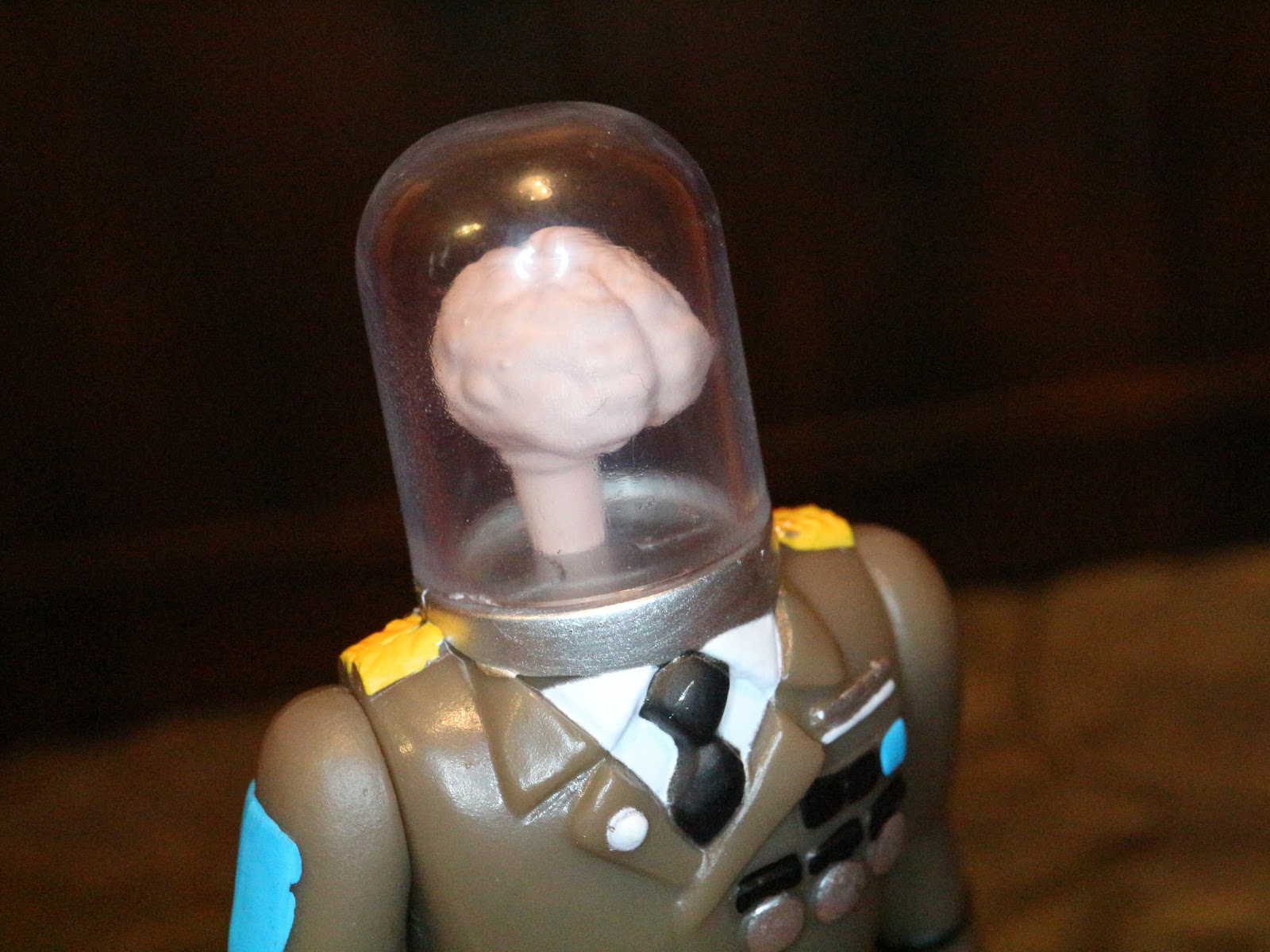 * Rather than a head Cortex Commander has an exposed brain covered by a clear dome. The dome is removable and the brain stem can rotate. The dome won't fit on if the brain is turned too far to the left or right but it's still a cool feature. 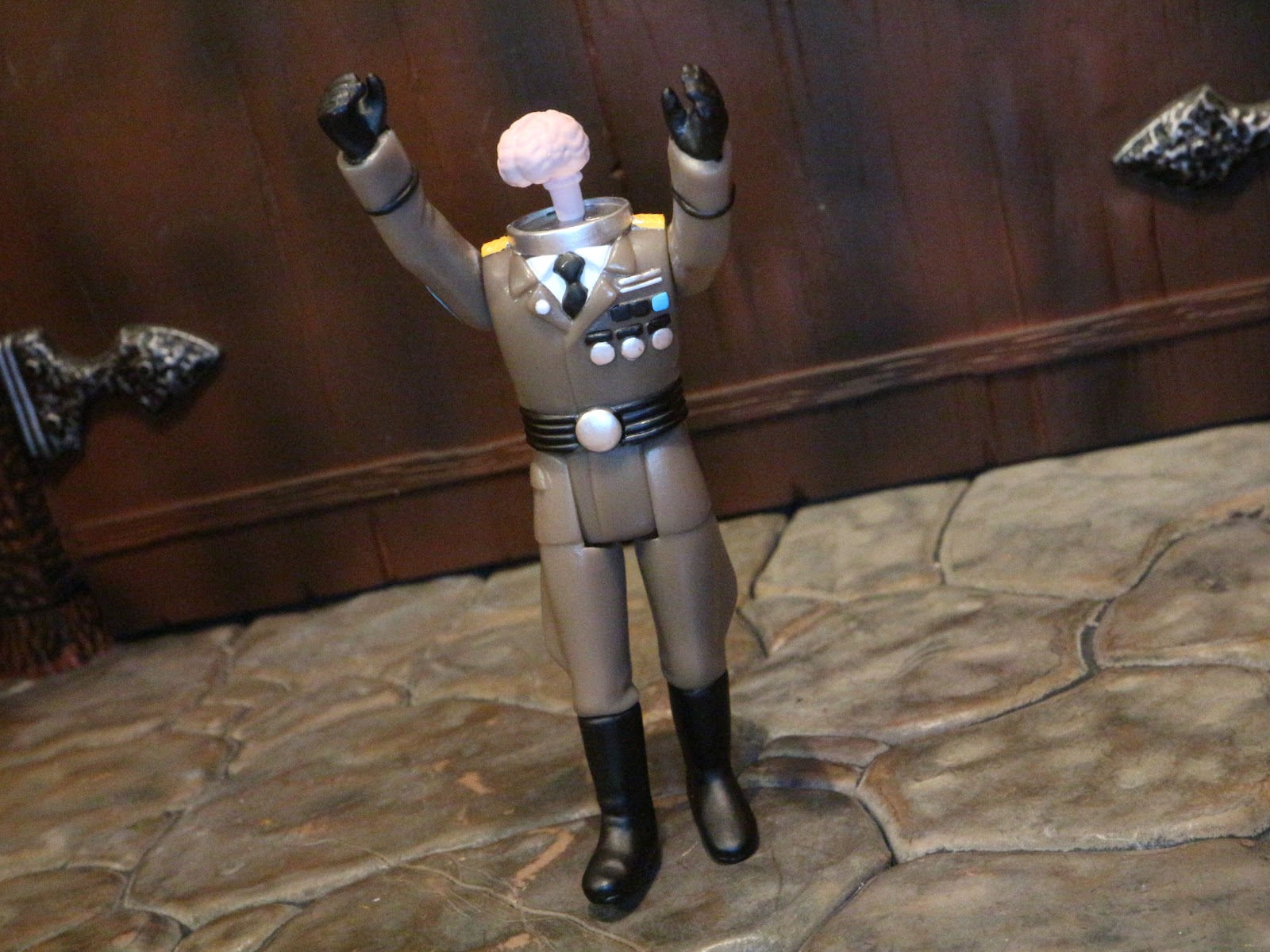 *  If you've ever picked up a retro figure like this, you know what to expect: 5 points of articulation and all swivel joints. He feels quite well made and sturdy and definitely of a better quality than some of the earlier Funko ReAction figures that Funko put out. Super7 has been very consistent in the quality of their ReAction lines. 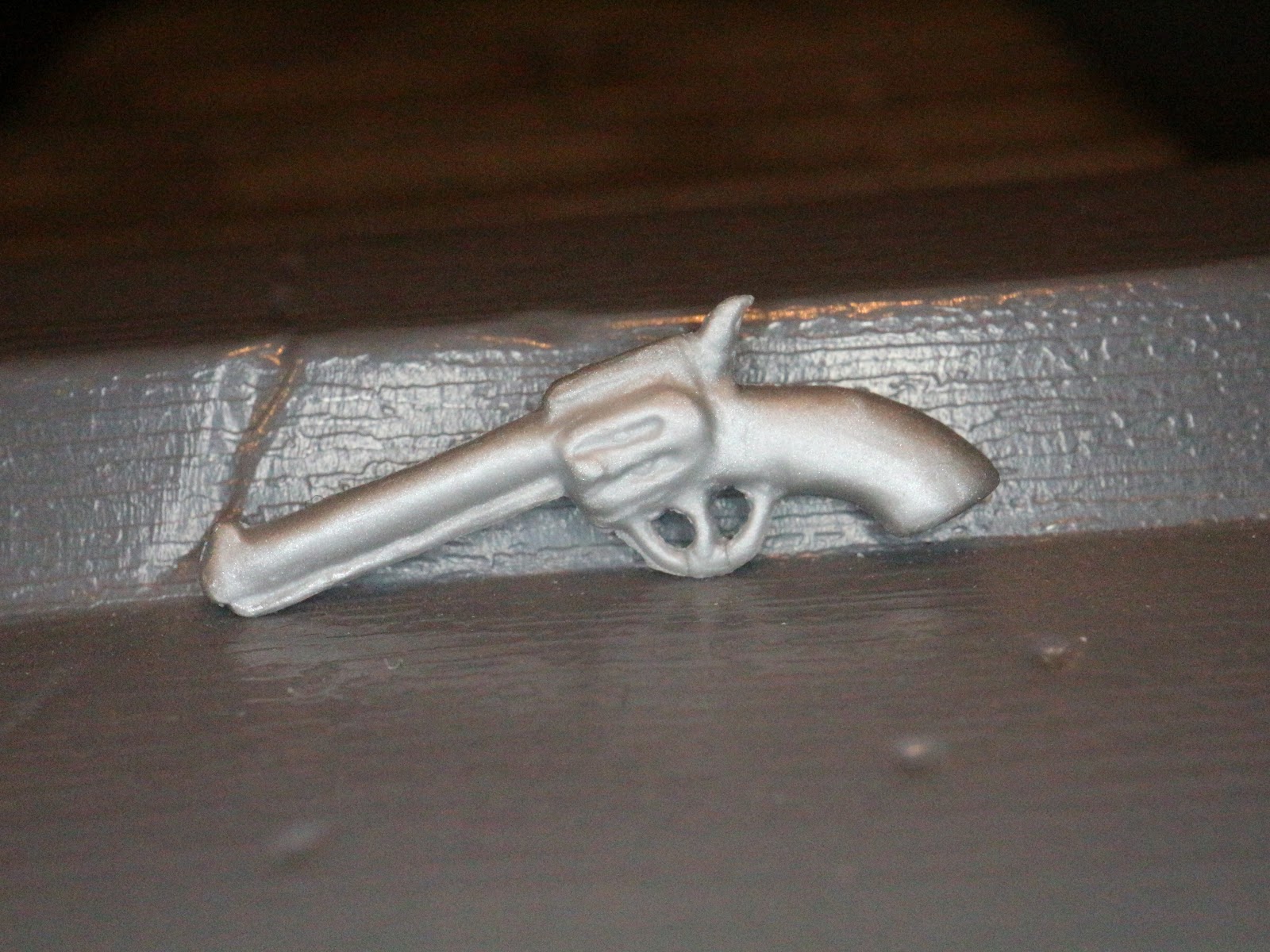 * Cortex Commander comes with a small silver revolver that very much reminds me of the pistols from Kenner's The Adventures of Indiana Jones line. It's very small, slight, and under-detailed, but it captures the retro feel nicely and fits in either hand. 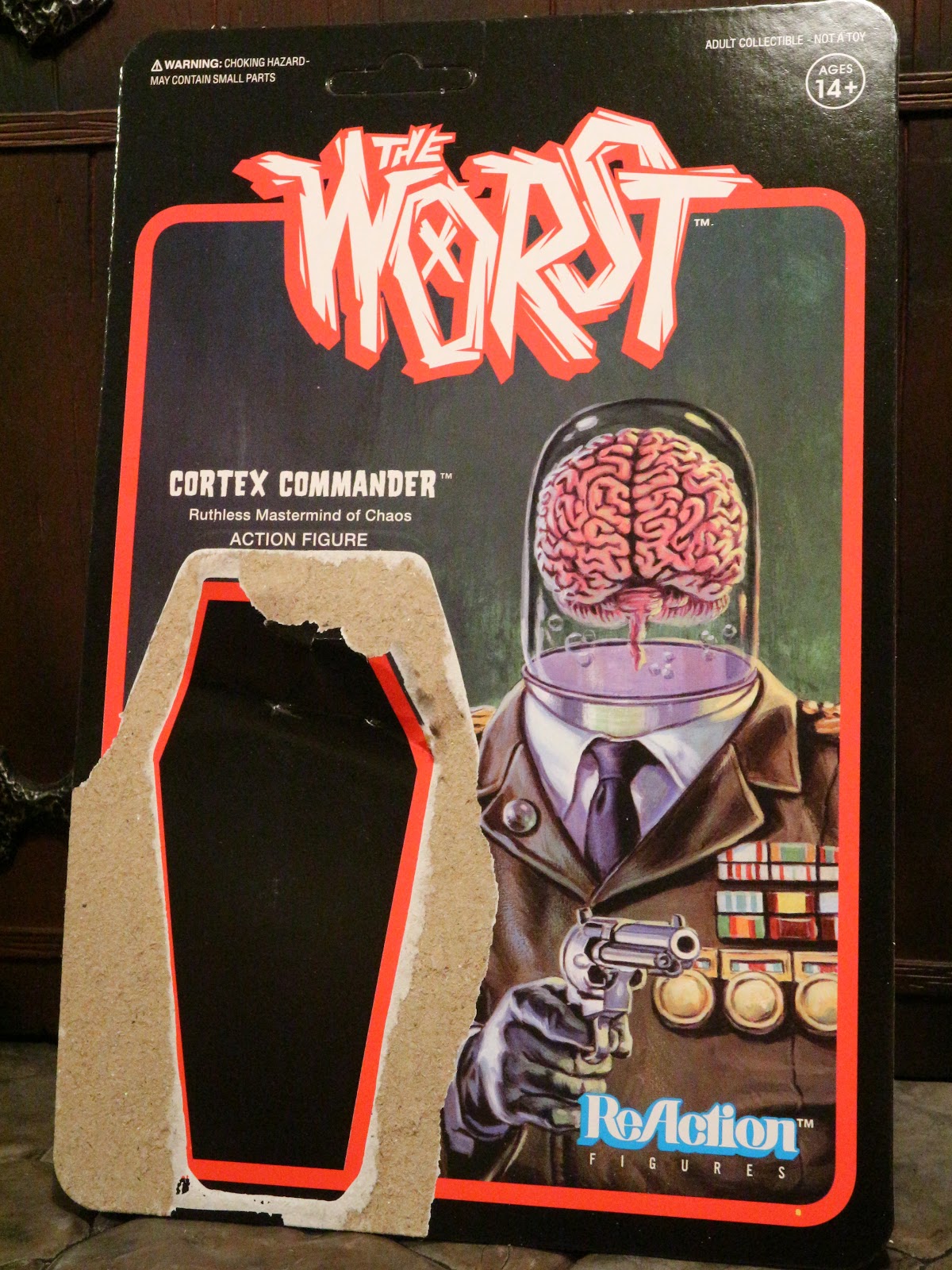 * If you read this site regularly, you know that packaging has to be pretty special for me to bother mentioning it. The Worst has some incredible card art and is absolutely worth mentioning. Featuring illustrations of the characters by Ed Repka, a prominent illustrator of album covers, these cards really bring these characters to life. Without this art and a glimpse into the "idealized" versions of The Worst, I don't think these figures would have half the appeal they do. As it stands, the card art is one of the best parts of the figure.Cortex Commander looks really cool here. The brain seems to be floating freely in the dome, which is really crazy. Maybe the body is robotic or something? Or maybe Cortex Commander controls the body by ESP? 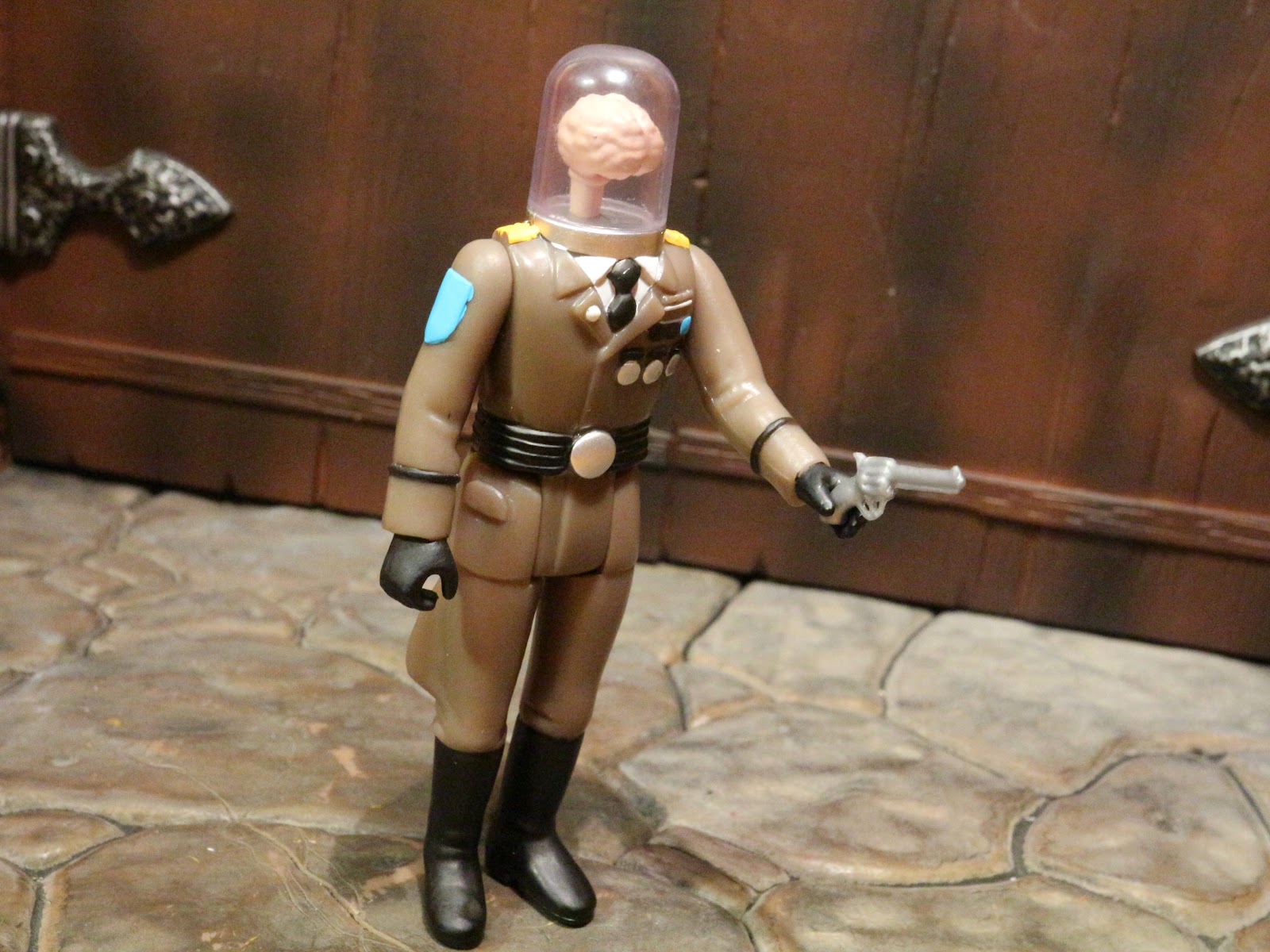 Dang, I love this guy. He's definitely a figure where the sum is greater than the whole but the entire design and presentation is just Great. He's fun, unusual, and definitely should be a nice conversation piece in your collection. I'm sure we'll see Super7 release multiple repaints of these guys (they did for the Series 1 figures) and I'm quite curious to see what is in store for Cortex Commander. Due to the design he really makes me want to pick up some more of the Hellboy ReAction figures as well. They'd look great with him, wouldn't they?