Action Figure Review: Captain Deadstar from The Worst by Super7 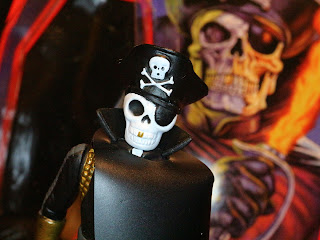 While you may have thought the faux Kenner action figure trend was over, it is actually still moving along with a number of figures still being created by Super7, who now has the ReAction brand name. Interestingly, even Hasbro is getting in on the genre by re-releasing vintage Kenner Star Wars figures and sculpting at least one new figure, too. While Funko's time with the ReAction brand seemed to be kind of a "throw everything against the wall and see what sticks"), Super7 is much more intentional about what licenses they pursue and develop product for. One of my favorite brands from Super7 is The Worst, a series of random in-house villains done in the Kenner style with glorious card artwork from Ed Repka. Super7 just released the second series of these so I ordered them and they just arrived in the mail this week. Let's check out the first one, Captain Deadstar: The Cosmic Ghoul Renegade! More weirdness after the break... 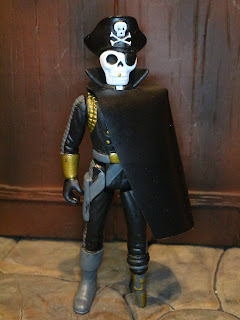 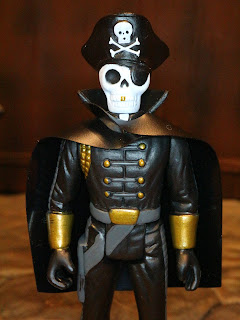 * Each of the figures from The Worst is a unique character concept usually made up of two or more various villainous archetypes. Captain Deadstar is billed as a Cosmic Ghoul Renegade and you can see elements of a pirate captain and a space-fantasy officer, mixed with the fact that the dude is a skeleton. The cape isn't removable and is meant to hang on the side, but I've pulled it around here so you can see Captain Deadstar's full uniform. He looks great in black and gold and has a very frightening appearance. 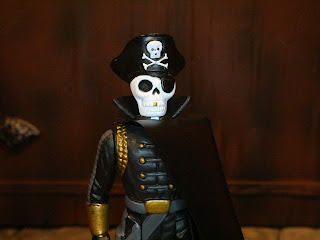 * The headsculpt is pretty cool and definitely tackles a skull with as much tact as you would have expected from an early vintage Kenner figure. I really like the gold tooth detail. of course, you've also got a really tall hat with a skull and crossbones on it. 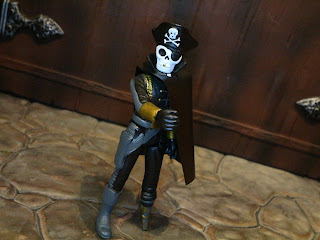 * If you've ever picked up a retro figure like this, you know what to expect: 5 points of articulation and all swivel joints. He feels quite well made and sturdy. His left arm is restricted by his cape, though, so keep that in mind. 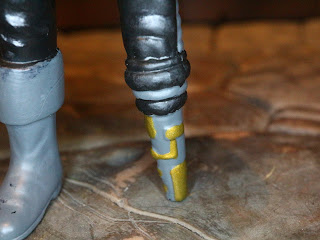 * Captain Deadstar doesn't have a pegleg: He has a cybernetic pegleg! Who knows what cool stuff this thing could do? 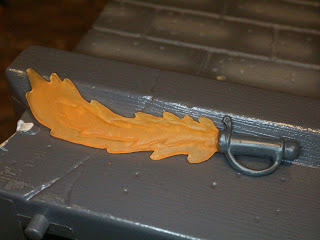 * When a regular cutlass won't do Captain Deadstar packs a flaming cutlass. I really like this accessory particularly because of the translucent orange flaming blade. It looks pretty insane, doesn't it? 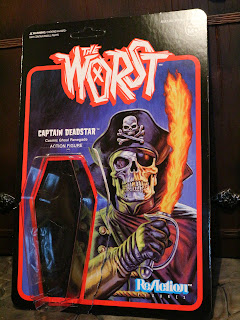 * If you read this site regularly, you know that packaging has to be pretty special for me to bother mentioning it. The Worst has some incredible card art and is absolutely worth mentioning. Featuring illustrations of the characters by Ed Repka, a prominent illustrator of album covers, these cards really bring these characters to life. Without this art and a glimpse into the "idealized" versions of The Worst, I don't think these figures would have half the appeal they do.As it stands, the card art is one of the best parts of the figure. This guy is legit, right? 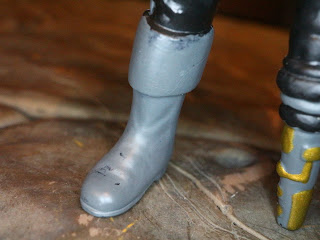 * Captain Deadstar has some serious paint slop on his boots. Some random black paint is splattered around on the foot while the cuff is really messy. 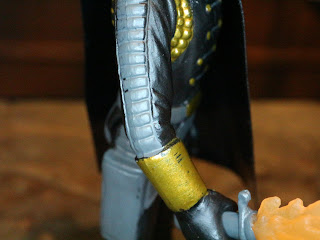 * There's also a lot of paint slop on Captain Deadstar's right arm. The stripes on the sleeves aren't terribly neat and there's even some random slop on his gold cuffs, too. 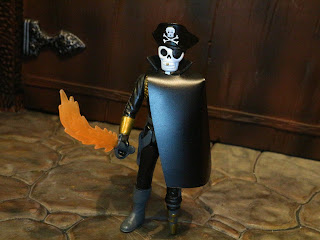 I'm pretty into these and while Captain Deadstar isn't perfect, he's still a Good and a 1/2 faux vintage styled figure of a cosmic skeletal pirate with a flaming sword. I don't know about you, but being a cosmic skeletal pirate with a flaming sword counts for a lot in my book. Your enjoyment of these figures definitely is going to depend on your appreciation of this style. Hopefully you dig this style of figure because, if you do, you're getting a cool series of fun, random villains to collect. I've got the entire second series and I should be getting around to reviewing more of these soon!