Wrapping Up 2021: Faker from Masters of the Universe: Revelation Eternia Minis by Mattel 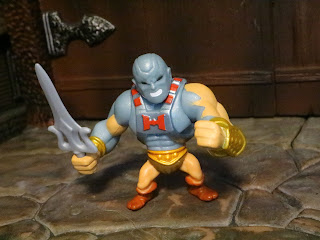 I just reviewed the Metallic Faker figure so I might as well take a quick look at the standard Faker minifigure from Masters of the Universe: Revelation Eternia Minis. For not having that much screen time during the series Mattel sure went pretty heavy on Faker releases, didn't they? Faker's a popular and beloved villain despite usually just being a blue He-man with orange hair. Revelation went in a bit different direction, though, which was kind of cool. Let's take a look at the mini Faker after the break... 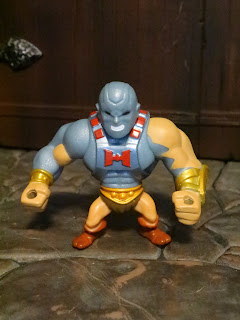 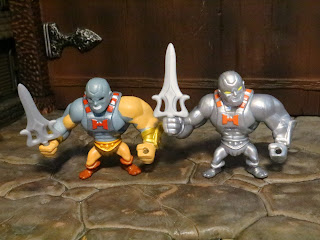 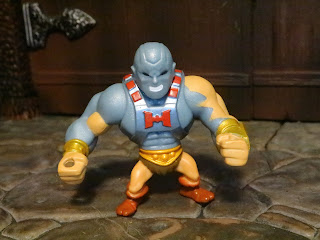 The Positives:
* This version of Faker depicts the evil doppelganger of He-Man in the middle of transforming into He-Man, or perhaps losing his disguise. The effect is created simply through paint effects but it looks pretty good. Faker's a really sharp looking minifigure with more paint details than you might expect on a figure this size. 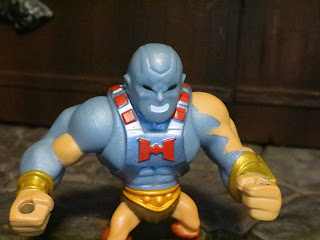 * Faker's revealed head looks like a robot rather than just like He-Man and it's kind of unusual. He's got a few paint hits to show off his dark eyes and his white teeth, which are locked in a grimace. 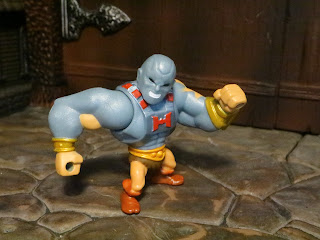 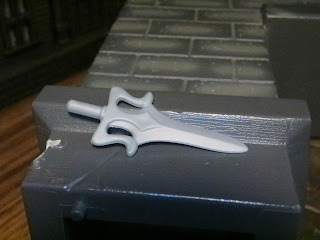 * Faker comes with the Power Sword. Well, it's obviously not the real Power Sword, but just a copy. 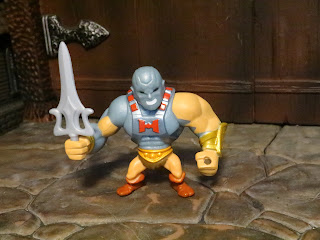 I really like the look of this little guy, maybe even a bit more than the all metallic version. It's simple but the effect of the disguise in mid-transformation is quite cool and the colors are rather eye catching. Faker's a fun little figure who gets a Great from me. He's colorful, cool, and has a pretty neat little (fake) Power Sword. It's a unique look for the character and makes for a fun addition to the Faker collection.

Are you a fan of the man/ machine known as Faker? Then check out my other Faker reviews:  The Masterverse: Revelation Faker, Mondo exclusive Faker, the MOTU Origins Faker and the Maniacal Mimics set, the M.U.S.C.L.E. Faker from the Series 3 Pack C, the Ultimates He-Man (which came with a Filmation Faker head), the Eternia Minis Faker, the Revelation Eternia Minis Metallic Faker, the Faker figural bag clip, the Mega Construx Faker, Faker from the Battle for Eternia Collection and Faker from Battle Bones, the Masters of the WWE Universe Faker John Cena, the ReAction Faker and Leo Faker, the Super7 Faker mask, the Vinyl SODA Faker, and the VYNL Faker.