Wrapping Up 2021: Churro & FD-0 from Final Faction by Greenbrier International 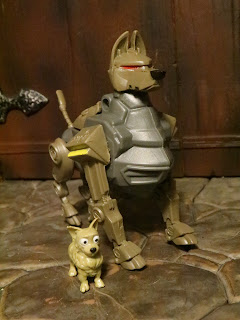 Ready for more of the Final Faction? Today I'm checking out what is absolutely one of the coolest action figures released in 2021: Churro and FD-0. According to the bio on the back of the card (something the $1 Dollar Tree exclusive line can apparently include that most companies can't) Churro is the canine pal of Steadfast, the leader of Alpha Team 1, and the pilot of the FD-0 mech. Yeah, he actually helps the team fight the Kharn. That's pretty cool! Churro was shown in the cartoon released alongside the first series of figures but didn't make his appearance in stores until series 2. He's a really cool figure and I'm excited to check this guy out. I love dogs and I've always loved dogs included in action figures as a companion and robotic dog toy, so Churro is absolutely a treat for me. Let's check him out after the break... 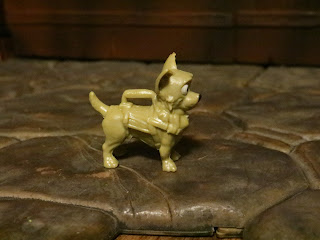 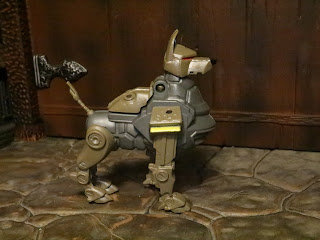 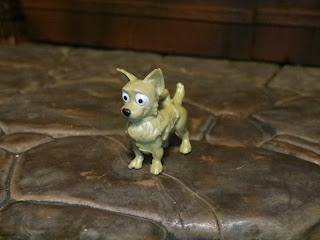 * Let's start by looking at Churro. He's a cute little guy for sure. He's supposed to be a chihuahua and he has a cute face with big eyes and a little nose. He's just a minifigure with no articulation but he's quite cool. 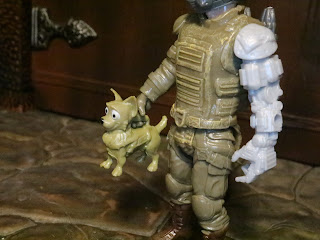 * Churro has a little carrier sculpted onto his body which allows Steadfast (or any of the other Alpha Team 1 heroes) to carry him if needed. That's so cool! The pet store where we buy our dogs' food sells these for hiking and backpacking and they've always seemed neat to me. 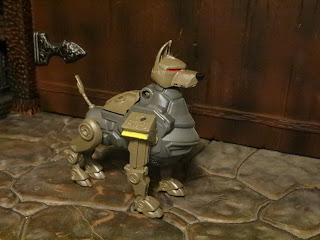 * The FD-0 mech (Fido, get it?) is really cool. It looks like a robotic German shepherd which is pretty intense. Imagine this guy running at you! He's made from multiple parts and while the paint is minimal (some details on his head and some stripes on his robotic legs) there are two different colors here which makes him look pretty cool. He's nicely detailed, too, which appropriate mechanical elements on his legs and body. 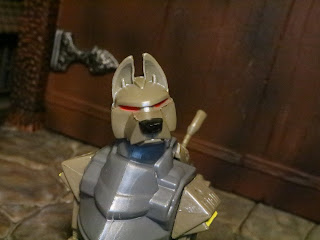 * The face is fantastic. I love his ears up like he's paying attention and the red eyes. If RoboCop had a dog, this would be it. Did RoboCop ever have a dog in the cartoon series? I don't remember one. Anyways, FD-0 would make a cool addition to your Kenner RoboCop collection if you're a fan of that line. 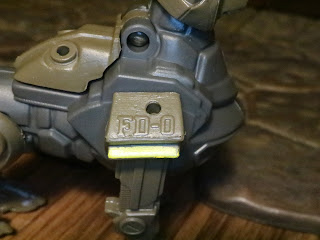 * He even has his designation on his shoulders, too. That's pretty neat! 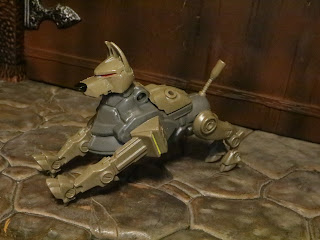 * FD-0 is nicely articulated. He's actually more articulated than the other figure with swivel hips, a swivel head, a hinged back compartment, and a rotating tail. 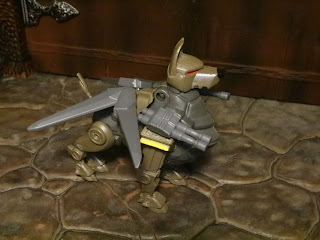 * Since FD-0 has ports for the accessory packs here's a shot of him with the wings and cannons from the Air Assault pack. He looks pretty nice all decked out in these, doesn't he? 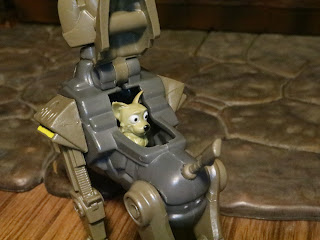 * Guess what? Churro can actually pilot the mech! Open FD-0's back hinge and Churro fits inside. He looks pretty cute peeking out. The tail rotates, so maybe it's a laser gun of some kind. Wait, can Churro open the hatch and use the tail laser to attack the Kharn? Is he an actual tail gunner? Coolness. 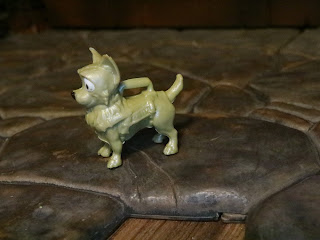 * I do wish Churro's harness had a paint app on it. It's a little thing but it would have looked much nicer. 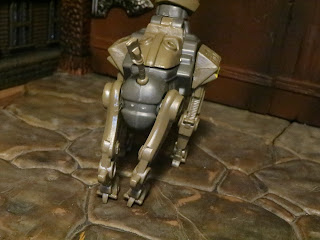 * FD-0's legs come out of the package a bit warped. You'll have to use some heat to get them back in shape. 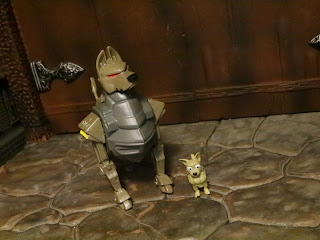 Churro & FD-0 is definitely my favorite release from this line and one of the most fun toys you'll find on a shelf, particularly when you factor in the price. This is fun and would have warranted high marks even if this had been from a mainstream release where this cost a bit more. It's a Great and a 1/2 set and whether you're collecting Final Faction or just working this in to one of your other toylines it's a hit. Go track this one down. I really doubt you'll regret it. Churro is a cool pup and FD-0 gives him some nice muscle to combat the Kharn.

These are the first figures of Churro and FD-0 I've reviewed. For more reviews from Final Faction check out the following:
Arrow ATV
Arrow ATV Weapons & Armor
Posted by Barbecue17 at 1/15/2022