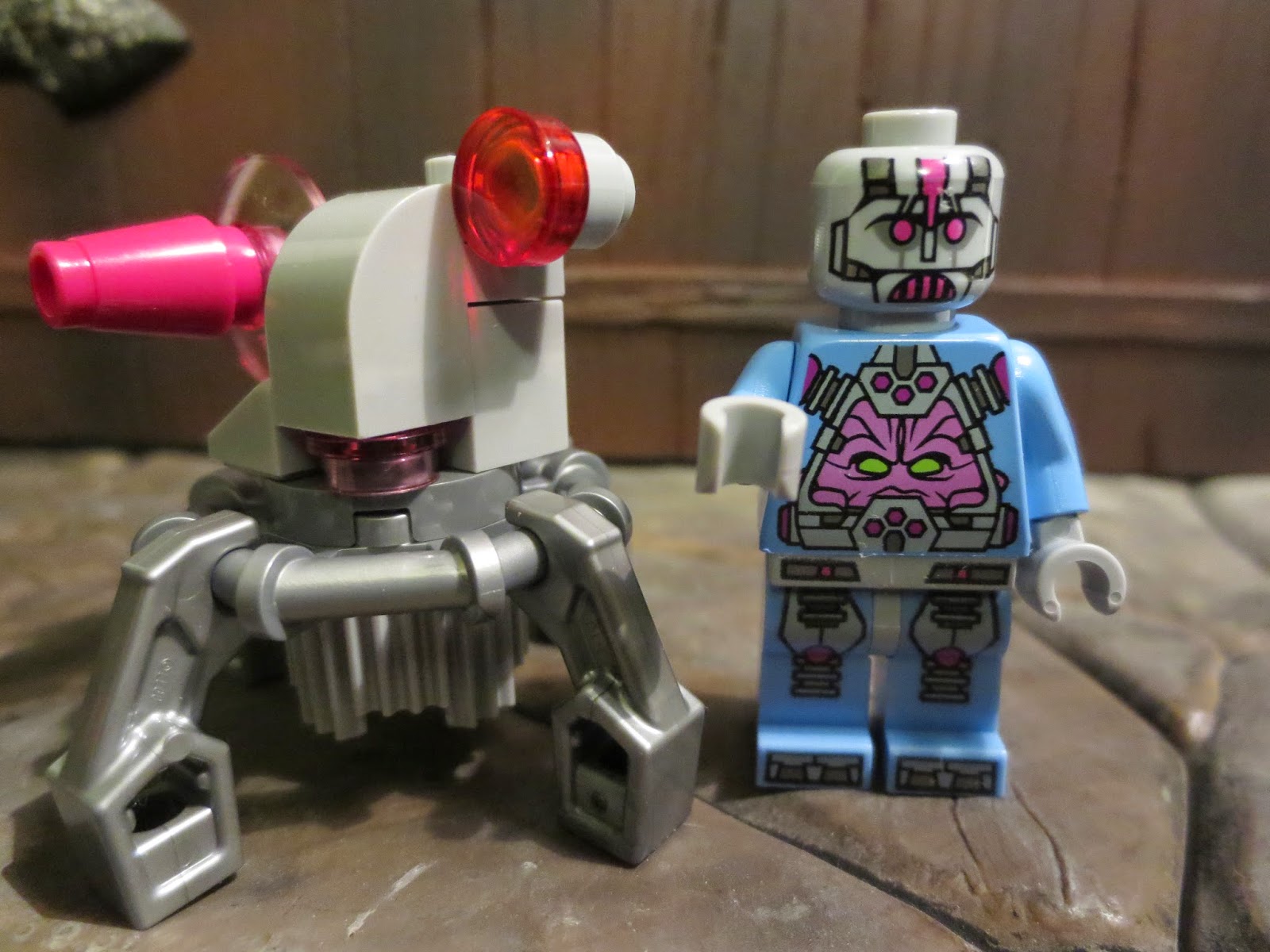 It's part 3 of Barbecue17's Christmas haul! Today I'm looking at a stocking stuffer that appeared courtesy of good ol' St. Nick: Kraang's Turtle Target Practice from Lego's Nickelodeon based TMNT line. This is one of those small poly-bagged sets that only includes a few pieces and functions as more of a glorified minifigure. This set features one of the Kraang droids from the cartoon using a turret based weapon of some kind to attack some tiny turtle targets. Say that five times fast! Join me for a closer look after the break... 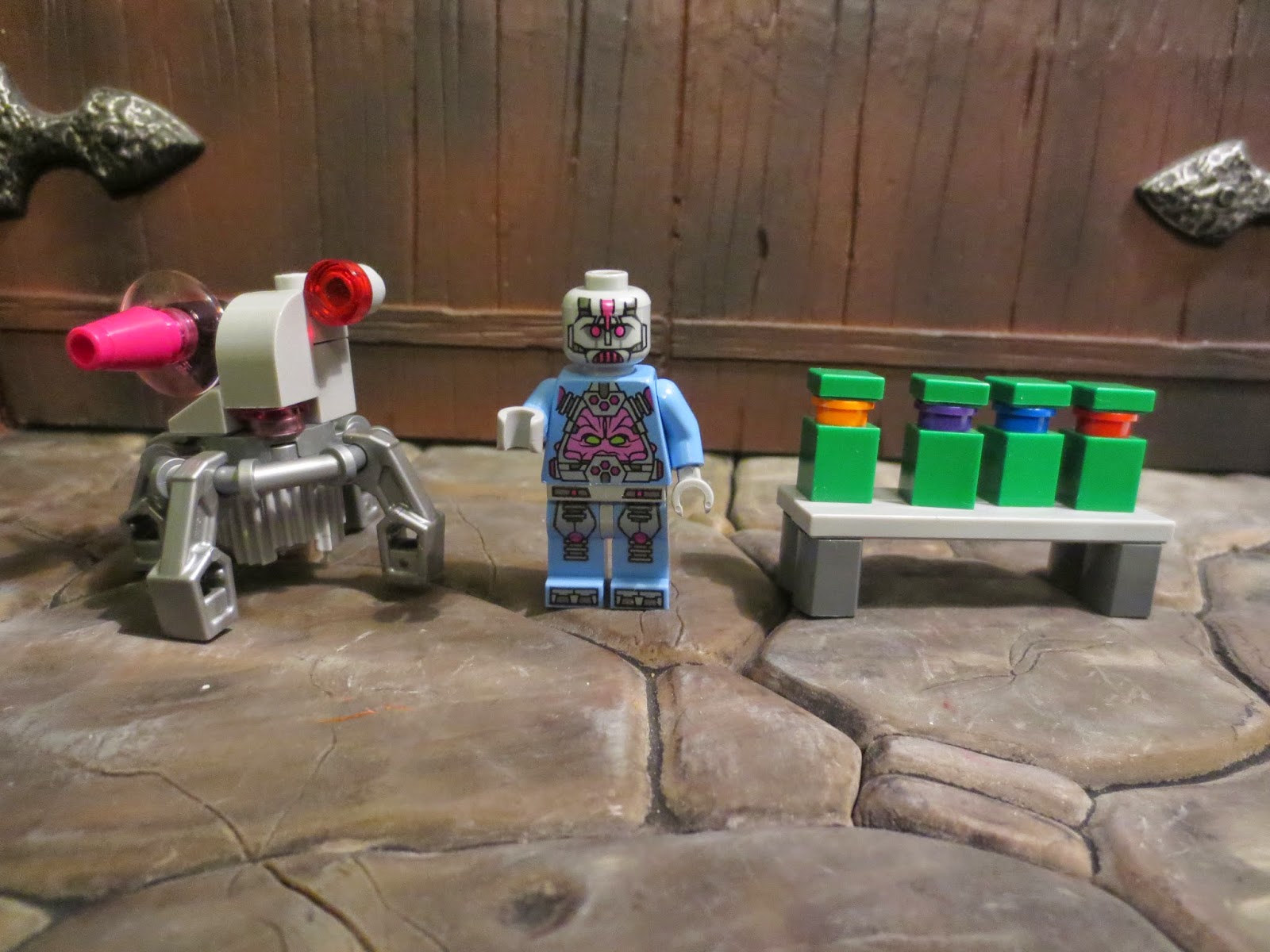 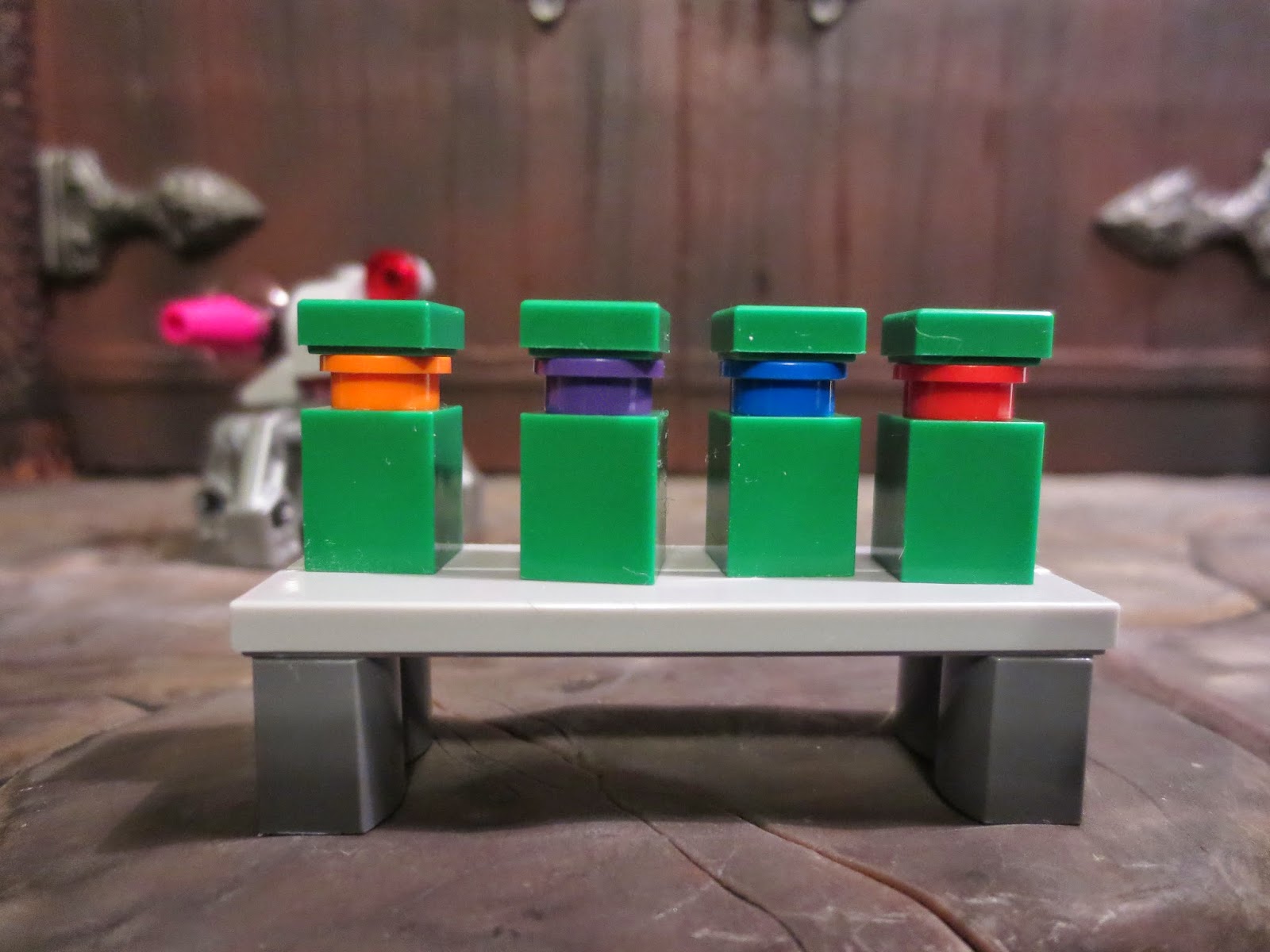 *These little turtle targets are very, very cool. They're simply green 1/1 bricks with a colored stud for the bandanna and a flat tile for the top of the head. They sit loose on the little table and can easily be knocked over. I'm always impressed by how wonderfully Lego can capture something like this in simple brick form. 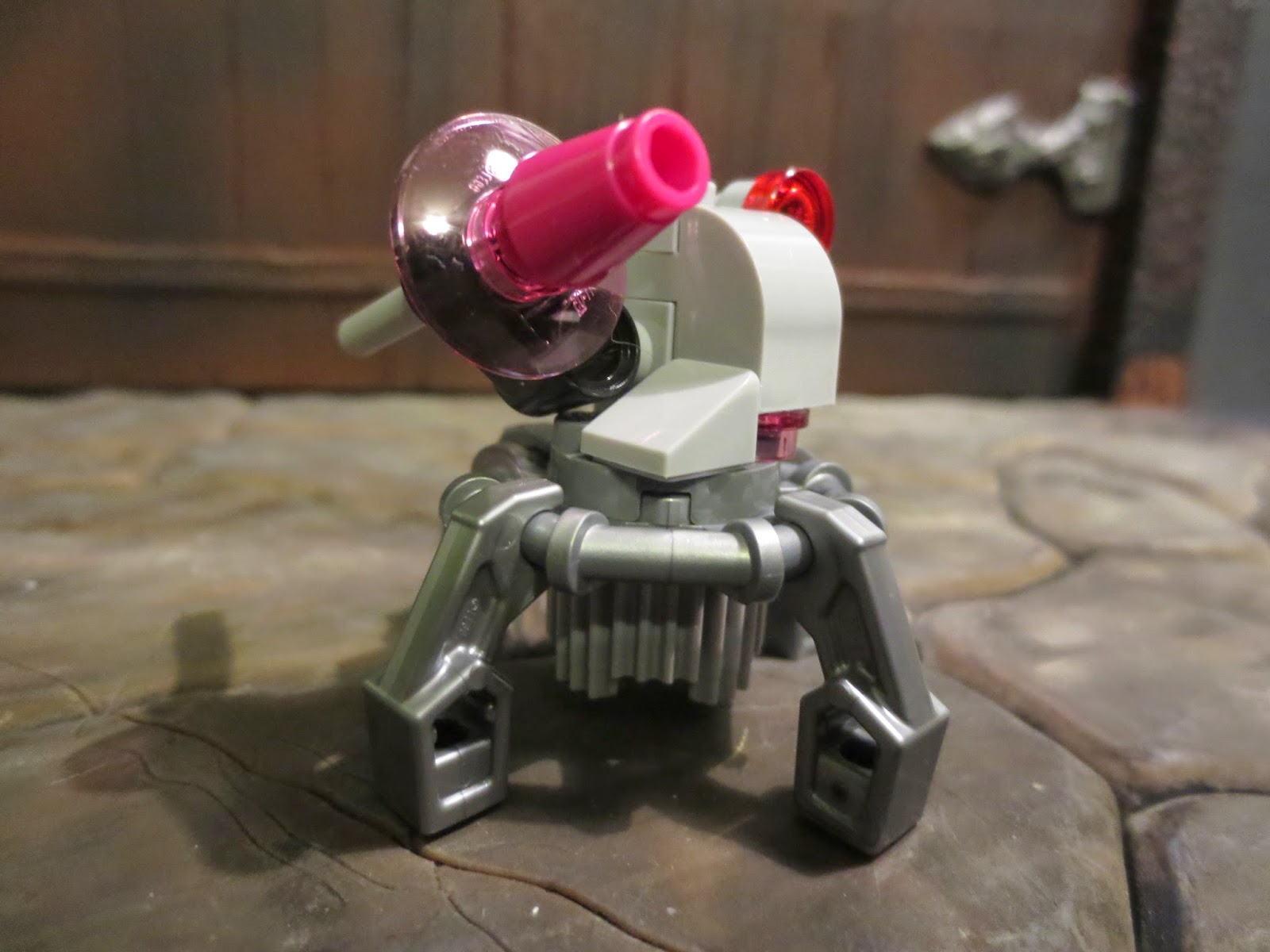 * Here's the turret. It's simple but cool. I like the mixture of pink and gray as it fits the Kraang color scheme well. The missile is a "flick fire" projectile and will pop at a target if your choice. The four legs are hinged, although they really only function in one position. 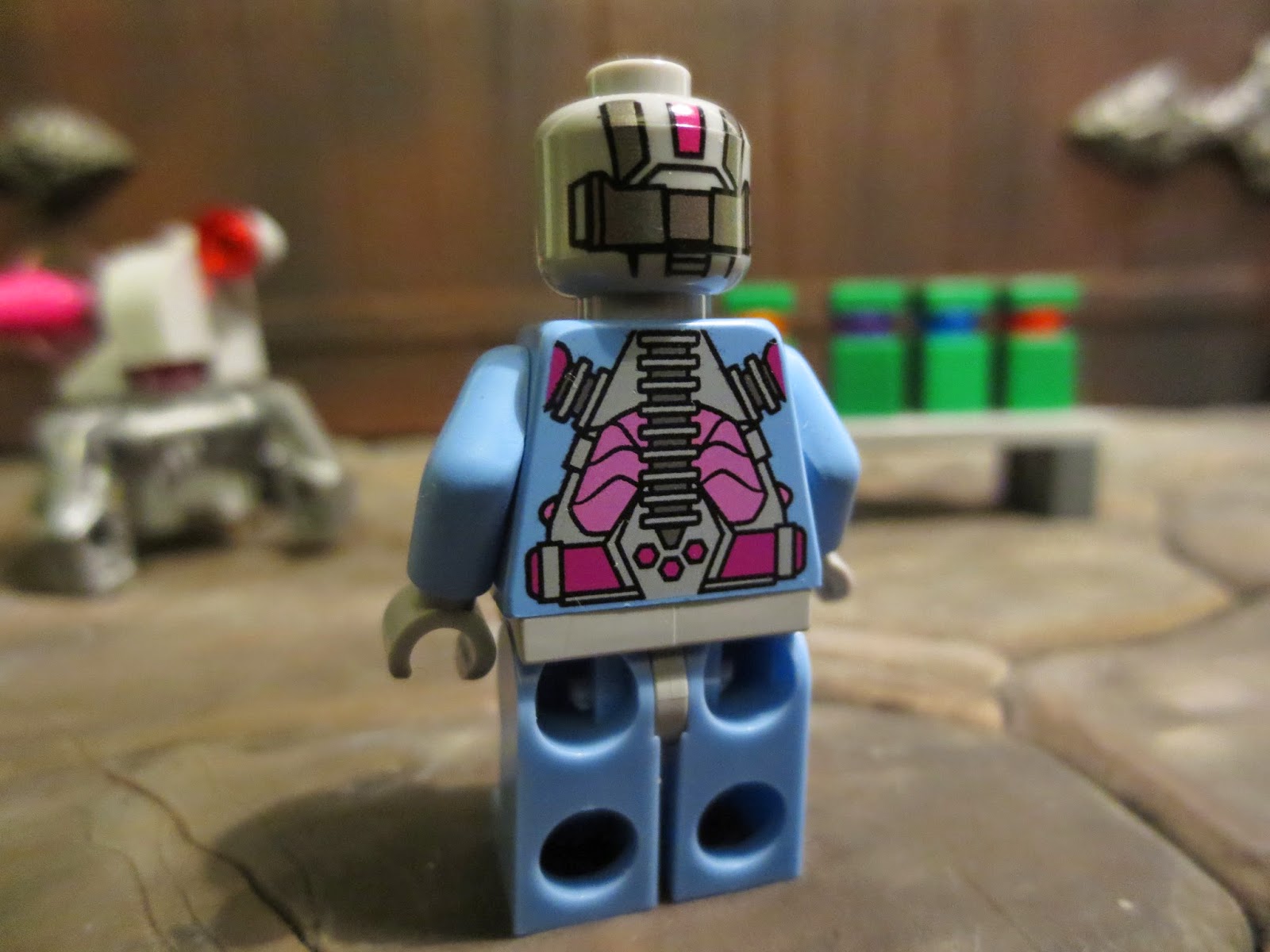 *Kraang is a great little minifigure. I don't have any other TMNT Legos, but he'd make a wonderful evil robot or something for any line. He's pretty much the same as any other Lego minifigure out there with swivel legs, swivel arms, swivel wrists, and a swivel head. 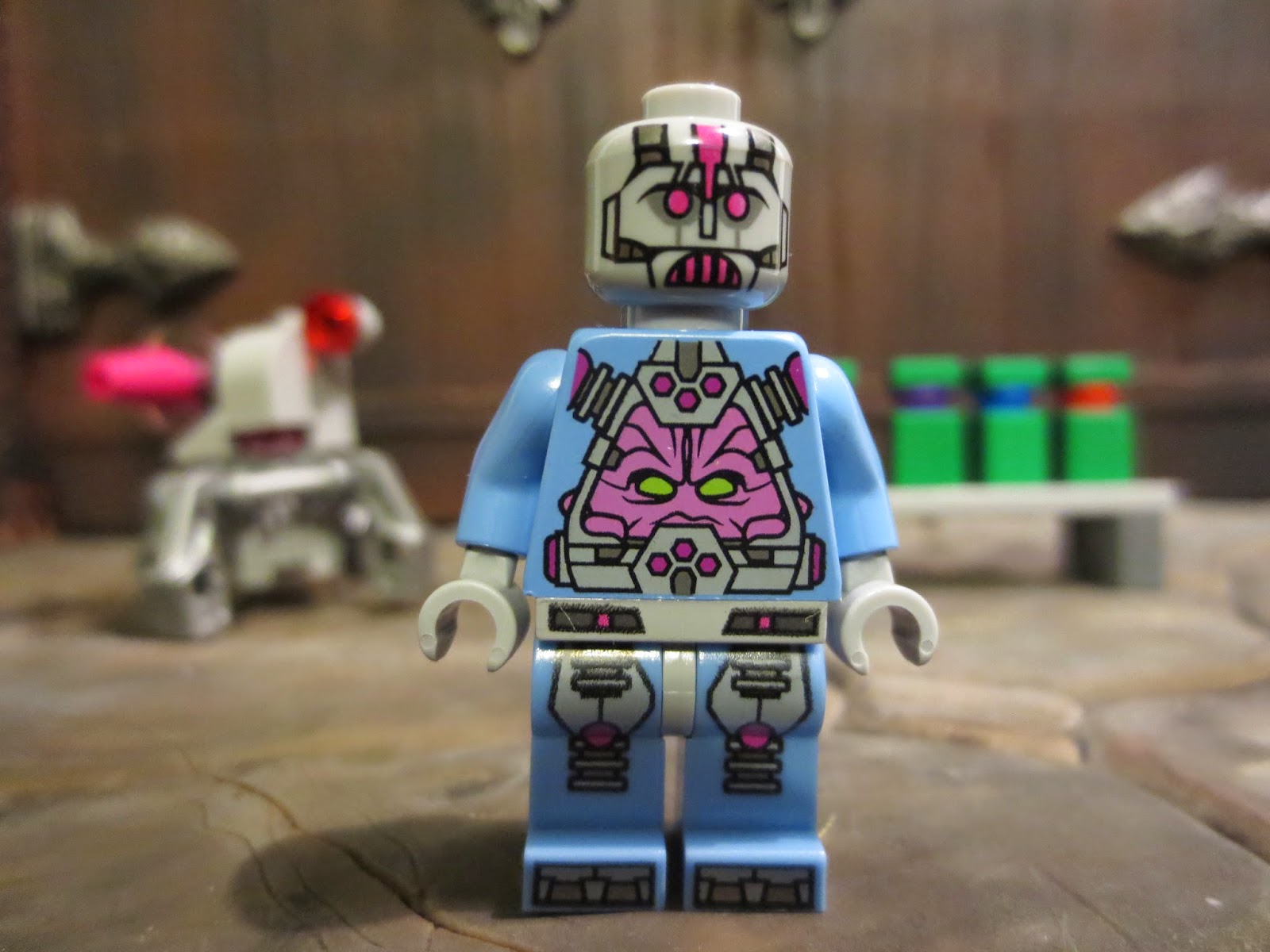 *The only negative I have is less of a negative and more of just a wishful thinking kind of thing. I wish this set had included a spare head cylinder painted to look like a Kraang itself. That would have been a nice touch, although I'm sure getting one of those is a selling point for one of the bigger sets. 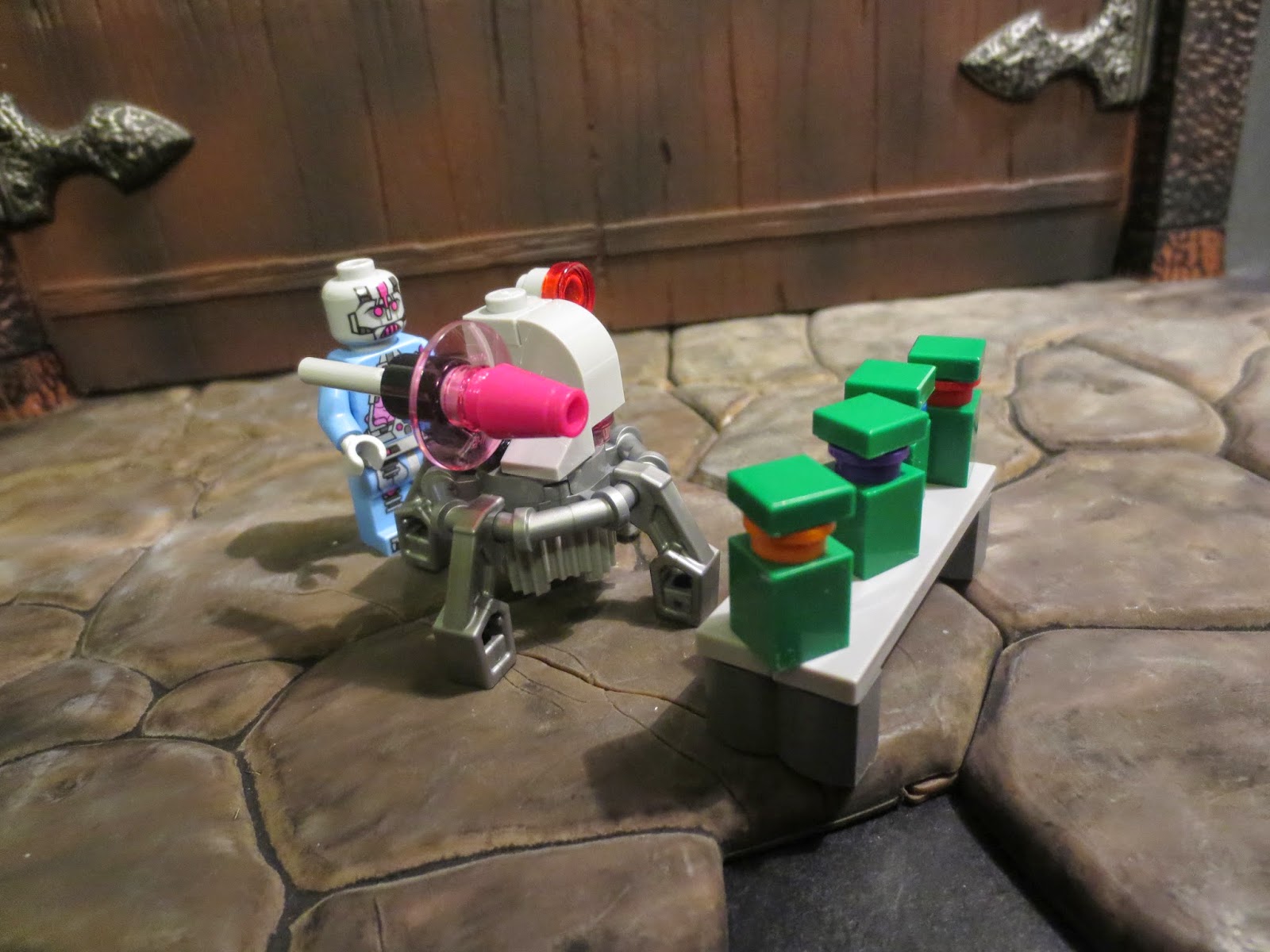 This is a small set that's either just a fun little impulse buy/ stocking stuffer kind of item or a piece that you'd buy to add onto a larger set. I'm not sure how much Santa paid for this (something tells me Santa found this on clearance and thought it'd be a fun little extra), but these only cost around $4 bucks originally. When you see people complaining and moaning on Amazon that they weren't pleased with this item, typically they: A. Paid scalper prices, B. Didn't read the description and thought they were buying something larger, and C. Are Idiots. This is a Great little set, though, and if you find it for that $4 polybag price, it'll nicely augment your TMNT collection.

Lego: The Lord of the Rings
Pirate Ship Ambush