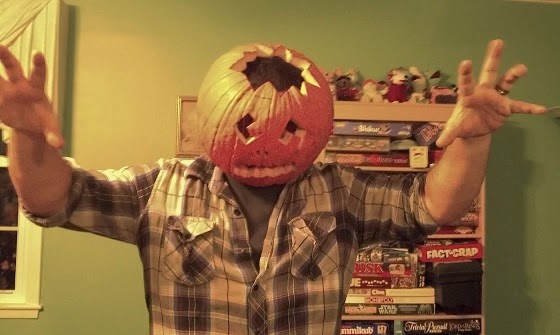 As has become a yearly tradition, it's time for me to share my top 10 favorite action figure lines of the past year. My 2012 and 2013 selections are housed at ThEpic Review 2014 was an odd year for action figures as distribution problems or a lack of releases hurt many lines that I've collected in the past. Still, there were some great toys to be had and I'm going to look at them here. Keep in mind a few things: First, these are my favorite lines. If I were doing a "best of 2014" I'd definitely be looking at the merits of lines that I don't even collect. Second, I do a separate top ten for individual figures from lines that I didn't mention here. Sometimes a single action figure release or a standout figure from a line I'm not overwhelmed by captures my attention: That's where my top 10 figures list comes in. Third, I list these alphabetically, not by merit. Ready to get started for my top 10 favorite lines of 2014? Then here we go... 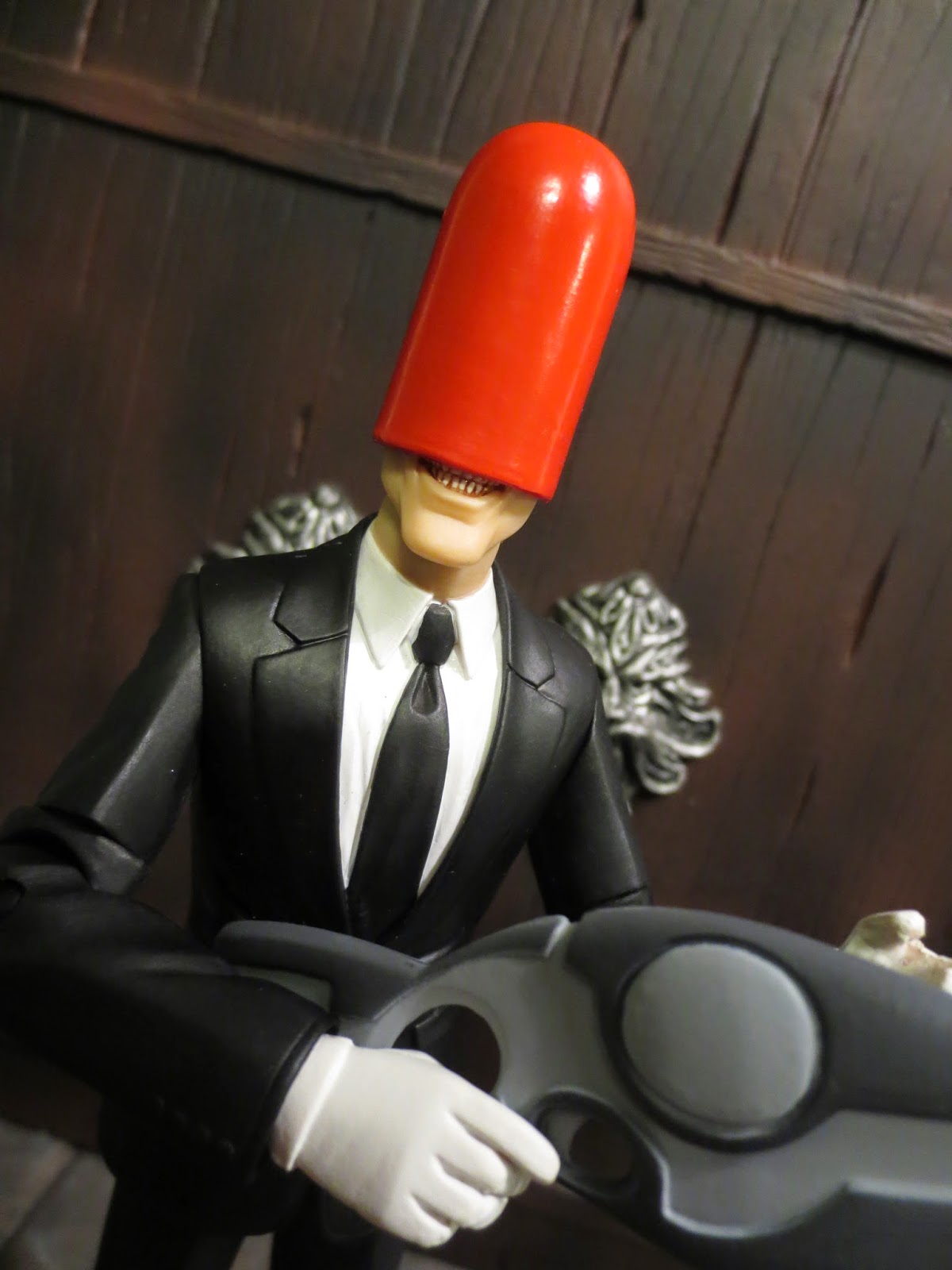 This is a kind of awkwardly named toyline from DC Collectibles that focuses on the art and characters from Scott Snyder and Greg Capullo's amazing (and still going) run on Batman. It's been quite a few years since DC Collectibles/ Direct has given us an artist specific line but Capullo is a great choice. Not only is Batman a fantastic comic filled with a great mixture of Batman allies and villains, but Capullo's art is just gorgeous. It's distinctive but not overly stylized, meaning these figures can fit well into any already existing Batman collection. With only 8 releases this year we've gotten some of the best Batman figures ever including two new characters: The Red Hood Gang leader and the Talon from the Court of Owls. The 2015 releases are starting to role out and it looks like this line could be in for a healthy, long life. 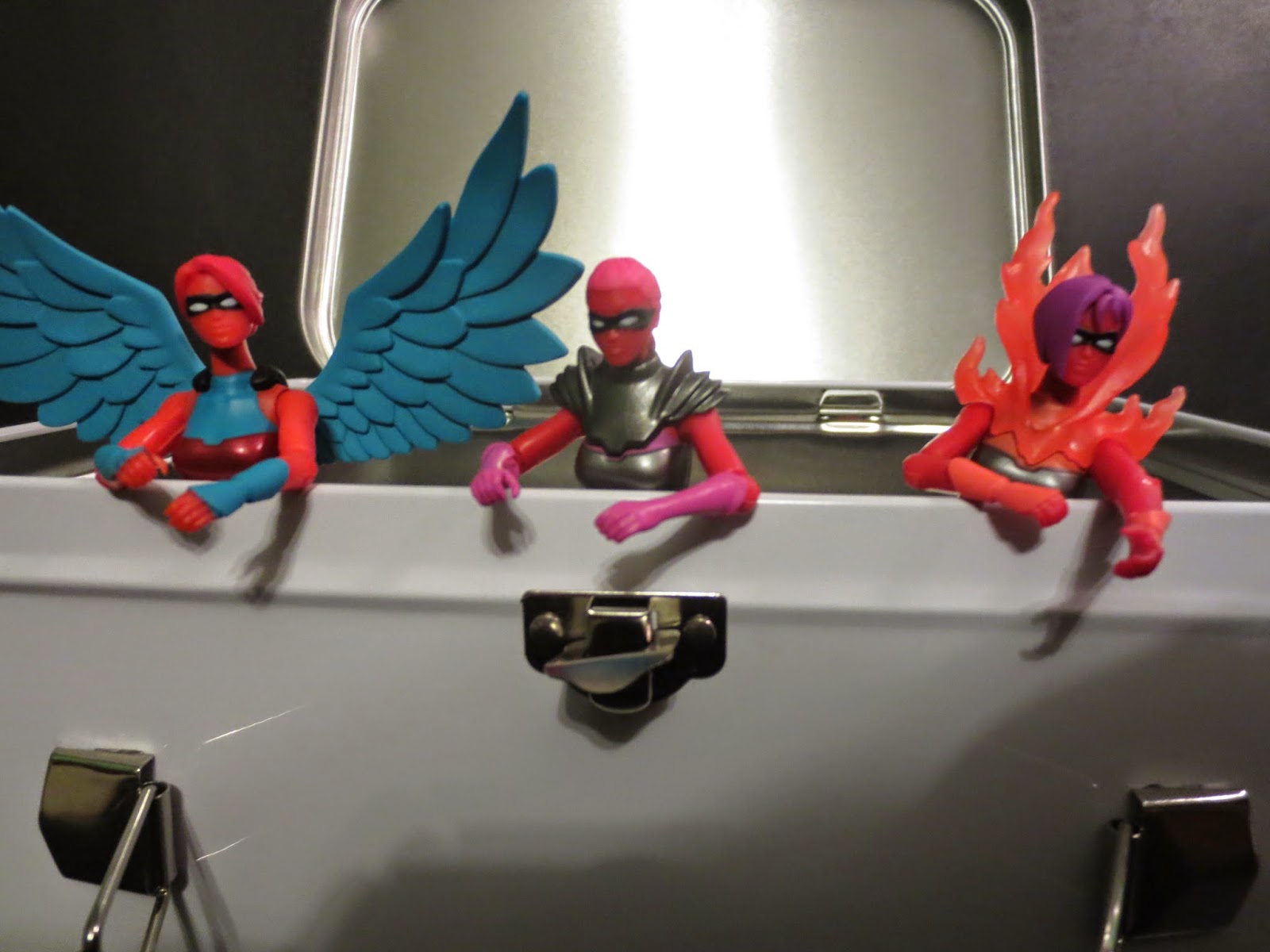 This line squeaked out at the end of the year but it managed to impress. IAmElemental is not only a 1/18th scale action figure line targeted towards giving girls powerful heroes with a healthy body image but it also was one of the best 1/18th lines available this year. A true Kickstarter success, IAmElemental really delivered on everything it promised through Kickstarter. The bright colors, unique packaging, and well designed figures definitely have made IamElemental a nice end of the year surprise. 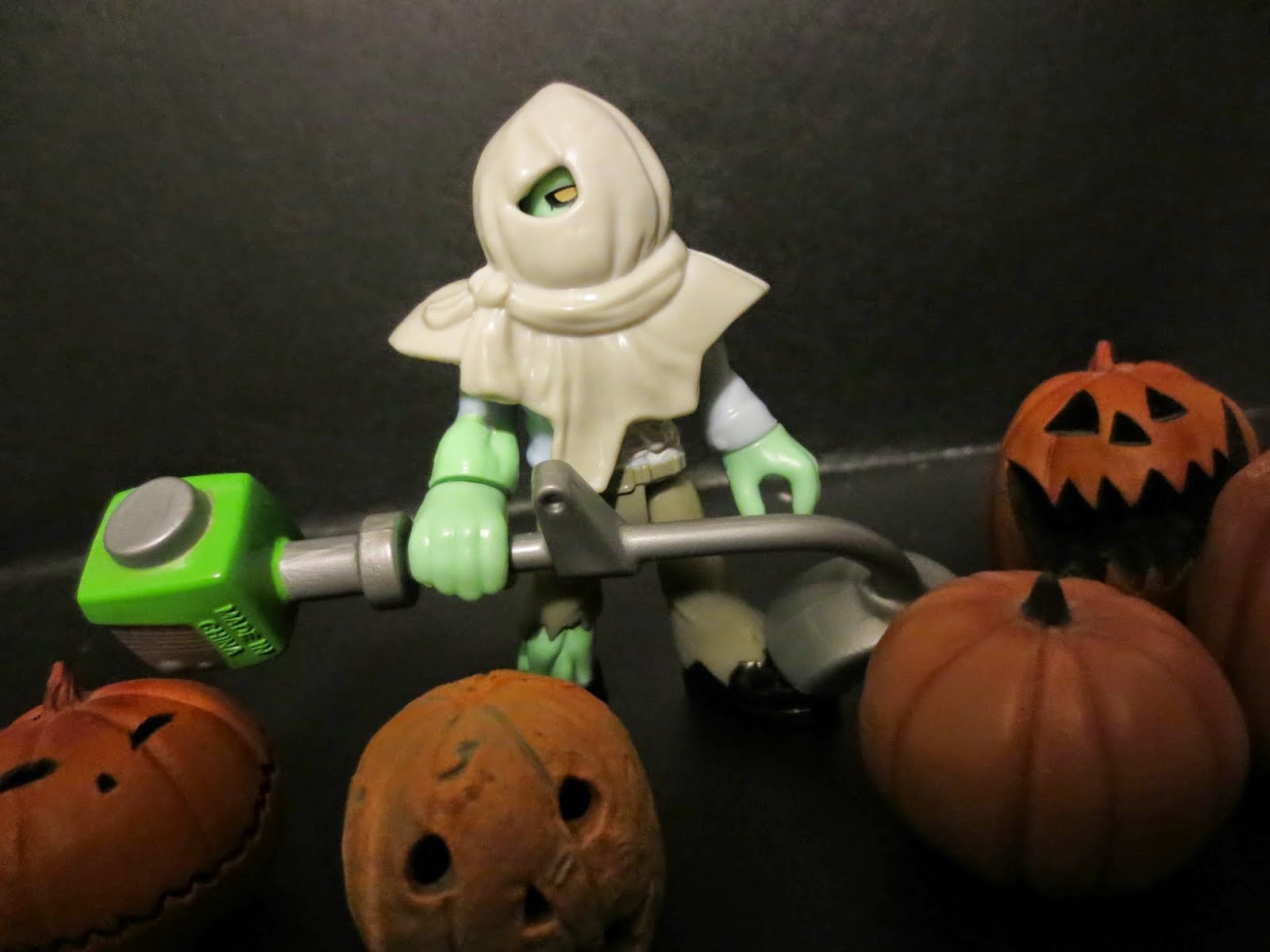 This is a line that probably manages to skirt the radar of many collectors but Fisher Price's Imaginext line keeps getting cooler and cooler. With a great mixture of figures, vehicles, beasts, and playsets, Imaginext feels more like the toylines of our youth than many of the nostalgia laced tribute lines out there. The blind bagged figures have been a real highlight and this year has seen the release of some really great minis including a wicked zombie, a Walter White-ish hazmat suit guy, and the Gillman. Fun, durable, easily available, and inexpensive: Those all help to make Imaginext a great toyline. 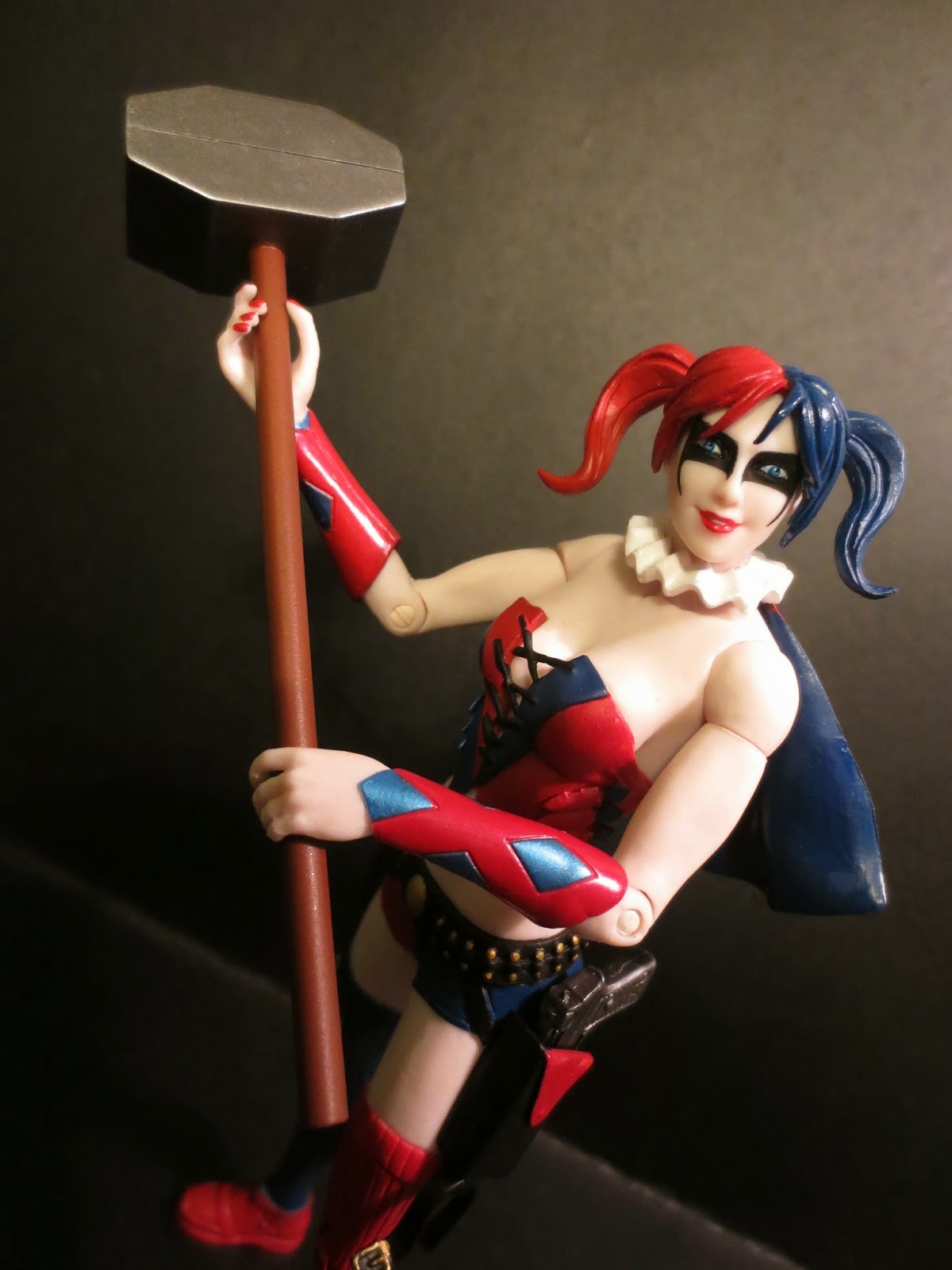 While their Batman: The Animated Series line seems to be going through some growing pains with lots of quality control issues, DC Collectibles seems to have gotten many of their other lines under control. One of the most expansive and unique has been their New 52 based line of action figures. While this line has lots of subsets (Heroes, Super Villains, Suicide Squad) they're all in the same style and based on the same property, so I'm grouping them together. DC has released a diverse assortment of figures every month that look great together or blended with other DC figures in a similar scale. While some fans are warming up (and others cooling down) to the New 52, the toys just keep getting better and better. 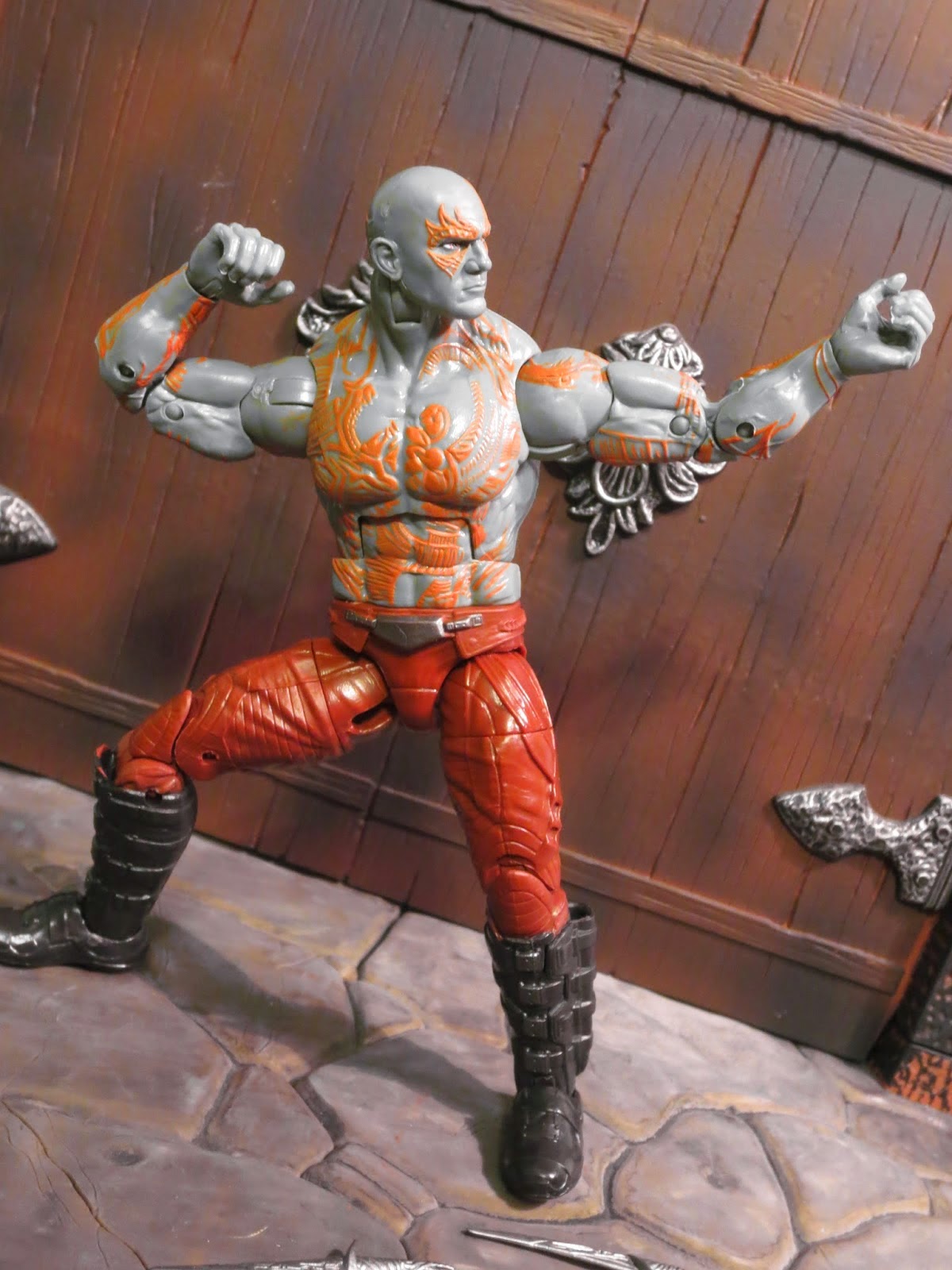 After a couple of slower years, Hasbro released some fantastic Marvel Legends figures, many based on three of the four 2014 Marvel films (and two of the three good ones- Sorry Amazing Spiderman 2). While I still don't get Hasbro's wacky "make different characters variants" system, I did see every figure from the three movie based lines at retail at least once or twice this year. That's better than I can say for many other Hasbro lines. While I still think the Guardians of the Galaxy line needed more figures in it such as Yondu, Nebula, and Ronan the Accuser (y'know, the main villain) and that there were still far too many Caps, Spideys, and Iron Men, the lineup was quite solid. They also had some decent exclusives as well. Let's hope next year is as good for Marvel fans as this year was, at least toy wise. 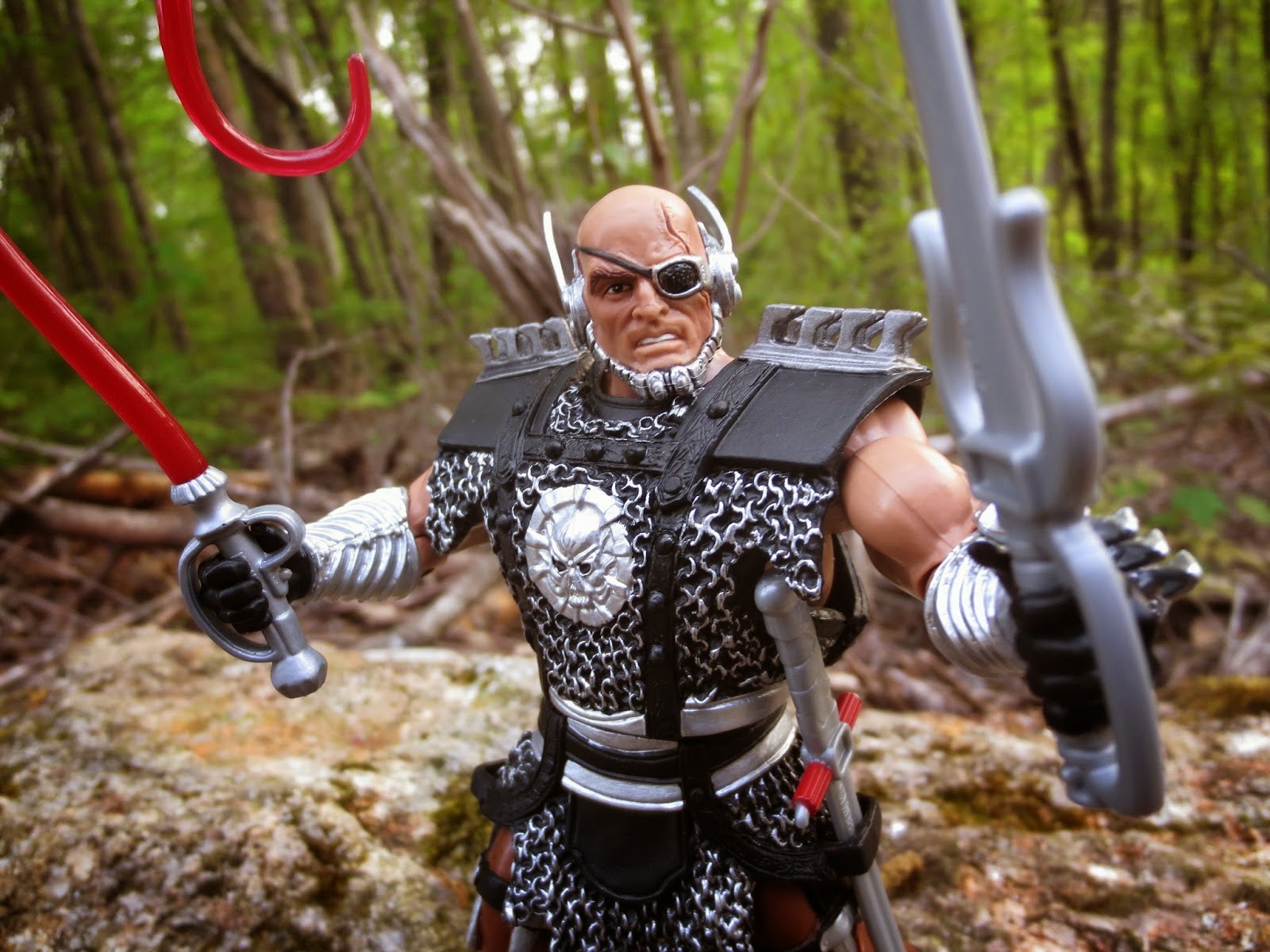 #6 Masters of the Universe Classics by Mattel

Call me what you want. A shill. An apologist. A fanboy. A He-whore. Even though I disagree with many of the ways Mattel has handled things, I will still stand up and say that MOTUC is still my absolute favorite action figure line to collect and it has been for quite a few years now. While we didn't get anything this year quite on the level of last year's Castle Grayskull, we did get the Battle Ram. We are seven years into this line and still getting at least one new figure a month (typically more than that). While there have been some rough patches in the middle of the year (my long anticipated Rio-Blast didn't turn out too well), the year started strong and finished strong. 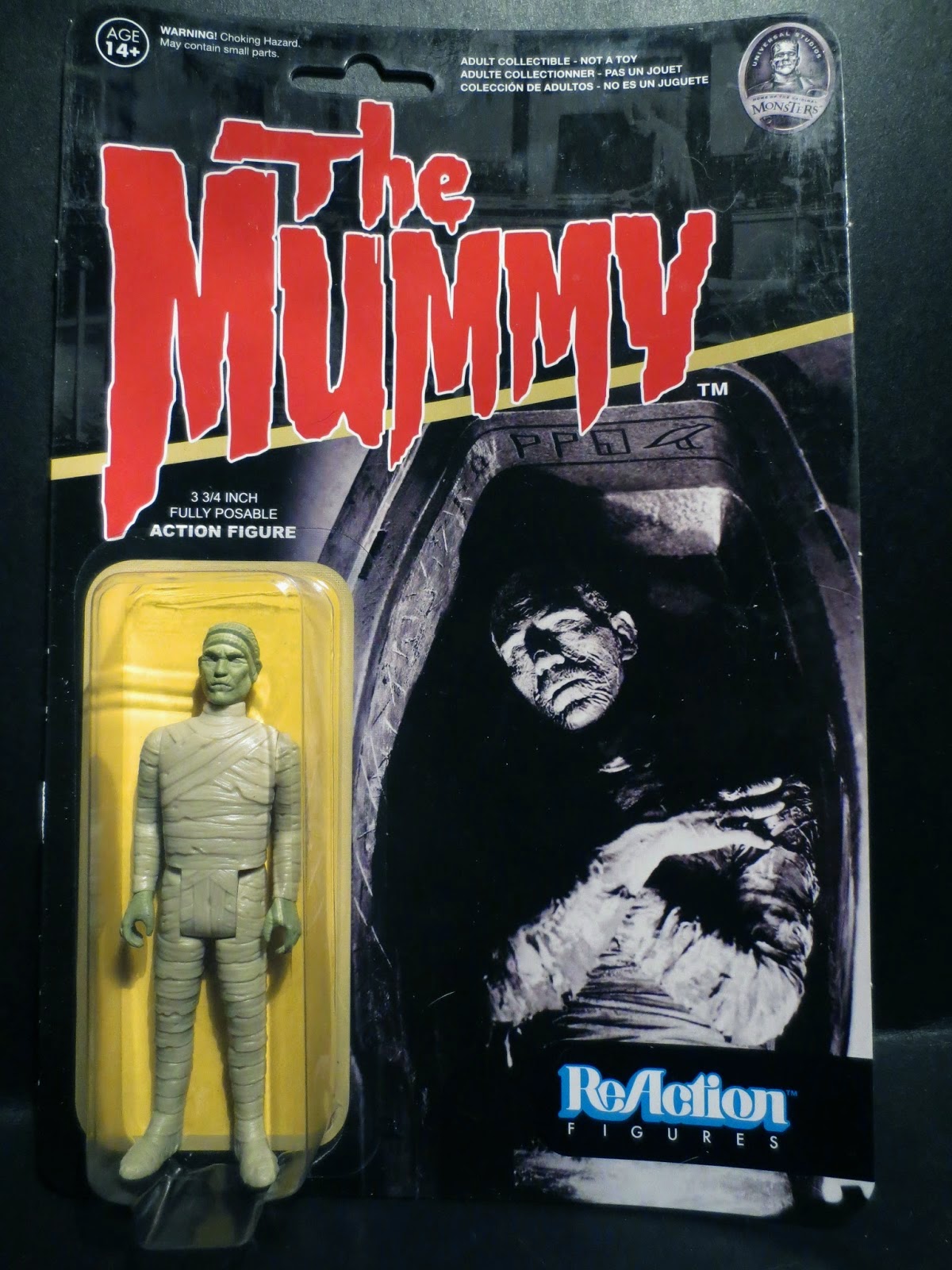 I debated long and hard about whether I could put every ReAction figure under one banner but then I finally decided to go for it, as if I were putting Funko POP on the list or the Mystery Minis, I'd probably put them together as well. ReAction has been one of my favorite lines to collect this year. In fact, I'm just loving the vintage styled figure trend overall and Funko is kind of the top dog right now. The figures have beautiful packaging, feature a diverse array of characters, and are just plain fun. I've been assembling a council of monsters using my Funko ReAction figures, the Twilight Zone stuff from Bif Bang Pow!, and some vintage Star Wars figures, and I'm having a blast. While the quality of the sculpts ebbs and flows (the Universal Monsters and ReAction Horror Series are easily the best so far), this has been a great line to collect and I'm looking forward to what 2015 brings. 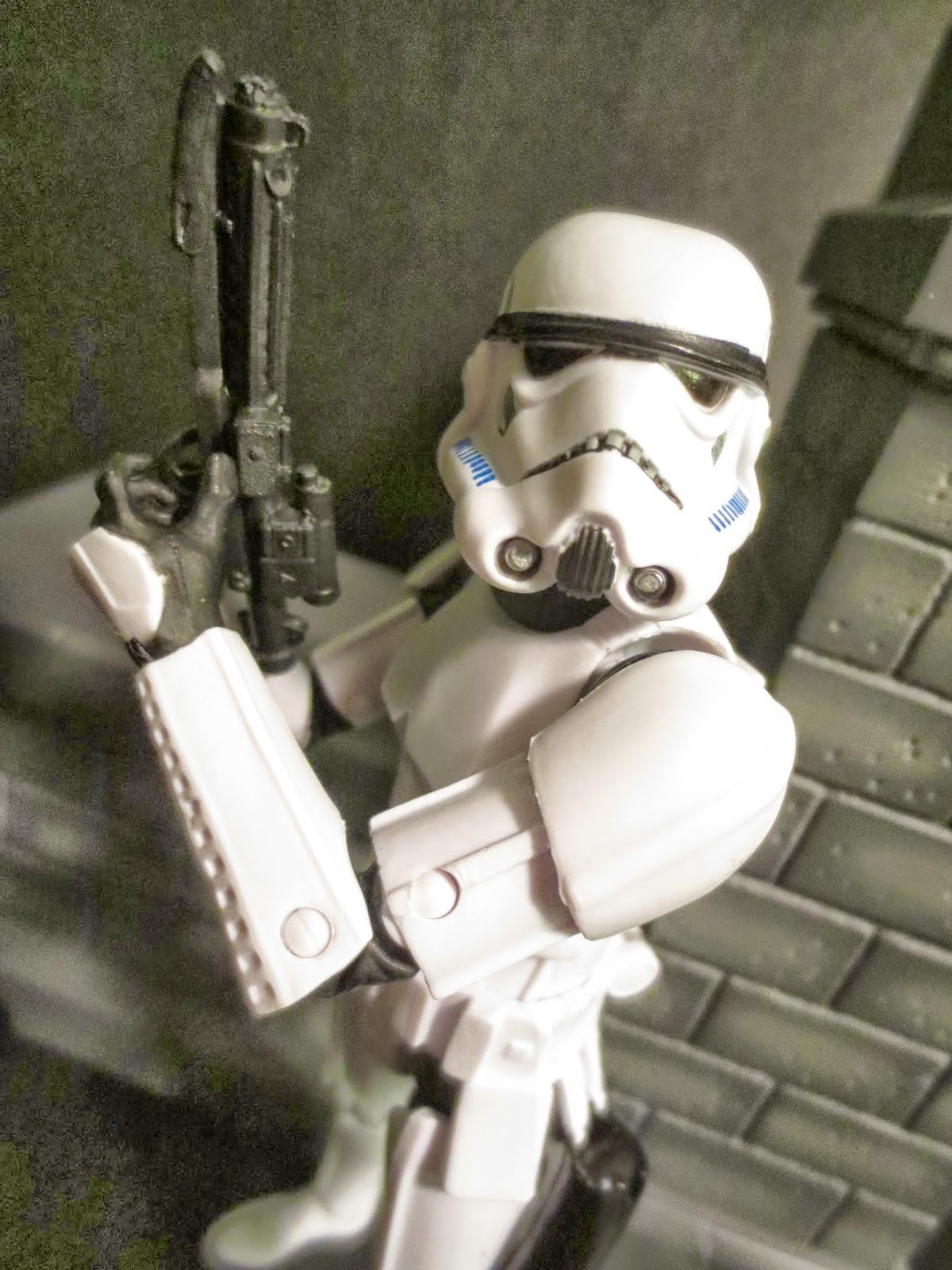 Hasbro has some real problems with the Star Wars licence right now. Their distribution is terrible, as many fans have never even seen a single Rebels figure. They can't seem to get basic figures on shelves. Their case packs are truly bizarre (why is Prequel Obi-Wan in pretty much every wave?) and some of their exclusives have been infuriating (such as making Jabba's accessories exclusives to SDCC), but you know what? The 6 inch line, for the most part, has been pretty good. While there have been some real clankers (Jabba and Obi-Wan are pretty lame), figures like the Stormtrooper, Chewbacca, Clone Trooper Sergeant, and the Speeder Bike with Biker Scout have been amazing. When Hasbro nails something, they nail it and figures like the Clone Trooper and Shadow Squadron are examples of Hasbro nailing it. 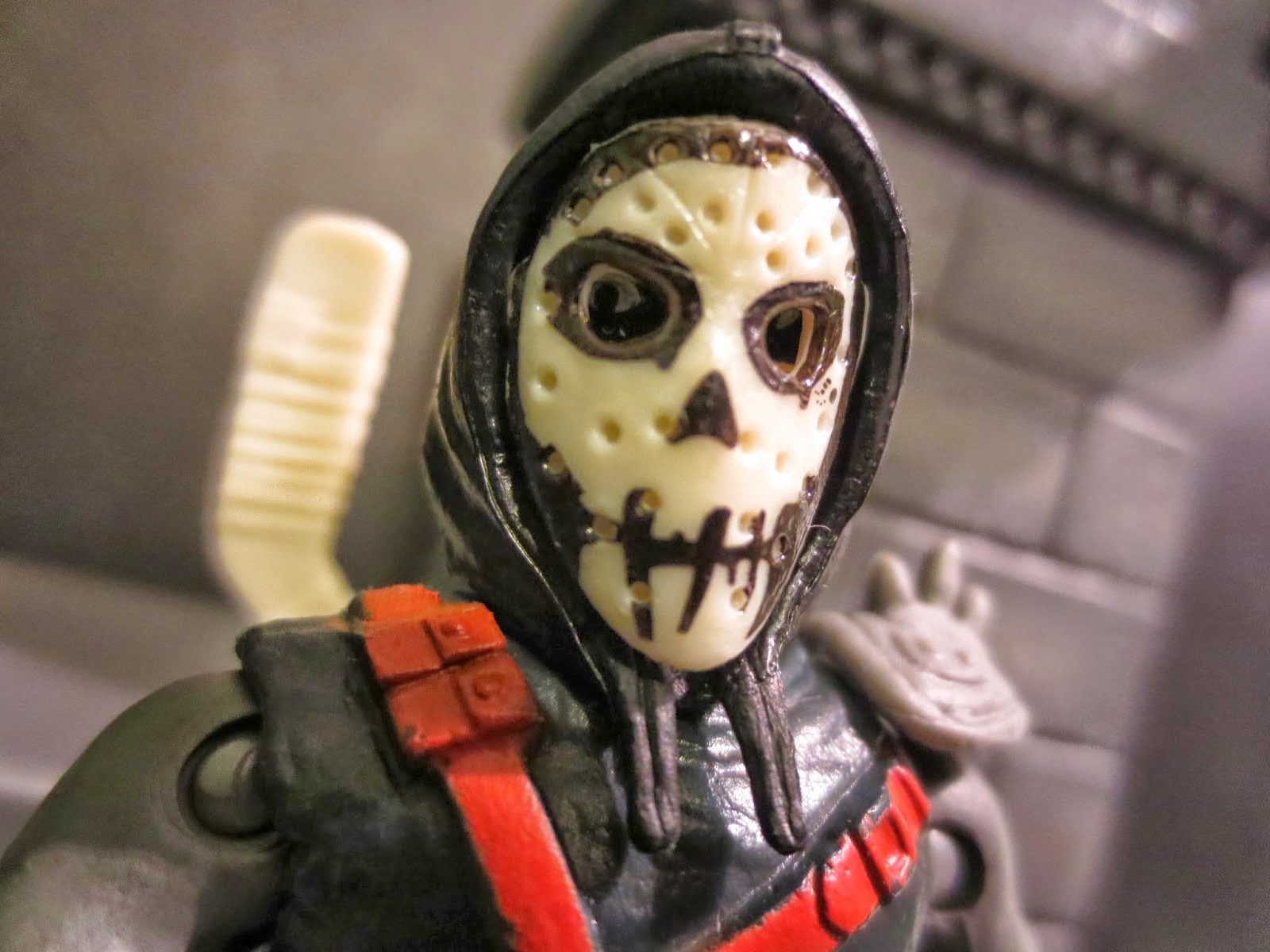 As a collector who grew up in the 80s and 90s, you get a little nostalgic for toylines that do things the old way. For years I've heard toy companies talk about how they can't function like the toylines of the 80s or 90s anymore with modern retail and buying trends. And then comes Playmates with the Nickelodeon based TMNT line. And they say, "Screw that."  Playmates keeps a pretty large amount of figures with multiple characters (and older figures) offered at all times. No one else is doing this today. I couldn’t guarantee you that I could go out to any retail stores today and pick up five different Star Wars or Batman characters in the same scale, but I would guarantee I could with TMNT. Heroes, villains, and turtle variants are offered. Heck, I bet I could get you the whole line if you gave me a week or two not immediately after Christmas (when store shelves are wiped).Playmates manages to get product to stores. Maybe this is easier because they’re super popular, but while my nearest Wal-Mart has only ever had the first wave of Star Wars Black 1/18thscale figures, TMNT gets stocked about once every week or so. Sure, sales factor in, but I wonder how Playmates handles their orders and case pack rations compared to the other guys?
Oh, and they manage to release multiple playsets and vehicles at different price points. While every other manufacturer goes on and on about how things like this are dead, Playmates just keeps selling them in droves.  They also have cross sell booklets in each package showing all of the different figures available and add bio cards to their toys. Sure, they have some weird scale issues and iffy paint jobs from time to time, but they’re available at retail, under 10 bucks, and fun. Playmates is making a successful retail toyline happen. What’s everyone else’s excuse? 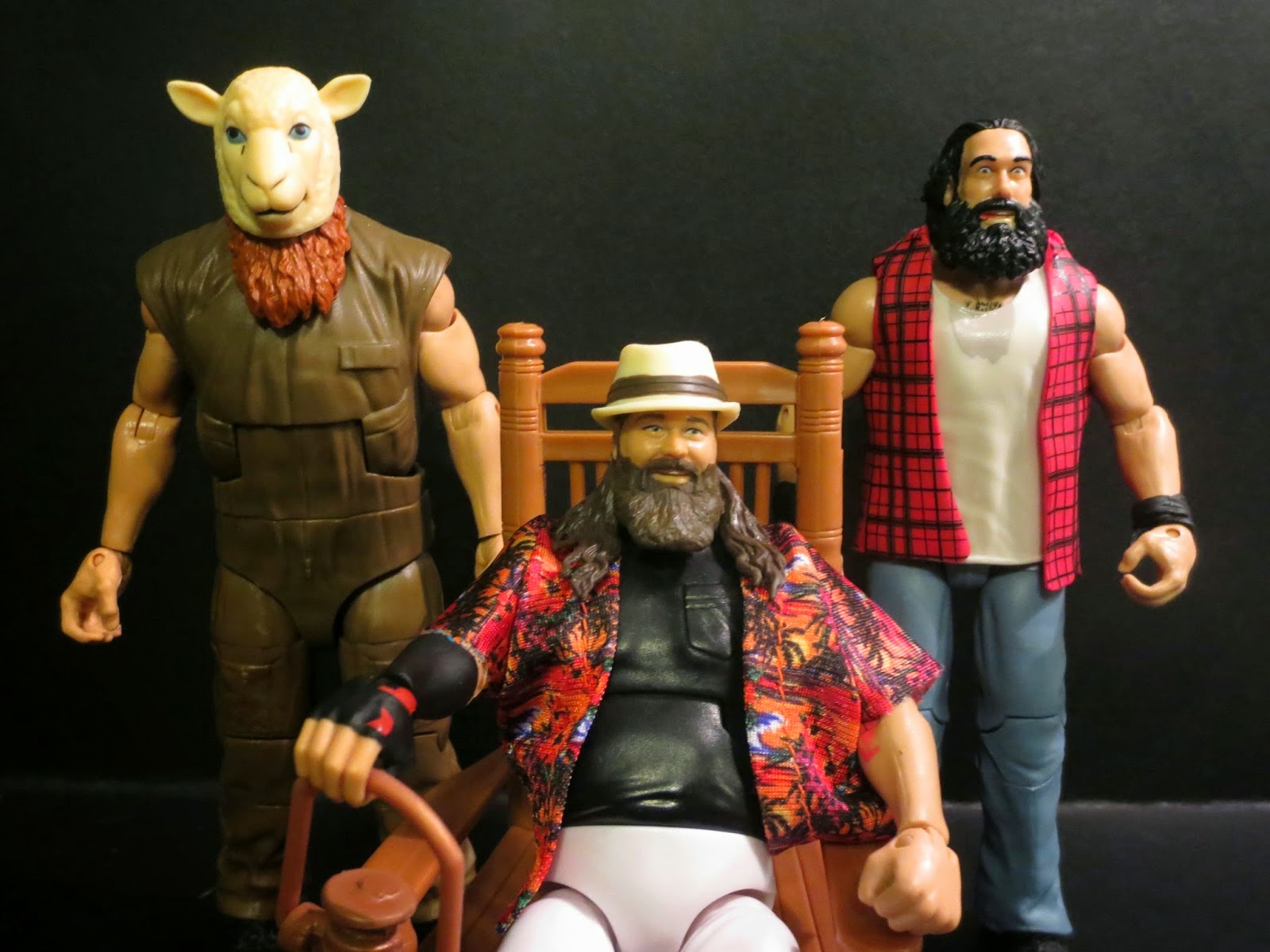 Here's a toyline I never expected to see on this list: WWE Elite by Mattel! I'm not much of a wrestling fan but after watching Wrestlemania with some friends this past year I got rather interested in the Wyatt Family. I ended up tracking down the WWE Elite versions of those guys and guess what? They're amazing toys! These figures are well articulated, extremely durable, feature some solid sculpts, and seem to offer a wide range of characters. While I doubt I'll pick up many more (I do kind of want Andre the Giant), I've got to say that Mattel is doing a heck of a job on these guys. I've had a ton of fun with Bray and his family terrorizing my other toys this year.

Now here are some statistics. Some are questions I looked at last year while others are new for this year:

# of lines from 2013's list that made it on again: 3 (Masters of the Universe Classics, Star Wars Black, and Teenage Mutant Ninja Turtles).
# of lines from NECA: 0 (Last year NECA has three lines on here!)
# of lines from Mattel: 3 (if you count Fisher Price)
# of lines in which Batman appeared: 3
# of lines based on films from 2014: 1 (Marvel Legends: Infinite Series had Guardians, Captain America: The Winter Soldier, and The Amazing Spiderman 2 figures included in it).
# of lines that are newer versions of toys I played with as a kid: 7 (Nothing really changes, does it?)
# of toylines that are based on new intellectual properties: 1 (IAmElemental)
# of toylines featuring someone who was a co-owner of Planet Hollywood: 1 (The ReAction figures included both Schwarzenegger and Bruce Willis figures).
# of toylines that I never saw hide nor hair of at Wal-Mart: 4. This is a big change from last year where there were 7 lines I collected that were not available from a mainstream retailer like Wal-Mart. Of course, Funko also managed to get ReAction into many Wal-Mart stores which is a big plus for them.
# of toylines based on R- rated films: 1, just ReAction. Of course, since I lumped them together, that includes Predator, Alien, Halloween, The Crow, Pulp Fiction, Escape from New York, Trick 'r Treat, A Nightmare on Elm Street, Friday the 13th, Hellraiser, Terminator, and Scream.
# of toylines that I was a completest on and bought everything offered: 1- IAmElemental. I would have had every MOTUC offering, but I didn't get the SDCC exclusive Imp chest since I ordered mine through MattyCollector.

# of toylines that were available through Kickstarter or an online subscription method: 2- IAmElemental and Masters of the Universe Classics. I expect this will be higher next year.

# of toylines in a 1/18th scale or smaller: 3 (Imaginext, IAmElemental, and Funko's ReAction).