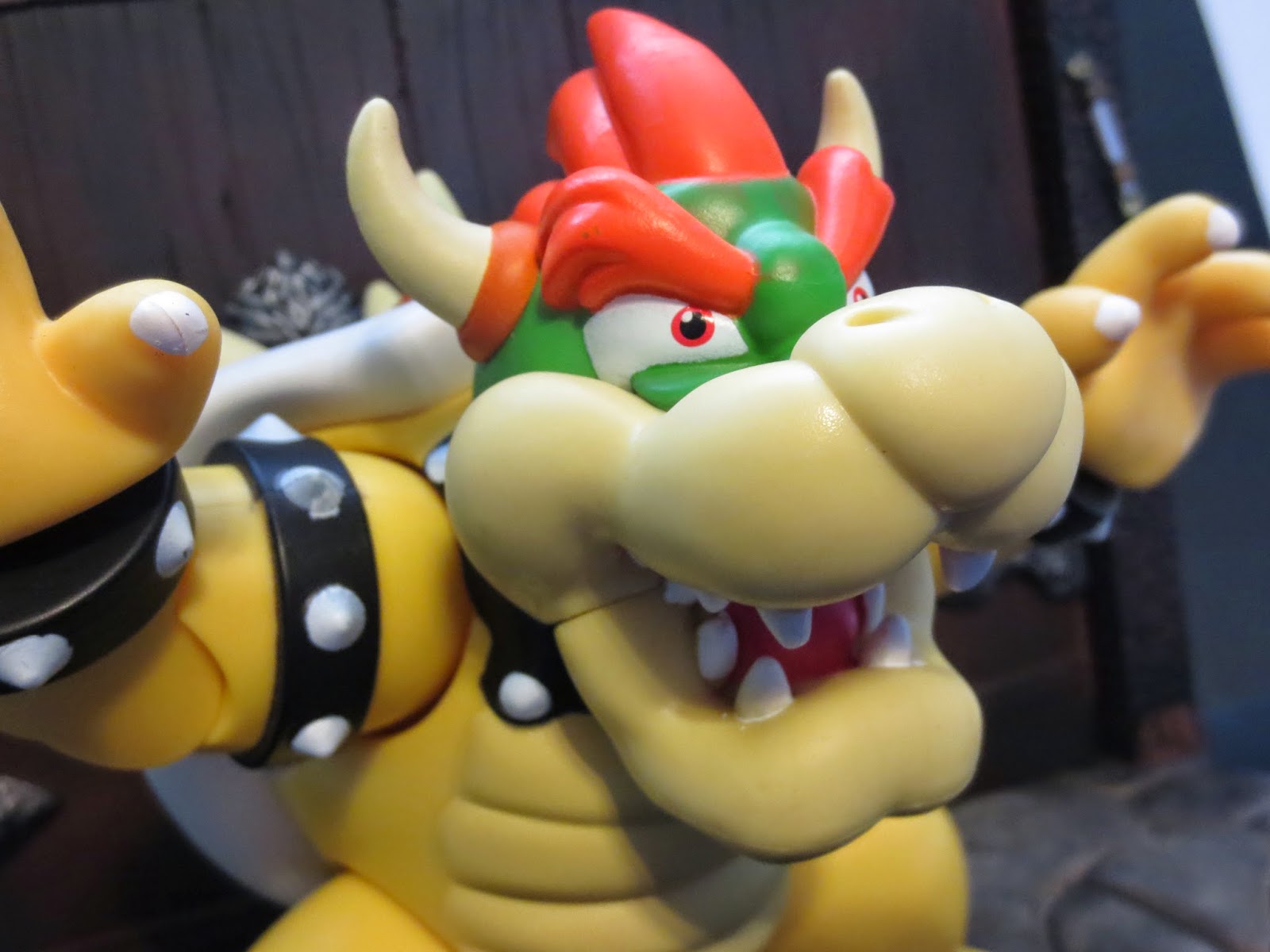 Is there anyone who doesn't know who Bowser is? Anyone? Anyone? Yup, didn't think so. Ever since appearing in Super Mario Bros. in 1985 Bowser is pretty much the go to bad guy when you think of video game antagonists. He's a fire breathing, princess kidnapping, evil dictator who just keeps coming back after every defeat; what's not to love? Bowser is part of Jakks Pacific's World of Nintendo line and is featured as one of the two "deluxe" figures available (along with Donkey Kong). Released in a window box rather than on a traditional blister card, Bowser does impress with his size and his $15 price tag. Is he worth tracking down? Read on and find out... 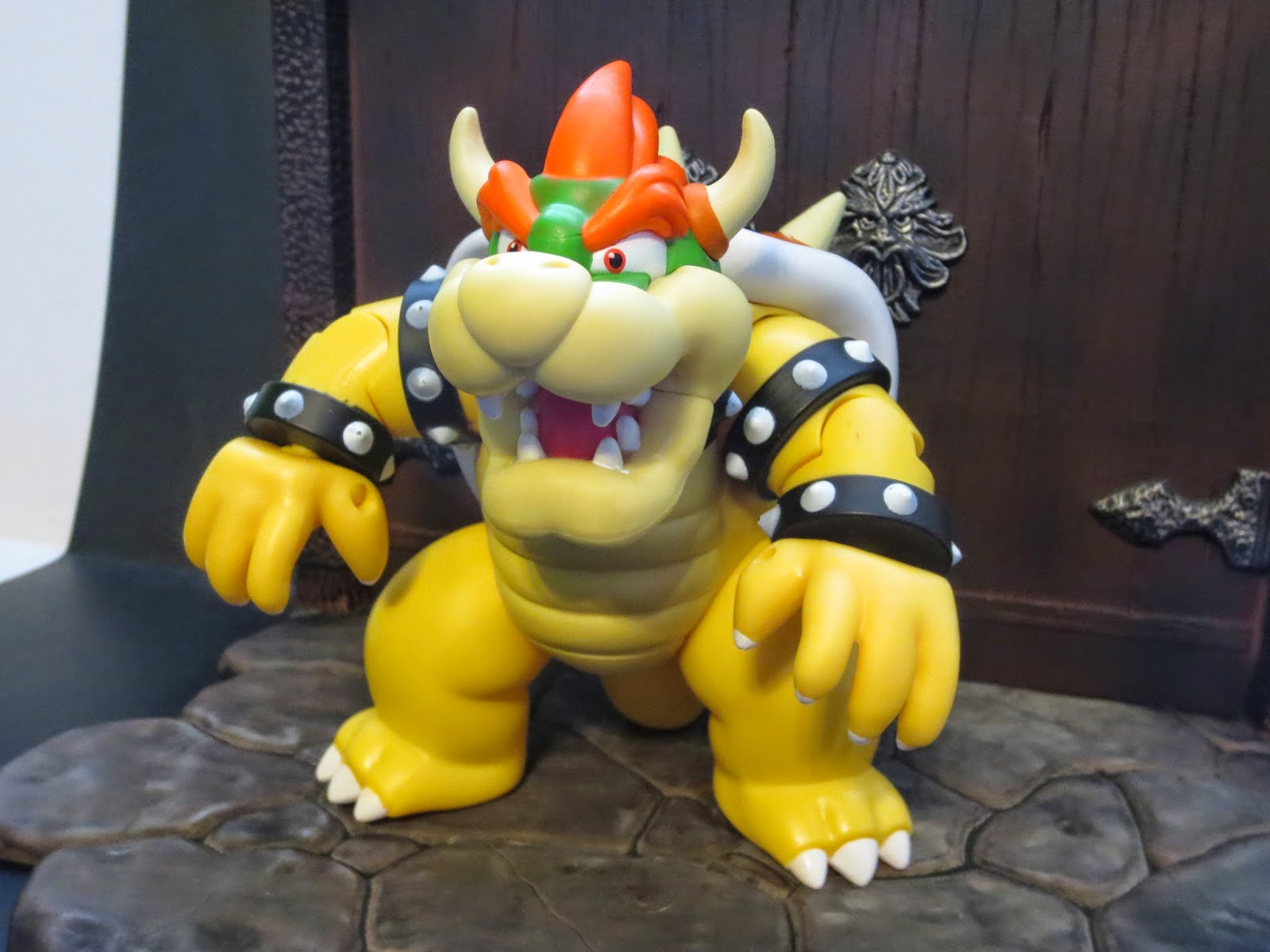 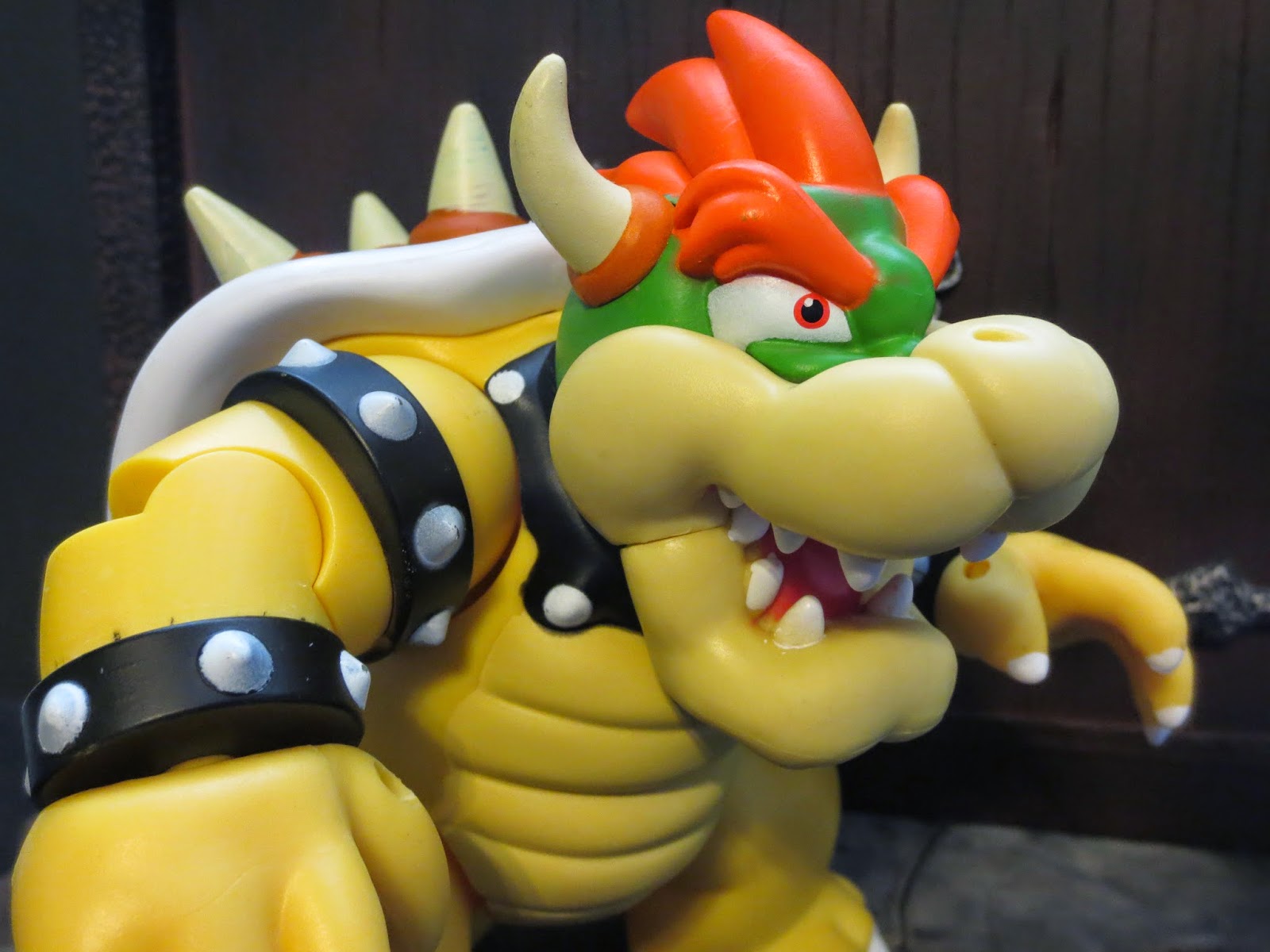 *First things first: This is a great sculpt of Bowser. It perfectly captures the colorful yet menacing look of the King of the Koopas as he has appeared in video games for quite some time. Yeah, Bowser hasn't changed much over the years, but this really looks like his appearances in the New Super Mario Bros. series and in the Super Smash Bros. games. The detail might be a bit soft but it feels true to the source material. 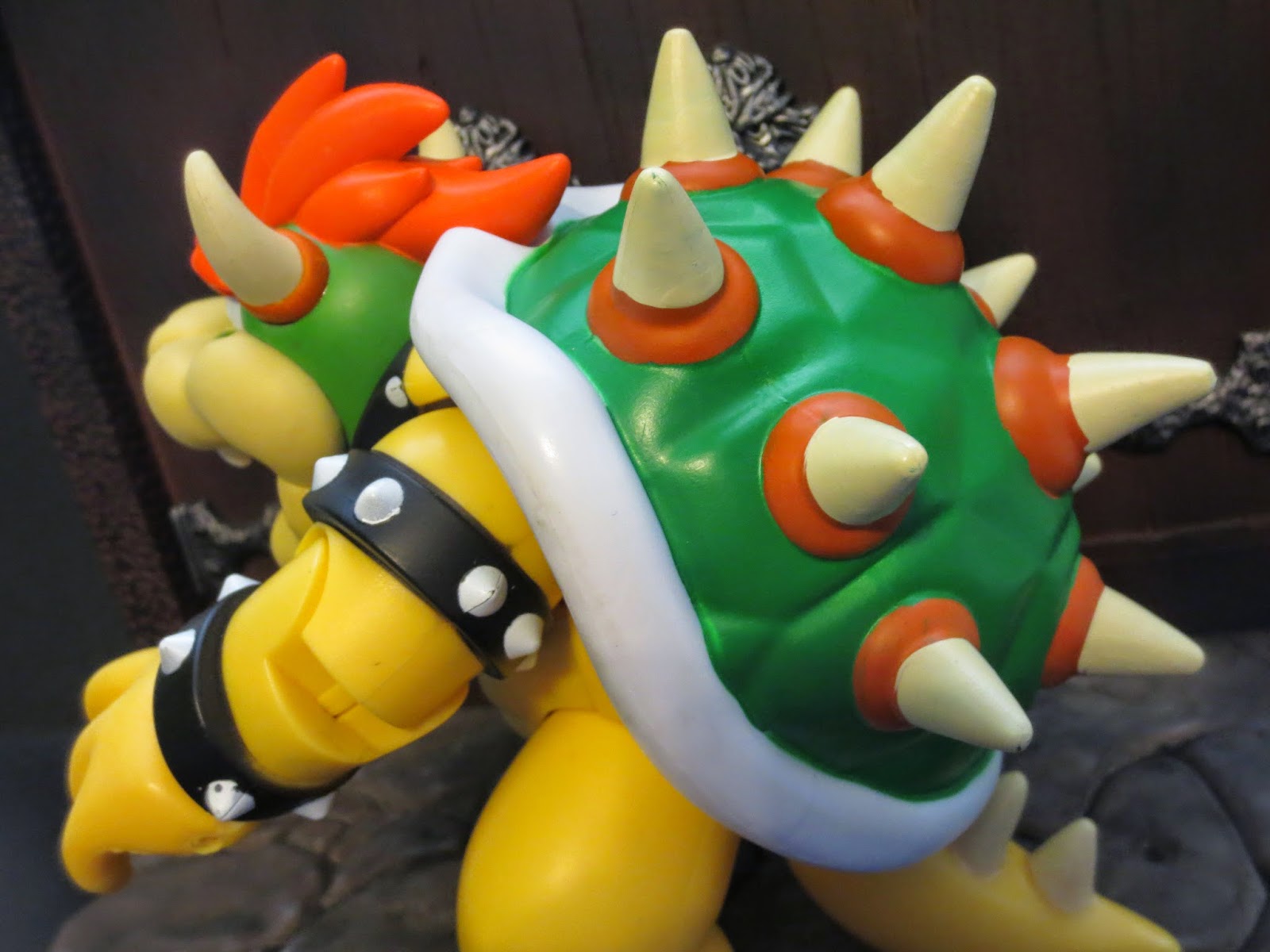 *While there are a few slightly mess spots, overall I love the colorful paint work. The mixture of solid green, orange, and yellow really gives Bowser a bright, bold appearance. The little studs on his leather straps are a bit weaker but the shell on his back looks great. 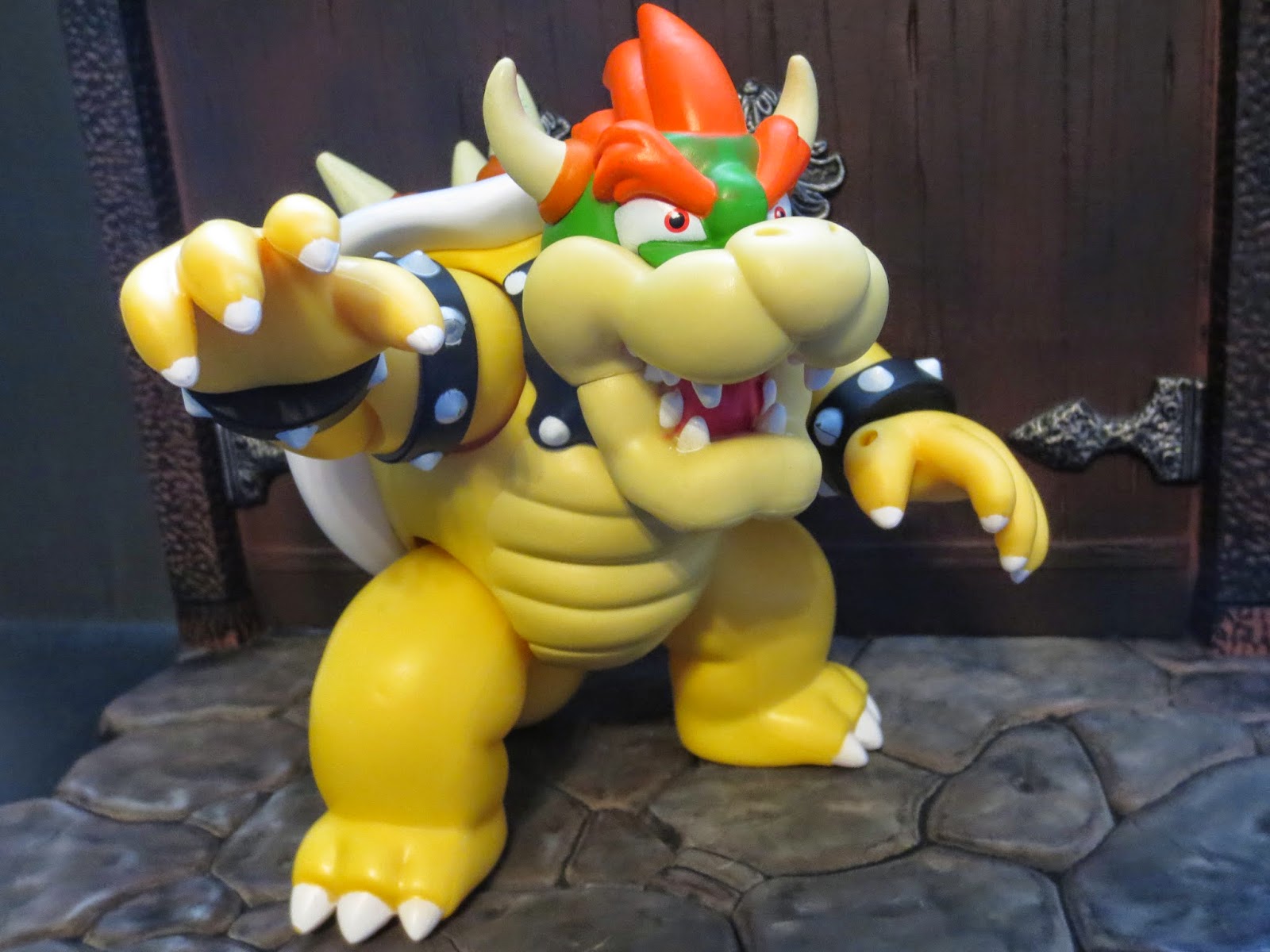 *Bowser just isn't that well articulated. I absolutely recognize that articulation can be tough for a chunky, oddly shaped character like Bowser, but Jakks missed a few opportunities. The biggest one to me is that Bowser has hinged wrists but they don't swivel. They look like they could, but they don't. Why? Honestly, if he at least had swivel wrists and maybe bicep swivels, I'd be much happier. 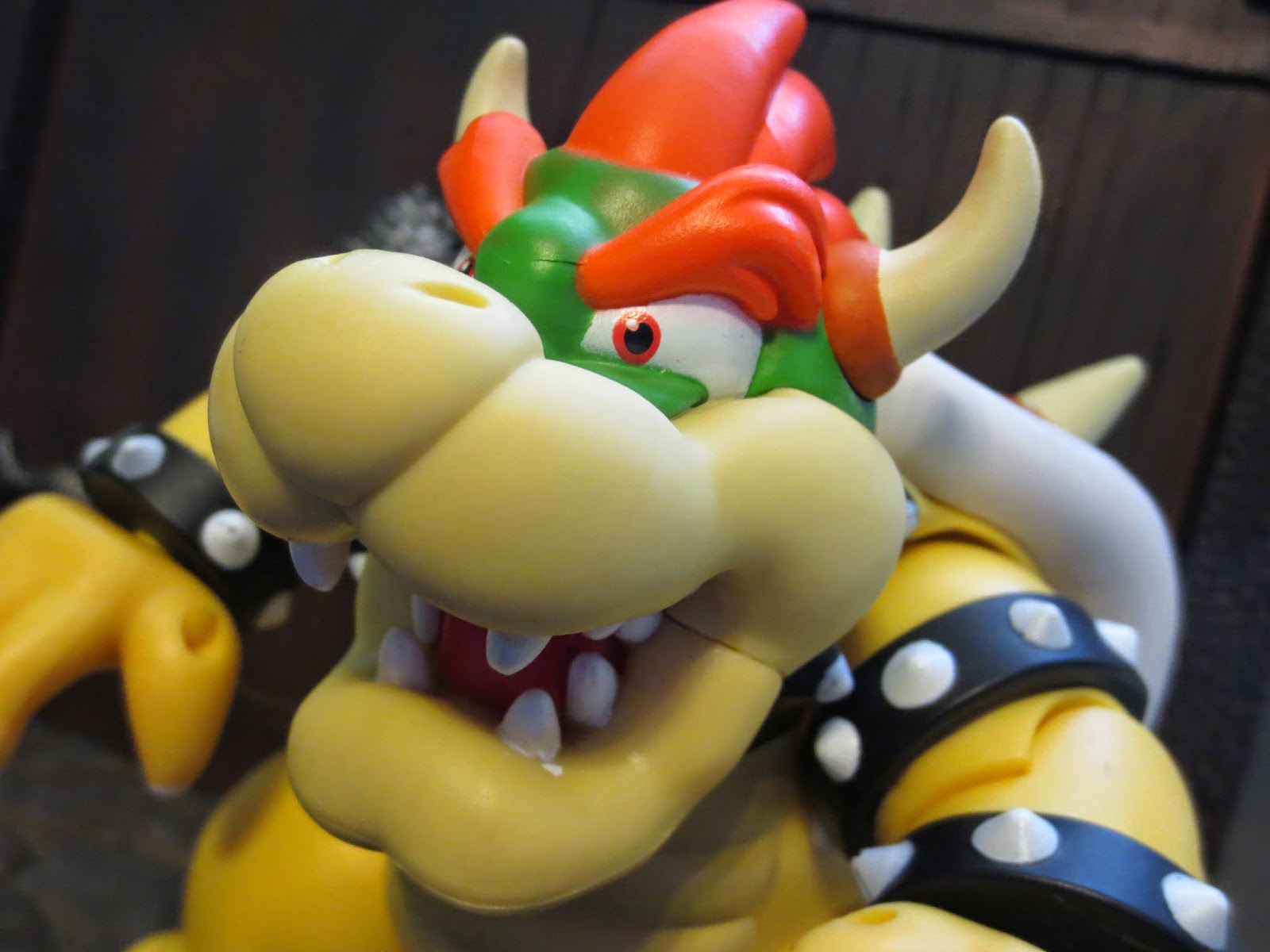 *While the basic figures all come with some cool extra (Wario's coin, Yoshi's Egg, Mario's mushroom), Bowser didn't come with anything. I would have loved some cool little extra such as a fireball or the axe Mario uses to destroy the bridge in the original game. Anything would have been better than nothing. 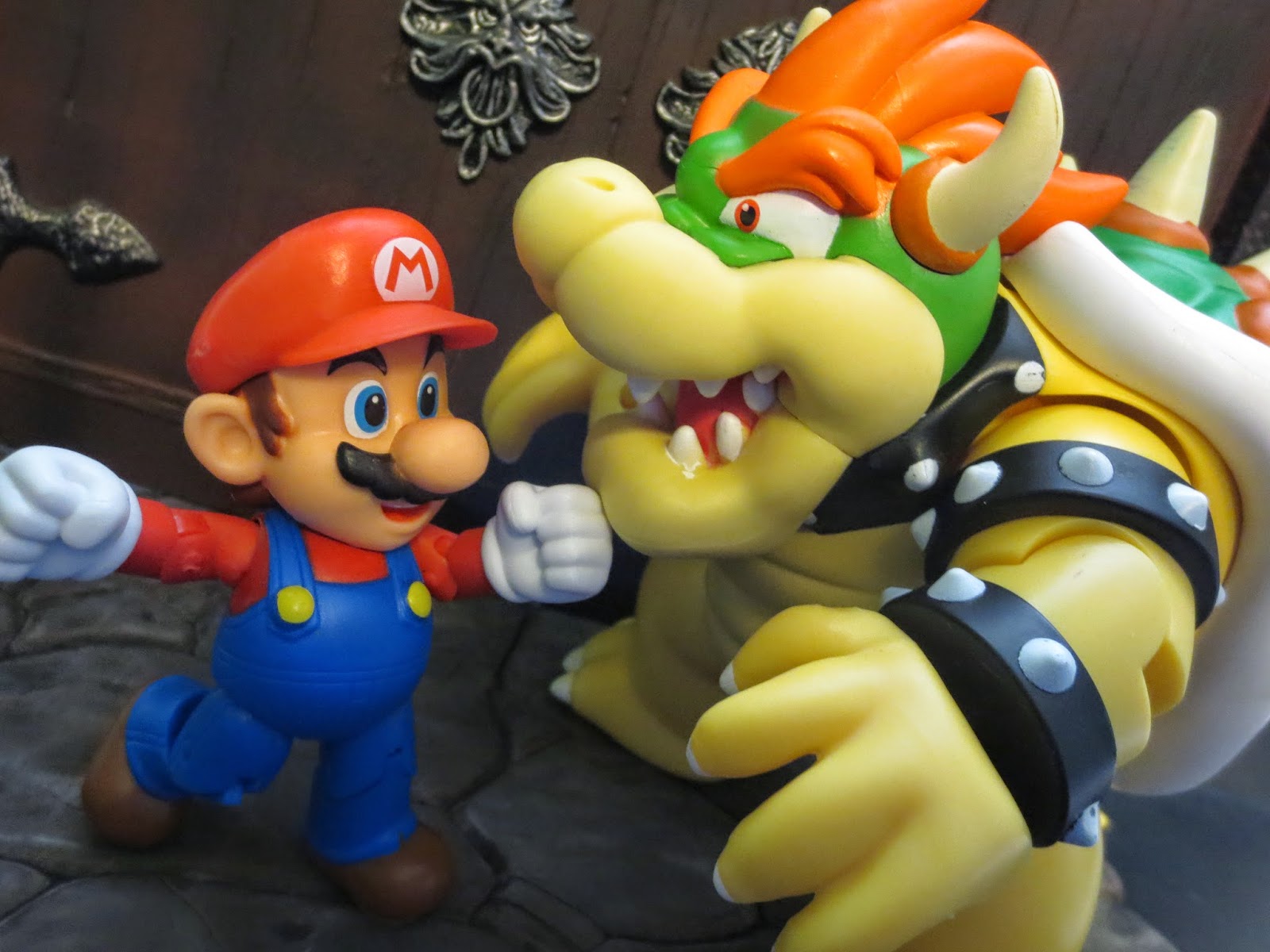 Part of me feels like Jakks missed a few opportunities here while another part of me is thrilled by how cool this Bowser looks. I mean, I bought a 6-7 inch Bowser action figure at Toys 'r Us for $15 bucks! I wish I could tell this to my 9 year old self, while he/I was sitting around in tears playing with the Dennis Hopper based Bowser/ King Koopa action figure and asking mommy why there was so much wrong with the world. Bowser could have had some better thought out articulation but he's still a cool figure available at mass retail for a low price. I'm giving him a Great, because I can. He looks completely, utterly, and totally boss.

I've reviewed three other figures from the first series of World of Nintendo:
Mario
Wario
Yoshi
Posted by Barbecue17 at 1/21/2015