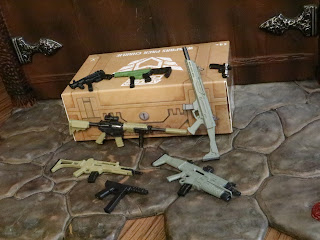 It seems like it was just a few days ago when I reviewed Weapons Pack Alpha from Valaverse's Action Force line.... wait. It was earlier this week. Yeah, I ended up getting my Weapons Pack Alpha and Weapons Pack Charlie at the same time, so I'm getting to review both sets fairly close together. While Weapons Packs Alpha and Bravo features weapons that we saw in the Prototype Armaments set, Charlie features eight all new weapons. Some of them have been included with other figures but they've not been in any accessory packs. The price has gone up a couple dollars and there are fewer guns in this set but the paintwork is more impressive and you get more firing effects. How does Weapons Pack Charlie do in equipping your troops? Let's find out after the break... 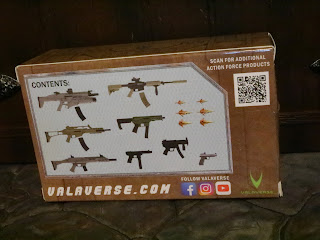 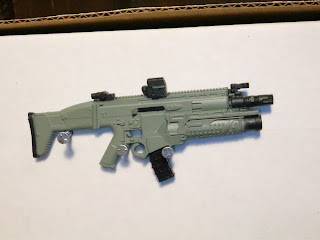 * First up is a FN SCAR with an attached grenade launcher, a marvelous sculpt of a modern weapon that seems to be in use by many different groups. Duster from series 2 comes with this same rifle but here the body color is more of a grayish color than tan. It's an incredibly versatile weapon that ought to make your 1/12th figures jealous of whomever gets to use it. 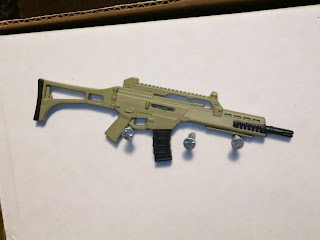 * Next up is another assault rifle: A HK G36. The Garrison Cavalry figures from series 2 come wielding these but this version receives a nice tan paintjob on the body to show off more of the detail in the sculpt. These are just such impressive 1/12th scale accessories and they look fantastic. Many 1/18th scaled G.I. Joe figures came with G36s during during the 2000s and early 2010s, so it's nice to have access to the rifle for the modern 1/12th scaled figures. 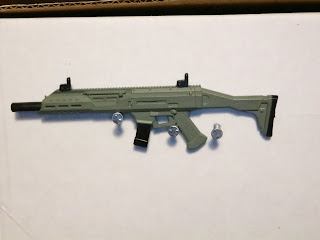 * I'm not sure what this rifle is, so help me out. It's super familiar but I can't bring a name to mind. It's quite cool looking, though, and loaded with great detail. The paintwork really enhances these accessories, bringing out the barrel, the sights, the magazine, and the end of the stock. 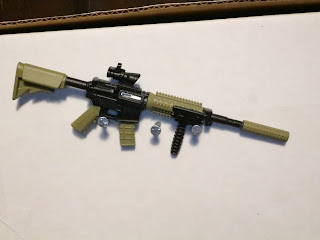 * This is a fantastic M4A1. The sculpt, the paint, and the addition of extras like the foregrip, the laser system, and the reflex sight really bring this to life. Someday it would be cool if Valaverse offered the ability to purchase packs of certain accessories, kind of like Marauders does. This would make an awesome "standard" weapon for any 6 inch scaled tactical team. 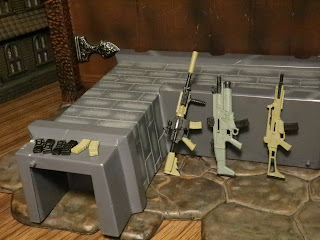 * The M4A1, FN SCAR, and G36 all have removable magazines. There also extra magazines included, too, so you get 6 magazines combined for the G36 and SCAR and 3 for the M4A1. They swap easily and stay in securely. 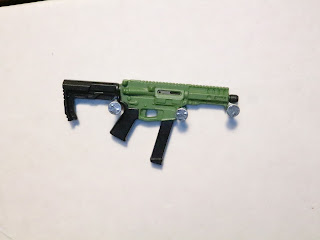 * This really cool submachine gun had me baffled at first but after some looking around I think this is a Fightlite MXR, a compact submachine gun that is also available in a civilian model. I love the green and black color scheme here. For some reason, it makes me think it would be a good secondary weapon for Beach Head. 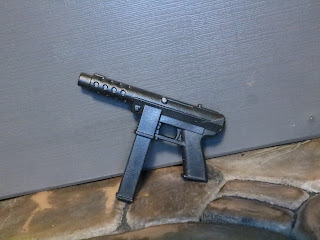 * The TEC-9 is a notorious semi-automatic pistol with a large magazine and it definitely seems like something bad guys might still get ahold of on the aftermarket. I remember the Dr. McNamara figure from Kenner's RoboCop toyline came with one, though it is perhaps most recognizable as the weapon used by Jack Burton in Big Trouble in Little China. How many Jack Burton customs do you think we'll see now? 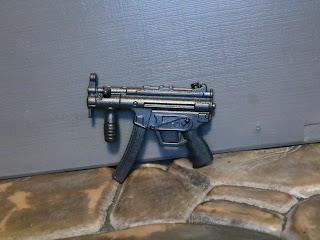 * The MP5K is another weapon recognizable from about any movie, TV show, video game, or footage of real world armed forces you've ever seen. This is a nice, basic SMG that we've seen included with many action figures. 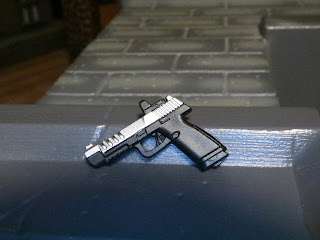 * Another tactical pistol is included, a small black and silver piece that looks like a Sig Sauer M17 to me, though I may absolutely be wrong. Fantastic sculpting, though, and I love the little extra details on the slide and the enhanced sight on top. This is another weapon I could imagine folks wanting to be able to purchase a whole bag of for their figures. 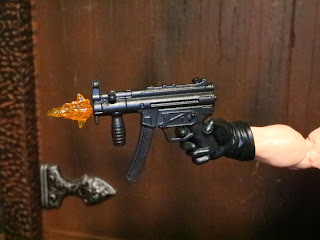 * Like the previous Weapons Packs, Charlie also comes with three different styles of muzzle effects for your display. You actually get two of each style in this set, so six effects total. These not only fit Action Force guns but they also fit nicely on many G.I. Joe Classified Series weapons and the hollow barreled Marvel Legends weapons. The first firing effect is a bit smaller and is intended for pistols and such but it'll fit in any of the weapons with hollow barrels as well. That's most of the Action Force weapons. 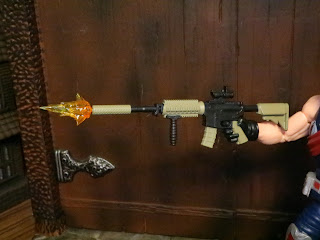 * The second effect is a bit larger and can also fit in any weapon with a hollow barrel. The effects in Weapons Pack Charlie actually feel more durable than the previous effects, like they're molded from a sturdier, more flexible plastic. Remember that you get two of each effect in this set. 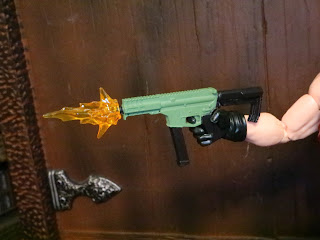 * The final firing effect is different in that it actually slips over the barrel of certain weapons with a much thinner barrel, like the Fightlite MXR seen here. 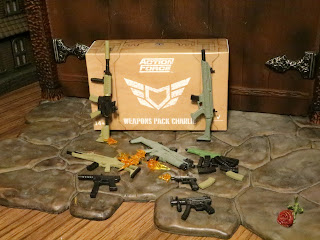 I'm giving Weapons Pack Charlie an Epic rating as well. So far as accessory packs go, this one is another hit. It's a couple bucks more expensive than Alpha or Bravo with a couple fewer weapons but the weapons included mostly have more impressive paint jobs and you get twice as many firing effects. For $15 bucks there is enough stuff here to really add equip about five or six figures, plus the muzzle effects are just super fun. This is another great set of weapons at a very fair price and whether you're using these with Action Force or other 1/12th scale lines, you ought to be pretty pleased with what you get.