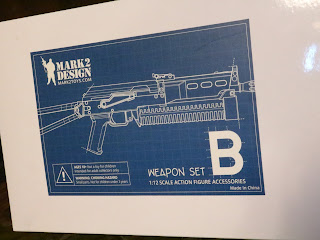 A week or so ago I reviewed Weapon Set A from Mark 2 Toys, a new small creator of 1/12scale accessories from which contributed weapons sculpting to Valaverse's Action Force line. Those figures have some fantastic weaponry and now Mark 2 Designs is selling some of their own sculpts in very affordable packs. Today I'm looking at Weapon Set B, another pack of eight solid plastic 1/12th scaled accessories that work with a variety of toylines such as Action Force, Marvel Legends, G.I. Joe: Classified Series, and other 6-7 inch scaled figures in need of some additional firepower. It seems like Mark 2 Toys (my packages say Mark 2 Design but I think they might have changed the name) has plans to offer more goodies in the future. This set has some very cool sculpts that can definitely complement a number of figures you may already have in your collection, so let's check it out after the break... 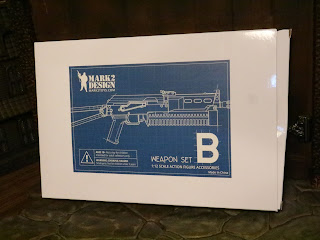 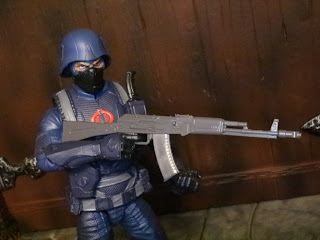 * First up is an AK-74M, an upgraded of the AK-74 first produced in 1991. It's still the standard weapon of the Russian military, so expect a lot of your enemy figures to be wielding these. Or if you have any Ukranian freedom fighters, they can "liberate" these from any Russians who no longer need them. This is seriously nice sculpt, though. I'm really interested to see some of these weapons released painted in the future to really show off the detail. 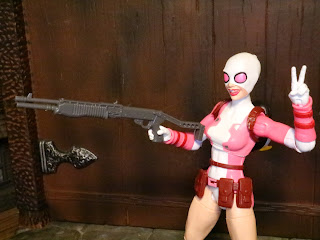 * The Franchi SPAS-12 is another staple of action movies and video games and is one of the most recognizable shotguns in the world. The recent 6 inch Robert Muldoon from Mattel's Jurassic Park line didn't come with one of these even though he uses it in the film, so pick this set up and give Muldoon something to rely on.

* Some of the weapons in these sets are a bit slimmer and work really nicely with female figures. 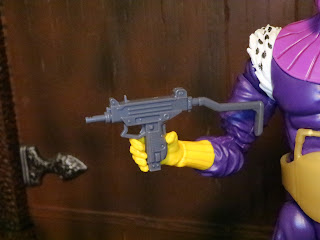 * The micro Uzi is another recognizable weapon that delivers some serious firepower in a compact package. Besides appearing in dozens of movies and video games, this is also a prominent weapon in G.I. Joe, so Classified Series fans should definitely want to snap this set up. I like the appearance of the stock, too. It definitely makes this a little bit more unique. The Coleco Rambo and the Forces of Freedom line was filled with Uzis back in the day, so it's cool to be able to amass them in some modern 6 inch lines. 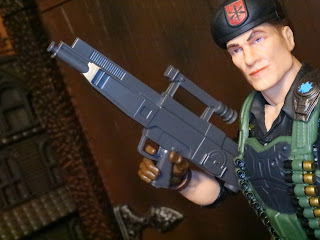 * Despite never really entering into production, the HK G11 is another extremely recognizable weapon due to its multiple appearances in videogames (I remember it from Syphon Filter) and in both the vintage and modern G.I. Joe lines. In the vintage line Headman came with a version of the weapon while in the Rise of Cobra line it came equipped with Agent Helix, one of the best figures from that line. I love the sleek, "futuristic" design; it makes a nice modern upgrade for Joe team members with older weapons. 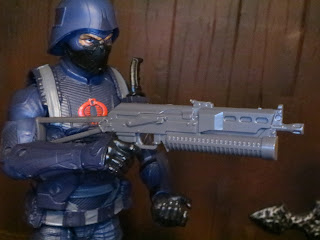 * The PP-19 Bizon-2 is another Russian weapon, though a more obscure one. The tube on the bottom is actually a helical magazine with a fairly high ammunition capacity. It's a great looking weapon for any Cobra troops or other nefarious sorts. I wouldn't have known it right off the bat except that I thought it looked familiar to the submachine gun that came with the vintage Big Bear G.I. Joe figure (though his packaging called it an AK-88, which isn't a real thing). 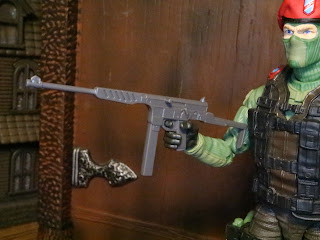 * If you recognize this gun as the weapon the vintage Beach Head figure came equipped with, you'd be right! His packaging called it a 9mm XF-7 Wasp submachine gun, which is pretty close to the real name: A Demro XF-7 Wasp. I've never hear of the real gun before so it was cool to see it here. It makes a great supplement to the Classifie dSeries Beach head figure, too. 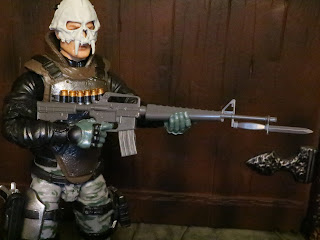 * The set concludes by giving us two M16A1 rifles. The first has a bayonet attached. 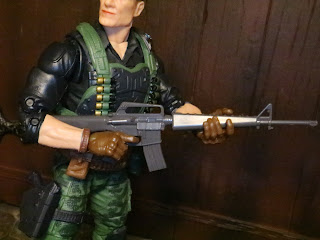 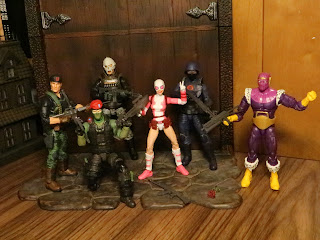 Like with Weapon Set A, these are some quality sculpts that deliver a nice variety of weapons to use with various 6 and 7 inch scaled figures. The price on these is quite reasonable (less than $2 dollars a weapon) and the sculpts and detail are top notch. My only complaint is that a couple of the weapons feel a bit too slender and the light grey plastic, while showing detail nicely, could stand to be a bit darker. I'd love to see more sculpts from Mark 2 Toys in the future and some painted models, too. This is another Good and a 1/2 set that's well worth picking up if your troops need some more armaments.