Action Figure Review: Undertaker from Masters of the WWE Universe by Mattel 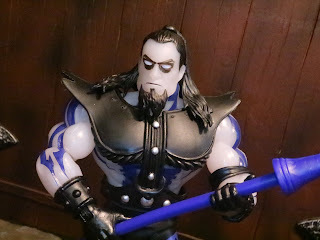 To really make this review of the Undertaker as authentic as possible I should write the longest intro ever! But I'm not going to do that, as I'm ready to jump right in and talk about this toy. The Undertaker is part of the third series of Mattel's Masters of the WWE Universe line and, like most other figures in the line, you're getting a WWE Superstar meshed with the gimmick of a Masters of the Universe figure. For the usually supernaturally inspired Undertaker Mattel gave him the gimmick and weapon of Scareglow, the evil ghost of Skeletor! It's an excellent combination as this really looks like something the Undertaker would have worn during the Ministry of Darkness period. Let's jump in and check out this Dead Man Walking after the break... 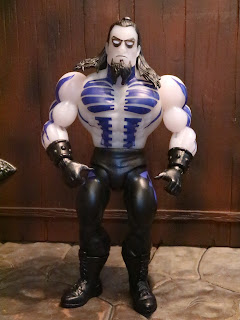 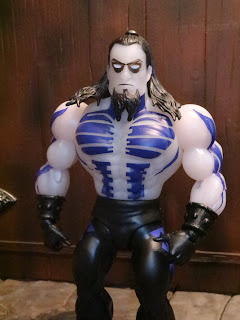 * Let's start with the coolest part of the figure: The Undertaker's glow in the dark skeletal torso. Just like most Scareglow figures, the "bones" are the white part of his torso while the negative space is painted over. Here the negative space is painted purple, which stands out nicely and ties in with the Undertaker's usual colors of black and purple. He has a nice healthy glow, too, that's sure to frighten those who challenge him in the ring. 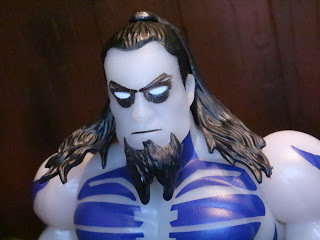 * The headsculpt is pretty cool. Again, it definitely looks like the Undertaker during the Ministry of Darkness. The facial hair and long hair with an added ponytail definitely are from that era. The spooky, all white eyes are pretty creepy as well. 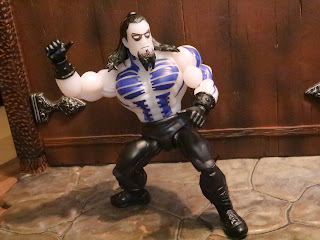 * The Undertaker has the same articulation scheme as the rest of the figures in this series, which used the articulation designed for the Masters of the Universe Origins line. These are chunky, durable figures with quite a bit of movement. They're awfully fun to play with and they're just flat out good toys. They also feature easily removable body parts, allowing you to mix and match parts easily. This isn't really an advertised feature but it works so well that it's definitely a real strength of the line for folks wanting to make their own characters. 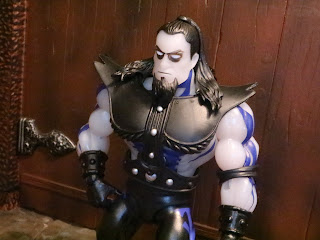 * The Undertaker does come packaged with "Undead Armor" which is actually the armor from the Masters of the Universe Classics Tri-Klops figure. It's done in black and silver here and, overall, it fits the figure quite nicely. His long hair holds the shoulder pieces down, too, keeping everything nice and tight. 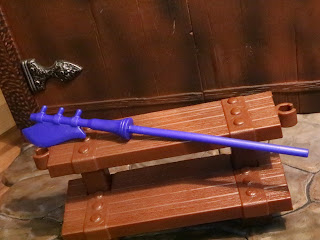 * The Undertaker also comes with a Soul Scythe which looks like Scareglow's scythe, but in purple. I believe this is the same scythe that the upcoming Masters of the Universe Origins Scareglow is going to come with, though his will be green. It's a cool piece and it looks fantastic with the Undertaker, especially when he's all armored up. He can even hold it in both hands. 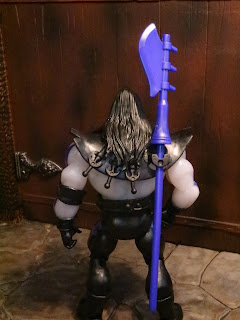 * The back of the MOTUC Tri-Klops armor is pretty cool as it has three daggers sculpted on it and there is a spot that was originally intended to hold Tri-Klops' sword. While Undertaker doesn't come with a sword he does have his Soul Scythe and you can fit it into the slot so he can tote it around when he's too busy taking people for a Last Ride. 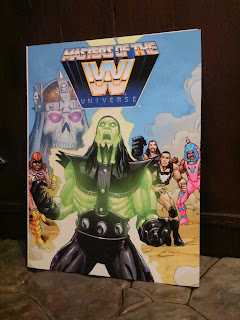 *    Behind each standard MOTWWEU release is a minicomic of sorts. It's only 4 pages (cover, bio, comic, and back page with cross sell art) but it looks cool and does offer some cool information on the role of the characters in WWEternia.The art is really cool in these and they definitely give you some decent information about the characters and a short story about The Undertaker and his evil schemes for WWEternia. 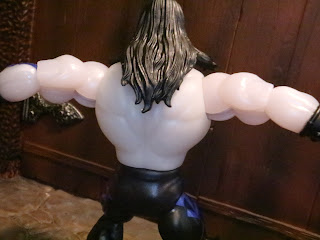 * The back of the Undertaker is just plain white with no bones painted on. That's kind of lame, right? 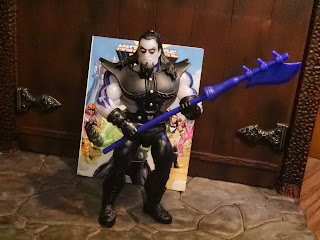 People love Scareglow and they love the Undertaker, so combining those two seems to have been a hit. Seriously, this guy seems to be pretty popular. He's a great looking figure that can definitely appeal to wrestling fans but he also makes for a decent looking MOTU figure, too. Considering how modular these figures are I imagine we will see lots of collectors combining Undertaker's parts with Sacreglow, and vice versa. This guy is an Epic toy and easily one of the best MOTWWEU figures yet.

If you're a fan of the Undertaker I've also reviewed the Wrestlemania 2016 branded Elite Undertaker and the WWE Zombies Undertaker.

For more Masters of the WWE Universe figures check out the following: