Action Figure Review: Braun Strowman from Masters of the WWE Universe by Mattel 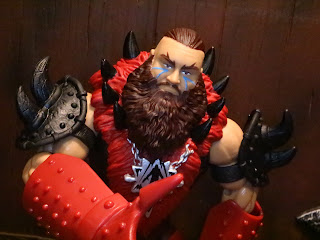 A week or two ago I was in a Walmart picking up supplies and hunting for Masters of the Universe Origins figures when I saw a box labeled "Masters of the WWE Universe" figures sitting on a palette to be stocked. I asked a nearby employee employee if she could let me see what was in the box and she actually opened it for me to reveal all of series 3 of Masters of the WWE Universe, the Walmart exclusive Masters of the Universe/ WWE hybrid toyline that some of us absolutely love and others despise. Today I'm checking out Braun Strowman, the "Ruthless Monster Among Men" who is decked out like Beast Man. Honestly, Braun Strowman would make an excellent Beast Man in a film, wouldn't he? The dude is legitimately massive and incredibly strong. He's also currently the holder of the Universal Championship, so he's got some real momentum going for him. Braun is one of the best MOTWWEU figures to be released to date and we're getting ready to enter the squared circle with him after the break... 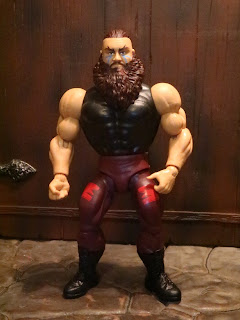 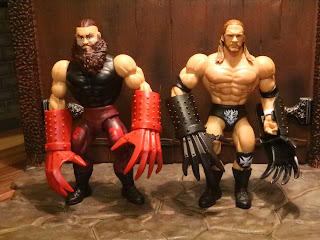 * Braun Strowman is on the left while Triple H from the Grayskull Mania set is on the right. Most of these figures use the same bodies and despite in real life Strowman and Triple H looking nothing alike, it kind of fits the MOTU proportions of the line. Strowman's wearing a shirt, though, and his torso seems a bit smoother with a longer neck than Triple H. They've got the same claws, too, which originally came with the Masters of the Universe Classics Terror Claws Skeletor. 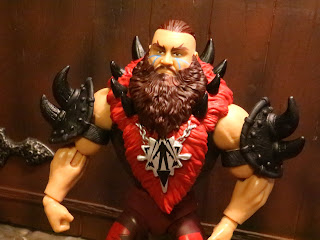 * Braun Strowman really blends well with the Beast Man look, especially with the cool red and black color scheme. His neckpiece sits a bit higher so that the Beast Man furry collar fits better over his torso. He's really a pretty impressive looking figure. Underneath he's a pretty standard Braun Strowman, but the MOTU parts and the chunky style make him feel like a real Eternian warrior. 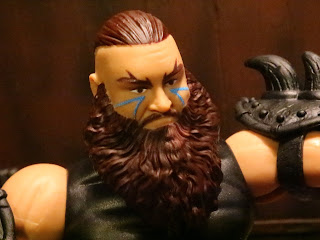 * This is an excellent Braun Strowman headsculpt. It's actually better than some of the previous Strowman figures from before Mattel started using the face printing technology on the Elite line. Considering his moniker as the Monster Among Men, Braun really does look pretty terrifying. I like the Beast Man inspired face paint, too. It really ties the figure together. 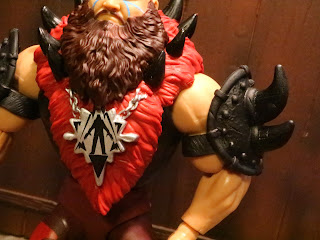 * Like many of the previous MOTWWEU figures, Braun Strowman reuses parts from the MOTUC line, specifically Beast Man's collar and shoulder pads, though here they're called 'Monster Hide Armor." The medallion on the collar has been modified a bit but otherwise these are MOTUC accessories in different colors. They work really well here, though if you wanted to use them on your MOTUC figures for further customizations you certainly could. 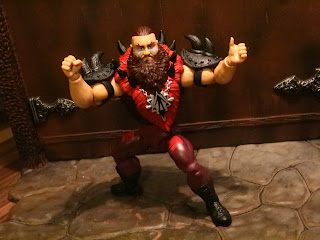 * Braun Strowman has the same articulation scheme as the rest of the figures in this series, which used the articulation designed for the Masters of the Universe Origins line. These are chunky, durable figures with quite a bit of movement. They're awfully fun to play with and they're just flat out good toys. 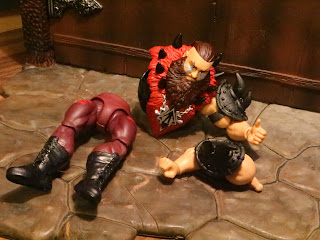 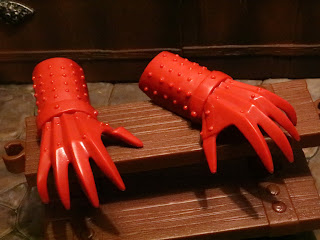 * Braun Strowman includes the massive metal claws that were included with the MOTUC Terror Claws Skeletor and the Grayskull Mania Triple H figure. Here they're molded in a deep red and this might be the best they've ever looked. While I thought these were a bit too "toyish" for Terror Claws Skeletor, they work really well with the smaller scaled and more caricatured MOTWWEU line. 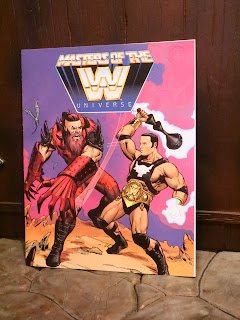 *   Behind each standard MOTWWEU release is a minicomic of sorts. It's only 4 pages (cover, bio, comic, and back page with cross sell art) but it looks cool and does offer some cool information on the role of the characters in WWEternia.The art is really cool in these and they definitely give you some decent information about the characters and a short story about Braun Strowman fighting off the good guys in a match. 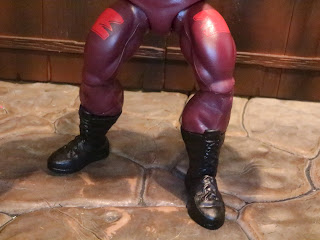 
* The joints on Braun's knees and boots are a bit too wiggly. They're not horrible and I still got him to stand, but they could be a little frustrating for sure. 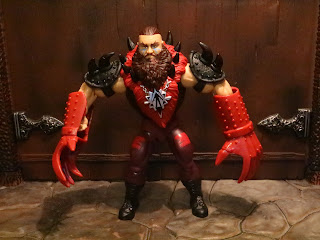 I really like Braun Strowman. He's a great wrestler and he makes for a figure in the Masters of the WWE Universe line. Heck, he honestly looks like he'd be right at home on Eternia as is. When my daughter and I opened these a week or so ago I told my wife that this figure looked like what a 1990s or early 2000s "movie" version of Beast Man might have looked like. Can't you see it? This is a Great and a 1/2 figure with some fun accessories and great pieces for customizing your MOTUC figures, too.