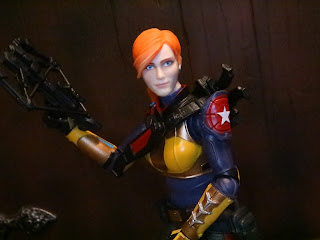 In spite of 2020 being rather terrible in most areas, it has actually been a pretty decent year for action figures. One of the best new lines of 2020 so far is Hasbro's G.I. Joe Classified Series. I'm very slowly making my way through reviewing this series (well, what I've found so far) and today I'm checking out Scarlett. Despite Scarlett being one of the core members of the G.I. Joe team (she was one of the Original 13) I never actually had her as a kid. I didn't really get into G.I. Joe until the 1986 series (though I certainly picked up some older figures like 1985's Barbecue) so Scarlett's release was before my time and by the time she made a reappearance in Ninja Force, I was pretty sparing with my G.I. Joe pickups. I believe the first Scarlett I owned was 2002's Agent Scarlett from the G.I. Joe vs Cobra line. This version seems to take a little inspiration from that figure. Honestly, look at a list of every Scarlett released; doesn't she most resemble the 2002 version? Let's take a look at Scarlett after the break and see if she's as lethal as every other version that's come before... 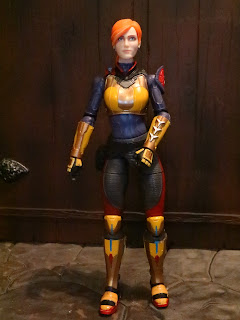 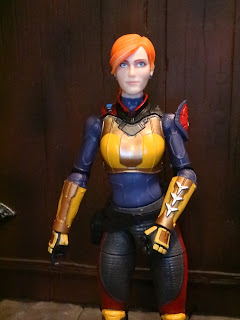 * Scarlett's always had a slightly atypical design for a member of a military force (which is true of quite a large portion of the G.I. Joe team) but here it's quite clear what she's wearing. Scarlett has on some sort of textured, athletic styled pants (they're not yoga pants!), a dark blue padded shirt, and an armored top with matching armored boots and forearm guards. The detail work on all of the different textures is excellent and I really like the color scheme. It's definitely not a straight up redo of her 182 outfit, for sure. Personally, I really like it. It feels just a bit futuristic, but with color and personality, something missing from Rise of Cobra's attempt at futuristic G.I. Joe outfits. 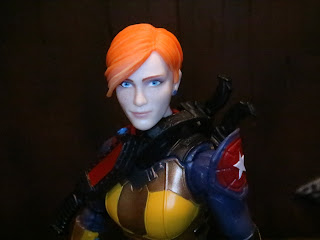 * I really like Scarlett's headsculpt. She's gorgeous! Hasbro is doing an amazing job reimagining what characters look like in this line and Scarlett is one of my favorites. They seem to be using the face printing technology here, too, so her eyes are perfect. And her freckles? I can't recall an action figure offhand with freckles that looked this natural. 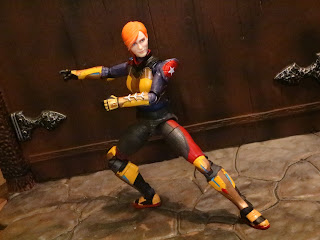 * While Scarlett has most of the same points of articulation as the other figures in the line she seems to be built a bit differently. Instead of a hinged torso her mid-torso joint is another balljoint, which works better for her and just looks better overall, too. She's quite well articulated and you should have no problem showing off her martial arts mastery on any unfortunate bad guys in your collection. 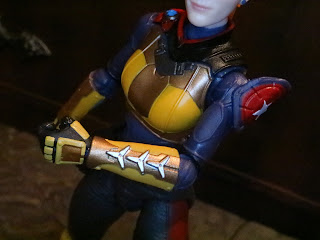 * One of the cool details about the original Scarlett figure from 1982 is that she's carrying all sorts of weapons on her person (a pistol tucked away under her wrist, a slingshot in her back pocket). This version of Scarlett doesn't have all of those details but they did keep the shuriken on her left forearm. They look pretty deadly. She also has the blue communications device on her shoulder that most of the other Joes seem to have, too. 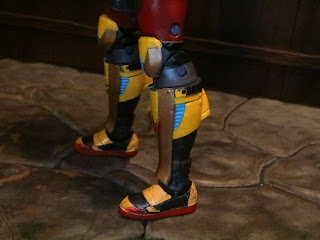 * Some people hate the boots on these figures, but I really like them. Scarlett's are quite colorful with great texturing and some cool... thrusters, maybe, on the back. They're not rocket boots or anything crazy but they do seem to have some sort of secret surprise that would seem to give her just an extra bit of edge. I like stuff like this as it's fun to imagine what it might be used for. Experimental sound dampeners to mask footsteps? A minor bit of thrust when jumping? A propulsion unit for moving quickly through water? 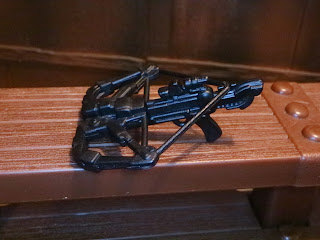 * A crossbow has long been Scarlett's primary weapon and that's still the case here. This is a nicely detailed piece with lots of little elements like pulleys and sights and such.  I really wish she had come with a more standard firearm, too, like a pistol or a rifle, but this is her go-to instrument of death dealing, so it makes sense. 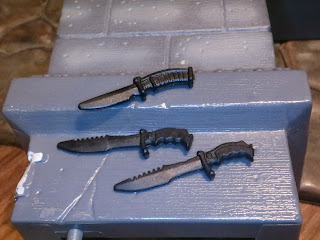 * Scarlett comes with three knives. Yes, three. There are two different sculpts here and they both look pretty wicked. What the heck is she going to do with three knives? You don't want to know. Scarlett is as deadly as they come, so look out Cobra! 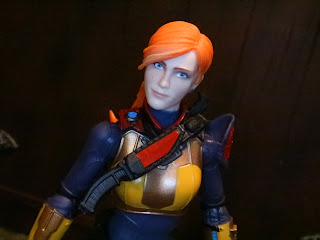 * Scarlett has a removable quicker that loops across her chest. I love the sheathe on the front strap as it holds one of her knives so it is easily within her grasp. 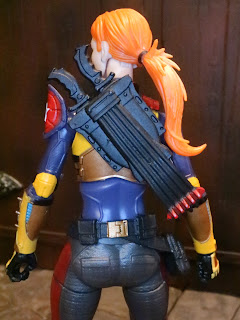 * The other two knives fit inside the top of her quiver. Th quiver itself is loaded with bolts for the crossbow (not removable) though the fletchlings are painted red to help them stand out. She also has a standard belt with a few pouches on her hips. It's not removable but it is a separate piece that sits nicely around her waist. 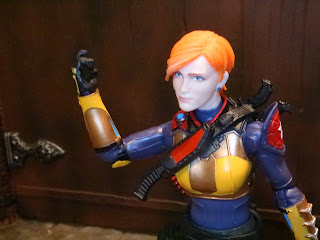 * Overall Scarlett's articulation is impressive but her elbows have a limited range of motion. Just about 90 degrees, which is far less than most current Star Wars: The Black Series figures have. Hasbro has been doing a great job of getting a crazy degree of articulation out of swivel/ hinge joints, so I'm not sure why they botched Scarlett's. 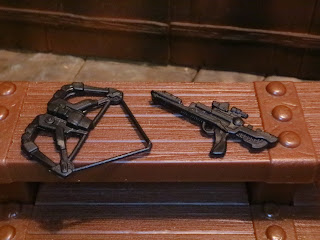 * Scarlett's crossbow can split into two pieces, though there doesn't seem to be any benefit to doing so. Honestly, it just seems to make it a bit "fragile" and it ca fall apart while you're posing her or putting it into her hands. My guess it that it was a molding issue. 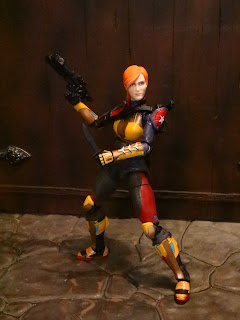 I'm really loving the G.I. Joe Classified Series and Scarlett is another hit. While she's not perfect, she's a pretty darn good figure and a Great and a 1/2 addition to the team. I love her design, especially her portrait, and she's really fun to pose in a variety of action scenarios. The multiple knives are a real selling point as well. Scarlett has always been a core member of the G.I. Joe team and it's great to see her represented here as well. She comes packed one per case in the first series, the same as Duke, Roadblock, and Destro, with Snake Eyes coming packed two per case.

Are you collecting the G.I. Joe Classified Series? What figure roped you into the line? Let us know in the comments below!


This is the first figure of Scarlett I've reviewed on the site. For more G.I. Joe Classified Series reviews check out the following:
Duke