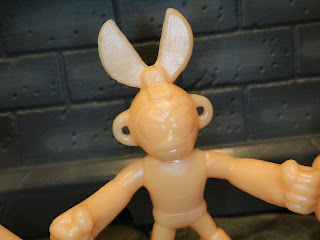 I've already voiced my disappointment with Super7's new Mega Man series of M.U.S.C.L.E. figures so let me go ahead and get right into showing off these minifigures for the sake of having a complete archive on the site. It's disappointing when a company seemingly continues to get better and better (last years Alien M.U.S.C.L.E.s were an improvement over most of the Masters of the Universe stuff while the Street Fighter 2 minifigures blew everything before it out of the water) and then inexplicably takes quite a few steps back, but that's exactly what Super7 has done with the Mega Man series. These just aren't good minifigures due to the overly soft sculpts, oddly colored plastic (far too shiny and strangely bendy but not rubbery), and weird sticky, oily feel. These are a mess and this review is to serve as a cautionary tale: Read on to learn more about Pack C after the break... 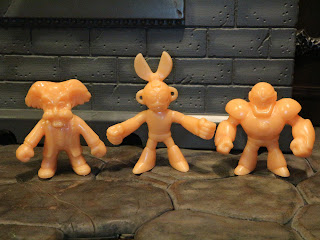 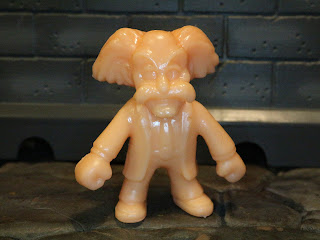 * Doctor Wily could have been an incredible minifigure, but the soft detail and overly shiny plastic really hurt hi appearance. That's a shame, too, because it's clear that there is some good work here. Take a look at Super7's store images of these guys: These should have been incredible! Even though Mega Man is far from my favorite license, these could have been some incredible M.U.S.C.L.E; minifigures. Instead, they look like gumball machine rejects. 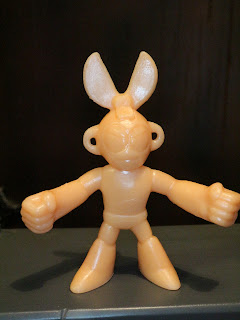 * Cut Man is another robotic foe of Mega Man who has a great silhouette. Based just on the silhouette I can definitely appreciate him. Unfortunately, when you get pact the silhouette you're left with some very soft sculpting. How did Super7 go from such clean, crisp detail on their previous releases to this? Sad! I want to love Cut Man with all of my minifigure loving heart (he's a rabbit looking guy with scissors for ears) but I just can't. 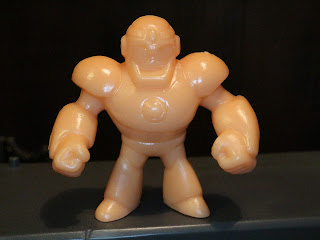 * Guts Man is kind of a construction worker robot and you can see some elements of his character through his beefy build, armored head, and no-nonsense attitude. Still, it'd have been much desired to have been able to see the details on the figure. 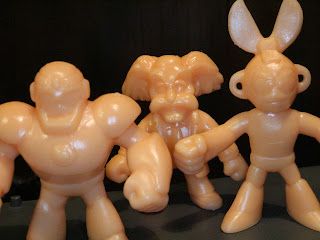 I'll admit that I like this pack of figures just a bit better than the previous ones because the unique silhouettes still look kind of cool despite the lack of fine detail on the figures themselves. I'm really hoping that Super7 does rerelease this series with better plastic quality and detail. I wonder if they're using different factories for each line? If so, that could be problematic for future lines like Masters of the Universe Classics if it means the quality is unpredictable. This is an Eh set, saved only by the cool silhouettes these guys cast.