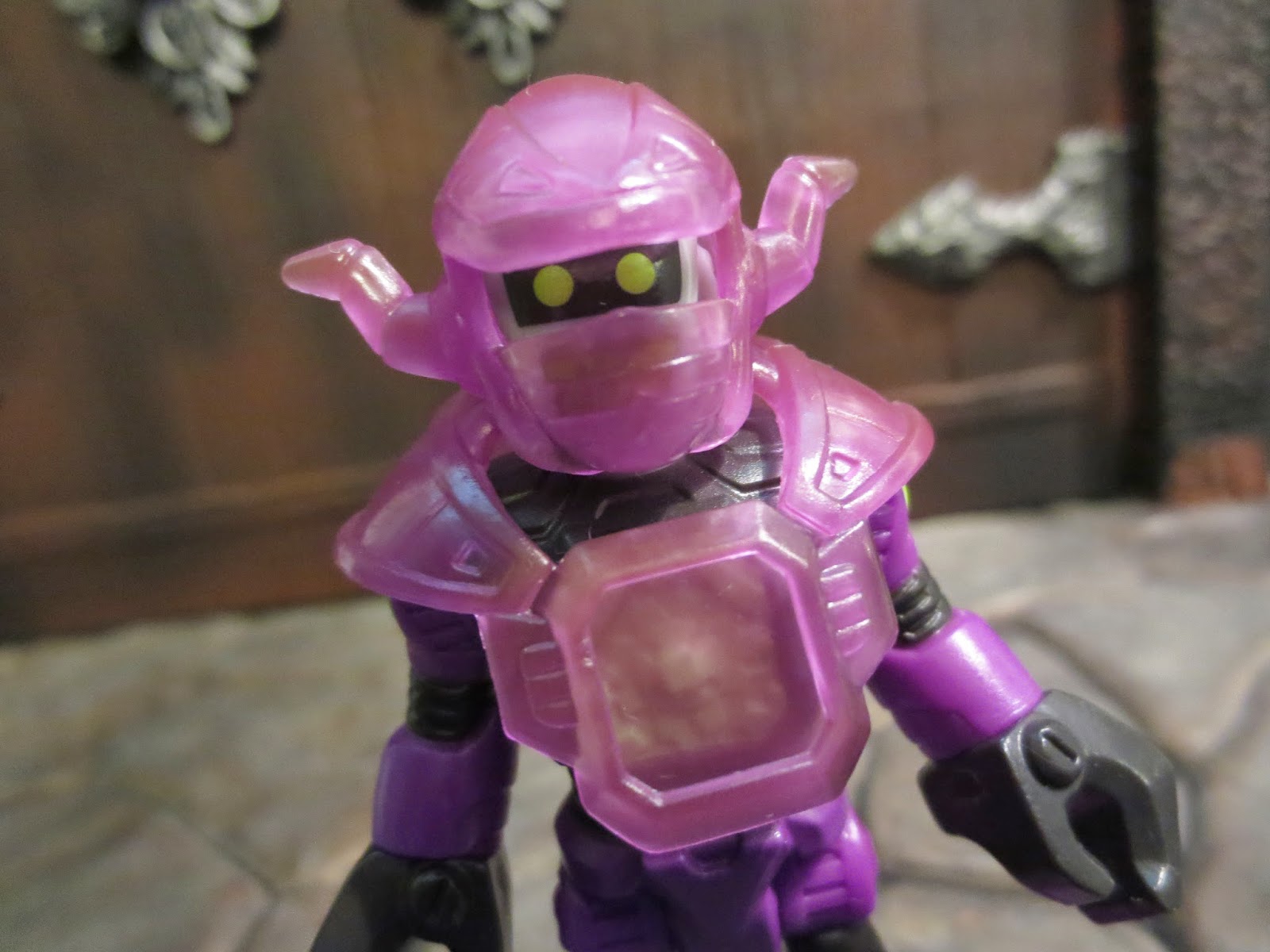 Well, here's the last figure from the fourth series of Imaginext Collectible Figures: The Evil Robot? What makes this robot evil? My guess is his programming and a black and purple color scheme. Imaginext has had a space theme going for for a couple of years so the Evil Robot makes a nice addition for fans of that sub-set. Otherwise, this is just a cool Evil Robot on a space surfboard that some folks see as bearing a resemblance to Galactus (I'm not). Ready for a look at the Evil Robot? Then join me after the break... 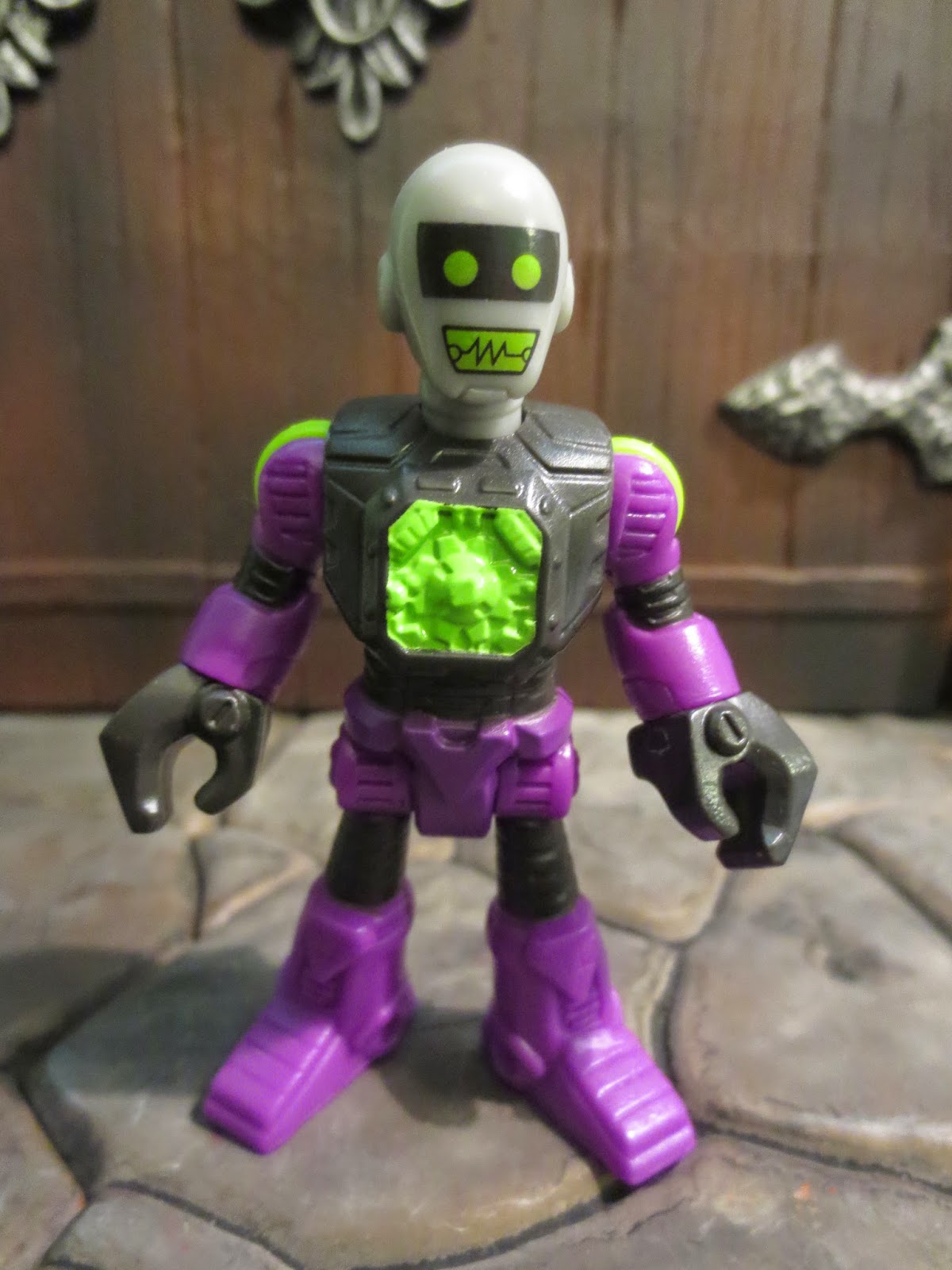 Accessories: Space board and armored helmet. 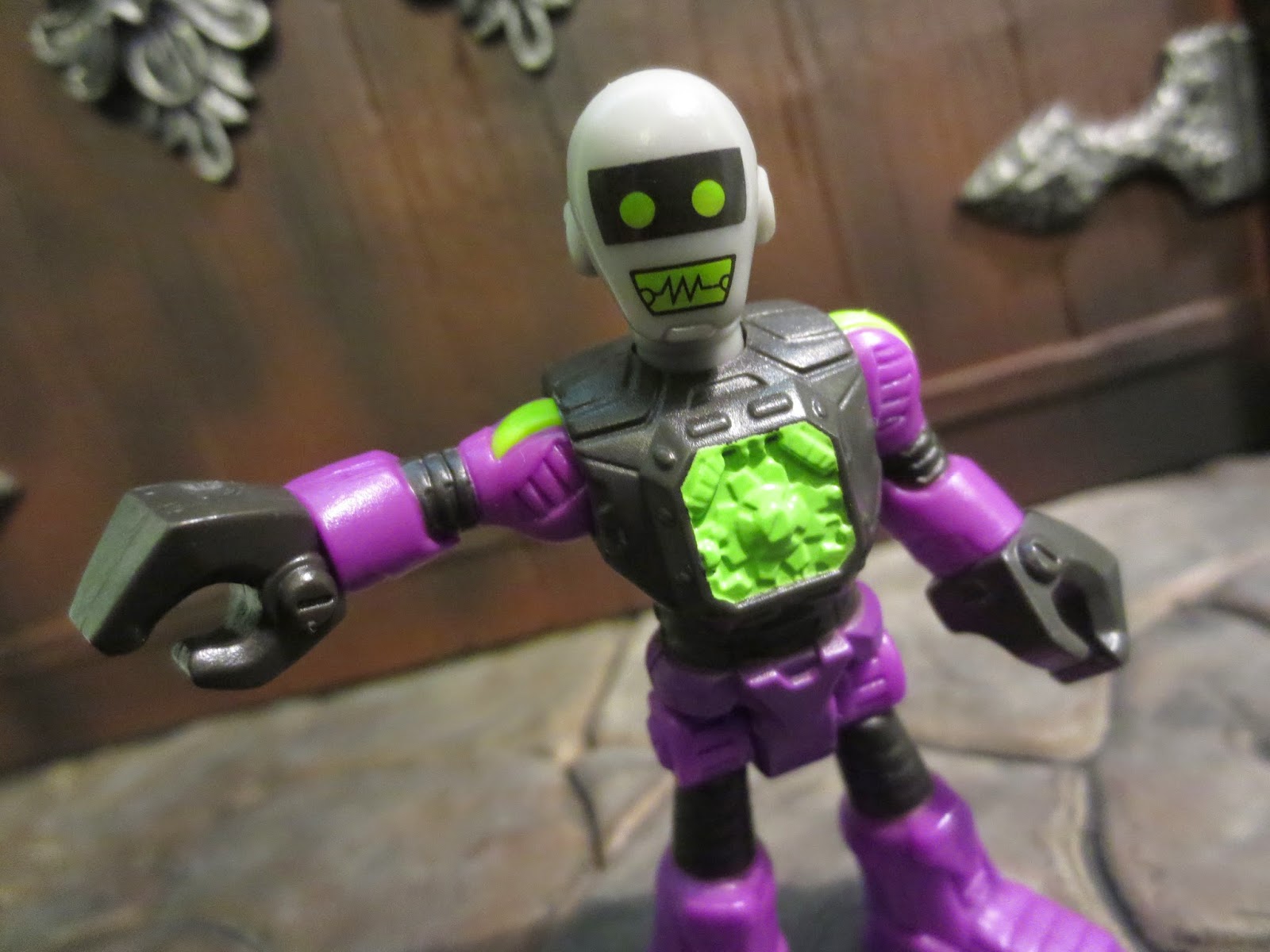 *First and foremost: I love this color scheme! Purple and green are two of my favorite colors and they look amazing together on this guy! Seriously, I love how cool this figure looks.


*The Evil Robot is a great design. Other than the color scheme he isn't a figure I truly appreciated until I really began to look him over. From the vise like hands to the oddly designed cluster of wires and such on his chest there is quite a bit going on with the sculpt. 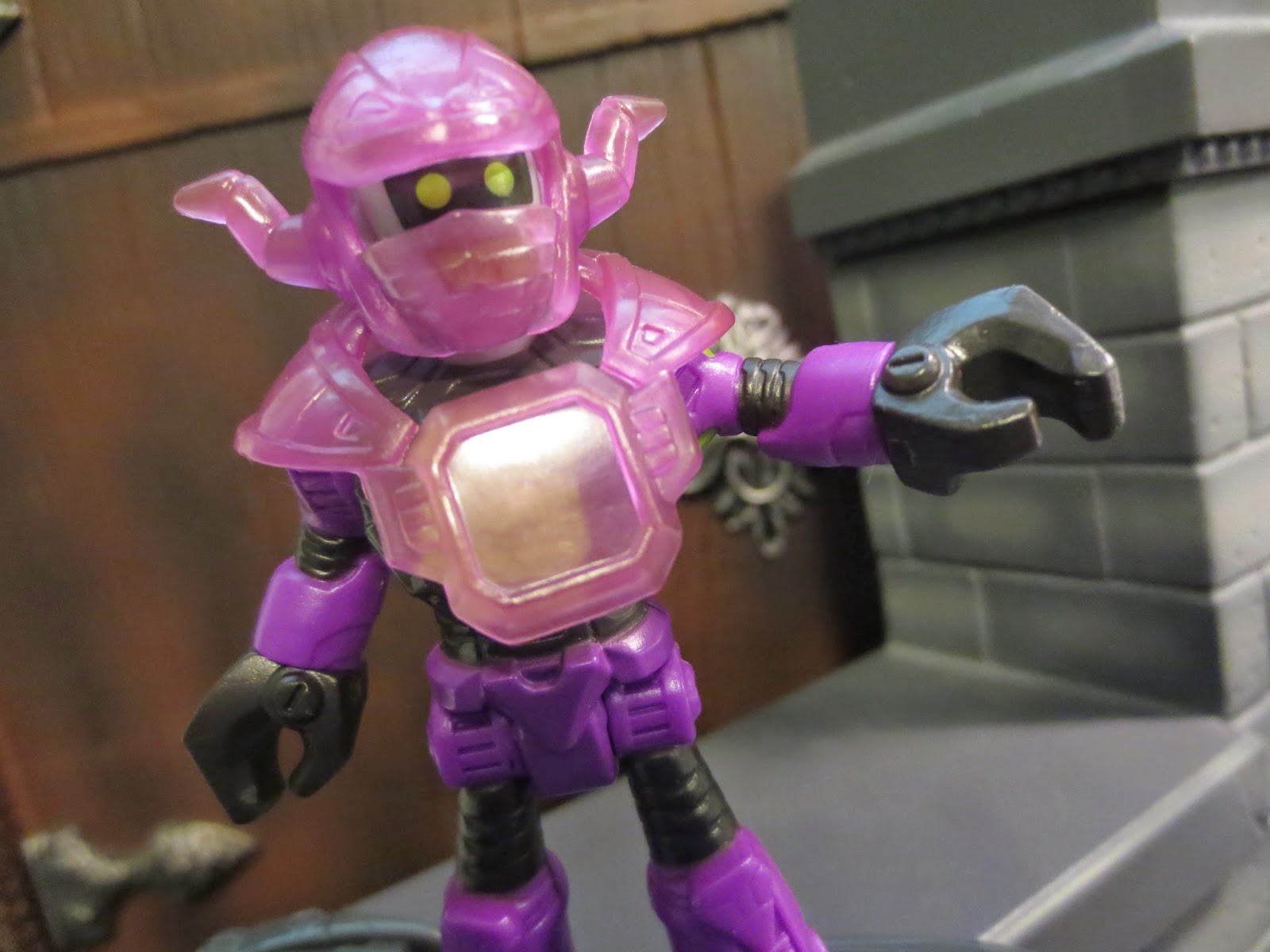 *As a kid I always liked figures that came with helmets or something that went over their head to change their appearance. I still like that kind of stuff and Imaginext nearly always delivers. I like that his armored helmet is cast in a translucent purple plastic as it looks like some sort of energy shield. It also makes the green cluster of stuff on the Evil Robot's chest look really cool; almost like a holographic view screen or something. I don't know about you, but that little square bit totally gives me a Battle Beasts vibe! 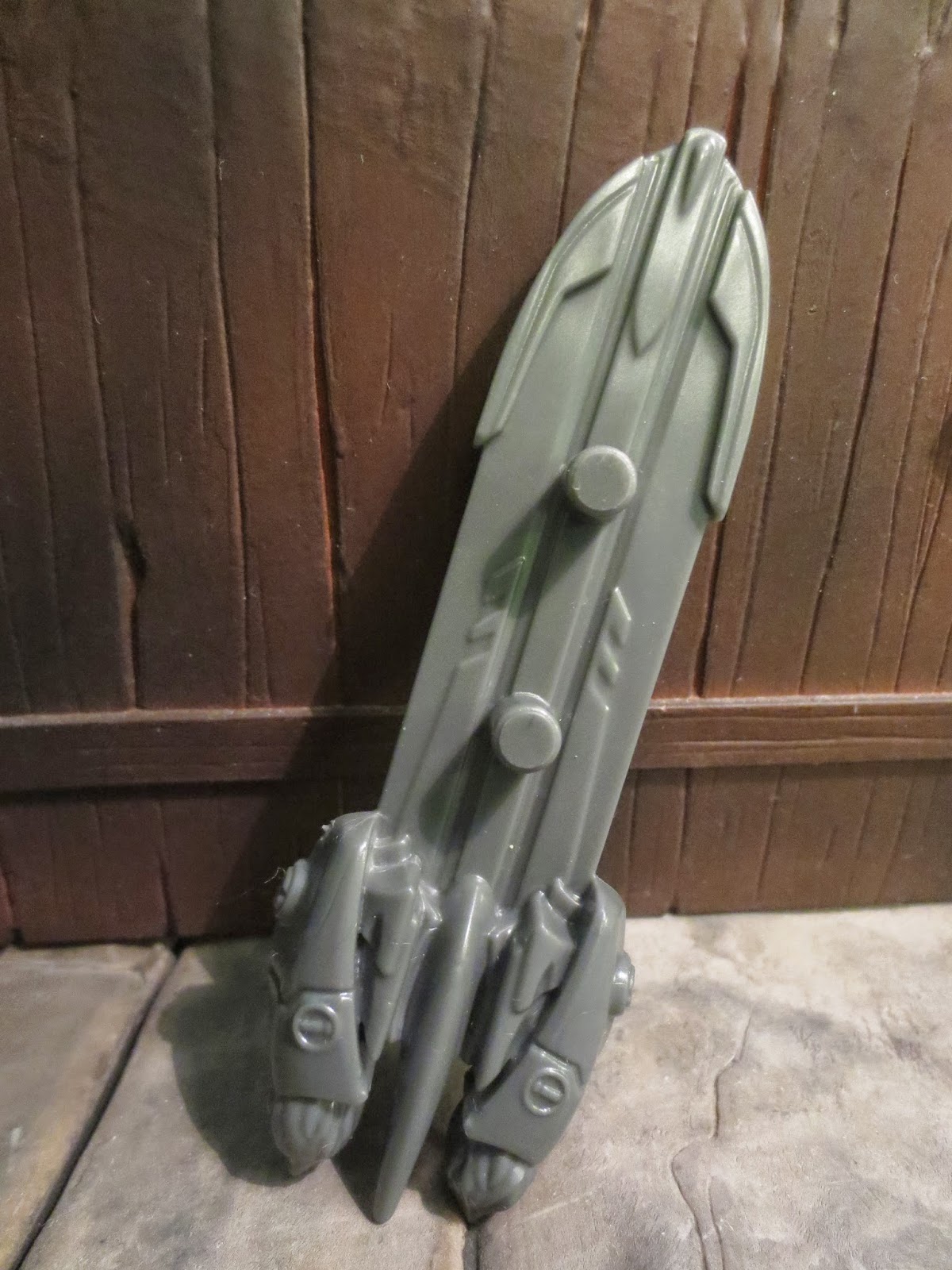 *If you thought the Snowboarder's snowboard was the coolest accessory in this series then think again! The Evil Robot has a rocket powered spaceboard. I wish the little boosters coming out of the pack were painted orange (they look like flames) but overall this is a cool piece. 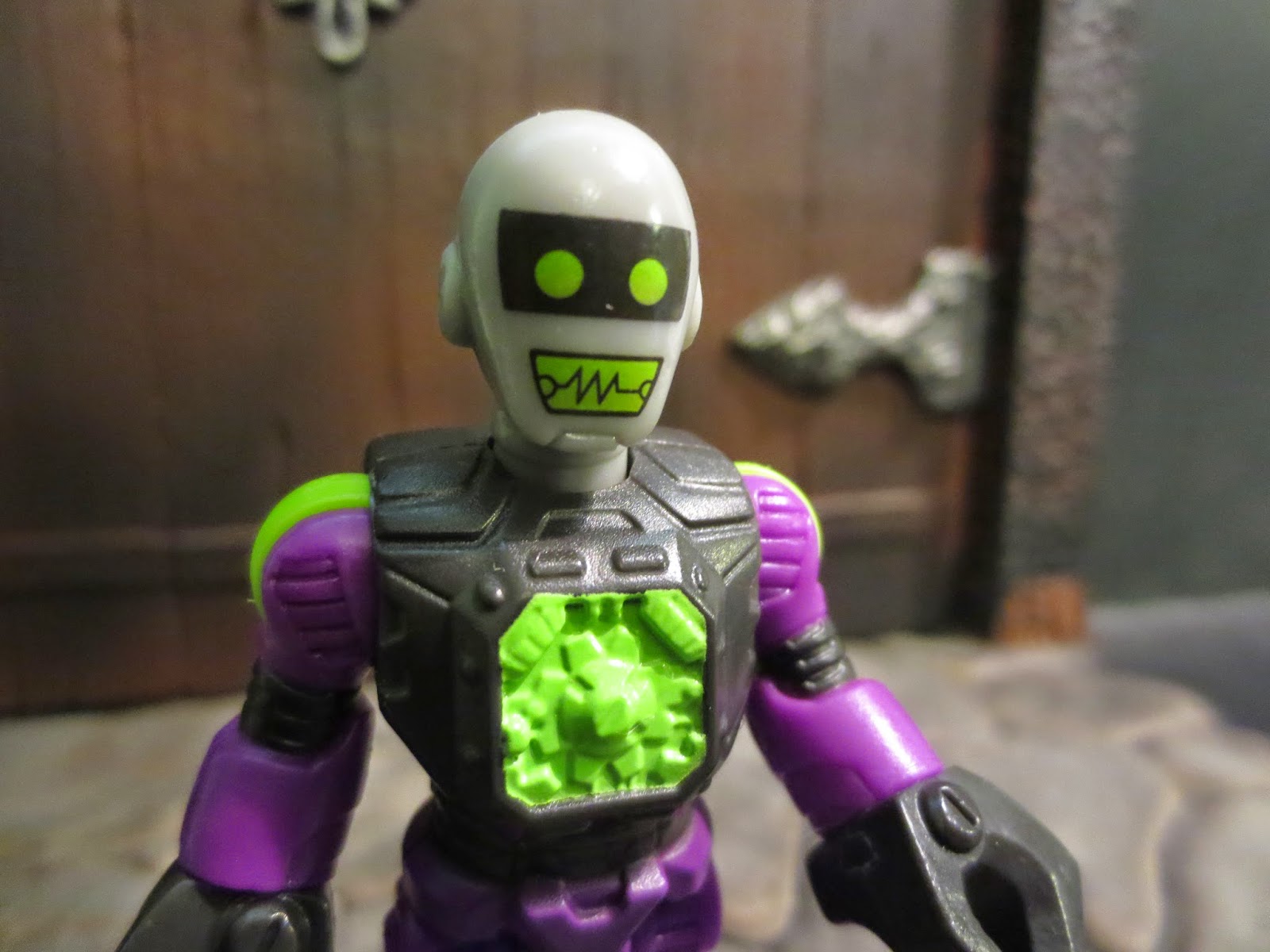 *Is this really the face of an Evil Robot to you? He looks a bit too friendly. Then again, so does Bender Bending Rodriguez. 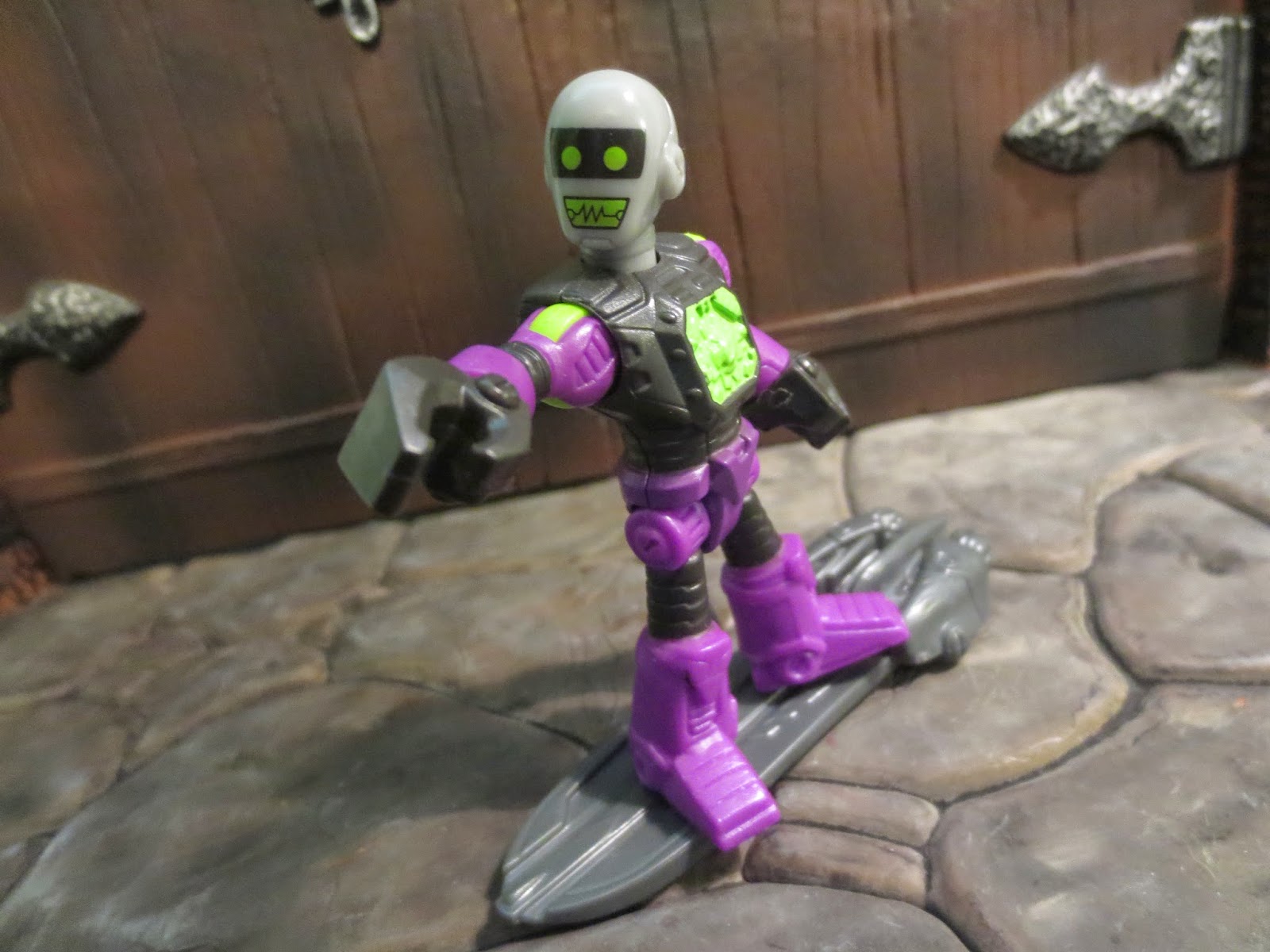 *Unlike the Snowboarder, the Evil Robot has a tough time getting in a "boarding" position while wearing his armor piece. If you want him to ride his spaceboard with his arm outstretched and his head looking sideways, you're going to have to take off his armor. That's a bit weak, especially when the Snowboarder can do the exact same thing with bulkier armor! 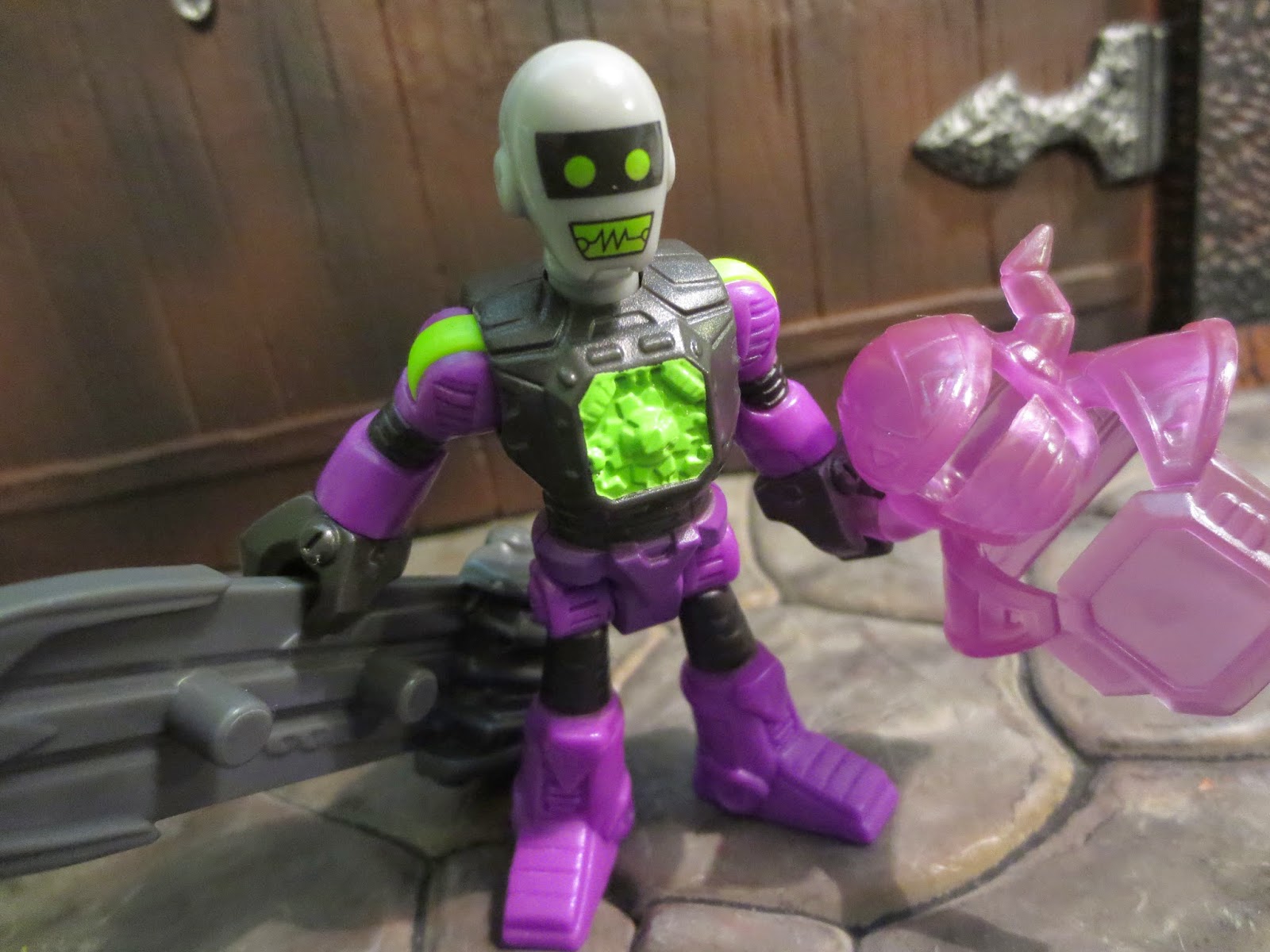 I really like this guy. The Evil Robot is fun, a bit silly, and has an awesome color scheme. Overall, I have no hesitation in delivering a Great rating. So how would I rank these figures overall? From most awesome to least awesome:

It seems like this series must be selling, so let's hope that series five gets announced at some point and brings us a werewolf to complete the monsters. I've reviewed them all, along with a few other Imaginext figures in this series: The Witch, the Mad Scientist, the Snowboarder, the Basketball Player, the Space Gorilla, theClown, and the Boxer. I've reviewed a few other Imaginext figures, including: