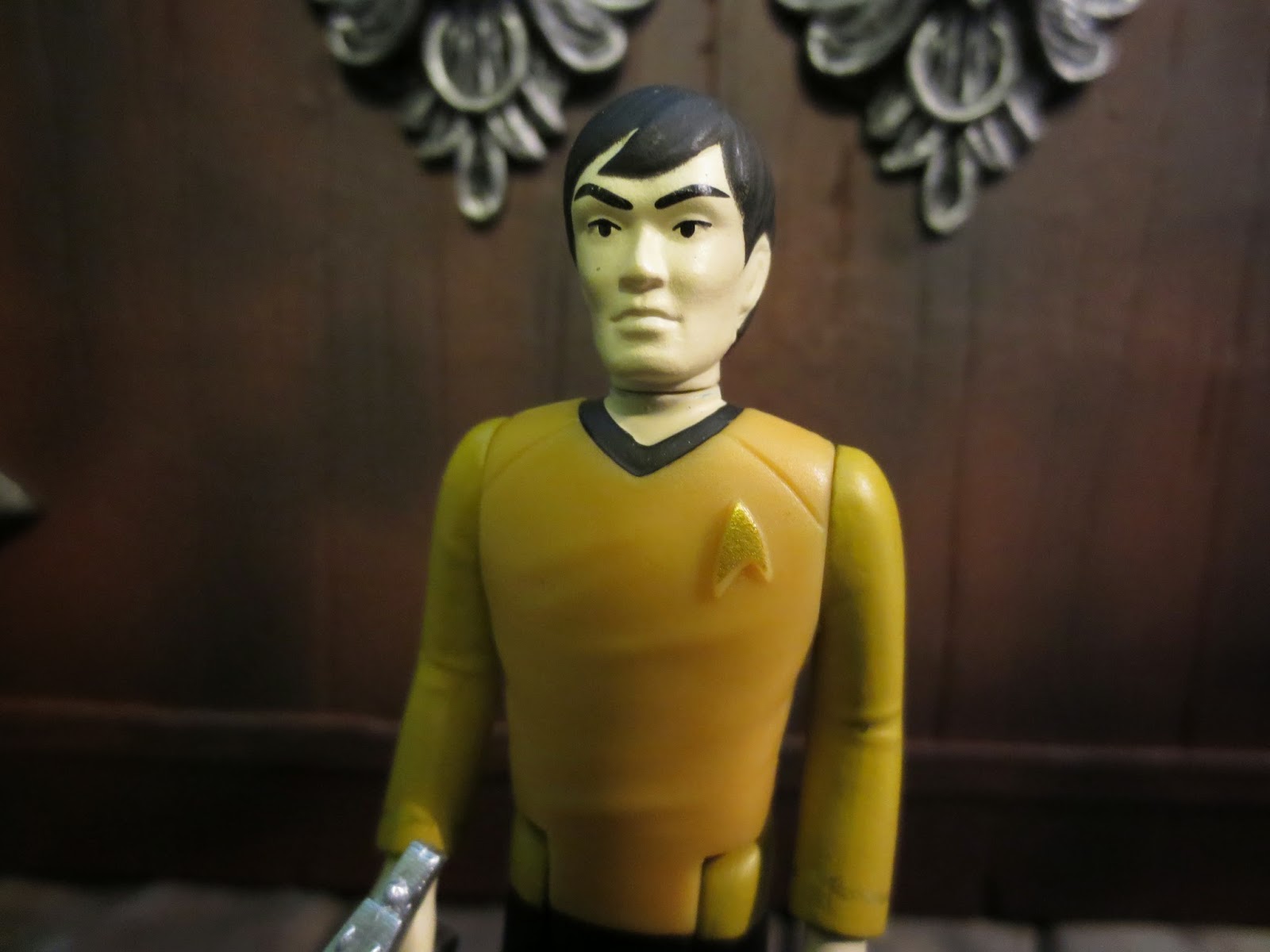 When it comes to Star Trek, I'm an original series fan. If it doesn't have Kirk, Spock, McCoy, Uhura, Chekov, Scotty, and Sulu, I really just don't care that much about it. I've seen (and enjoyed) some Next Gen and such but really, if it isn't the original series, the movies with those characters, or the new Trek films, I just don't care that much. That being said, I'm not quite a Trekkie.  I mean, I own the complete original series and most of the movies, but I'm not as into Trek as I am into many other things. Honestly, I'm probably a bigger fan of the actors themselves than I am of the show. Still, when I saw that Funko was releasing ReAction Star Trek figures, I knew I'd end up with a few of them. While the first series of figures consists of Spock, Uhura, McCoy, and Sulu (a strong group), I went with Lt. Hikaru Sulu. First, because Sulu is awesome and the figure comes with a phaser but secondly because George Takei is also awesome and quite hilarious. Oh my, indeed. Ready for a look at Lt. Sulu? Well, say hellooo and join me after the break... 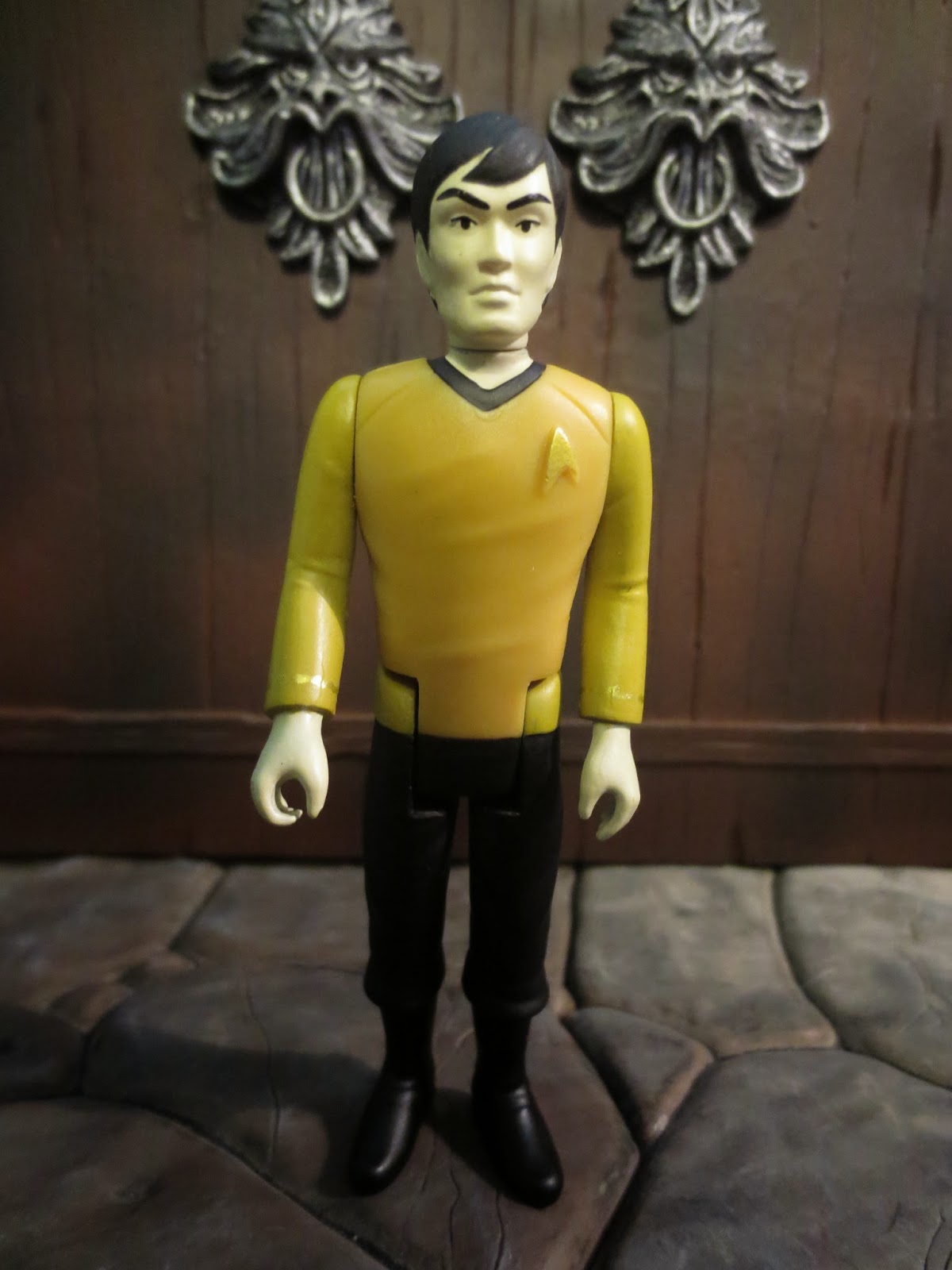 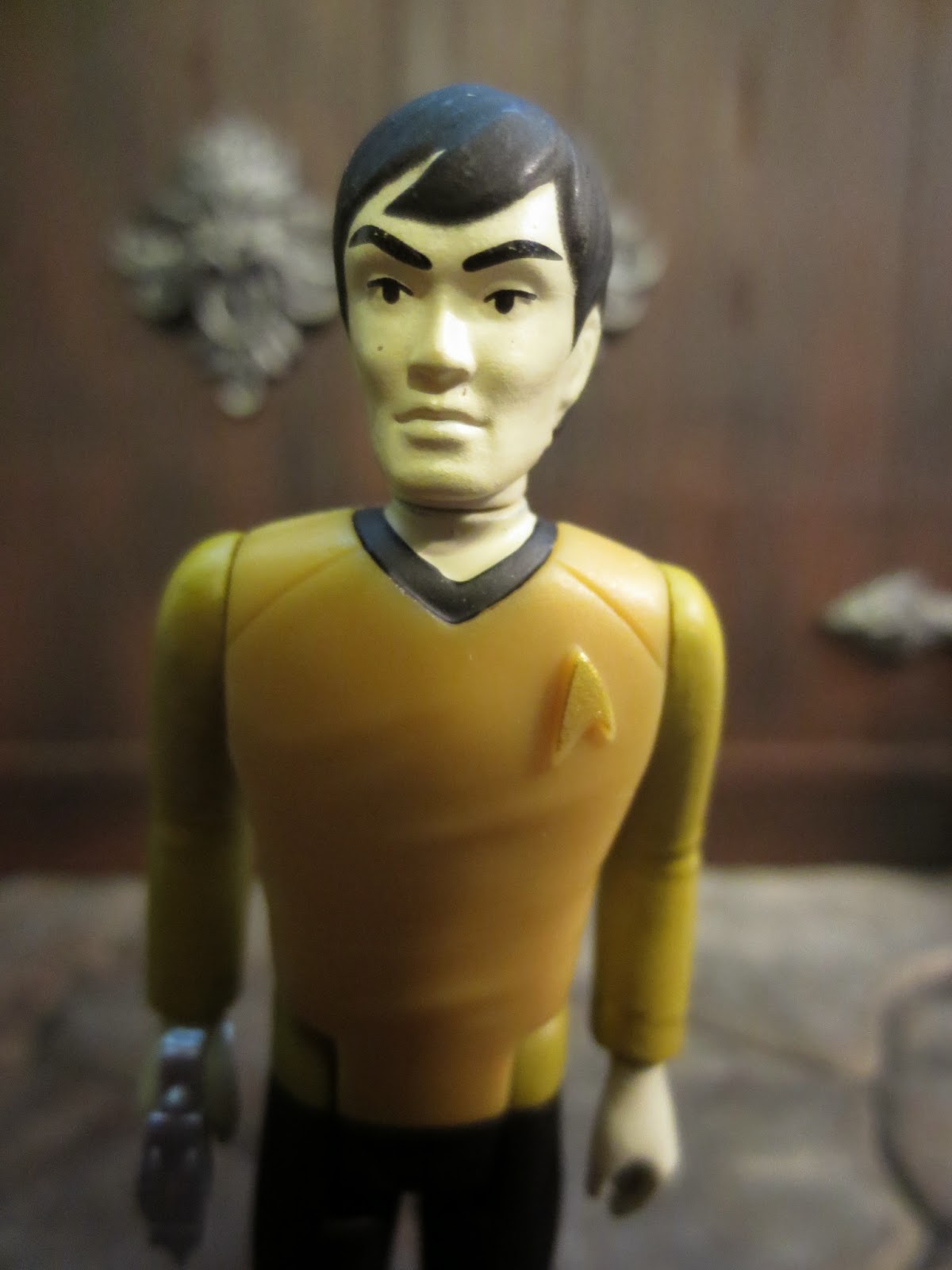 * I really like how Funko captured the look of Sulu. Considering that ReAction figures are supposed to look somewhat dated ( as a product of the late 70s or early 80s) the likeness is pretty respectable. In fact, I think it looks like a mixture of Takei from the original series and Filmation's rendition of Sulu from the 1973 animated series. That works for me! 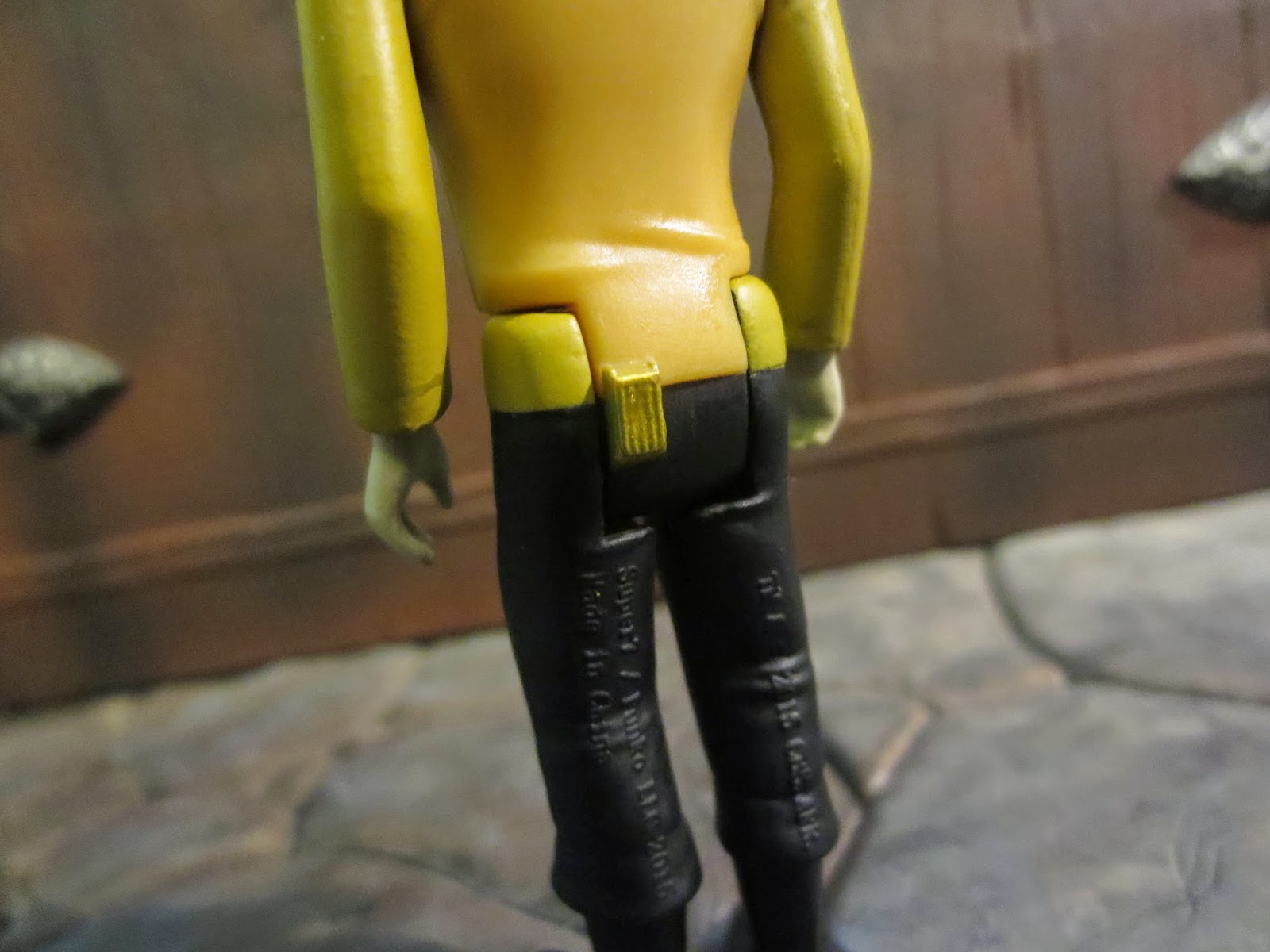 *There are quite a few nice little details on the figure that I didn't expect. Not only are there seams on the shoulders of Sulu's shirt but he also has a communicator sculpted on the back of his waist. The Starfleet insignia is also a sculpted, raised element, not just a paint application. 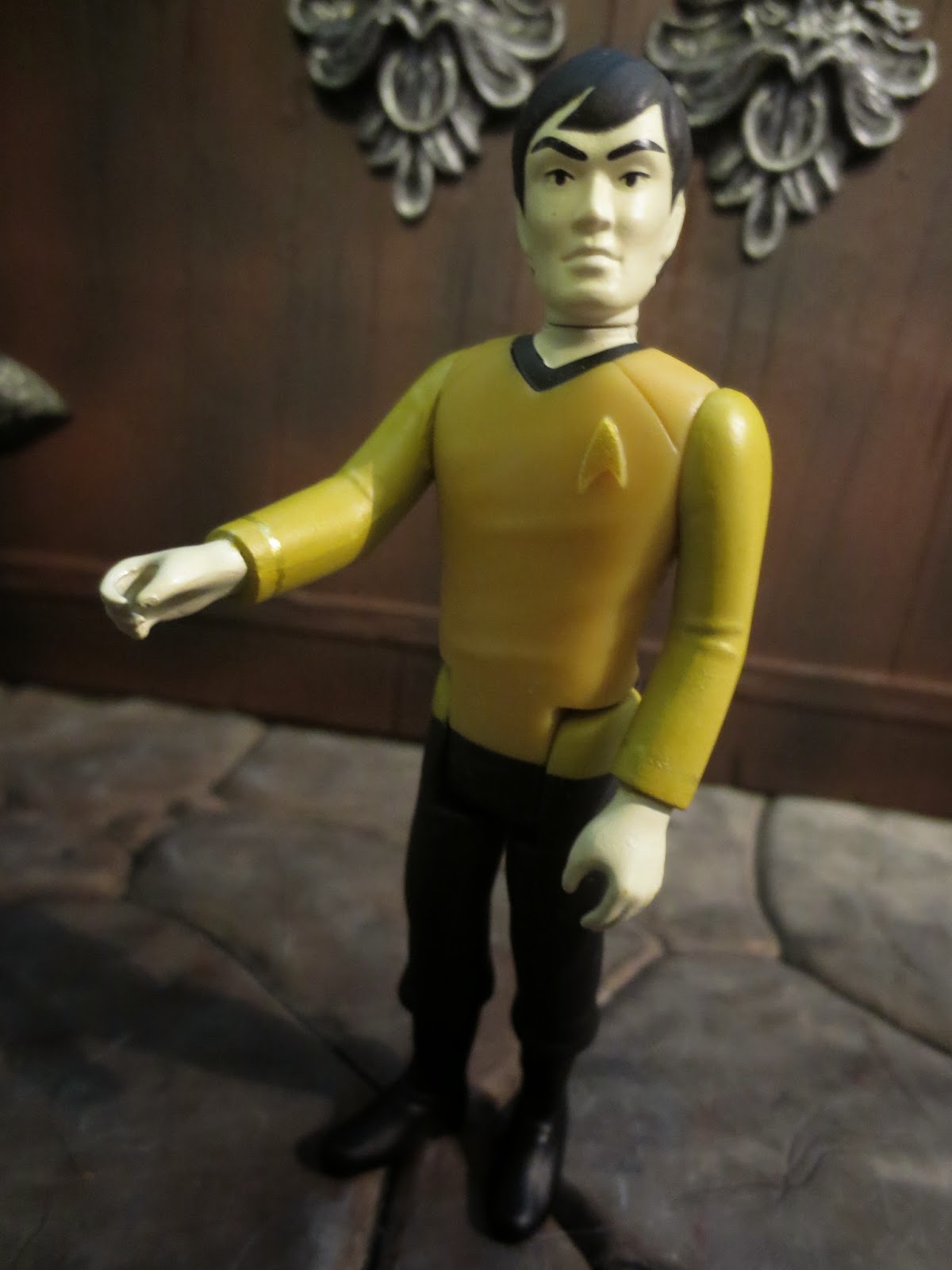 *While I'm not sure that I like the plastic quality of Sulu as much as the plastic quality of the Big Trouble in Little China figures, it's still much better than many of the early ReAction releases. I'd say it's comparable to the Pulp Fiction figures. The joints (all five of them!) feel sturdy and solid with little hint of breakage. 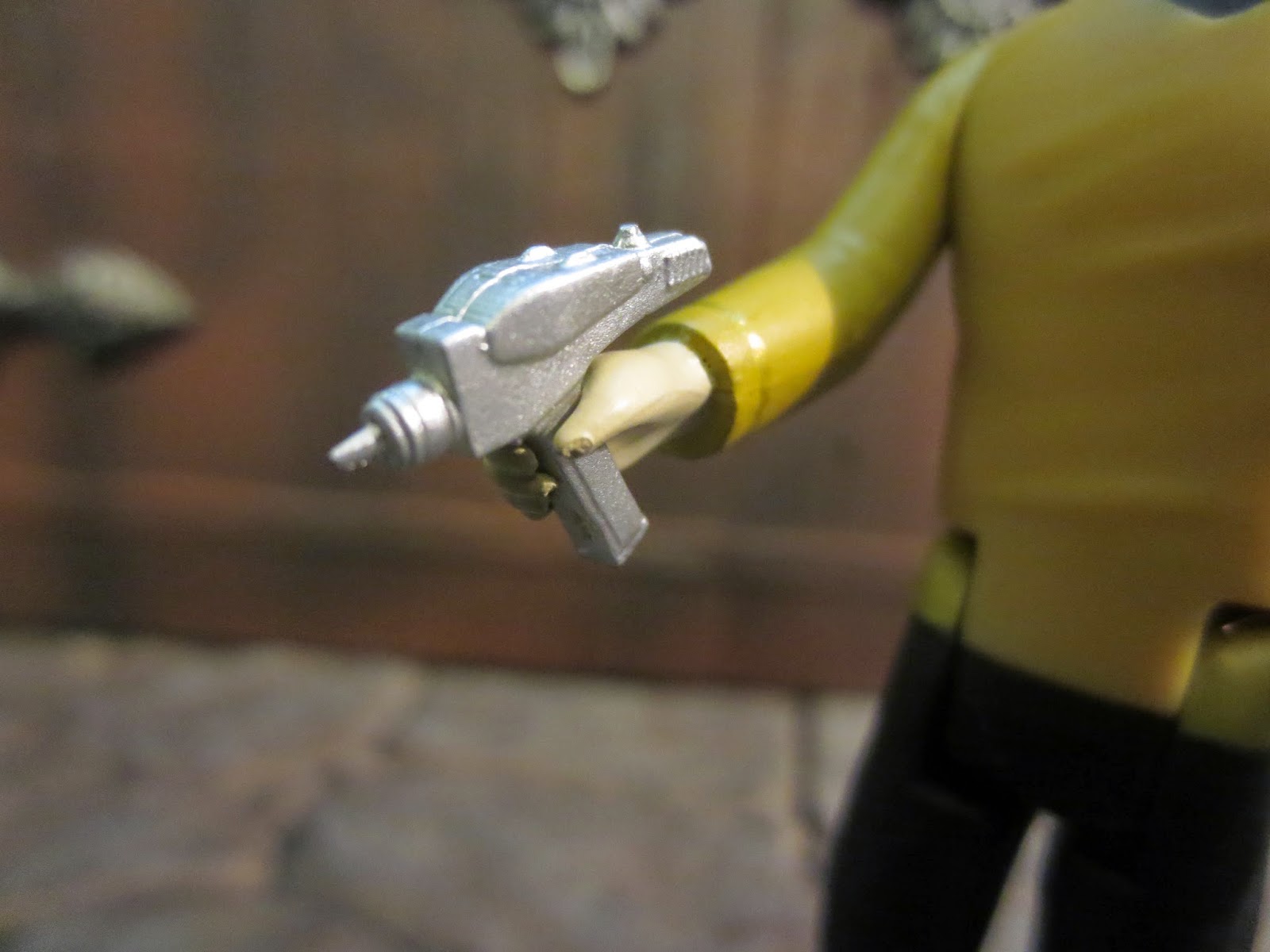 *Sulu's phaser is a really nice accessory. It's probably better than most of the Playmates accessories from their 1990's line and features some detailed sculpting. It fits well in either hand, although a fencing foil would have been a cool extra accessory, too! Maybe we'll get a variant shirtless Sulu (from "The Naked Time") and a shirtless Kirk (from pretty much every other episode) as variants somewhere down the line. 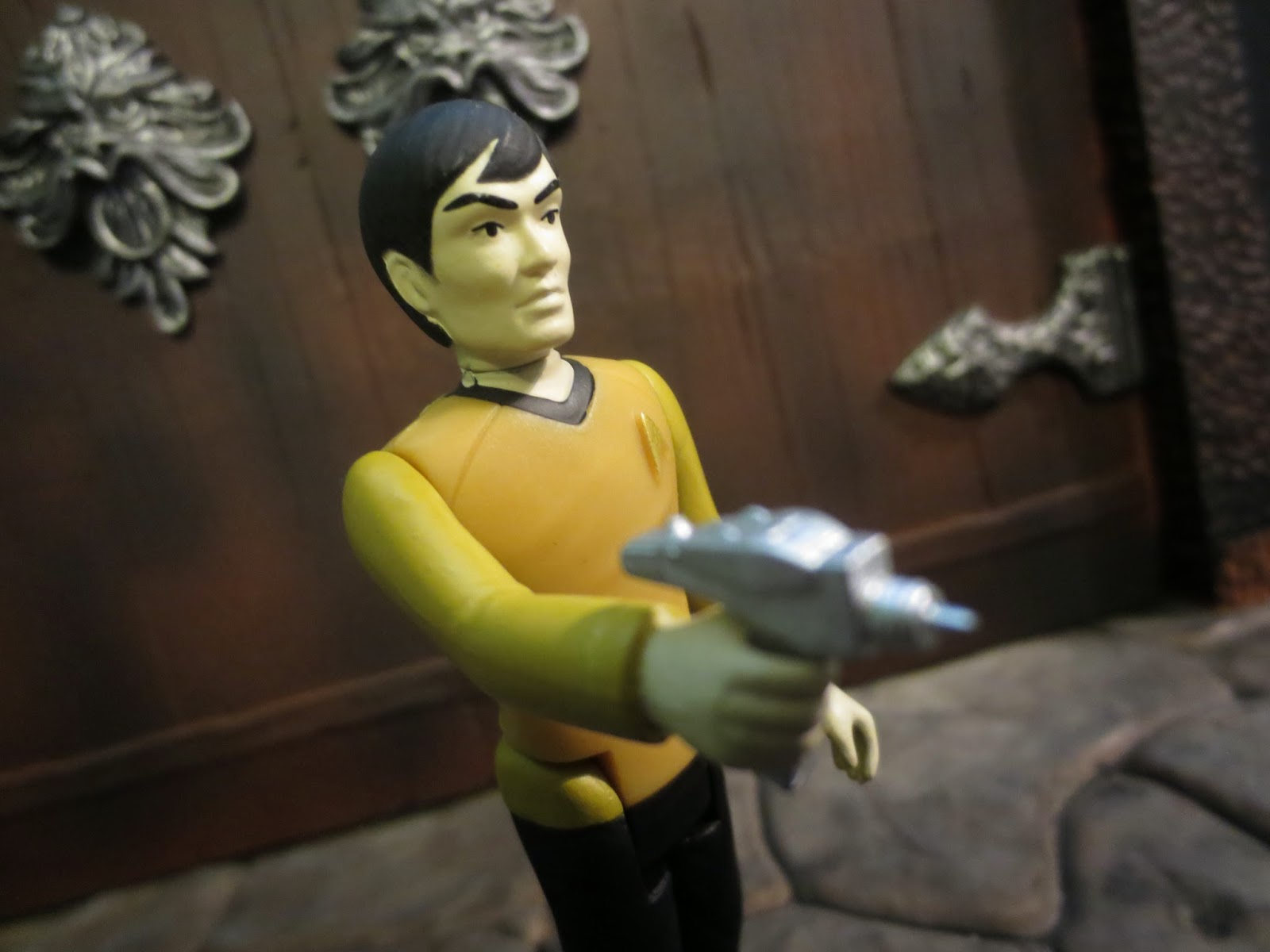 *While most of the major paint work looks good (head and face, unform, etc.) there are some issues with the detail work, particularly with the gold trim. The gold paint on the communicator is a bit sloppy and the gold bands around Sulu's sleeves are a bit uneven. It's not a major problem but it was something that I noticed after a second look over. 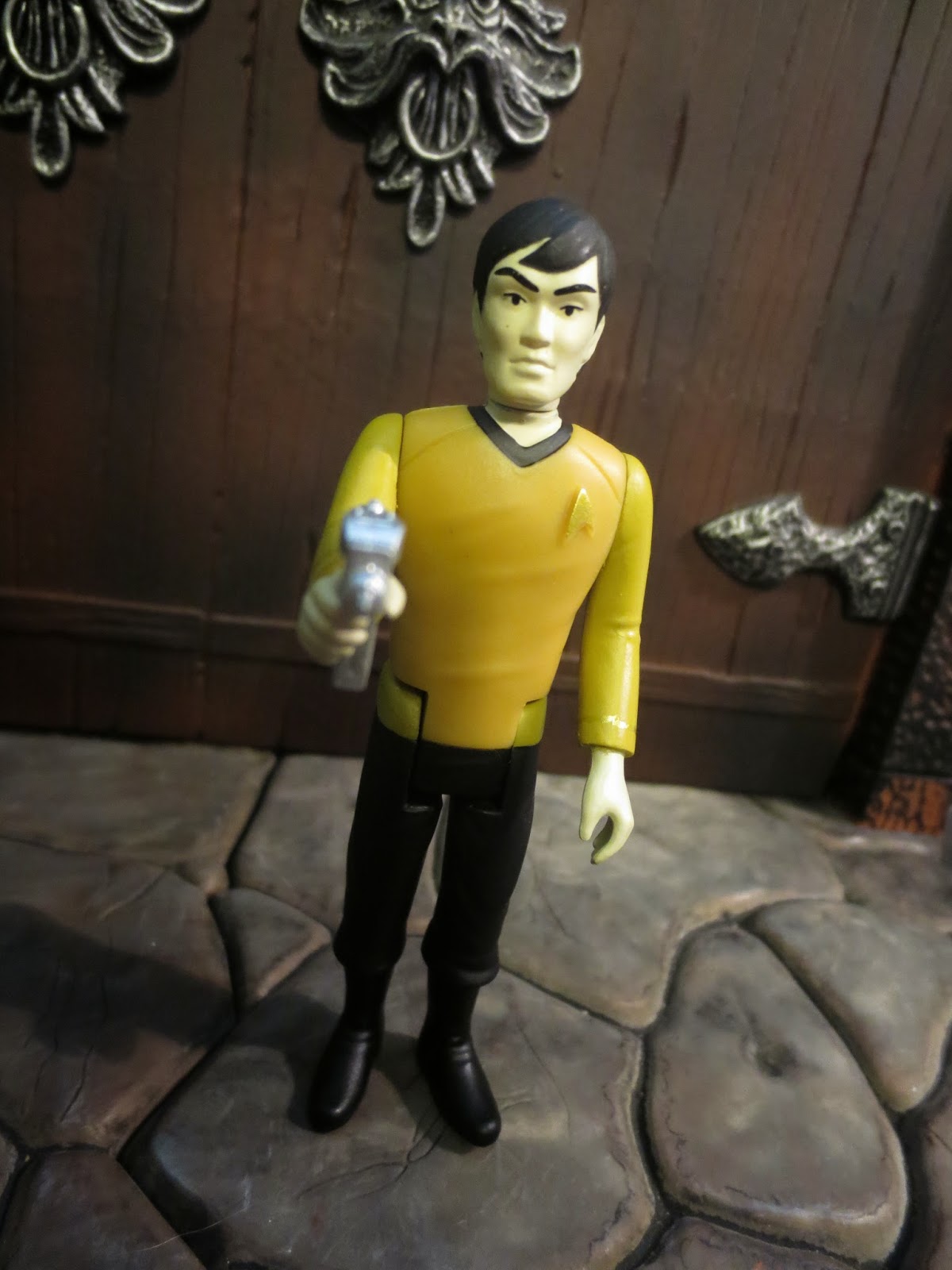 With a great licence, nostalgic sculpts, and some great packaging design, Funko's ReAction Star Trek line seems like it could be a real winner. Despite a few minor paint flaws Sulu is a real winner. He actually is making me consider picking up the rest of the crew as well. I'm really having a blast with the retro styled figures and I'm continuing to work on a dio-story project utilizing all of them. I was a big fan of "Scale Wars" over at the seemingly now defunct Zeds Joe Site and have been considering doing something like that with ReAction, Bif Bang Pow, Warpo, and true vintage figures. Is anyone interested in that? If so, I think Sulu would make a great character there. He's also a Great figure and is well worth it for anyone who is a fan of Star Trek or Mr. Takei himself. Oh my, indeed!

I've reviewed quite a few other ReAction figures, including: