What's up everyone? I hope that wherever you are you're staying safe and warm this week. Lots of icy cold craziness, right? In the Hollywood Foothills of North Carolina we've missed most of the ice storms with just some icy roads yesterday morning. It's been rainy, dreary, and there haven't been too many reasons to go outside this week although it's chilly but beautiful here today. But gosh, look at me prattling on about the weather. You want to hear about the nerdy stuff I've been involved with this week, right? Let's start by talking about WandaVision episodes 5 and 6! 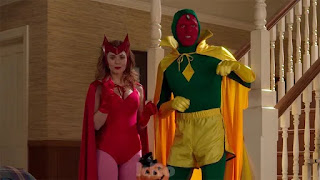 You better believe we'll be watching WandaVision episode 7 tonight as not only are my wife and I nuts about the show but my 7 year old is really into it, too. The show just keeps getting better and better with 1980s and 1990s inspired episodes of the last few weeks. Lots of cool throwbacks to classic looks (yeah, Vision and Quicksilver looked silly but I don't think anyone would complain if Scarlet Witch continued to use that outfit for future MCU endeavors) and the oddness and sinisterness of the situation continues to grow. Evan Peters as a "recast" Pietro Maximoff, hinting at a connection to the Fox X-Men universe? Wanda controlling the dimensions of the Hex as will? What's going to happen to Darcy? Who is Monica Rambeau's guy who is going to get her into the Hex (I have friends convinced it's Reed Richards)? How is Vision still alive, or is he? This evening can't come fast enough! At this point I'd easily list WandaVision as one of the top 5 MCU things ever and I hope they manage to stick the landing over the next two episodes. I don't know what's going to happen in this episode but I'd love Ron Howard to be the narrator for a 2000s themed episode. 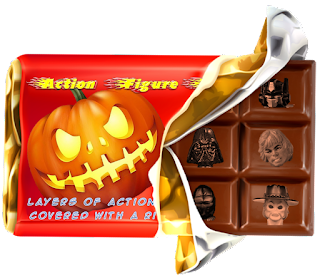 I'm not sure where I'm going to use this yet but I've just got to show off this super cool new logo that Matt from The Toy Box sent me this week. This guy is a genius and quite often surprises me with cool art pieces for the site. I love it! If you like action figure retrospectives, the G.I. Joe Classified Series, and retro records, check out The Toy Box! It's a fantastic site that I refer to frequently. 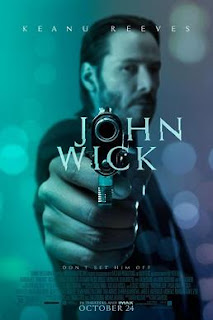 I can't believe I hadn't watched John Wick before this point but this week my wife and I finally watched it. Wow! That was a really fun, really cool movie. It definitely has the feel of a B-movie, which I tend to love, but it definitely had some awesome talent and top level production values. Keanu Reeves is fantastic as well. I always find him to be one of the most likeable actors no matter what role he's in and he owns this one. While it's a revenge driven action movie there's a lot of substance here and a lot of cool world building. After some mafia thugs steal John Wick's car and, most egregiously, kill his puppy, a last gift from his late wife, John Wick goes to war in a world of mafia dealings and contract killers. The movie doesn't go out of its way to overexplain little details like the use of gold coins that the assassins use to pay for services or how they're able to have a hotel just for their shady business dealings but it's all quite intriguing and gets your mind going. This could have been a very generic film but the excellent direction and stunt work elevates it to something special. We've already got the second film lined up for the next time my daughter stays overnight with my parents and I'm looking forward to it. 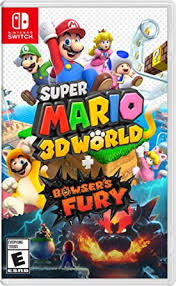 Almost anytime a new Mario title comes out on the Switch I have to pick it up for my daughter and I to play together. Last weekend I snagged Super Mario 3D World + Bowser's Fury, an enhanced version of the 2013 Wii U title that I never played because I never owned a Wii U. If you've not played this, I definitely recommend it. We haven't started Bowser's Fury yet but we're on the final kingdom in the main game and we're having a ball. It's kind of like a mixture of a traditional 2D Mario game (more linear worlds and an emphasis on platforming) but it is a 3d game with the feel of something like Super Mario Odyssey. You do have to be careful who you play with, though, as it's actually harder as a multiplayer game. Both players can toss each other around and bump each other off of platforms, as well as move the screen forward, causing a player to accidentally get killed at times (though usually the game generously floats you up to the lead player). I'm enjoying playing it with my daughter but I look forward to running through it on my own as well at some point. My wife joined us one night for a three player session and it was a disaster. It's tough to navigate the game with two players, much less three. Spectacular level designs, though. I'll probably write more about it once we complete it. 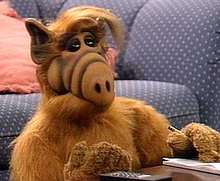 Last night I was just kind of looking through Amazon prime's video offerings and realized that ALF was on there. I loved ALF as a kid (I had a stuffed ALF) and the show ran from 1986- 1990, so when I was between 3-6 years old, so I thought my daughter might enjoy it. I was cracking up while watching the first episode but she really seemed to dislike ALF himself (real name Gordon Shumway from the planet Melmac). I was kind of surprised but sometimes my daughter will complain about something before she likes it. I'm not planning a rewatch of ALF or anything but I'm glad to know it's on Amazon Prime when I'm looking for something ultra goofy.

Let's wrap things up by taking a look at the six most popular articles of the past week!

Kuiil from Star Wars: The Black Series is still one of the newest Black Series figures out there and he seems to be pretty popular. Folks loved this character and it's cool to finally have him on the ever-growing shelf of figures from The Mandalorian. Kuiil turned out great and this is third week on the list.

Missing in Action: Toylines that Didn't Make the Cut in 2020 is one of my annual end of the year lists. This one is always interesting, though sometimes heartbreaking, as I go over the toylines I loved from the previous year that seemed to have disappeared. This year's heartbreaker for me was Hasbro's Overwatch Ultimates. I loved that line!

Rey (Dark Side Vision) from Star Wars: The Black Series is another figure from the most recent series of Star Wars: The Black Series and she seems to be the hardest to find of the new stuff. Hasbro definitely seems to have put the brakes on the product for The Rise of Skywalker so I think we're fortunate this one made it out. Daisy Ridley + a red lightsaber = profit! This is her third week on the list.

Lords of Power from Masters of the Universe Origins was the 2020 PowerCon exclusive set based on the prototypes for the vintage MOTU line when the line was still going to be called Lords of Power. The set is on its sixth week on the list and while it was way, way too expensive, it's also pretty cool for fans who take interest in the development of MOTU. MOTU Origins looks like it's going to have a big year in 2021 and that very well may drive up demand for this set.

Jar Jar Binks from Star Wars: The Black Series is another brand spanking new Black Series figure. He's coming in cases all by himself which doesn't seem like a smart idea, though, but I'm not seeing him piling up anywhere yet. Is anyone else afraid that Hasbro's going to flood the market with Jar Jars yet again? We'll see. This is his third week on the list so maybe the Jar Jar fans are showing up in greater numbers than they have before.

Dorina Onoris from Mythic Legions is a newcomer this week and while she's totally "not She-Ra" she's definitely one of the best She-Ra figures that's been released. I don't pick up many Mythic Legions figures (really only the MOTU inspired ones) but I'm always quite pleased with them.

Well, that's it for this week everyone. Stay warm, stay safe, and keep collecting!