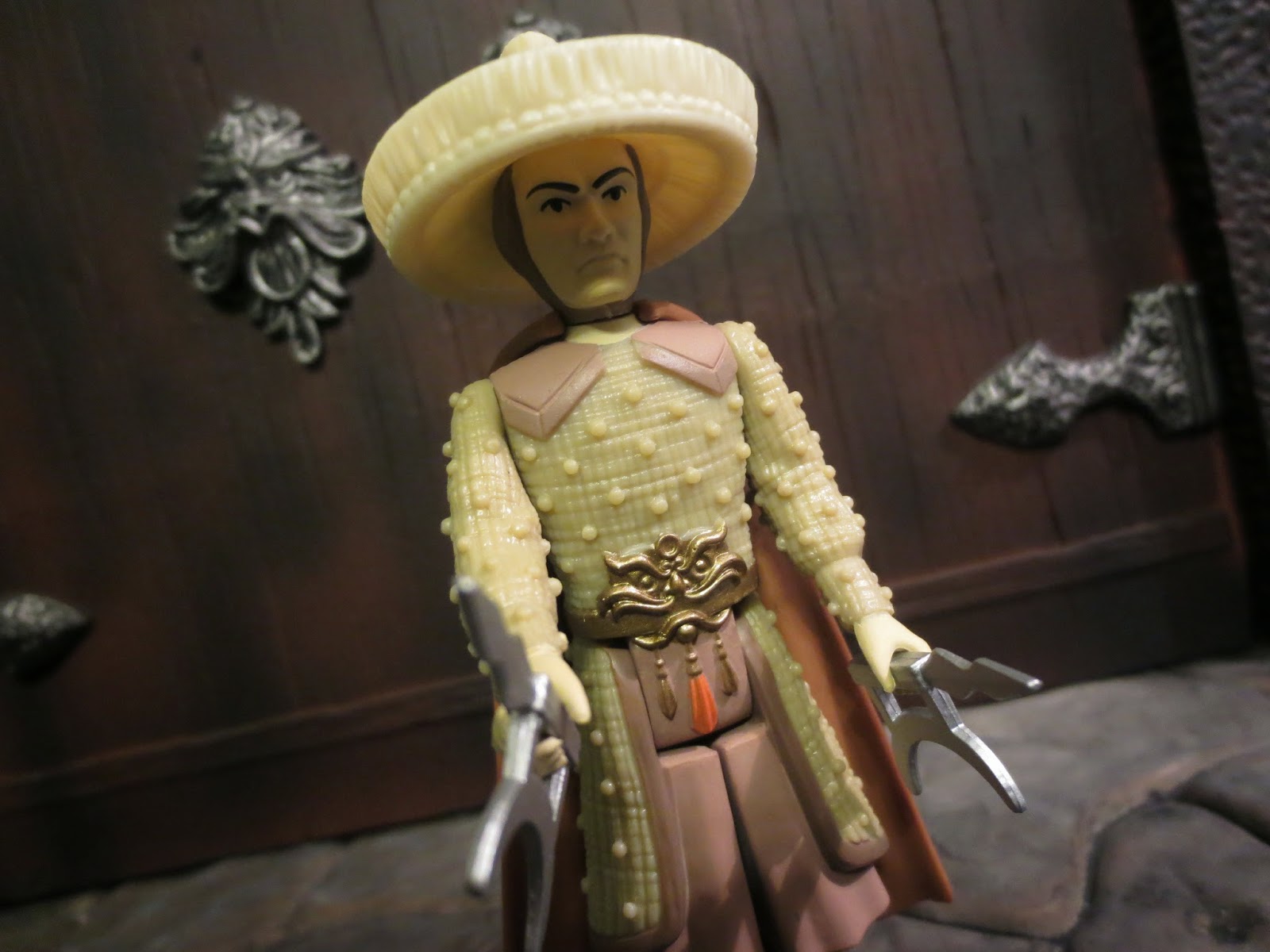 While Lightning has the most recognizable special move and Rain has the coolest weapons and battle face, Thunder is quite possibly my favorite of the Three Storms. Played by Carter Wong, a guy who is so freaking awesome that he trained the Royal Hong Kong Police Department in martial arts and made a ton of movies with titles like When Taekwondo Strikes, Snaky Knight Fight Against Mantis, and Killer of Snake, Fox of Shaolin, Thunder is an incredible bad guy who just oozes confidence and charisma. He also gets so pissed during Big Trouble in Little China that he causes his body to expand and explodes! And yes, it is as awesome as it sounds. Anyways, to finish up my coverage of the first series of Funko's Big Trouble in Little China ReAction line, here's my review of Thunder. You know, over the past two weeks I've not only reviewed six Big Trouble in Little China figures and watched the movie but I've watched countless clips from it on YouTube, listened to the soundtrack, watched the TMNT episode "A Chinatown Ghost Story," and searched through prop and reference photos. I'm son such a BTiLC kick that last night I dreamed I was in the basement of the Wing Kong exchange with Egg Shen, Wang Chi, and Jack Burton while Egg was giving everyone cups of the Six Demon Bag. I woke up during the elevator ride down. Maybe it's a good thing that there's only six figure in this first series instead of eight, otherwise who knows what would happen to me over the weekend... 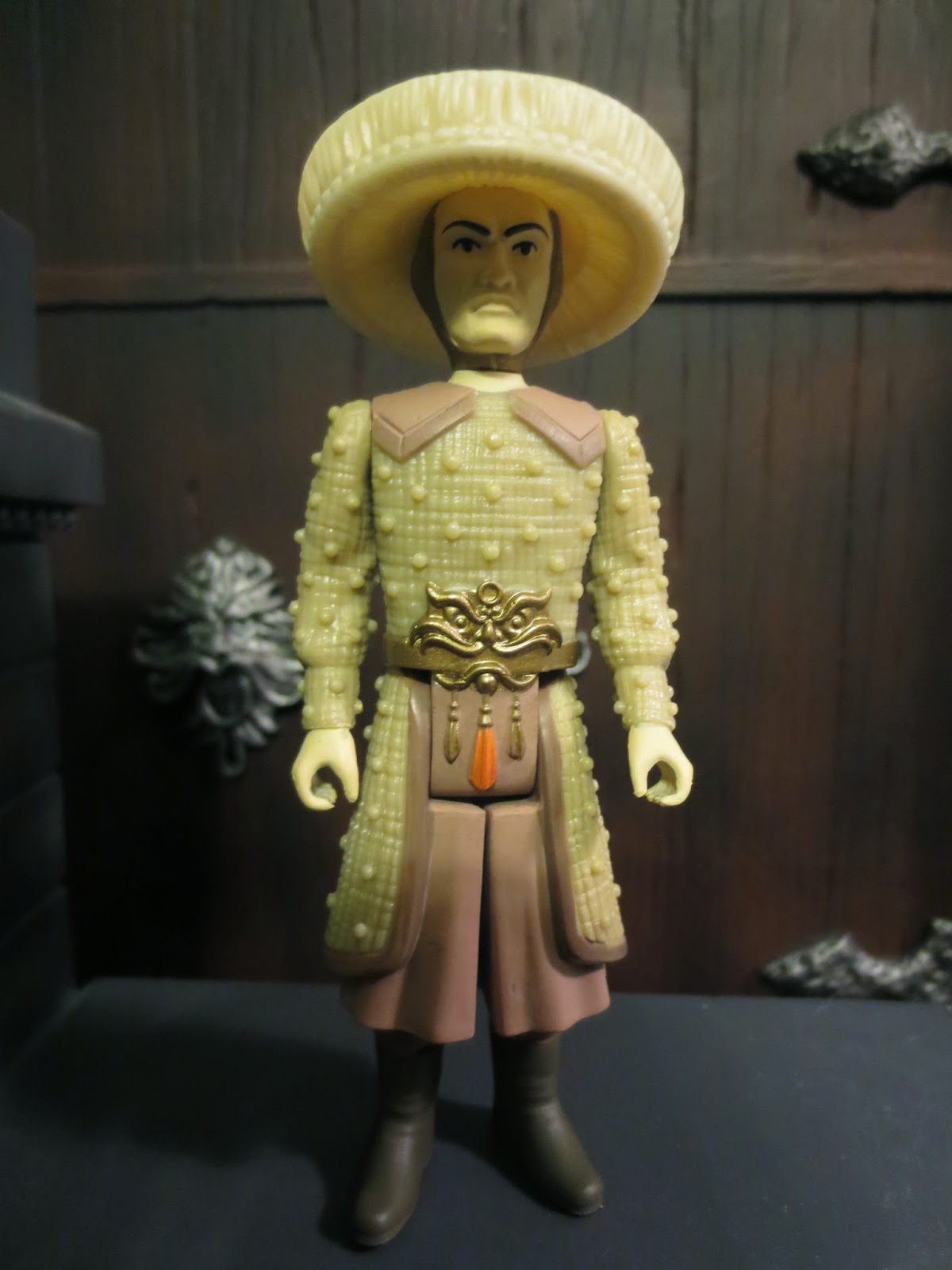 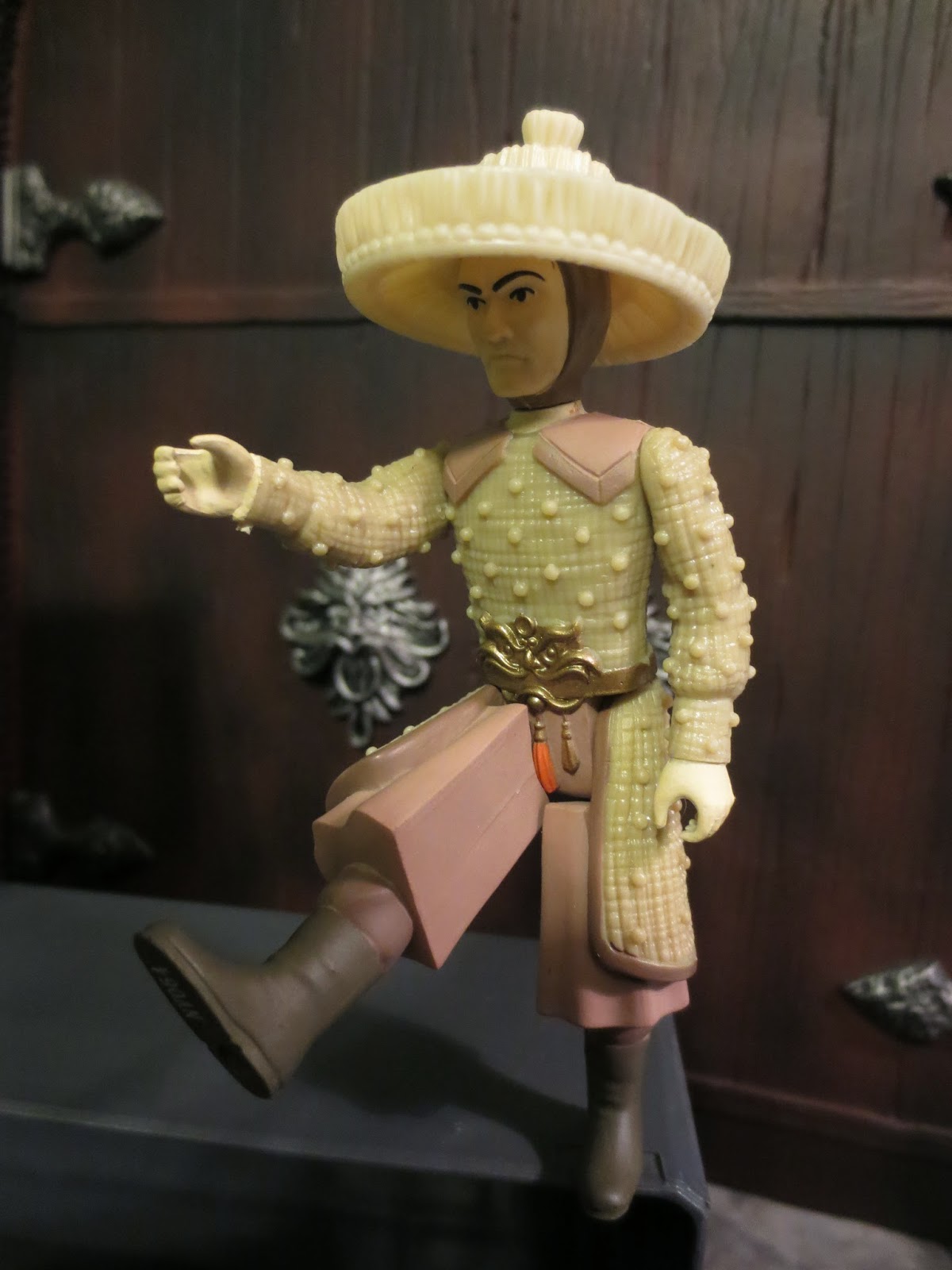 *Having now reviewed every figure in this series, I'm definitely repeating myself. But that's OK, since it's still applicable: If you're into the vintage styled figures from Funko or other companies like Bif Bang Pow! or Warpo, you're going to love these. Funko has upped their game with these and they're solid and durable. The plastic quality it much higher than on some of last year's releases (like the Rocketeer and the Escape from New York figures). The articulation is solid and tight and exactly what you'd expect from this line. 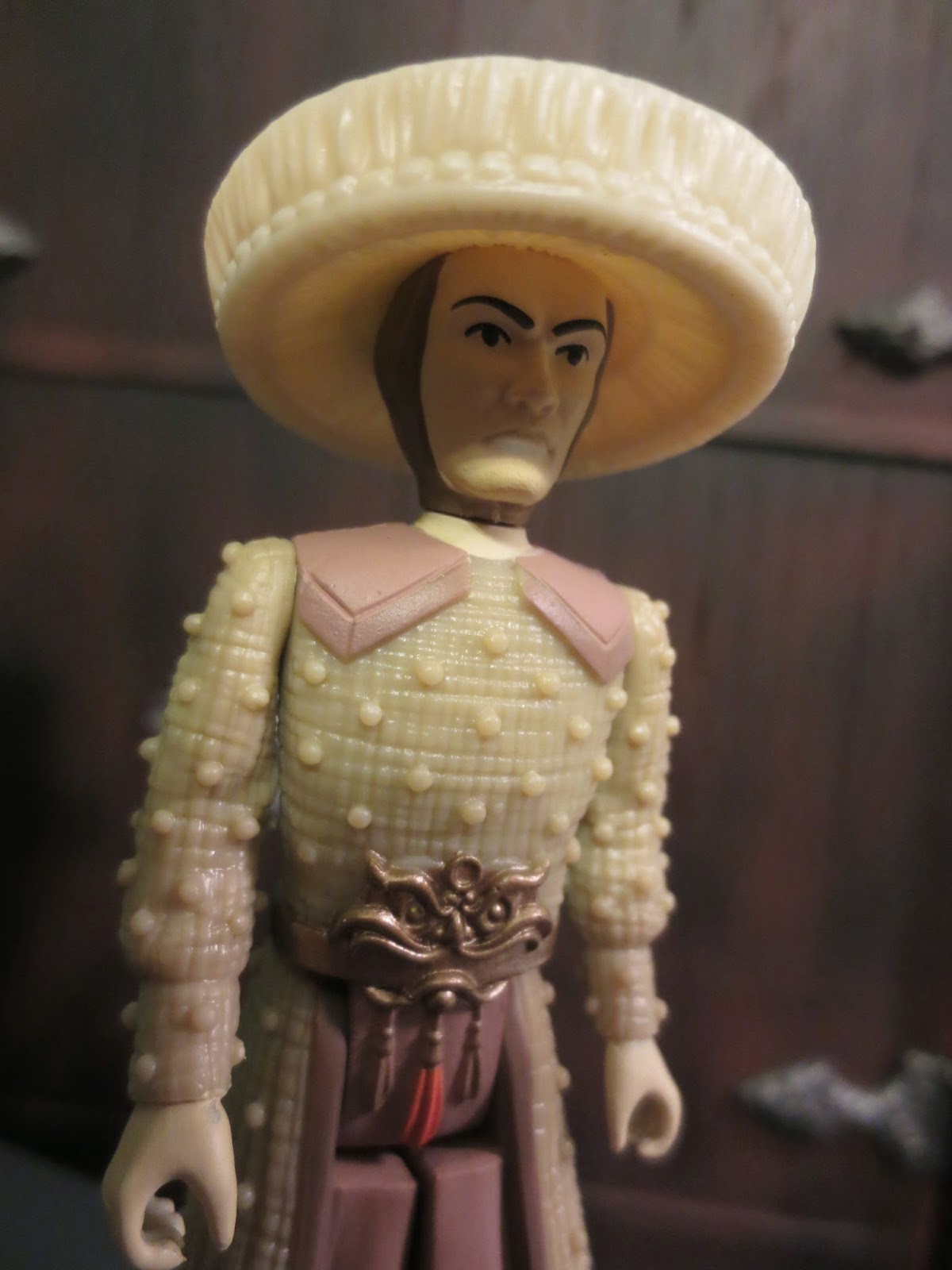 * While this figure doesn't look exactly like Carter Wong in the face, that's to be expected in this line. I'm actually surprised by how different the Storms look from one another as there definitely is some resemblance to the actor here. The hat, while shared with Lightning and Rain, still looks pretty awesome. 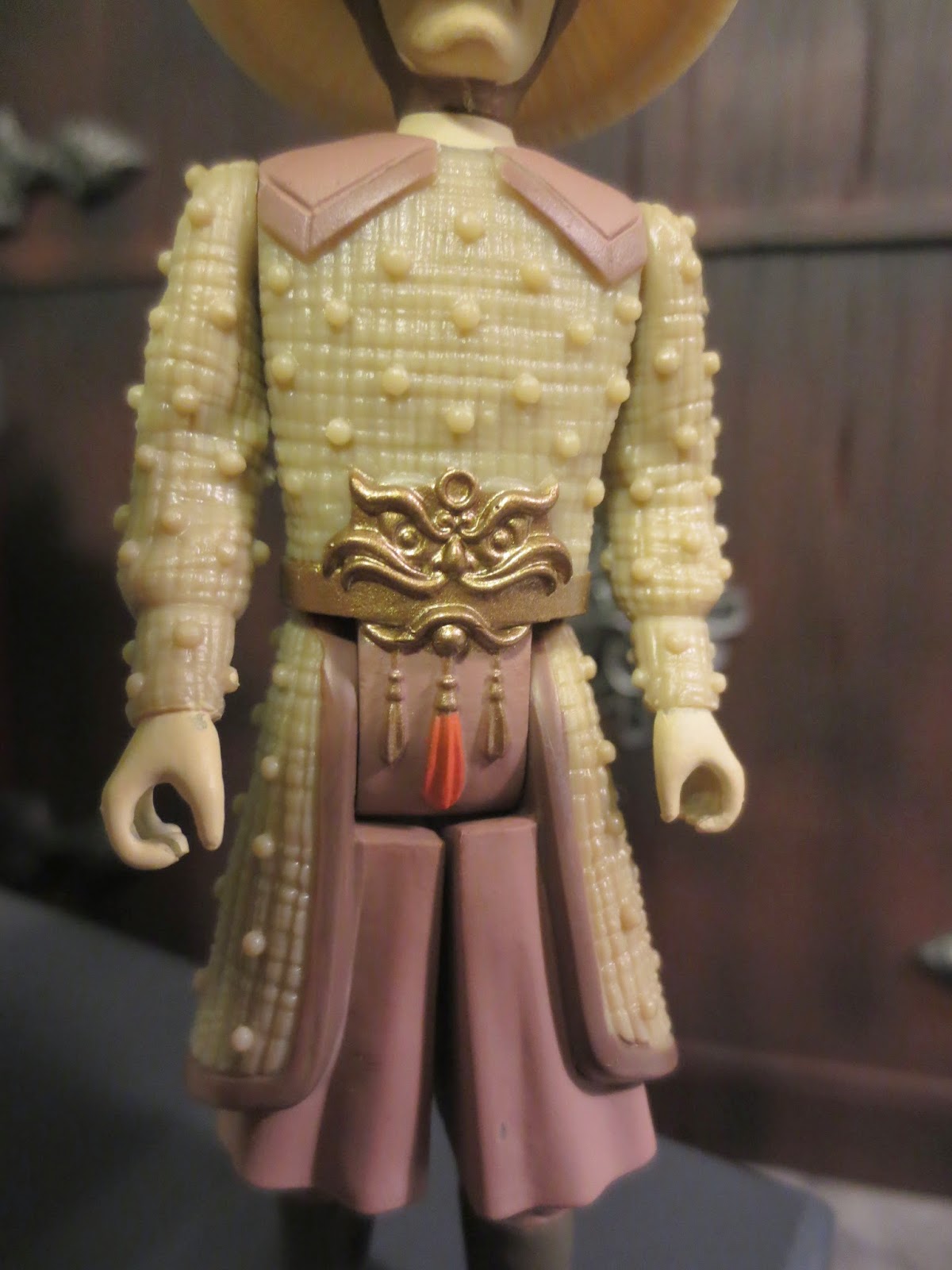 *The work on the outfit is amazing here. First, the texture and sculpting on the Thunder's outfit is quite impressive. The etched material and the raised bumps all over his outer robe are present. The elaborate belt with tassels is sculpted rather nicel and the paint work is clean and even. While the figure maintains a retro aesthetic, the paint applications are better and more elaborate than most TMNT or modern Saga Legends Star Wars figures. 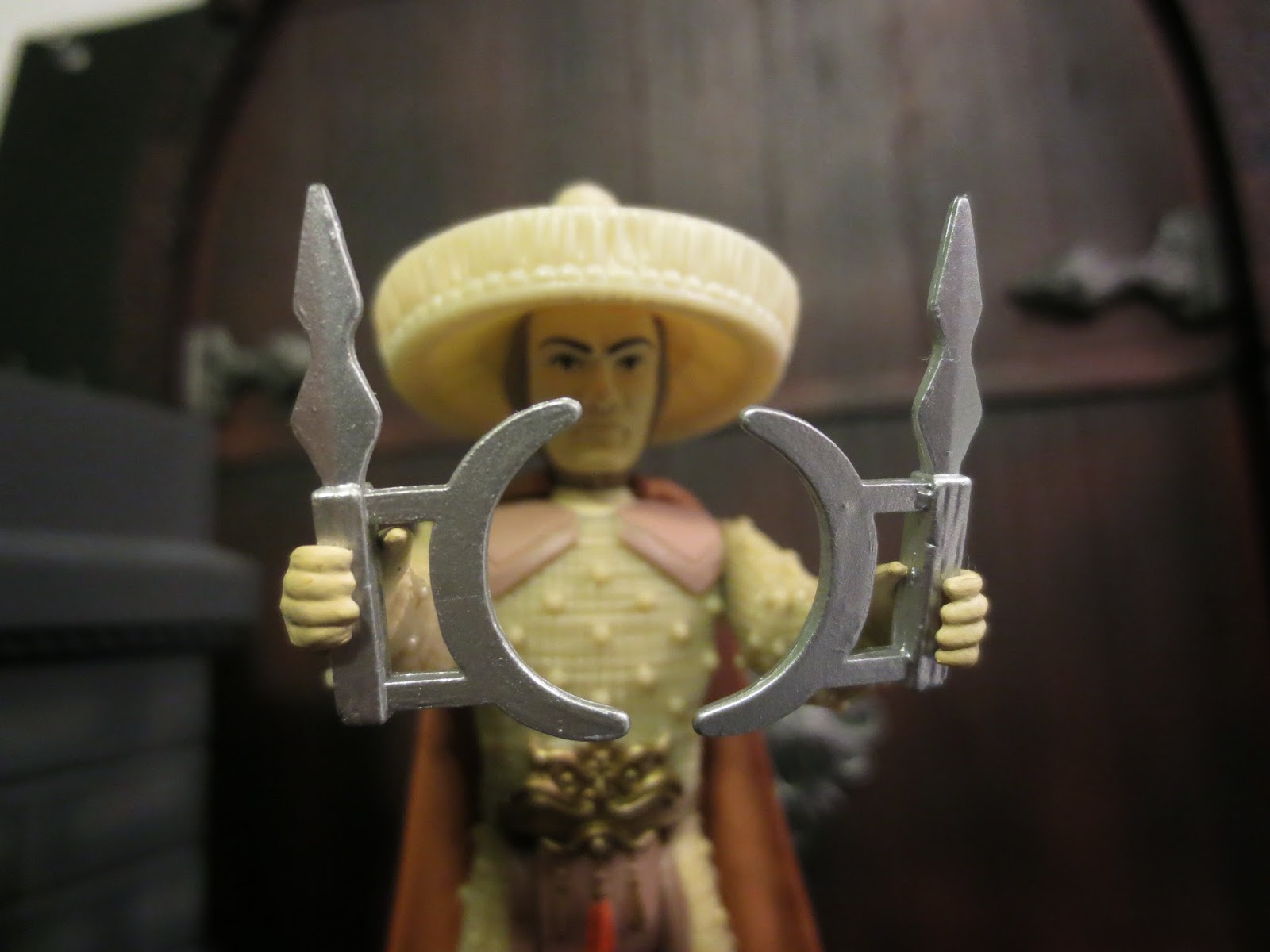 * I don't really have any. Seriously, I love this guy. He's really good and one of the best faux-retro figures out there. Maybe his face could have looked a bit more pissed off? That's not really a negative, though, just a personal preference. Dang the Storms have some cool facial expressions. 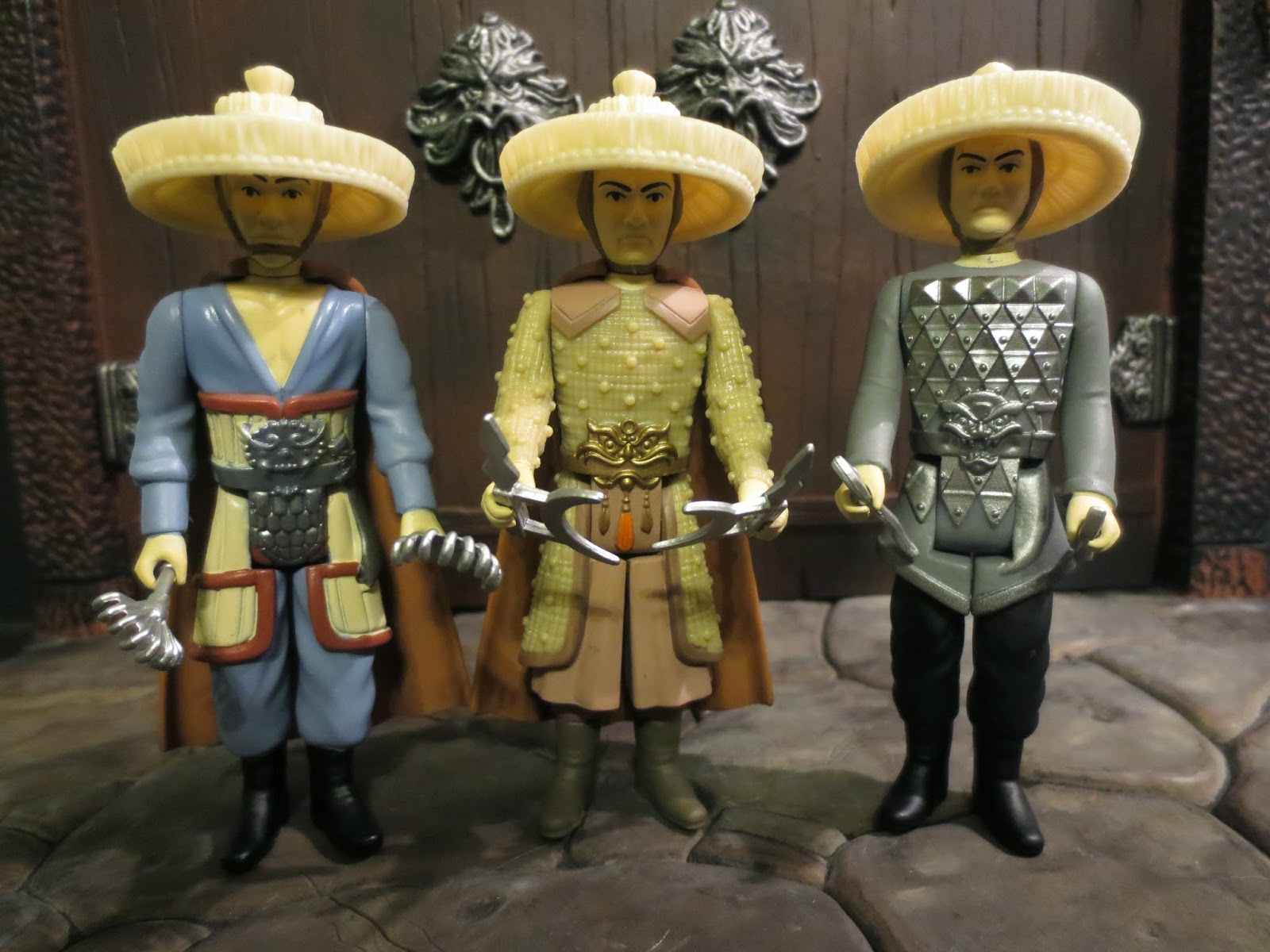 What more can I say? Funko is putting out some awesome, fun product for this movie and Thunder is just another great figure in the line. I'm giving him a Great and a 1/2 rating as well. I really like this line and I hope it sells well enough to get a second series of figures. Without getting too crazy, here are some figures I'd ideally like to see in a second series:

If we were to get a third series, I'd go with:
David Lo Pan (Little ol' Basket Case)
Jack Burton as Henry Swanson
Eddie Hong
Lords of Death gangster (guy with cool glasses)
Margo (although I'm not sure how exciting of a figure she'd be)
Thunder (Ready to explode!)

I've also reviewed Jack Burton, Lo Pan, Lightning, Rain, and Gracie Law from this line as well as quite a few other ReAction figures, including: