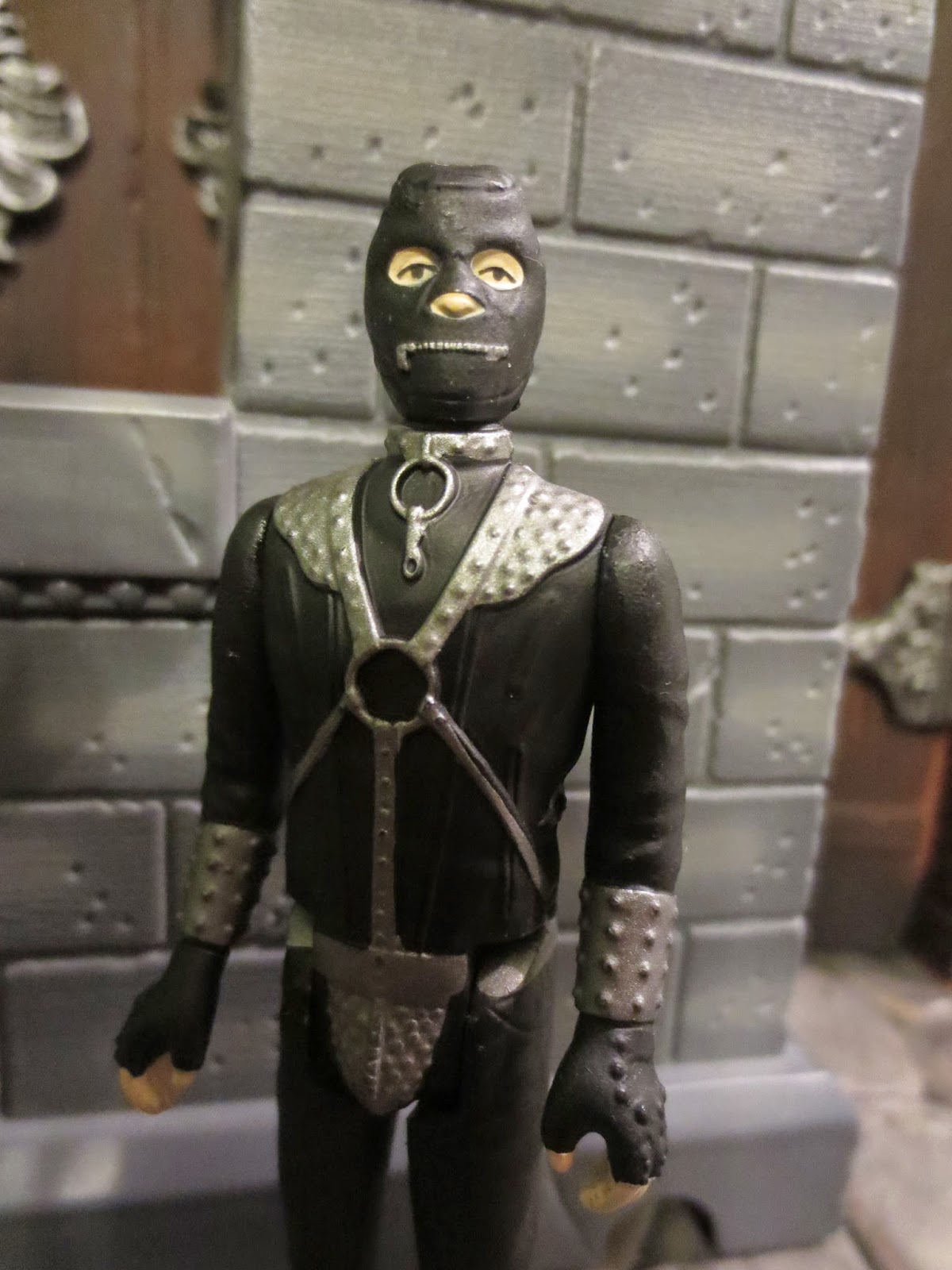 For my money, Funko's ReAction figures excel when they're doing one of two things: Releasing figures that feel like they should have been actual toys released in the late 70s/ early 80s or releasing toys that are absolutely inappropriate for a children's toyline in that fun, playful, "collect them all" Kenner style. The Gimp from Pulp Fiction absolutely falls into that latter category. Diamond Select has released Pulp Fiction minimates and soon will be releasing traditional action figures in a 7 inch Diamond Select but it's pretty clear that those are products aimed at adult collectors. Funko's figures, though, playfully manipulate our minds into imaging "What if Pulp Fiction had come out with a kids toyline?" Quentin Tarantino's groundbreaking film was released in 1994, back when I was only 11 and far too young to see Pulp Fiction (I probably first saw it in 1999 while in high school). Still, something about that iconic poster definitely stood out from many other films. Not only was the text bold with eye-catching colors and a weathered appearance but it featured that now classic image of Uma Thurman as Mia Wallace both looking incredibly gorgeous while acting like she doesn't gives a flip about anything.  While it's been imitated so many times in the past 20 some years, watching Pulp Fiction is still a fresh, unique experience. Like a Big Kahuna Burger, Jack rabbit Slims, or the failed pitch for Fox Force Five, there's something about these toys that makes you believe that maybe, just maybe, these could have really existed as a kids toyline but you just forgot about them. I can almost see the commercial with a deep voiced narrator speaking about bringing the action of Pulp Fiction home with new Pulp Fiction action figures! I can see the kids in the commercial playing with Vincent and Jules action figures while spouting overly enthusiastic and kid friendly lines as the narrator. "Oh no! Mrs. Mia Wallace is sick! Call in Jimmie and the Wolf!"

At some point in the commercial, one kid would be playing with Butch and Marsellus Wallace when some kid would shout (in his best bad guy voice) "Bring out the Gimp!" and proceed to knock a stack of small cardboard crates over to reveal the Gimp action figure. The narrator would close us out by stating "Who will win? Will Butch get his watch back? Does Marsellus Wallace look like a wimp to you? You decide with Pulp Fiction action figures; from Funko! (all figure sold separately)." Long story short, I really found the inappropriateness of the Gimp as a retro styled action figure far too funny to pass up. He's the only figure in the series I've bought so far, and I'm getting ready to review him. Let me wake him up and get him out of his box and we'll get this show on the road... 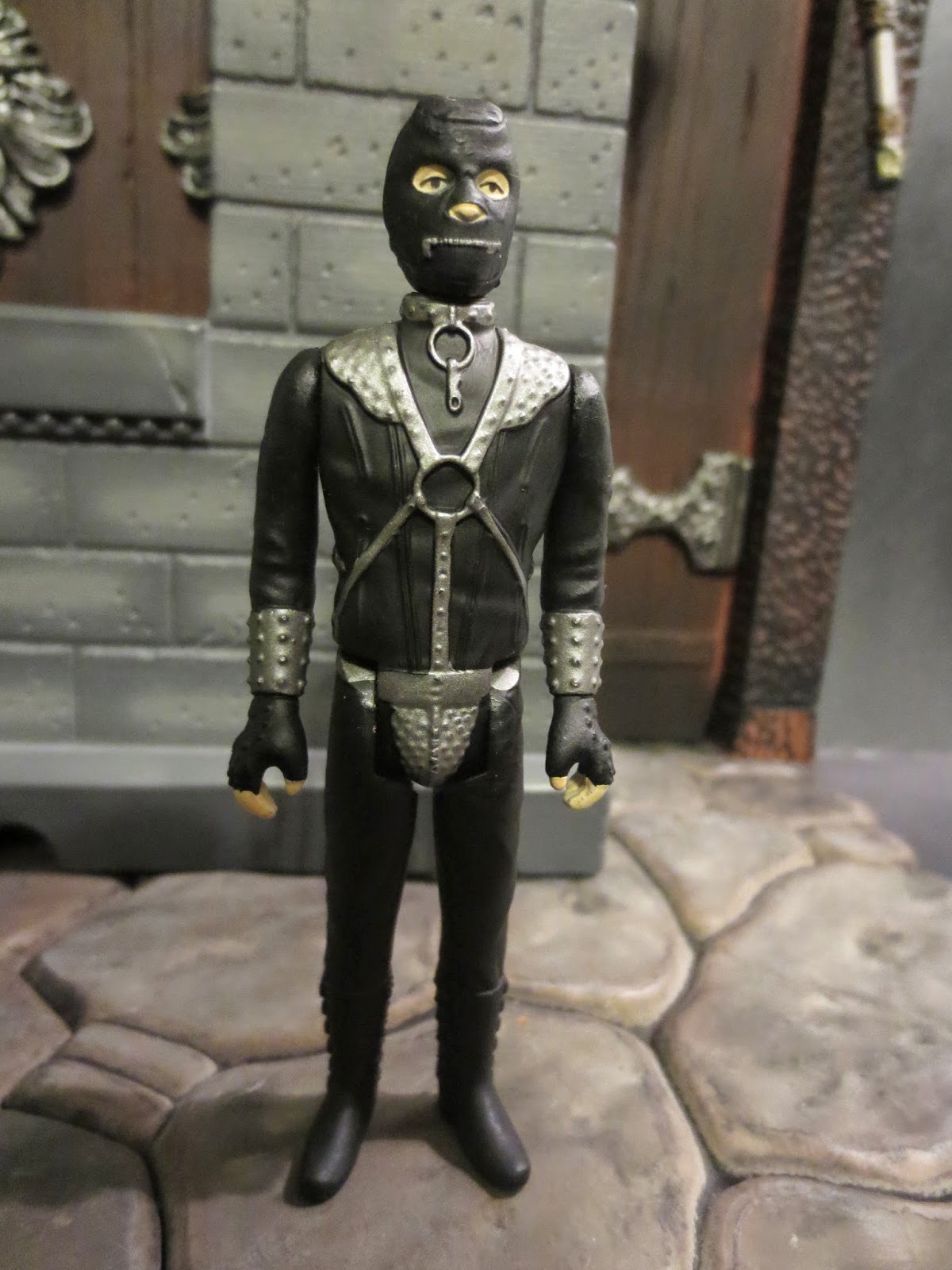 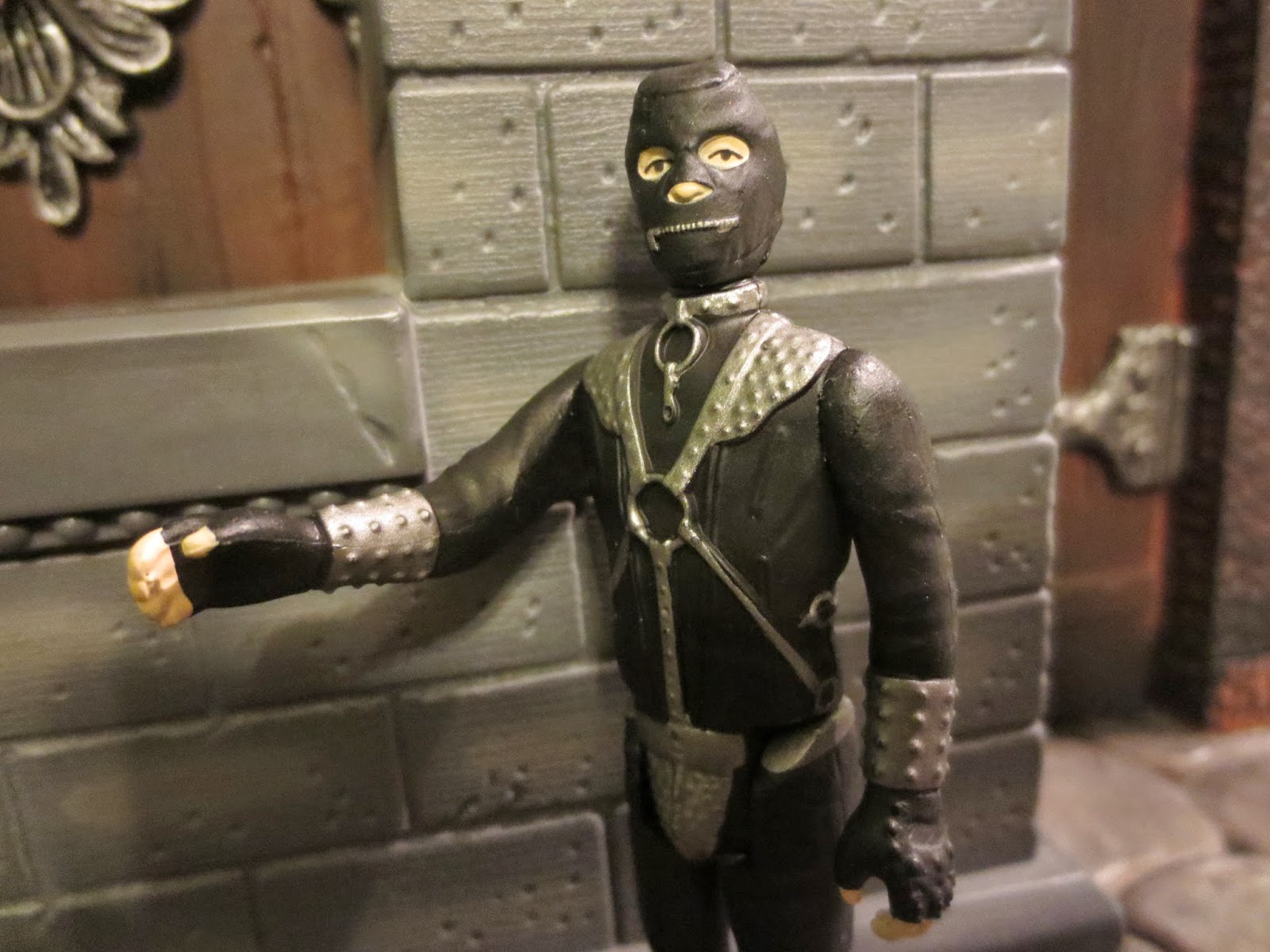 * One of the initial things about this figure that I like right off the bat is that he's wearing a black bondage suit. Can you think of any other action figure wearing one of these? I'm not into that myself, but they definitely have a presence in horror media. My absolute favorite Wes Craven movie is The People Under the Stairs and I love Everett McGill's performance as Daddy Robeson. How messed up is it when he dons the gimp suit and runs through the house after the kids? I'm also thinking about the first season of American Horror Story. As a horror fan, it's interesting to display this with the other Reaction and similar styled horror figures. He's going to be joining my council of monsters, no doubt about that. 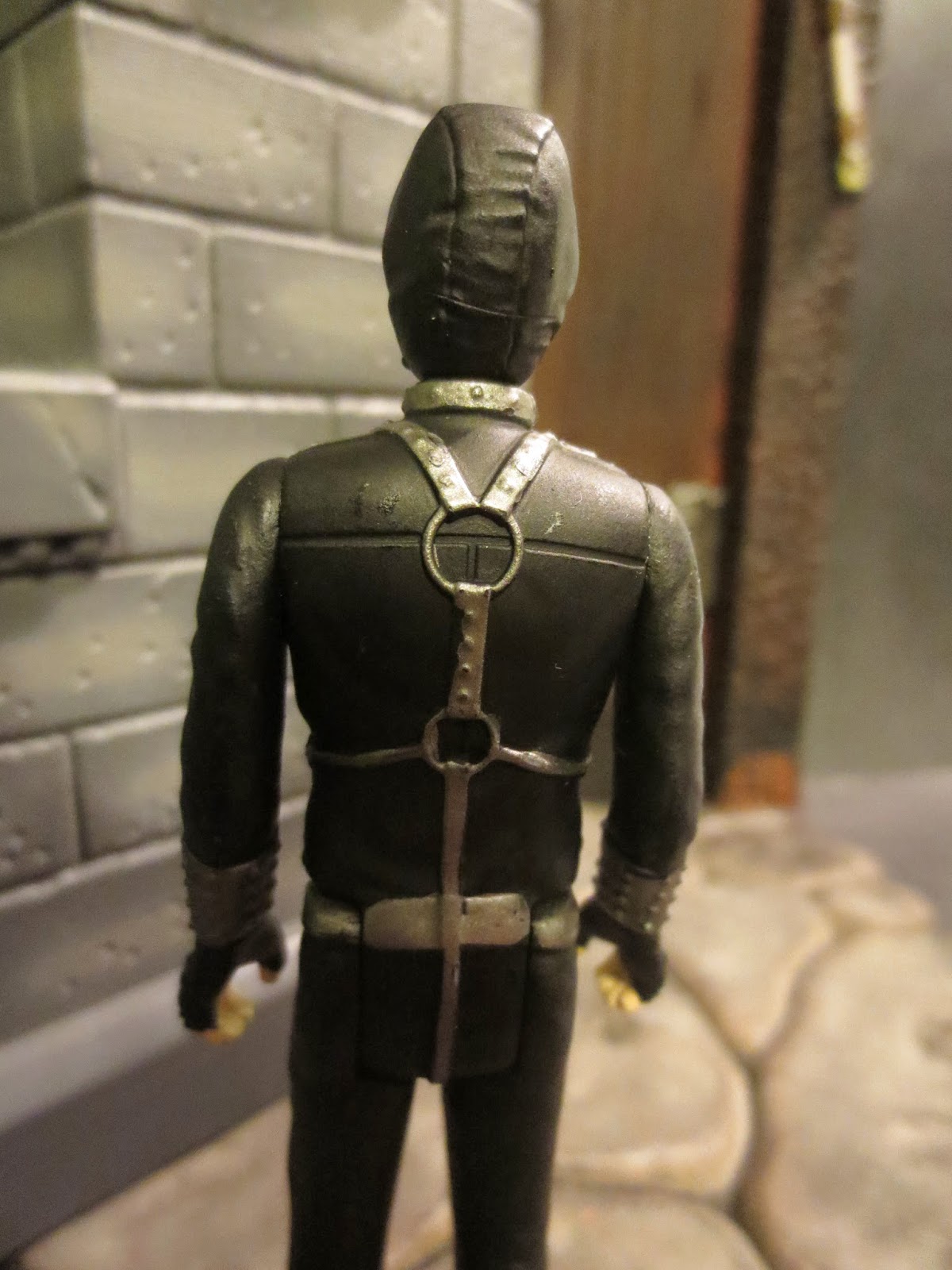 *The sculpt on the Gimp is really quite detailed. Not only does his leather suit have lots of folds and seams but the metal harness he's wearing has plenty of rings, studs, and zippers. There's even a nicely painted zipper across his mouth. Funko's ReAction figures have gotten better over the year and the Gimp is definitely on the higher end. 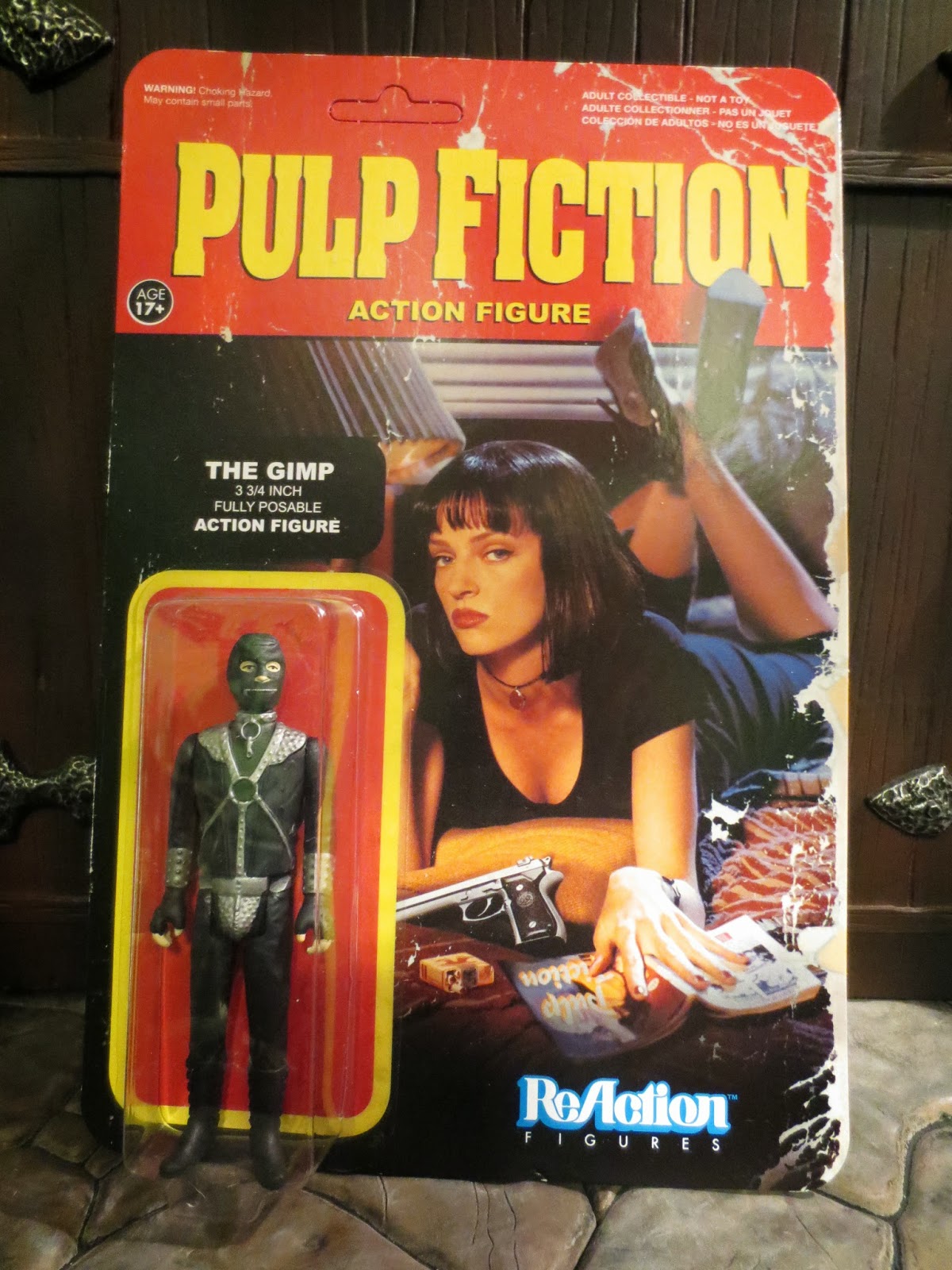 *I pretty much always love the ReAction packaging and the Pulp Fiction line's packaging is no exception. It's a traditional blister card reminiscent of the vintage Star Wars figures. While some characters feature a film still on the card showing their character (Vincent Vega, Jules, and Jimmie), the rest the classic movie poster image. It looks great, is immediately recognizable, and has that wonderful faux vintage charm. If you're careful, you can also make an incision on the side of the blister and remove the figure in such a way so that you can place it back inside for display. 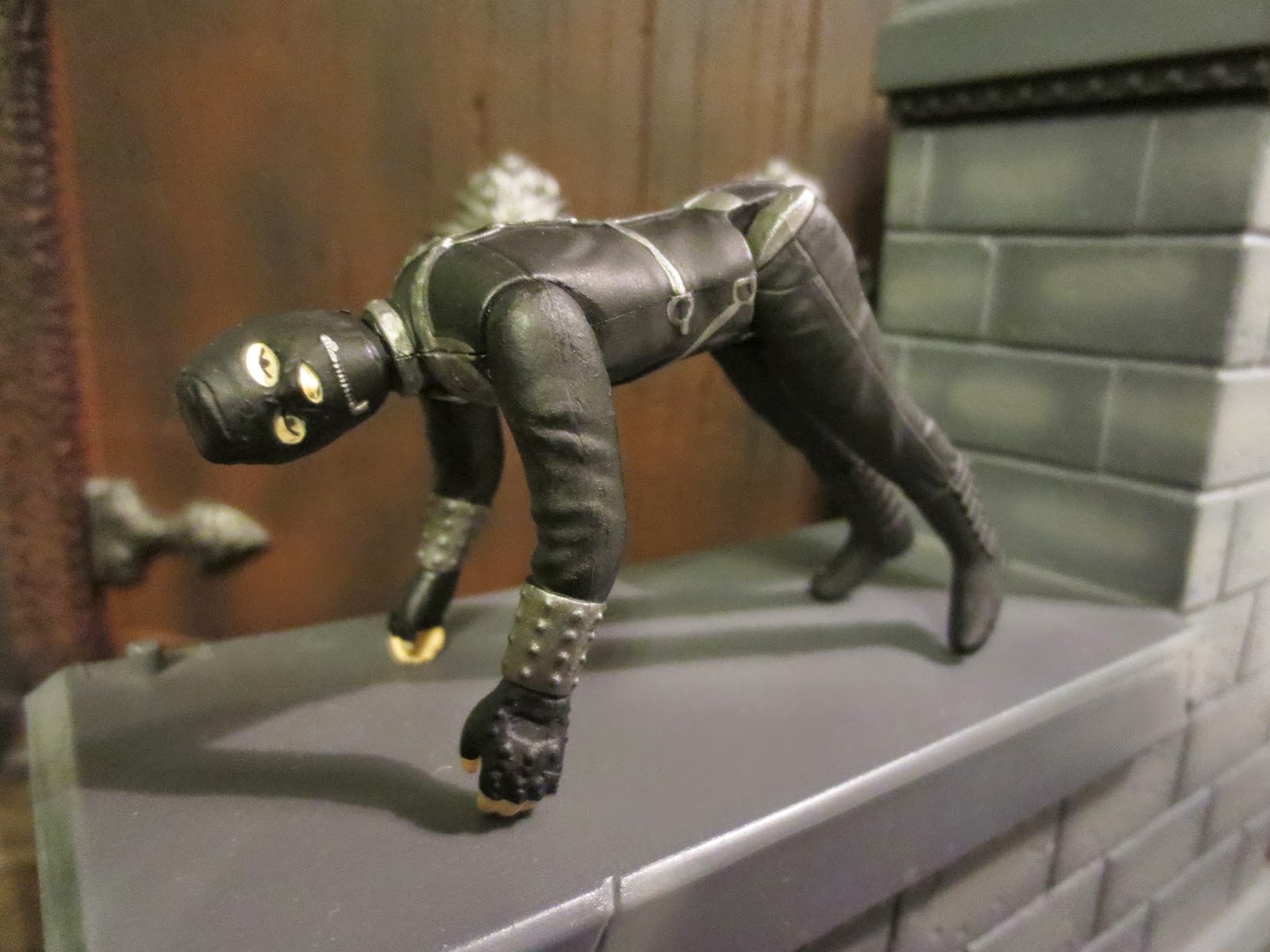 *The Gimp's articulation is minimal but sturdy. The minimal articulation is part of the style here, so I won't knock it. I d feel like the plastic quality is much higher than on some of the previous ReAction lines (particularly Escape from New York, The Rocketeer, and Buffy the Vampire Slayer). The harder plastic feels better and makes the details look much cleaner and crisper. 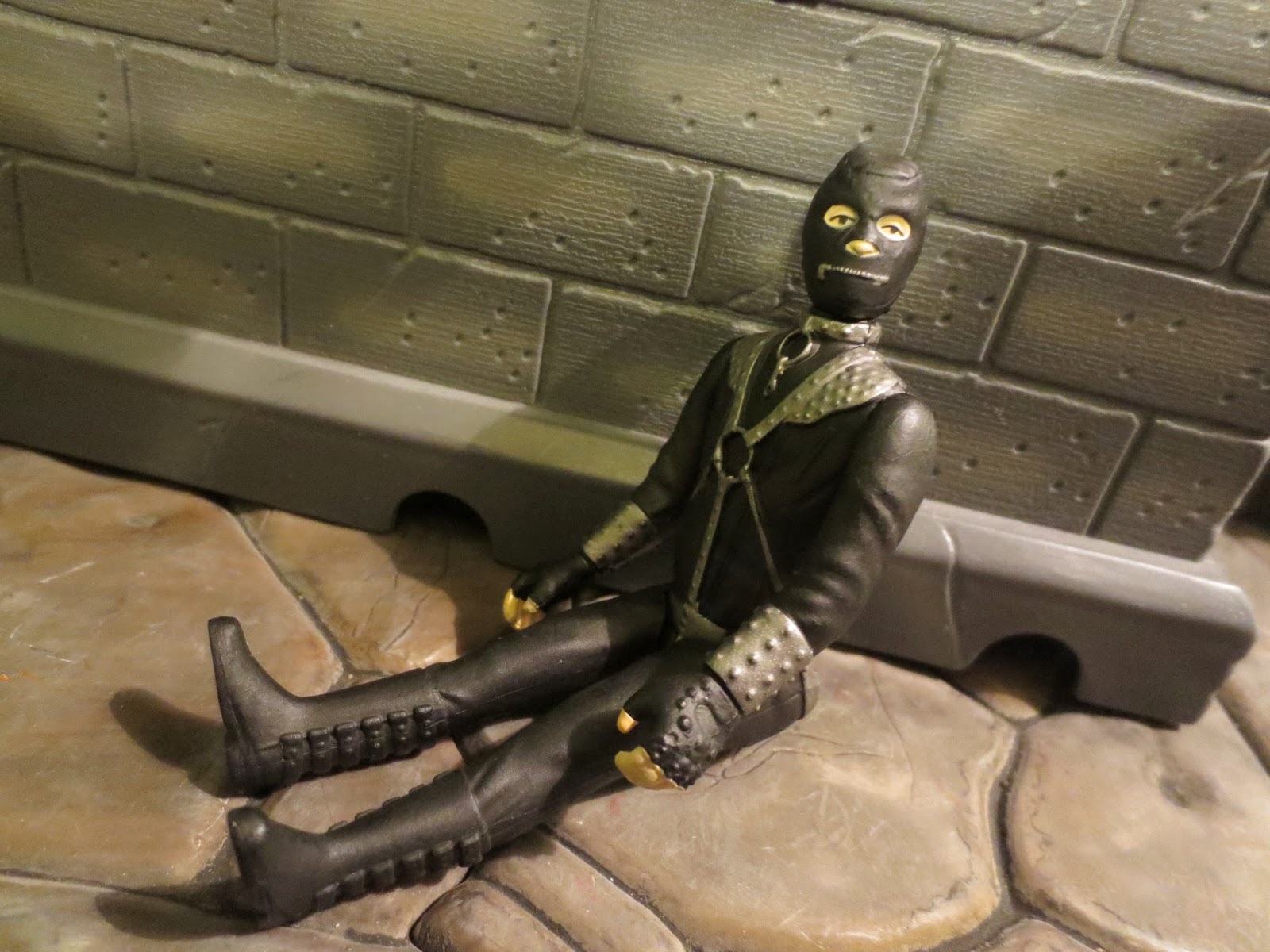 *I wish the Gimp had some sort of accessory. I'm not sure what exactly that would be but anything would have been appreciated. Maybe a chain for his neck or something (even if it were just made from plastic). There is an SDCC 2014 exclusive version of the figure that came in a wooden box, but a box wouldn't have been feasible to include with the carded figure. Maybe the shotgun that Marsellus Wallace uses on Zed? 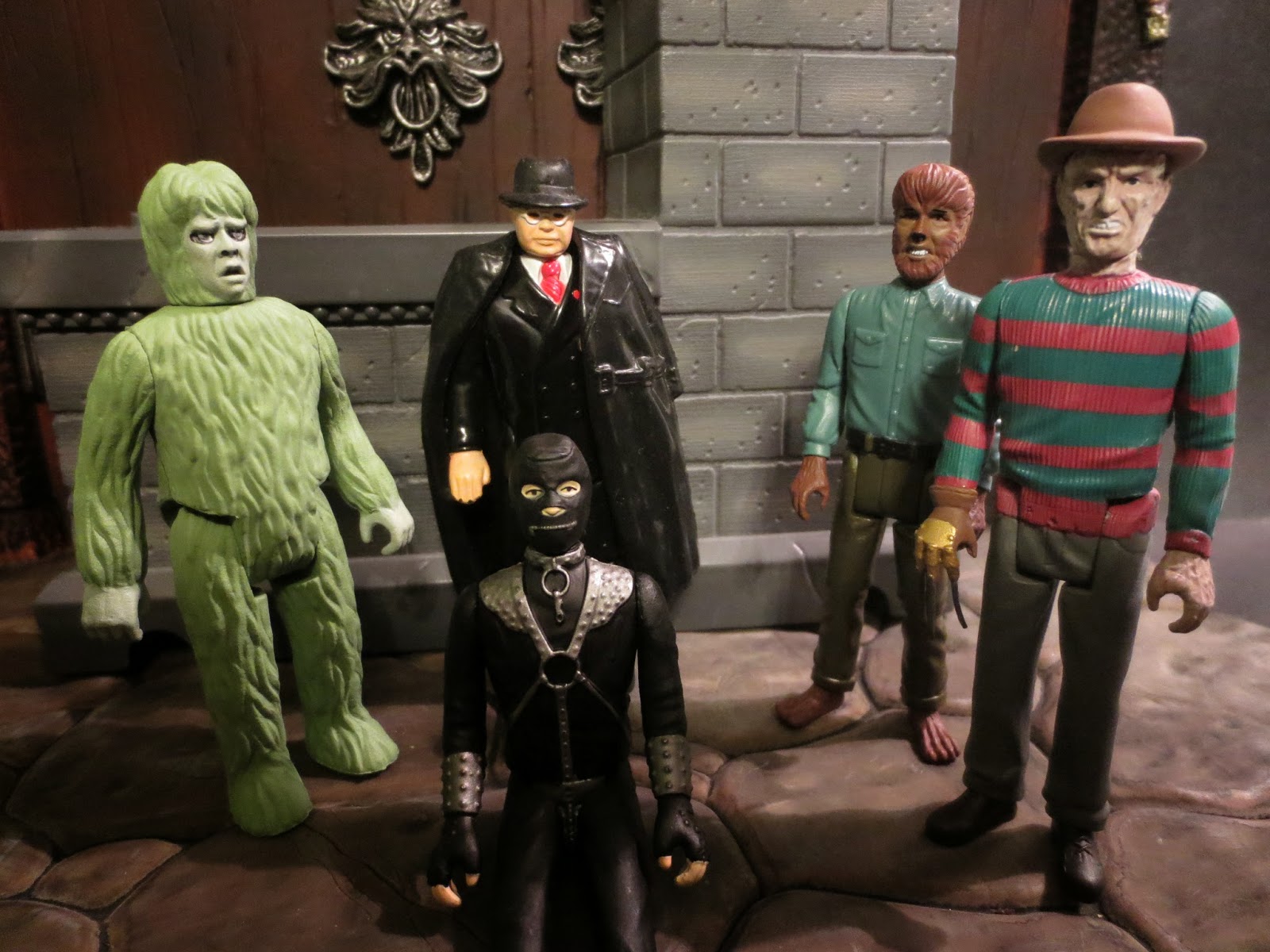 While the ReAction figures are clearly toys, they're also fun little pop culture collectibles that are appealing because they cover so many licenses. It's funny to me to have the Gimp standing around with other vintage styled action figures, particularly because he's such an awkward character to be made into a toy. The only problem I have with him is that I wish he came with some little extra. Still, for $10 bucks, this guy is a neat, absurd addition to your toy shelf. I'm giving him a Great rating and inducting him into my Council of Monsters! Good luck, Gimp!

I've reviewed a few other ReAction figures, including:
Alien ReAction by Funko
Alien (with Metallic Flesh)
Kane (with Chestburster)