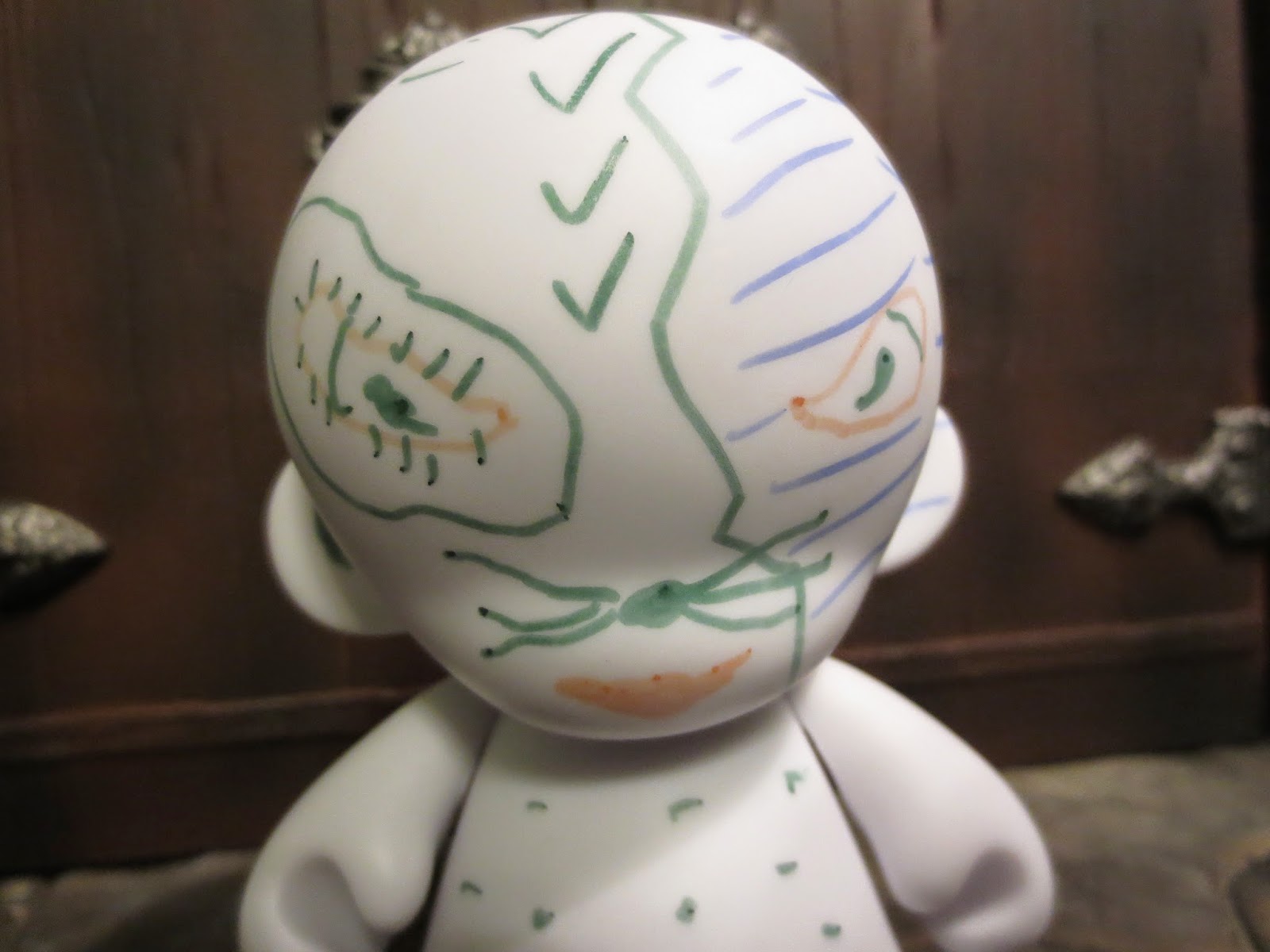 My February Loot Crate came in last week and this little guy was included. It's a Mini Munny di it yourself vinyl figure. I'm familiar with Kidrobot but I'm not sure that I've ever paid much attention to anything they've released. Anyways, Munnys have been around for a few years and the mini Munny was first introduced in 2008. The idea is that you're supposed to use markers, paint, or whatever else you want to design your own vinyl figure. Not being an artsy person, I'm a bit intimidated and would rather have had an actual character or something in my Loot Crate. Still, I'm going to not just review the base body and articulation but I'm also going to attempt to make a Munny of my own. Can I do it? Let's check and see... 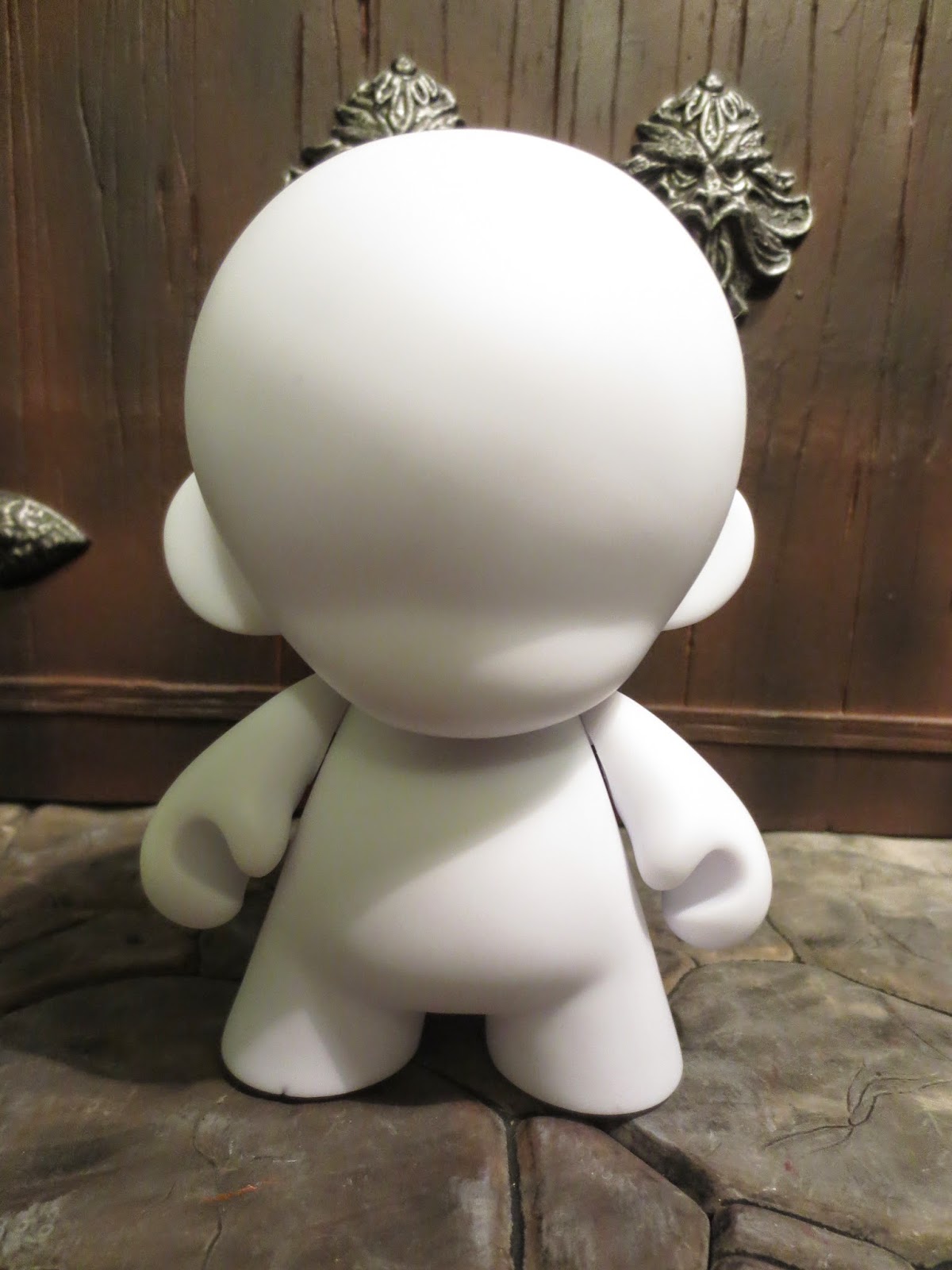 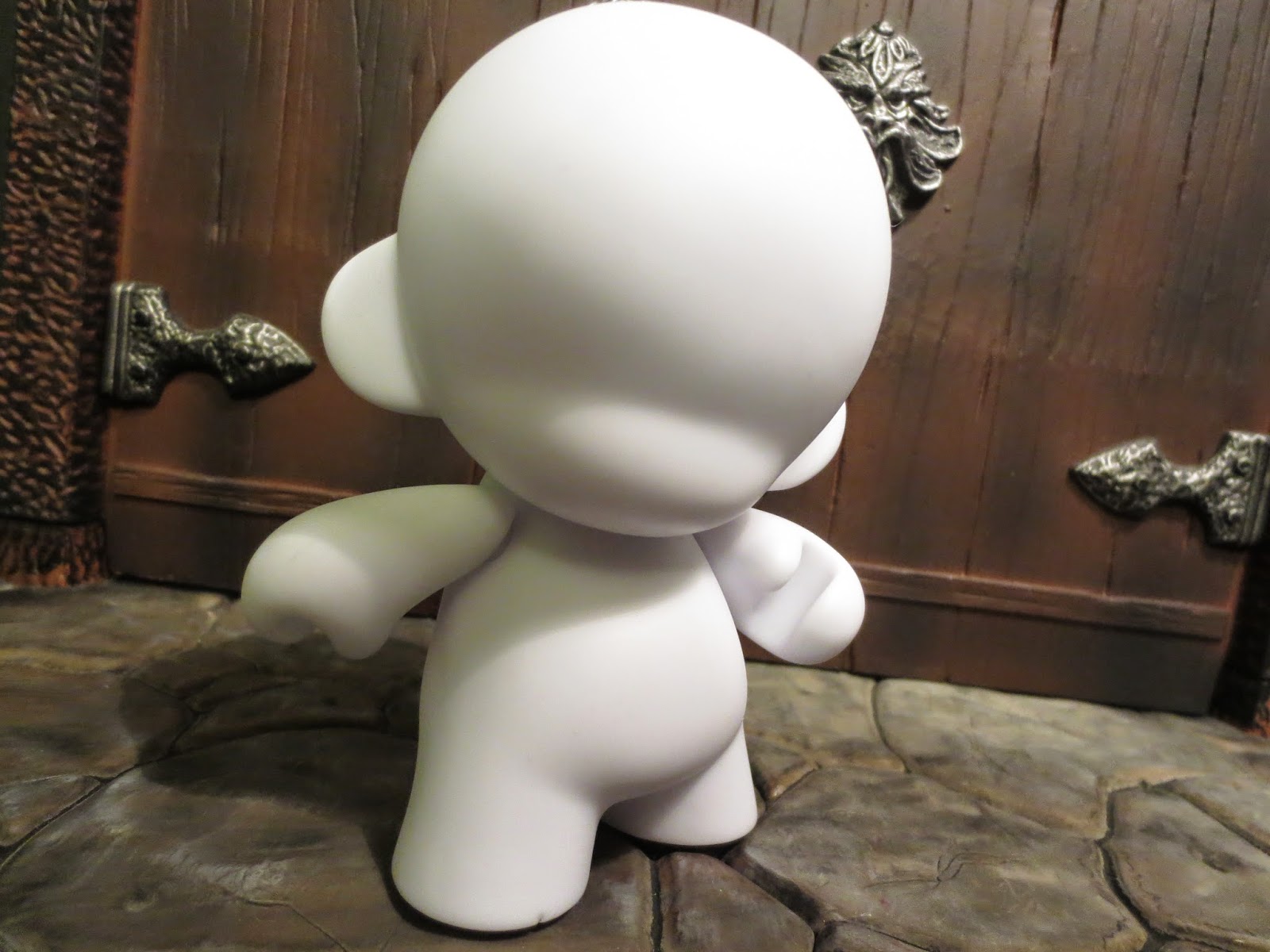 The Munny has a funny, minimalistic body that does have a bit of articulation to it. These definitely remind me of Mighty Muggs, although I'm guessing that saying that is probably some sort of faux pas amongst the urban vinyl collecting community. Munny is slimmer and has a little bit of a gut. The joints feel sturdy and do give you a little bit of range for making a few different poses. 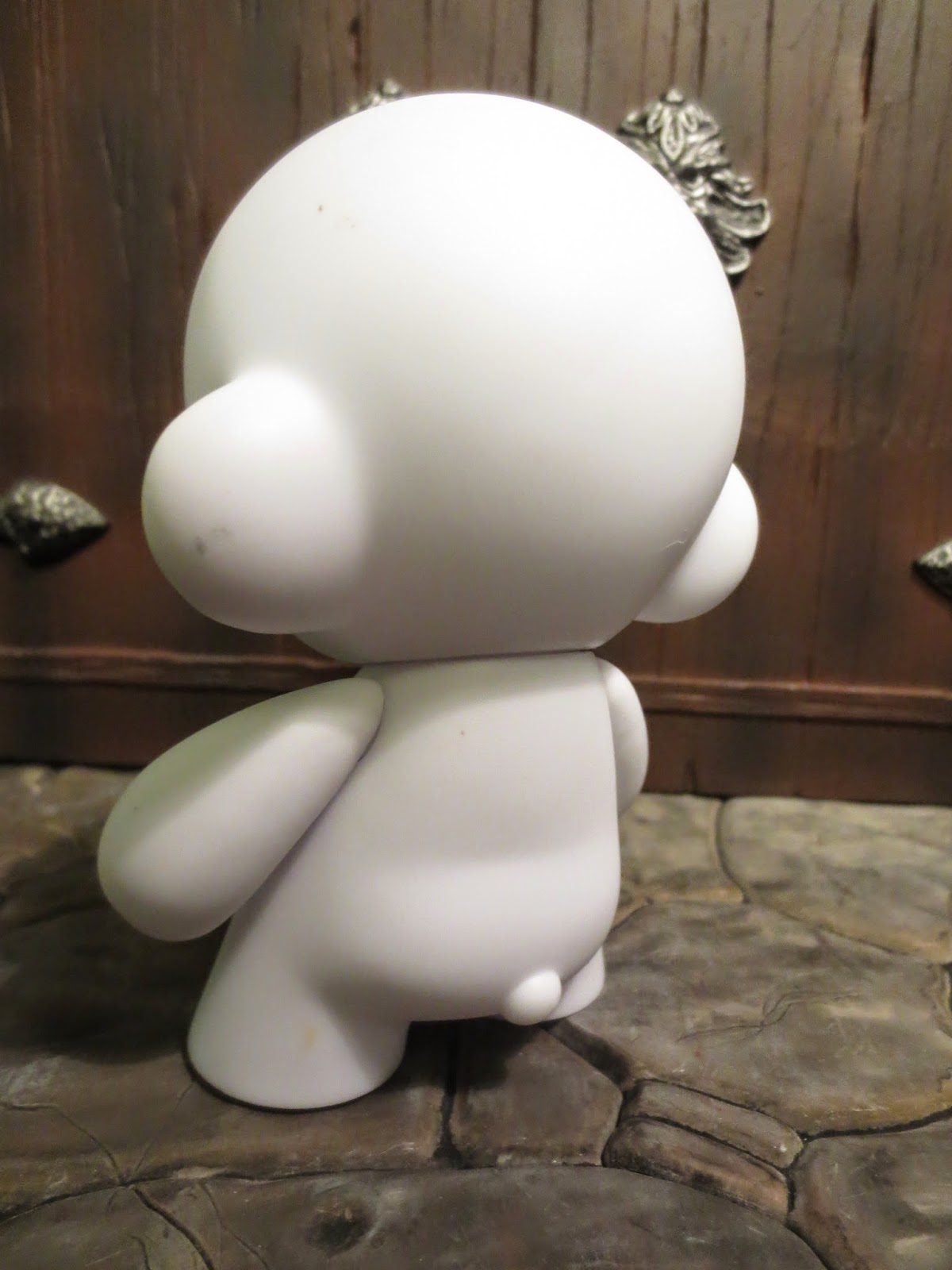 The ears and little tail on the back definitely make me feel like this is supposed to represent a chimp of some kind. It has a very simian appearance to it. The plastic is somewhat soft and has a unique texture to it. There's a lot of flat surface area so that you can draw, paint, or doodle to your hearts content. 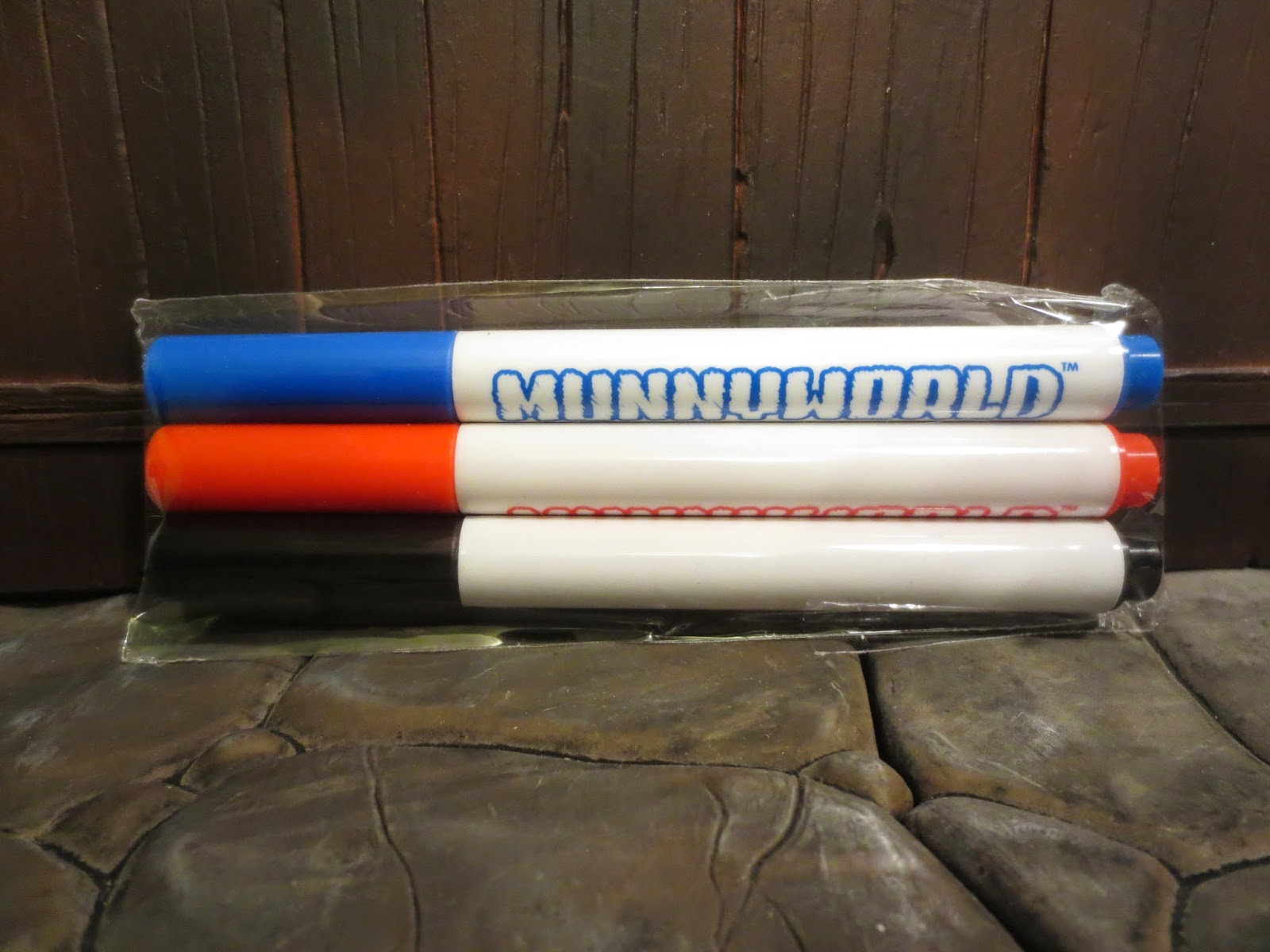 Here's the three markers. These say "Munnyworld" on them. The caps fit on very tightly. I had a tough time getting the caps off with just one hand while holding the Munny. I'm not sure if it's due to the marker or the Munny but the black on my marker looked green on my Munny. Weird, huh? 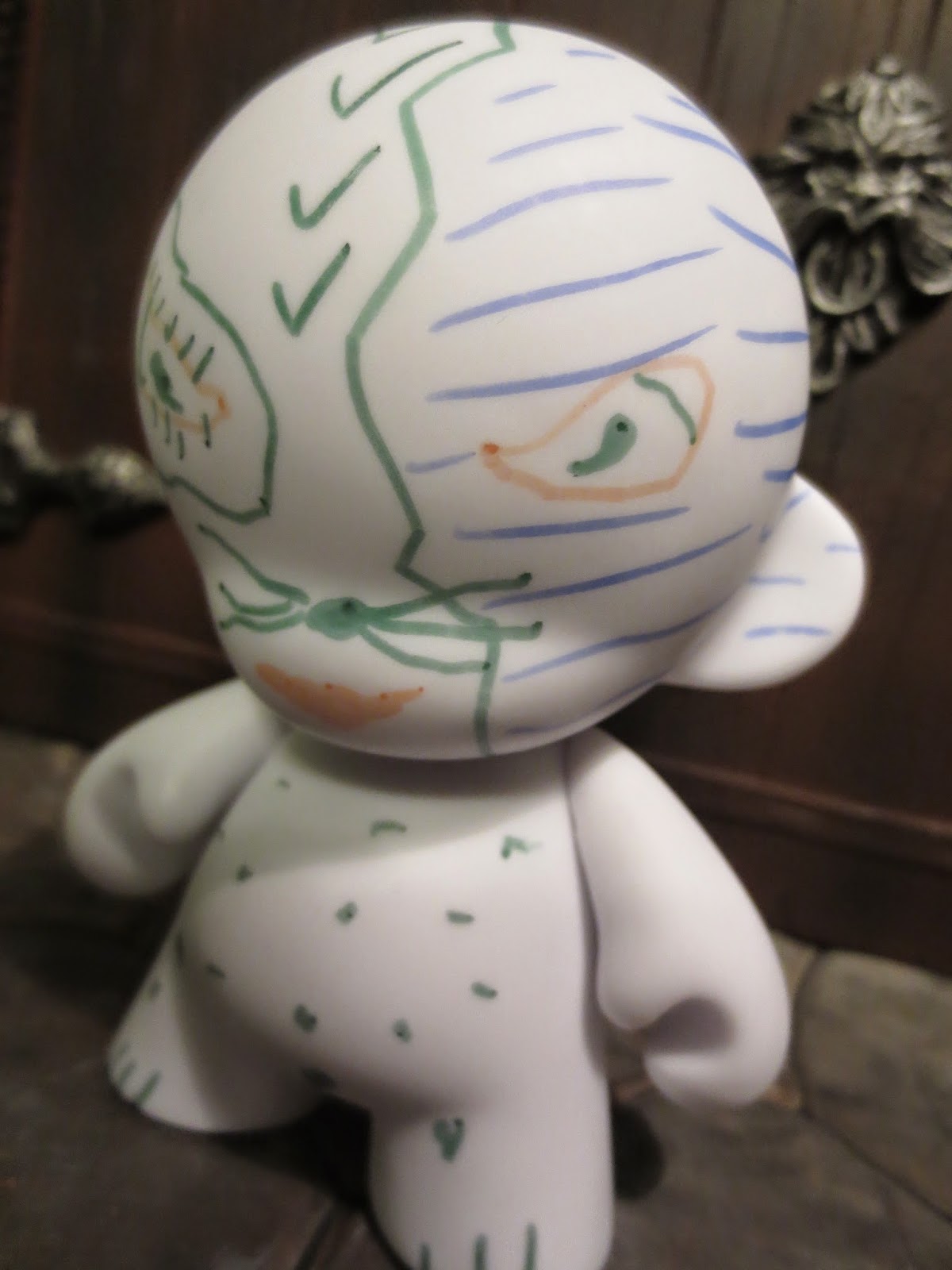 Here's my...thing. I was just kind of experimenting and trying some different techniques. I've seen some amazing Munny that people have made but this just isn't my strong suit. I could see these being a nice canvas for those artistically inclined or for some type of activity with kids, but I definitely don't think I'm the target audience. 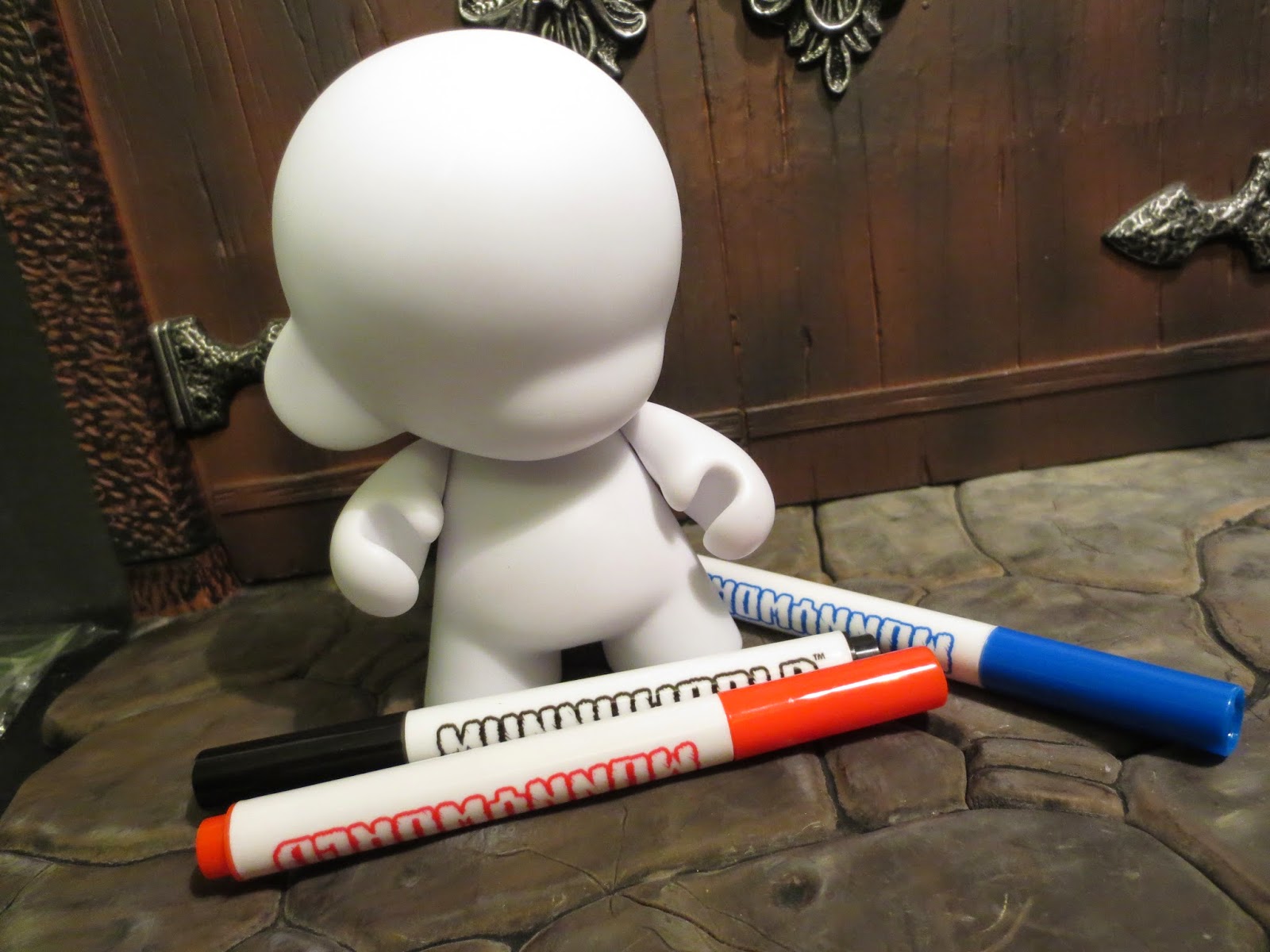 This is a nice set, no doubt about it. The figure is a nice base body and the included markers are a good creative boost. I'm just not much of a drawer or coloring expert and so a lot of the appeal of this set is lost on me. I'm giving this a Good rating as it's a nice idea and well executed; I just can't get too excited about it. If it hadn't come in my Loot Crate, I wouldn't have probably ever even given one of these a second thought.

I've reviewed other trinkets from Loot Crate, including the So Analog Drx Who 10-Doh! (Loot Crate Exclusive) by Squid Kids Ink.
Posted by Barbecue17 at 3/02/2015