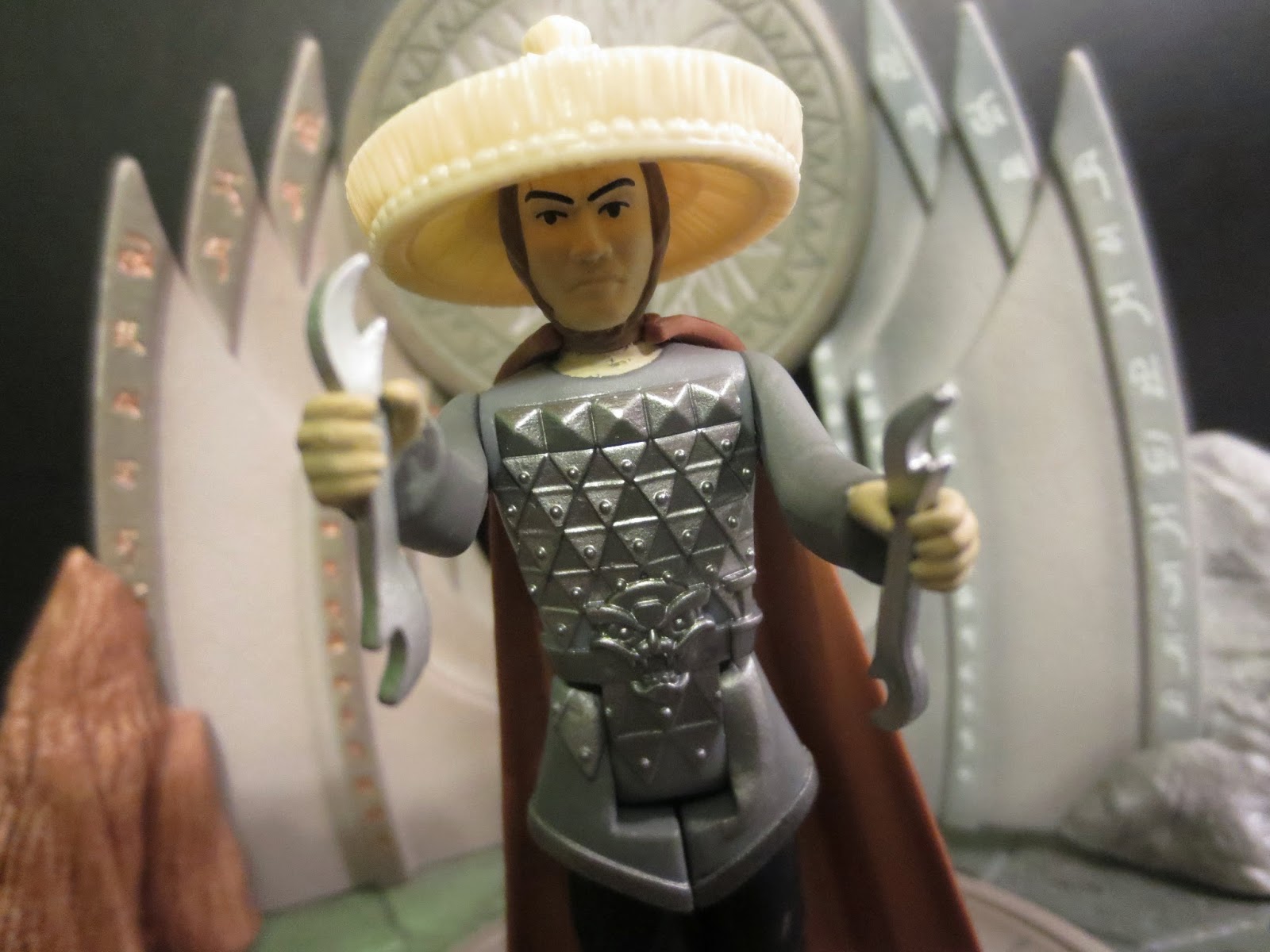 Recently I walked into my local Food Lion and did a survey with random folks. I asked them whether they thought Big Trouble in Little China was the best move in existence or the greatest film ever made. Of the 17 people I surveyed before the management ran me off, 100% chose some answer that indicated that the John Carpenter masterpiece was indeed pretty much the #1 film ever. Anyways, today I'm looking at another figure from Funko's Big Trouble in Little China ReAction line: Lightning. Played by James Pax, Lightning is one of the Three Storms in service to Lo Pan. Not only is he a super cool martial artist who throws a Kukri, but he also can summon and use lighting as a weapon. Ready for a look at Lightning? Then get ready after the break... 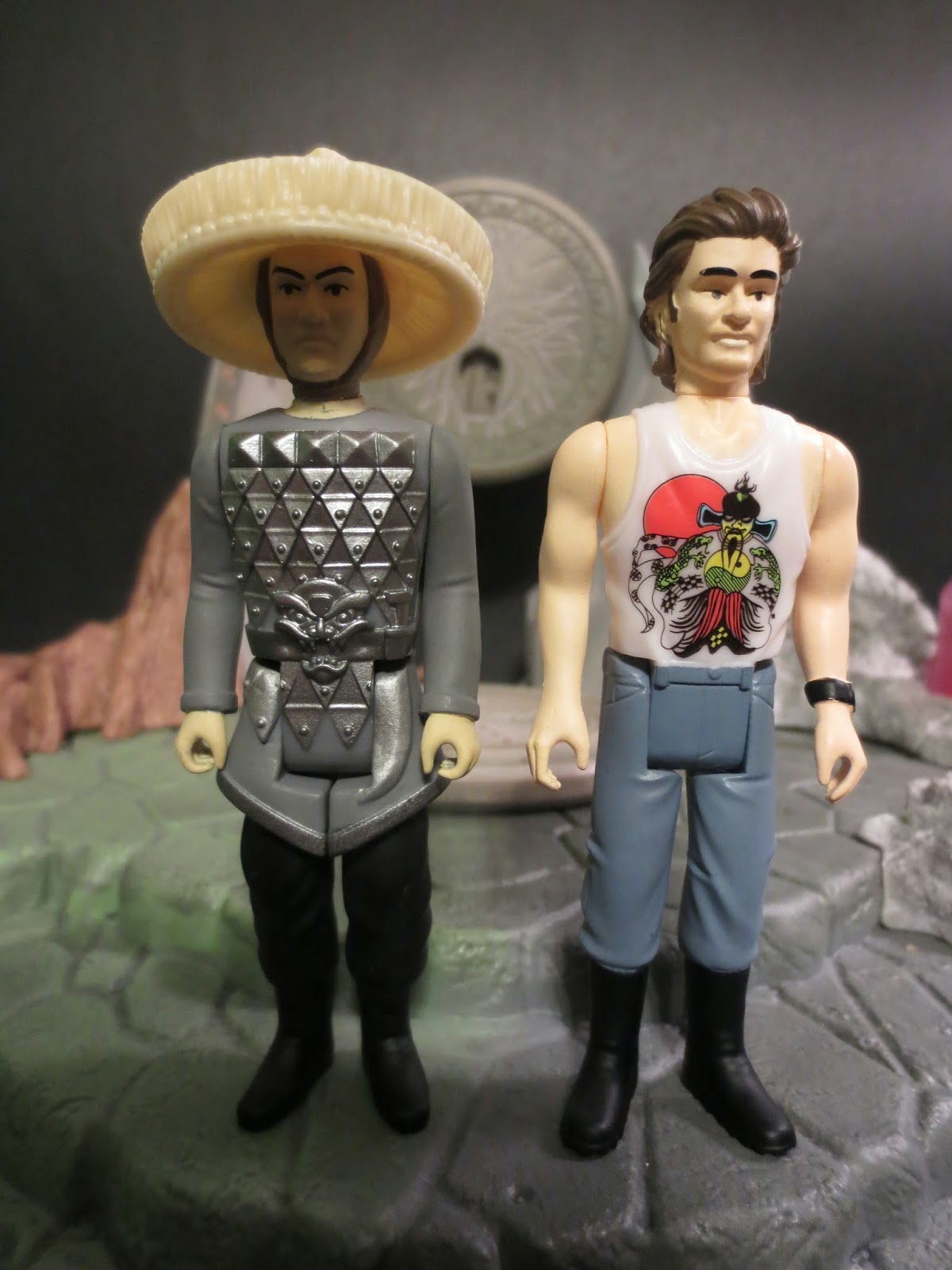 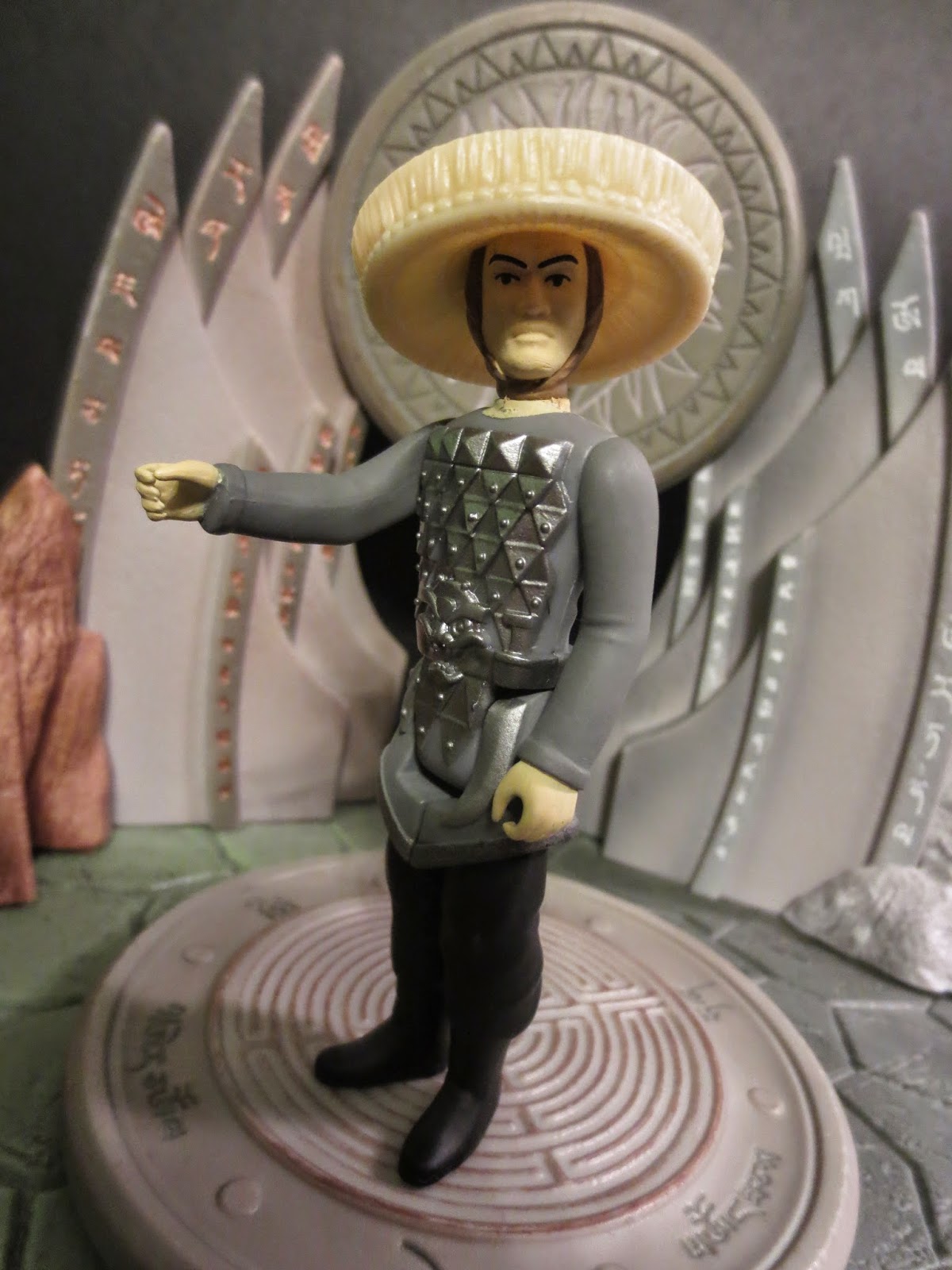 *I feel like I'm singing the same old song over and over since I'm reviewing the entire series but I'm extremely impressed by how much Funko has improved the quality of these figures from last year. The Big Trouble in Little China figures have not only better sculpts overall but they also are made from a much sturdier feeling plastic. They look and feel great and the joints are all tight and sturdy. 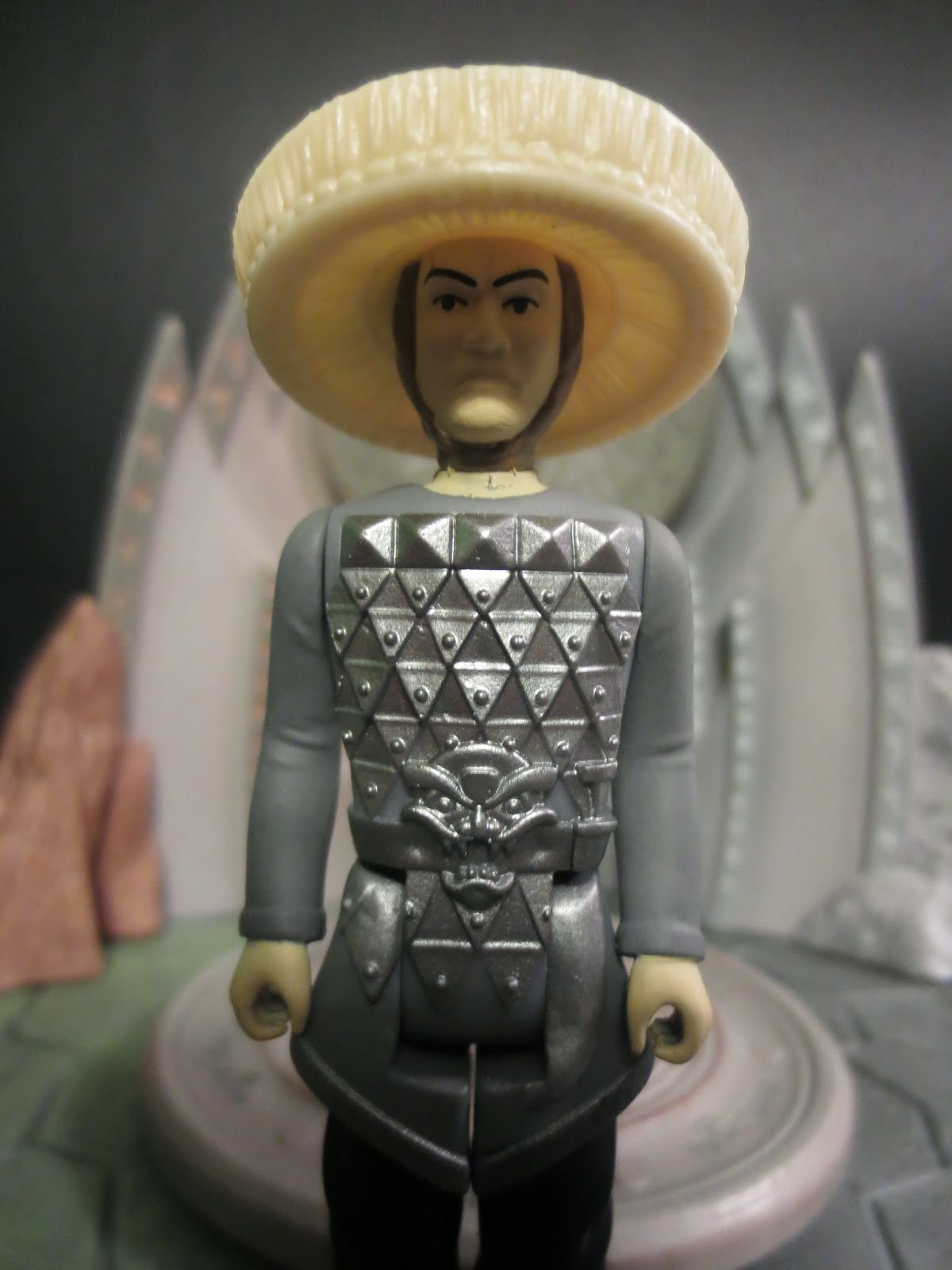 *The sculpting is excellent! There are some really sharp little details all over Lightning, particularly on his scaled armor, the monstrous belt buckle, and the work on his unique traditional styled straw hat. All three of the ReAction furies share the same hat piece, but they're really nicely sculpted. If you look at Lightning's hat in the film, sometimes it covers his face completely while other times it is pulled back some so that he can see normally. Funko went with the latter and, given the limitations of the line, I think it was the right call. Also, do you notice the kukri sculpted on his belt? I flipping love the kukri throwing scene when the Storms first arrive, so it's cool to see it present. 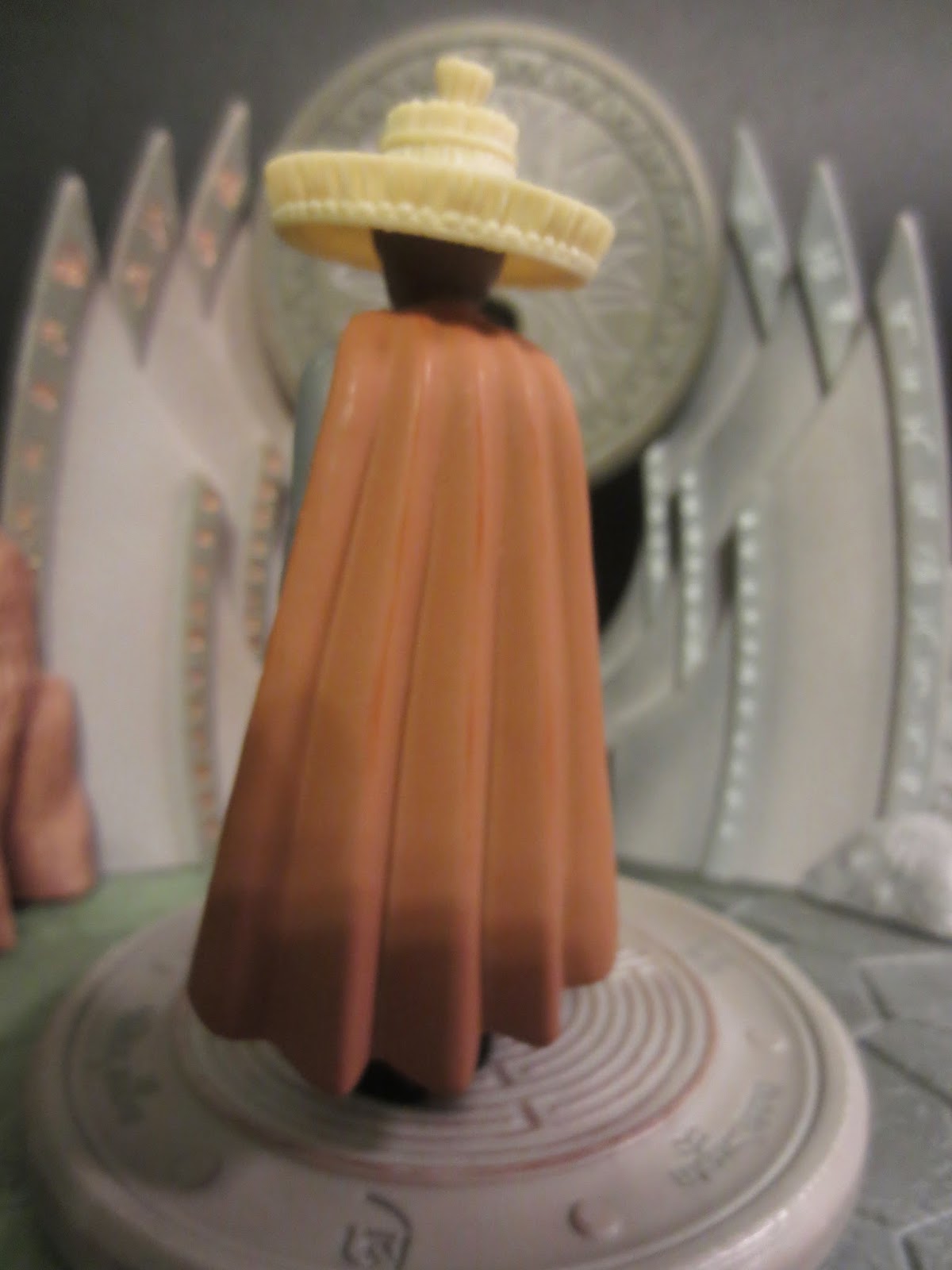 *The removable cape is a nice feature. It's rather sturdy (much better than a vinyl cape) and fits on tightly. Once again, it's shared with the other Storms, but that's not really a problem in this line. I like the color and the sculpted folds. 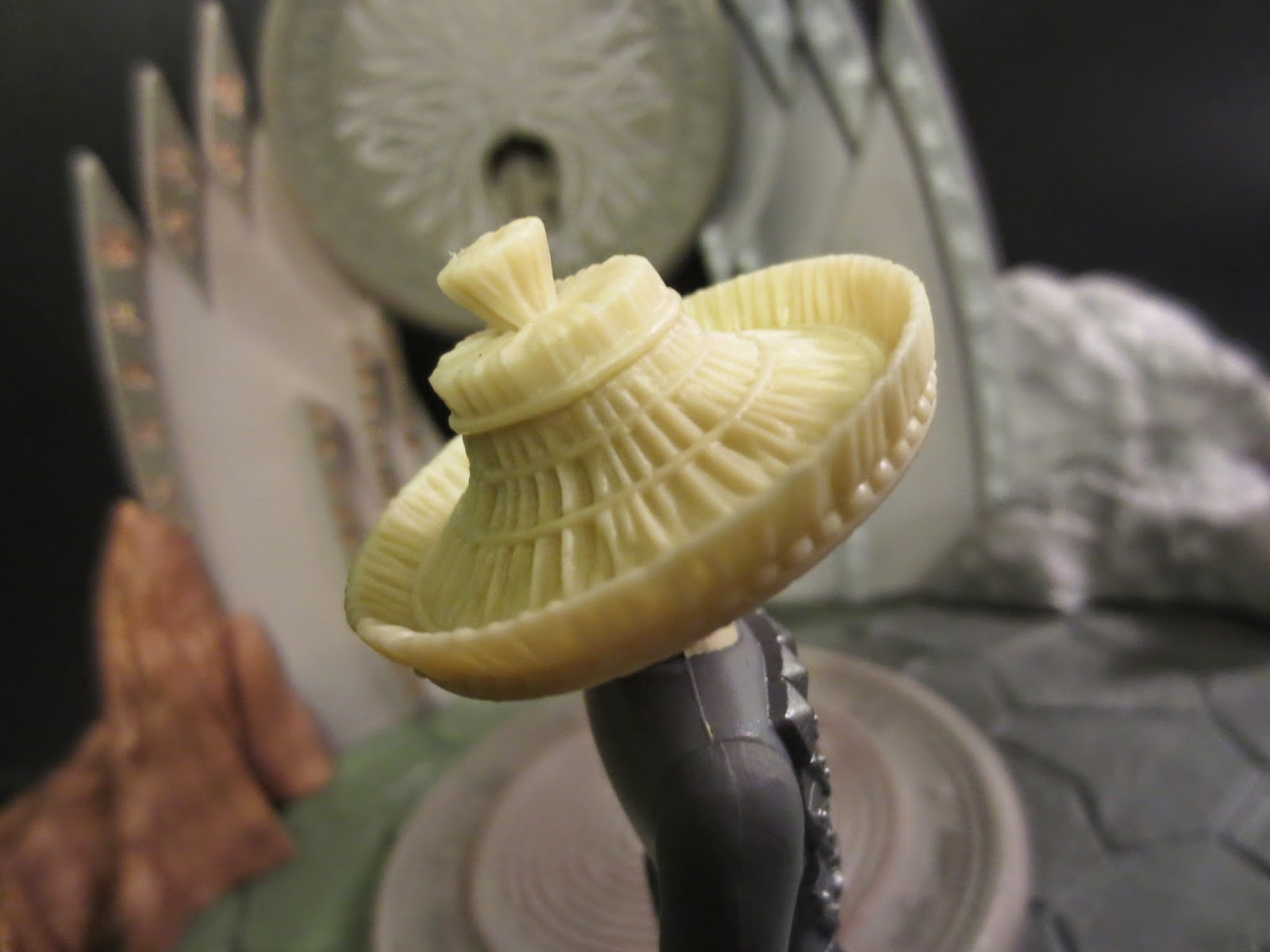 *The paint work is very, very clean. The armor and belt buckle have a great metallic finish while the pants and boots even have two different shades of black paint to differentiate them. The face is simple, but it works. 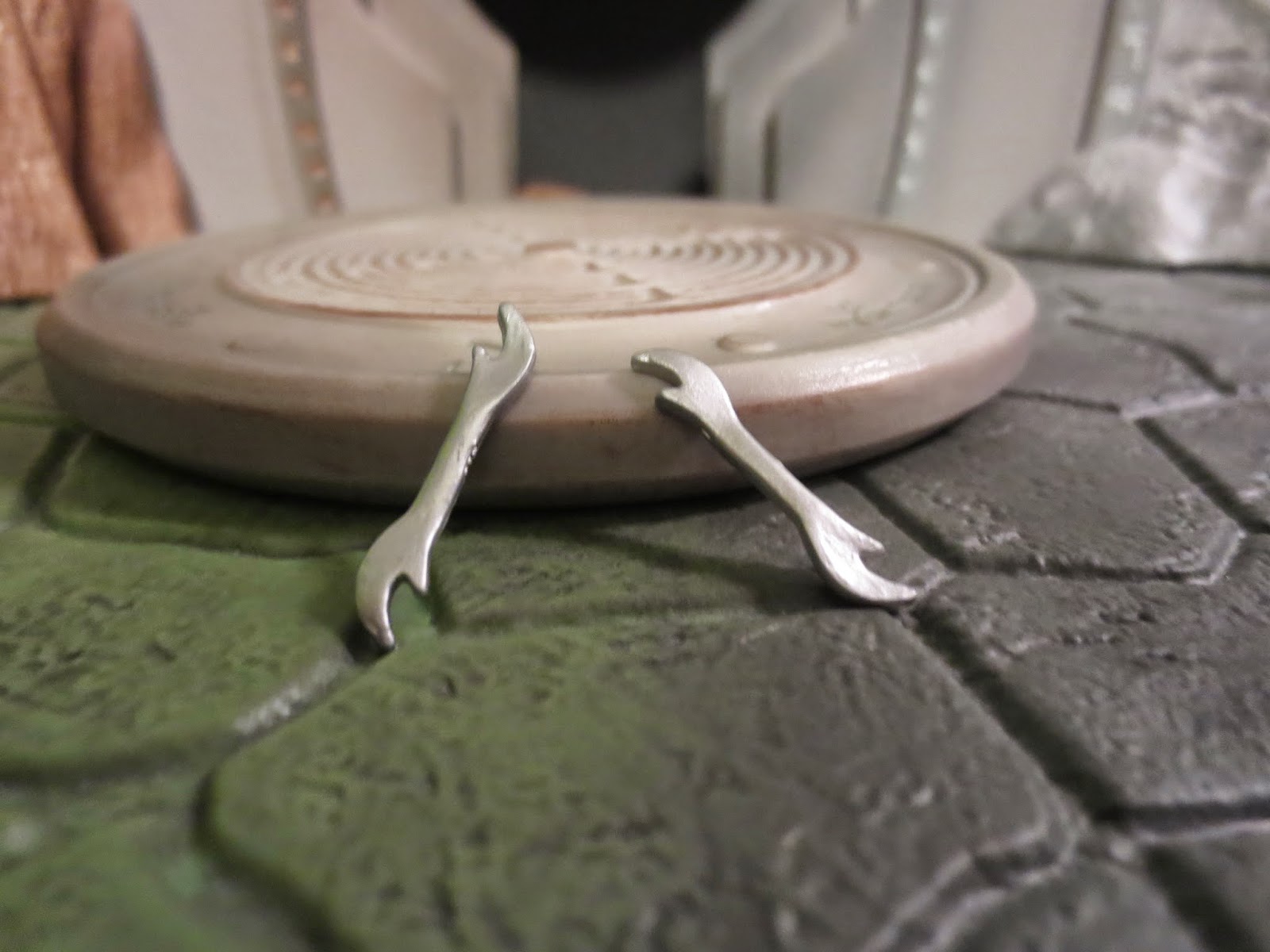 *I'm not quite sure that I think Funko pulled off the Emeici (Emei Daggers or Emei Piercers) that Lightning wields. These little spinning daggers only show up for a few seconds in the film but they're highly memorable and just plain cool. Technically they would be attached to rings and could be spun around while the ring was worn on a finger. For the toy, though, they're simple dagger like accessories that Lightning can simply hold vertically in his hands. They look OK, but I do believe Funko could have done something a bit more inspired to replicate them while keeping the vintage aesthetic. Perhaps if his wrists had been turned sideways or if he had flat palms that the Emeici slipped over? Those both might have felt more inspired. 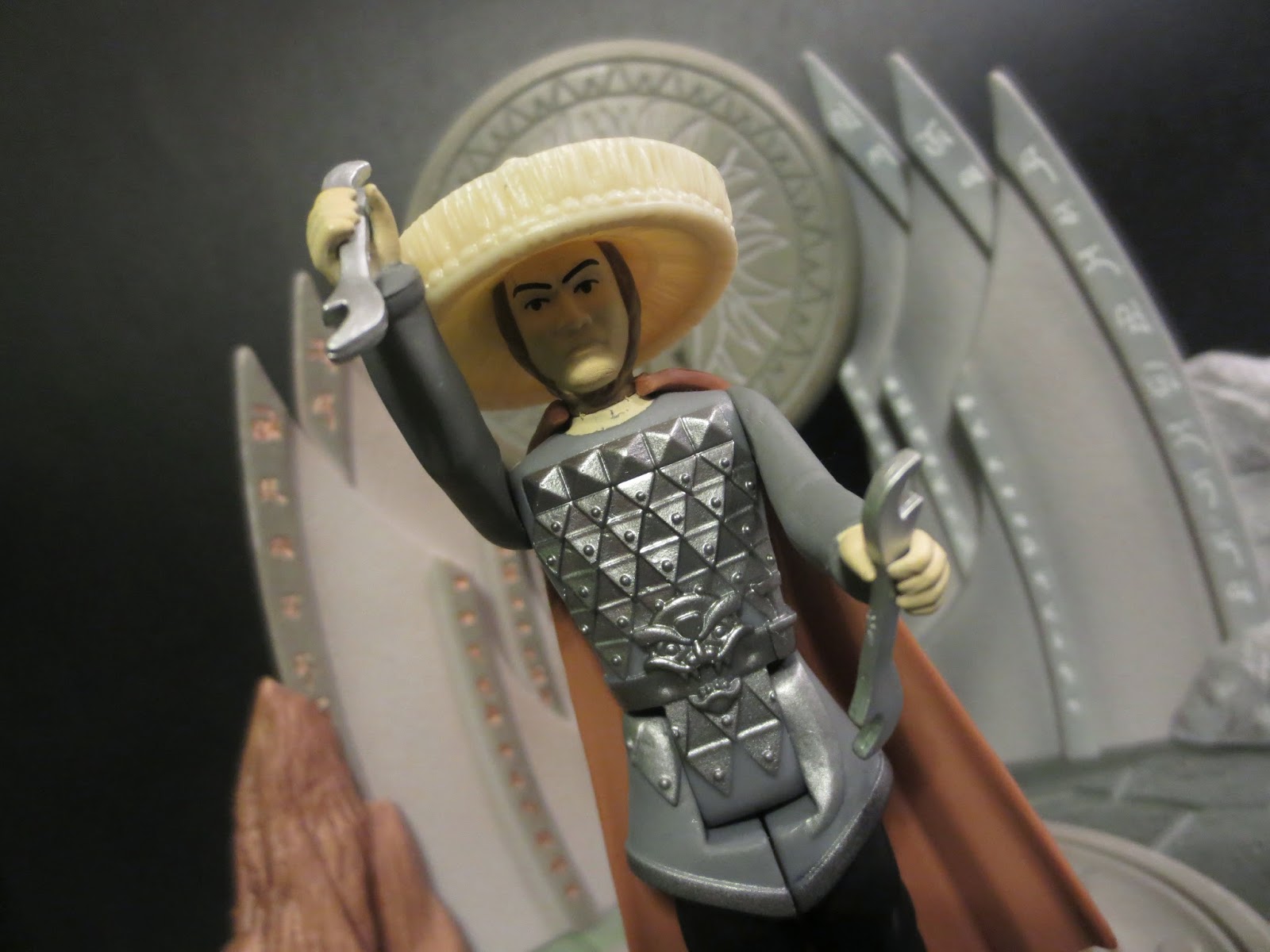 Lightning is another hit in m book. I love, love, love the Three Storms and it's pretty neat that we get all three of them in the first series of figures. For most people with a more passing familiarity with BTILC, these guys are probably the most memorable characters from the film. When N2 toys released their Big Trouble in Little China figures back in 2002 Lightning was the only one of the Storms to make it out (the other two were slated for the second series that never came). For BTILC fans, then, this is the first chance to get these guys as a group. I'm sure it was probably a tough decision for Funko to decide whether to include major protagonists like Egg Shen and Wang Chi in the first series or tackle the Storms. In the end we got the Storms, though, and it is nice to see them. Lightning is an excellent retro styled figure and, other than his weak weapons, he's one of the nicest ReActions we've seen. I'm giving him a Great and a 1/2.

I've reviewed Jack Burton, Lo Pan, and Gracie Law from this line as well as quite a few other ReAction figures, including: