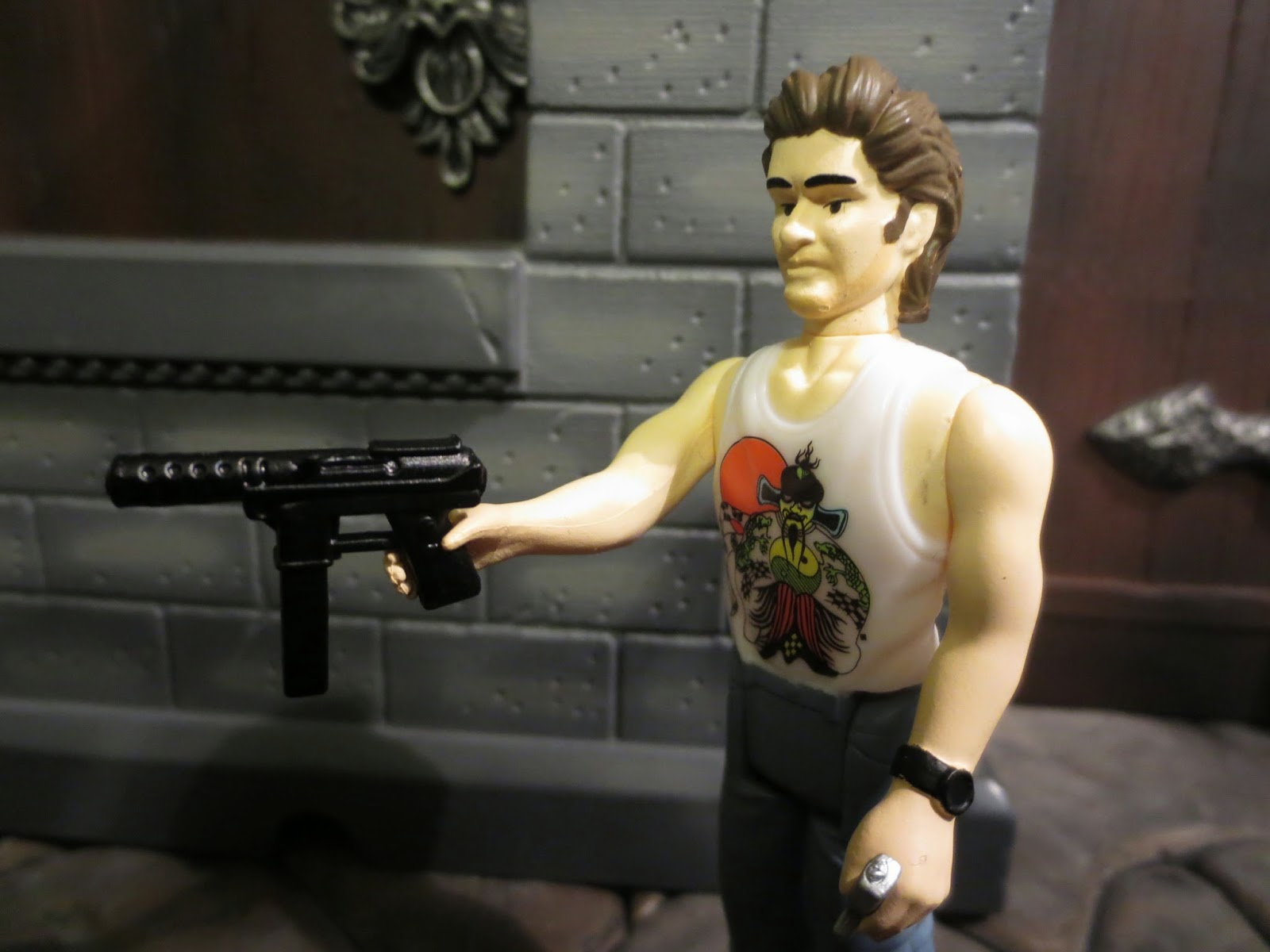 "Just remember what old Jack Burton does when the earth quakes, the poison arrows fall from the sky, and the pillars of Heaven shake. Yeah, Jack Burton just looks that big old storm right in the eye and says "Give me your best shot. I can take it."


Big Trouble in Little China is one of the greatest films ever made. Fact. Maybe it's due to the amazing sets and great martial arts action scenes. Maybe it's due to John Carpenter's excellent soundtrack and the colorful, Hong Kong inspired sets. Maybe it's due to the amazing cast and snappy dialogue. Or maybe, just maybe, it's due to the presence of Kurt Russell as Jack Burton. Jack Burton is one of the most unique and entertaining characters in any film; for my money, this is without a doubt Kurt Russell's best performance. While Burton is technically the main character in an action movie, he really plays the part of the sidekick more than being the hero. Sure, Jack's got more personality and more bravado, but he also proves to be incompetent a few times. Not all the time (he does have some excellent reflexes), but Dennis Dun's Wang Chi is more of the hero in the traditional sense. Anyways, consider me a Big Trouble in Little China, a Jack Burton devotee, and a collector who has anxiously awaiting some new action figures from this film. Back in 2002 N2 toys released a series of action figures from the film but they proved to be incredibly difficult to find. Miss Mermista from Diary of a Dorkette wrote up an overview of the series for me back during my days at The Epic Review, but that's all that has ever been released. While I've always hoped that NECA would pick up the license I was thrilled to hear that Funko was releasing ReAction figures of Jack Burton and some of the crew. Today I'm looking at the first of six figures in the series: Jack Burton. "Sit tight, hold the fort, keep the home fires burning. And if we're not back by dawn...call the president." Also, join me after the break... 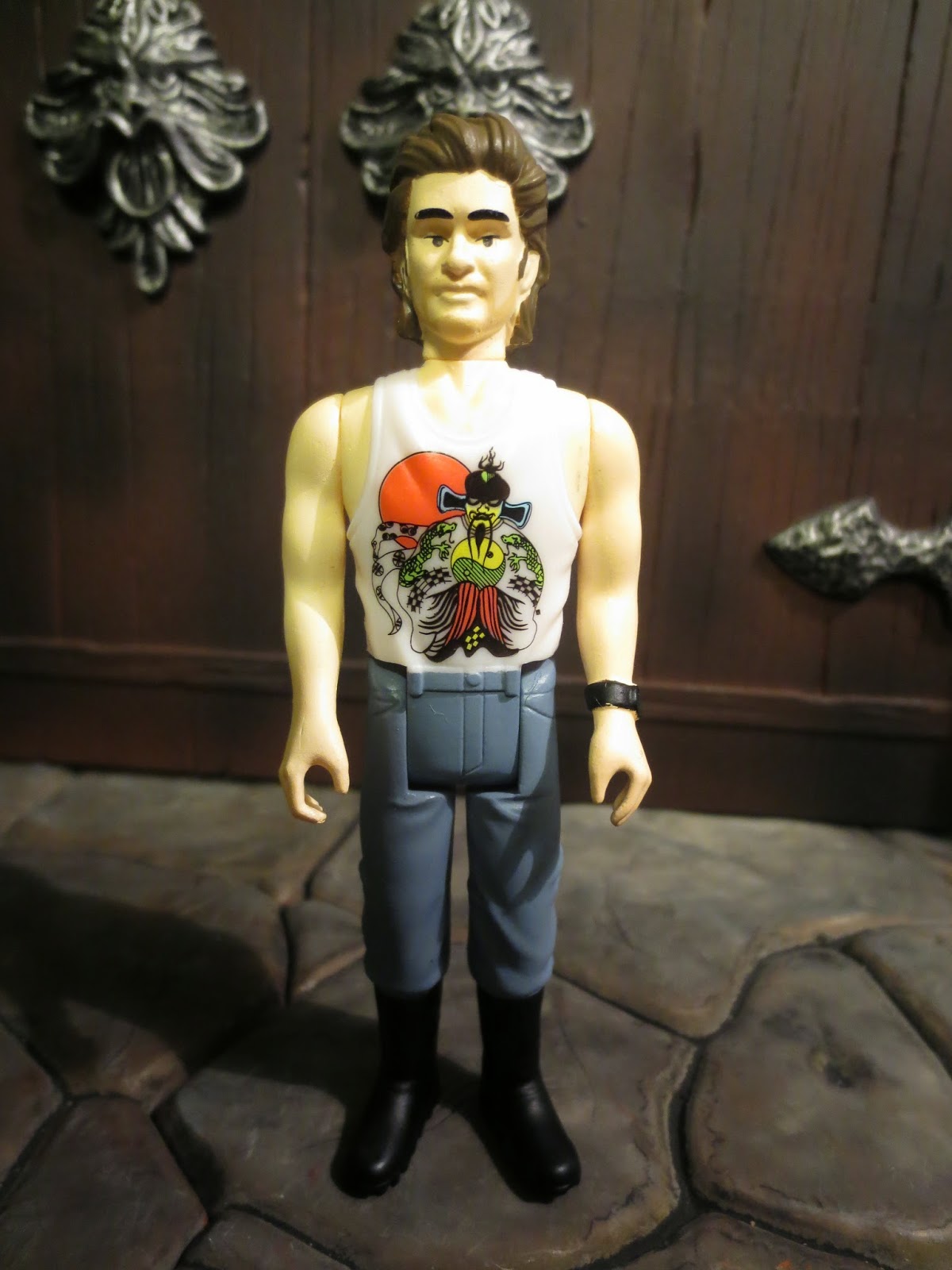 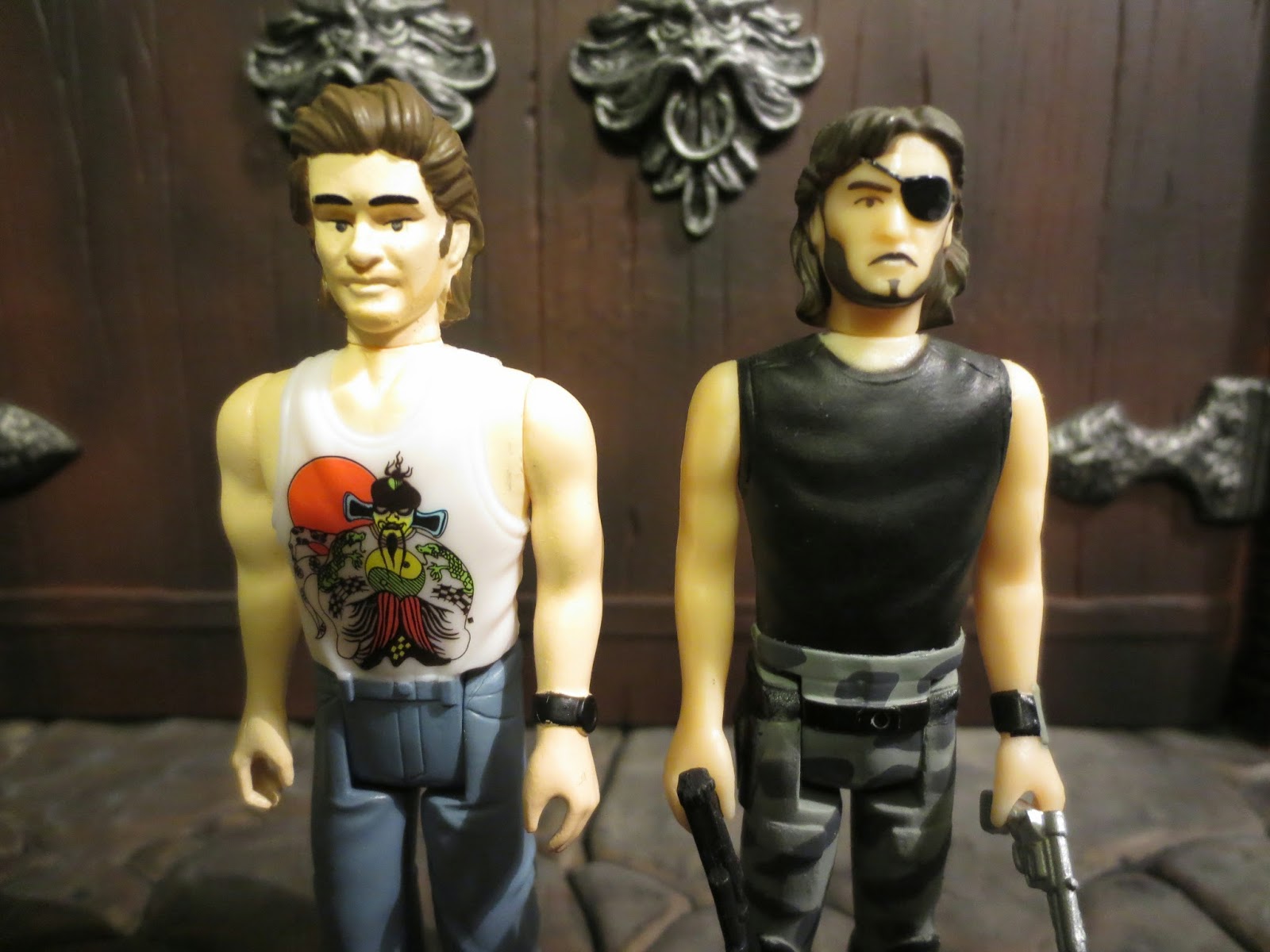 *Back in my review of the Gimp from the ReAction Pulp Fiction line I said, "Funko's ReAction figures excel when they're doing one of two things: Releasing figures that feel like they should have been actual toys released in the late 70s/ early 80s or releasing toys that are absolutely inappropriate for a children's toyline in that fun, playful, 'collect them all' Kenner style." The Big Trouble in Little China line definitely falls under that first category: It absolutely should have existed as a toyline in some form back in 1986. The look of the characters and the style of the art on the blister cards definitely illicit the faux nostalgia this line aims to kindle. 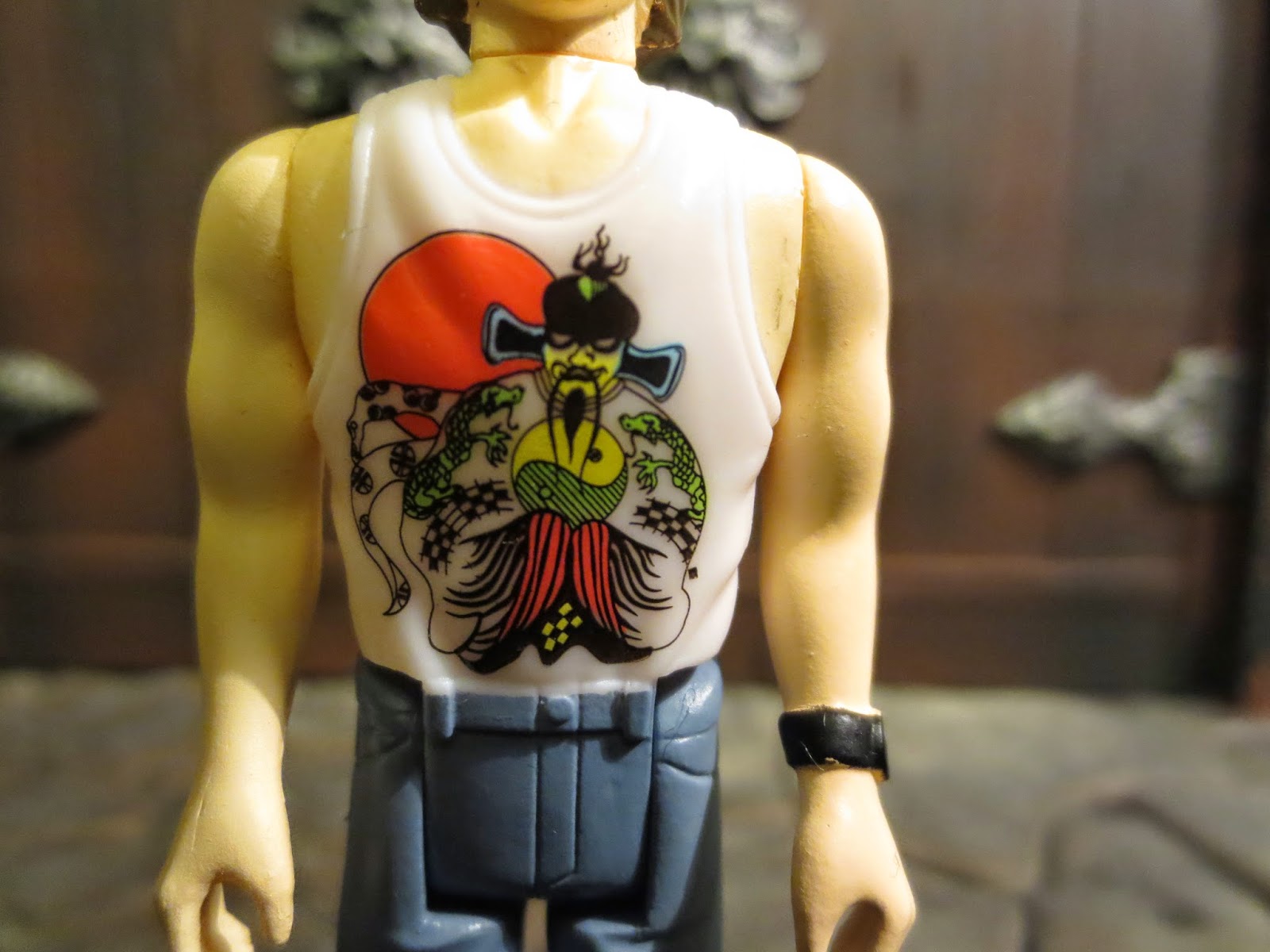 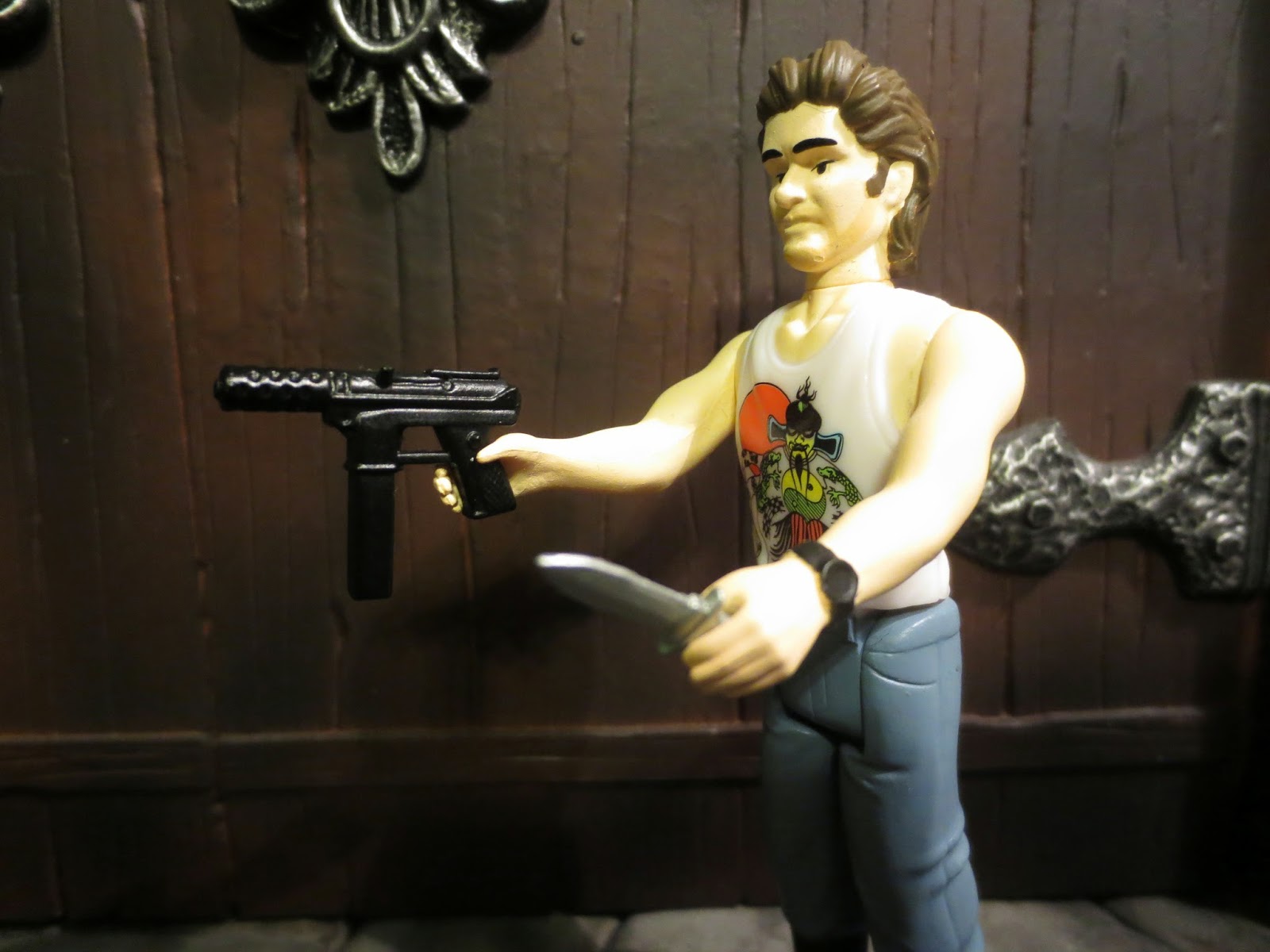 *Funko has really been improving the accessories that come with the ReAction figures and Jack comes with both weapons you would want: His TEC-9 pistol and the Gerber TAC knife he stores in his boot. Both accessories are molded in appropriate colors (black for the pistol and silver for the knife) and feature some nice, intricate detailing. Both of these accessories are really well done and wouldn't look out of place with modern G.I. Joe figures. 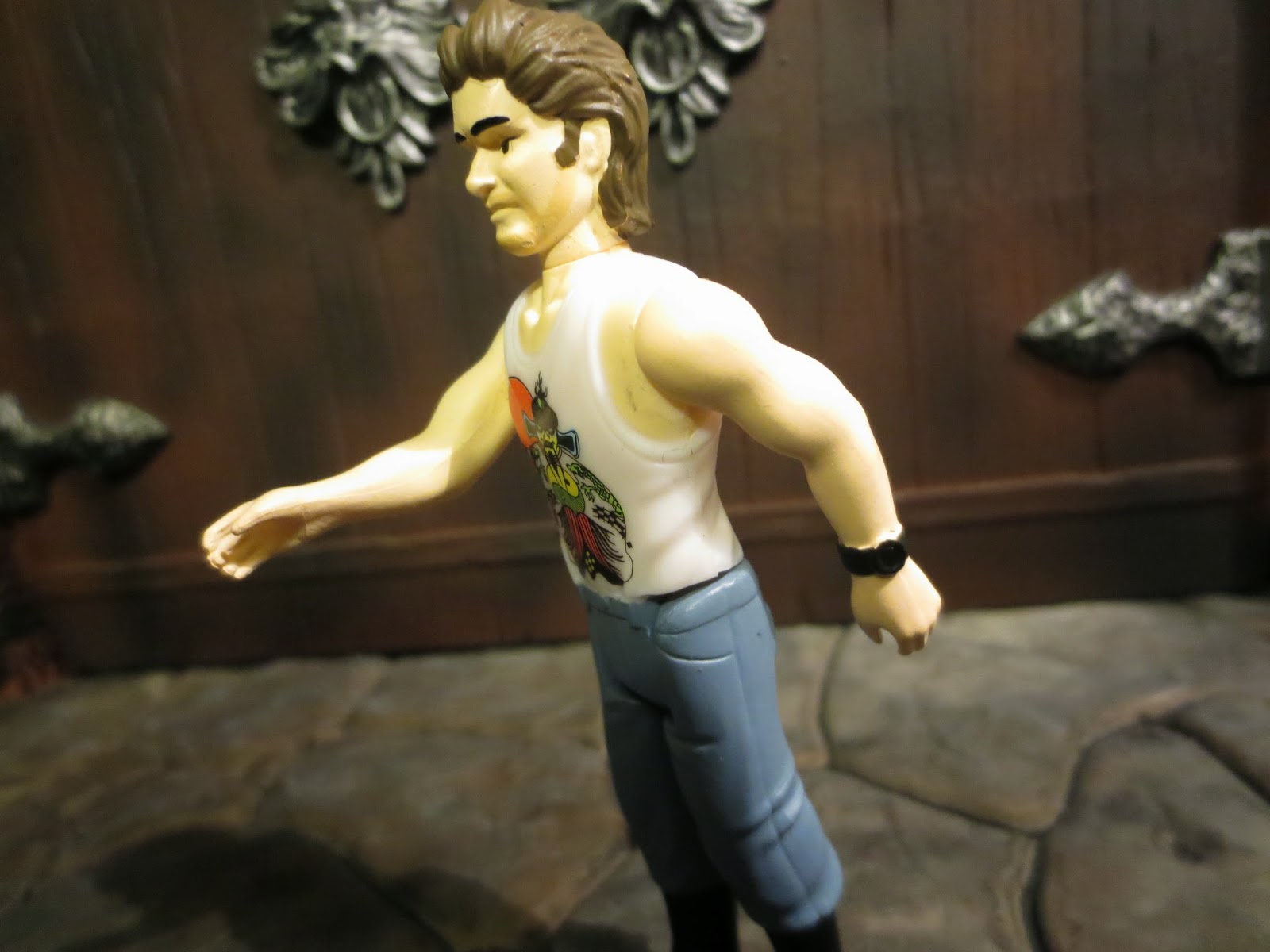 *Jack feels like he's made of a harder plastic than some of the previous ReAction figures. The quality feels better on these new figures and I have no concerns about the articulation. 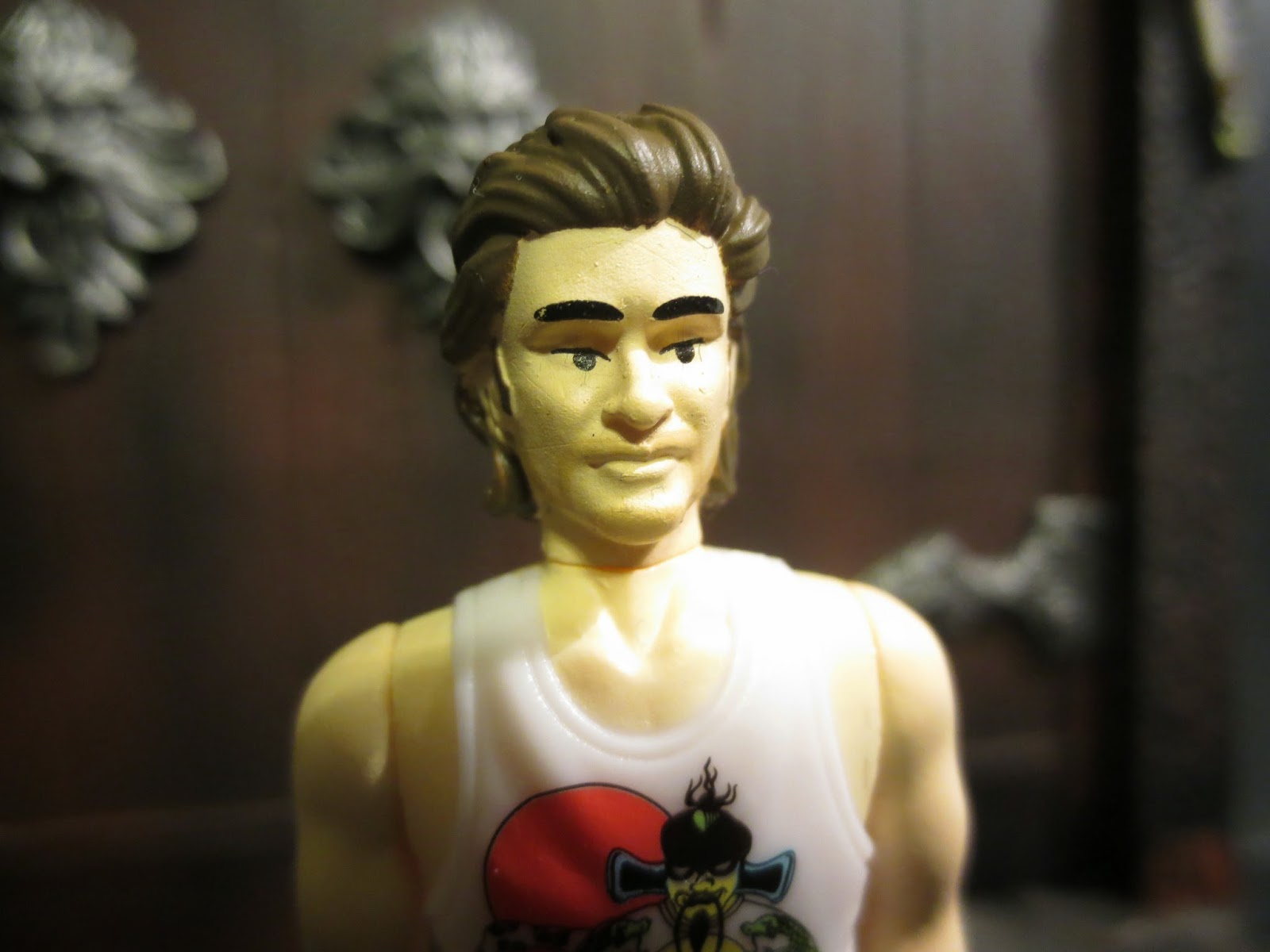 *Well, here's the big one: I'm not sure about the headsculpt. I know that ReAction figures are kind of intentionally "off the mark" when it comes to actor likeness, but something about this one is tough for me to get behind. Personally, I think he looks more like Jamie Lannister than Kurt Russel as Jack Burton. The hair is good but the face just doesn't do it for me. 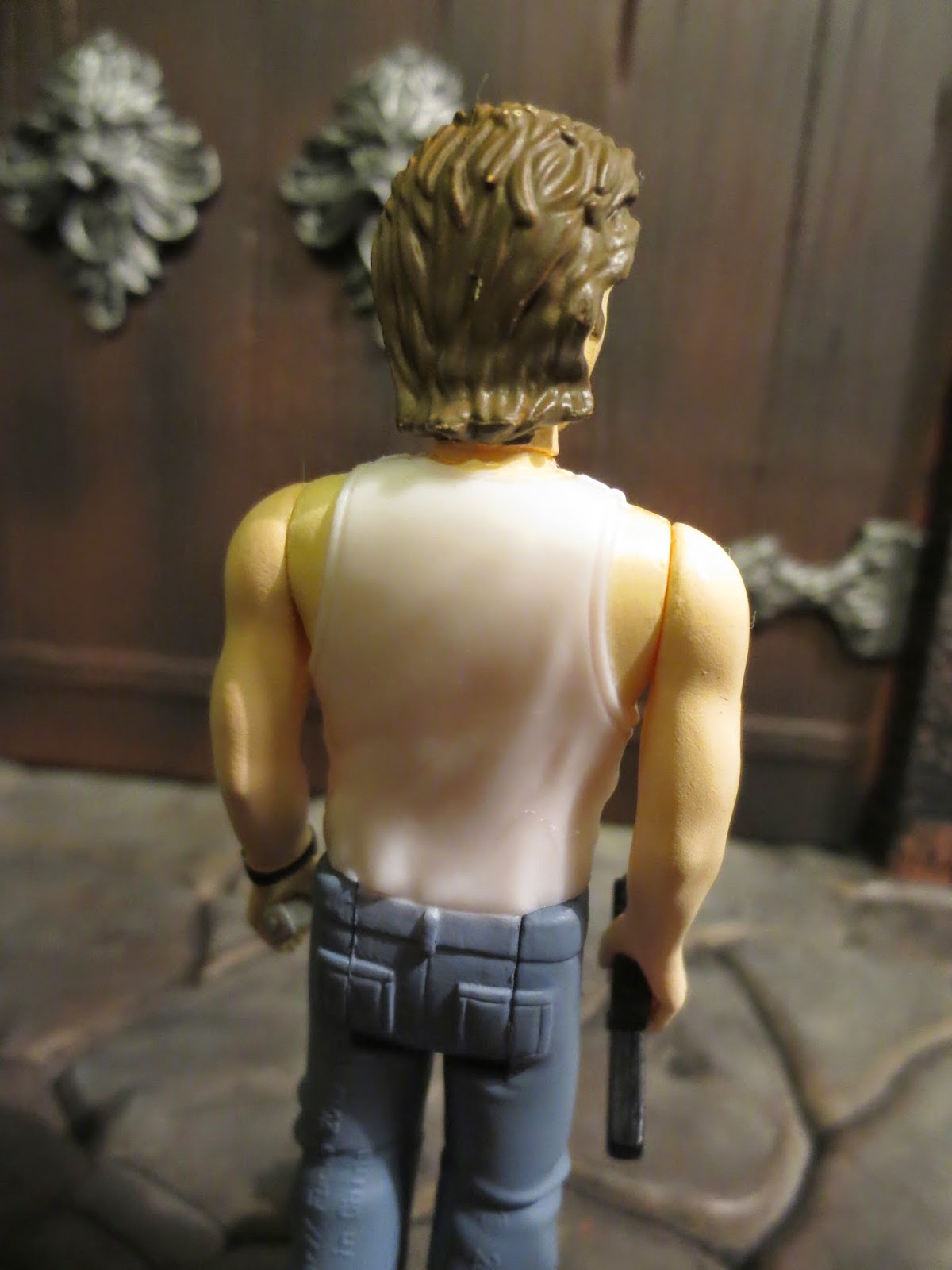 *Jack has some odd paint mismatching between the skin on his arms and torso. It's not terrible, but I noticed it. There are one or two weird spots where the paint isn't fully there or the darker plastic underneath shows through a bit too heavily. I think it's tough to see in pictures, but you'll notice it in person. While I'm pretty excited to have a Jack Burton figure, I still have some nitpicks with the figure. There's some solid work here, particularly on the hair, t-shirt, and accessories, but the headsculpt just isn't setting right with me. Still, the figure isn't terrible and fits in well beside other ReAction figures. In the end, I'm giving Jack a Good and a 1/2. He could be better, but he's not bad. He might be the weakest figure in this line, though, which is actually a testament to how strong the other figures are. I'll be covering them in the days to come, so stay tuned! 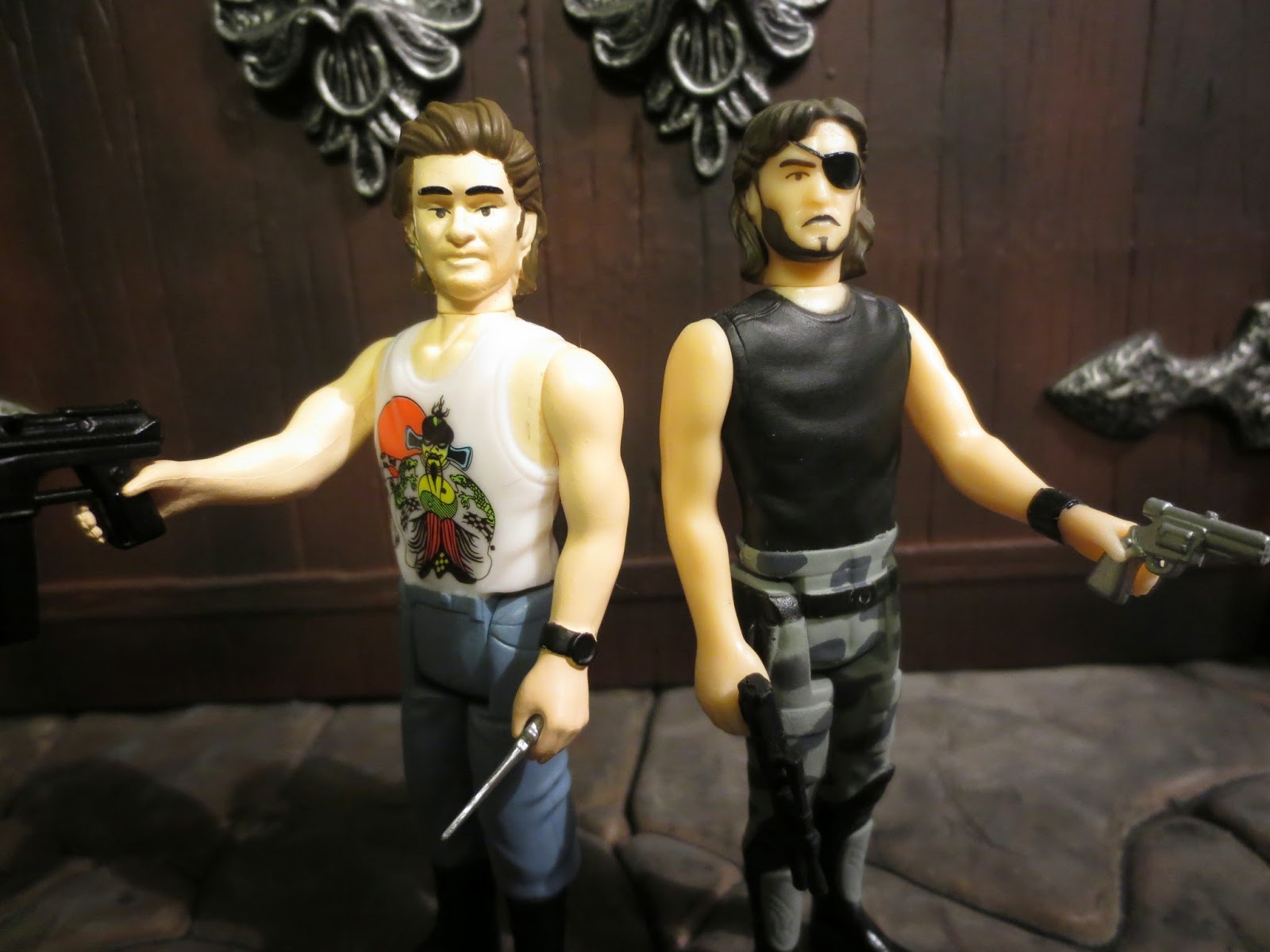 I've reviewed quite a few other ReAction figures, including:
Alien ReAction by Funko
Alien (with Metallic Flesh)
Kane (with Chestburster)