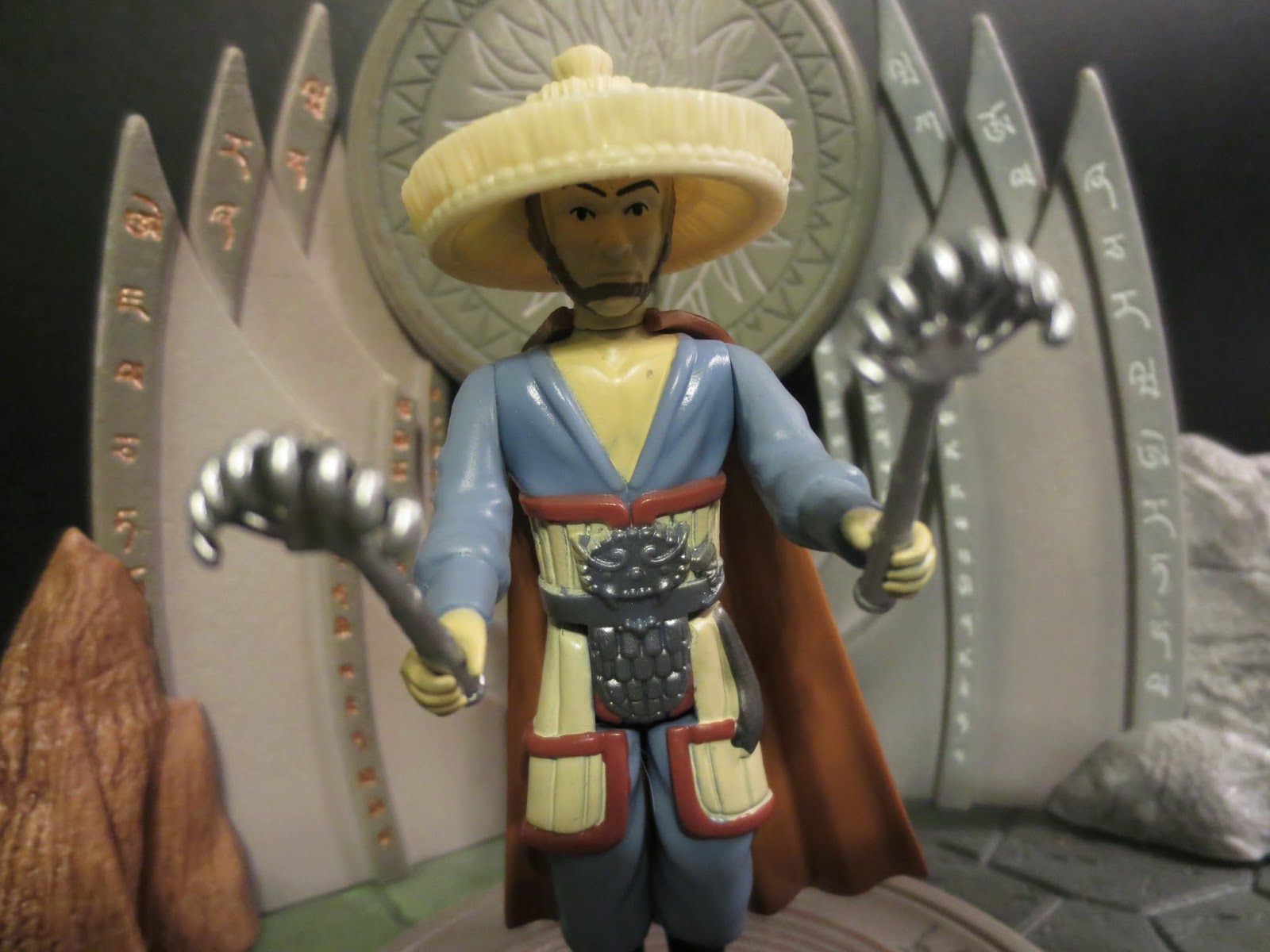 Ready for another Big Trouble in Little China ReAction review? I hope you are because today I'm hitting up the second of the Three Storms: Rain. Played by Peter Kwong, Rain is the Storm best known for his awesome long hair, his crazy back scratcher like weapons, and for having pretty much the best facial expression ever. Even though he gets killed by Wang Chi in a sword fight, Rain still has a pretty good run in the film. He's also never been offered in action figure form before this release. Rain was slated to appear in the second series of N2 toys' now crazy expensive 2002 Big Trouble in Little China action figure line but, unfortunately, that second series never happened. Ready for a look at Rain in the faux-vintage ReAction line? Then join me after the break... 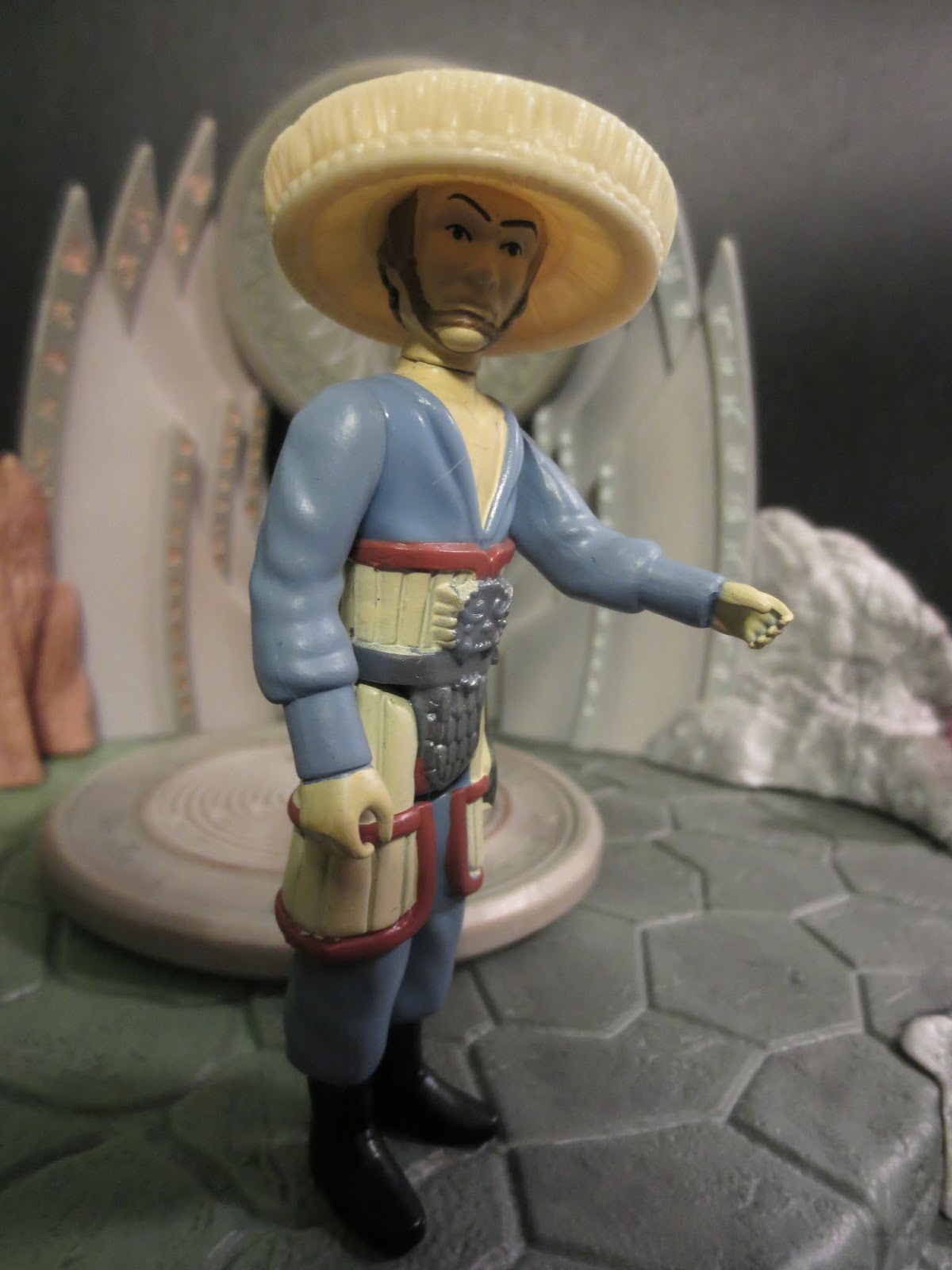 *If you've been reading my reviews of these figures, you'll know that the quality of the Big Trouble in Little China ReAction figures greatly surpasses many of the ReAction figures from last year. The figures feel more solid and durable with crisper, sturdier articulation. The presentation on each of these figures is just really nice and definitely mixes the retro style with modern craftsmanship. 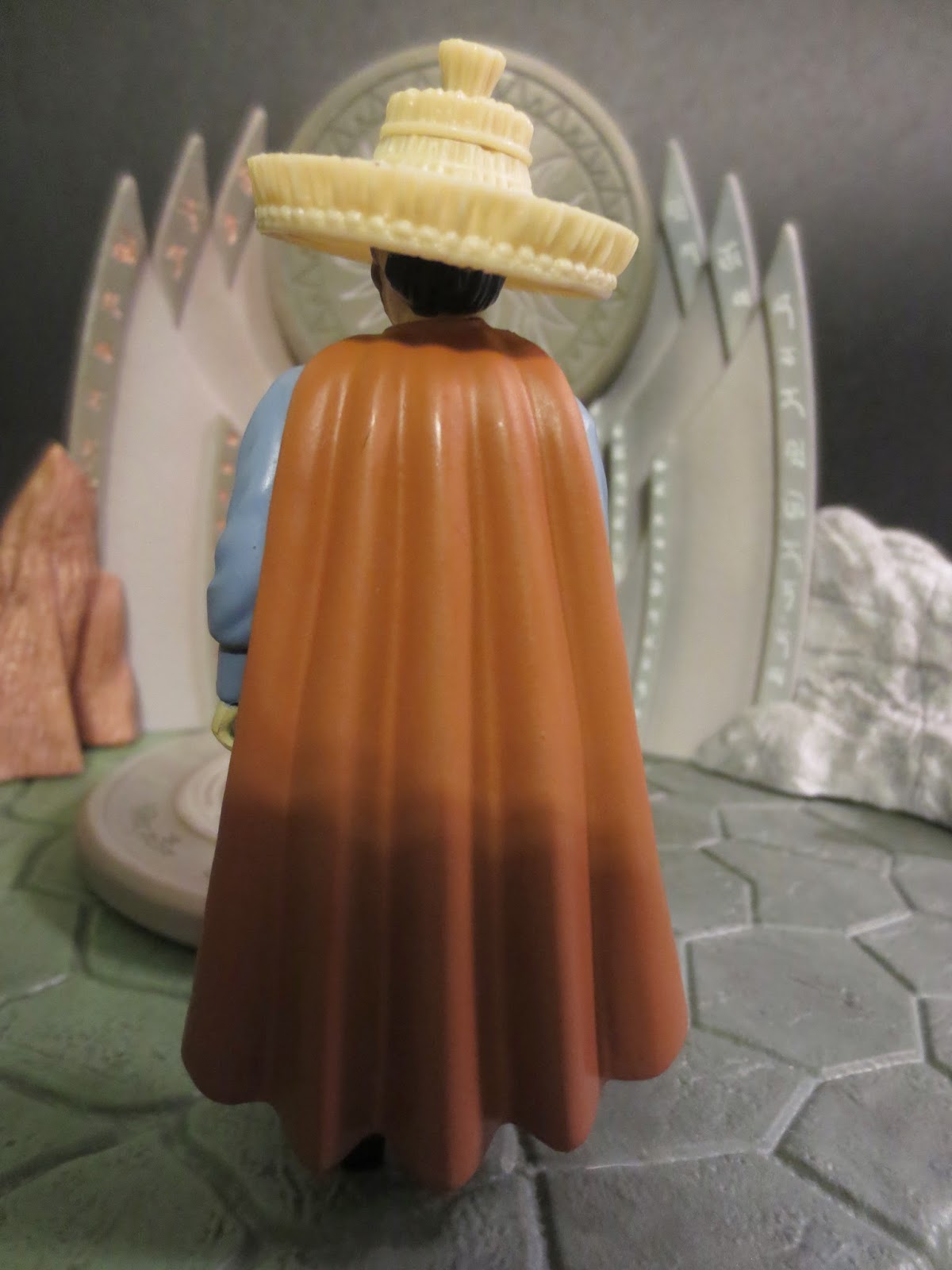 * Funko has definitely improved on the sculpting and detail work with the BTiLC figures. While some of the early figures in the ReAction brand felt like 1978 Kenner figures, these feel like they could have been part of the 1985 Star Wars line. Flourishes like Rain's belt buckle, the padding on the kusazri draped around his waist, and the kukri on his left hip nicely some interesting visual touches to the sculpt. The removable cape is also welcome. I know that retro 1/18th scale figures typically had vinyl or cloth capes and stuff but I think the solid plastic just looks better. 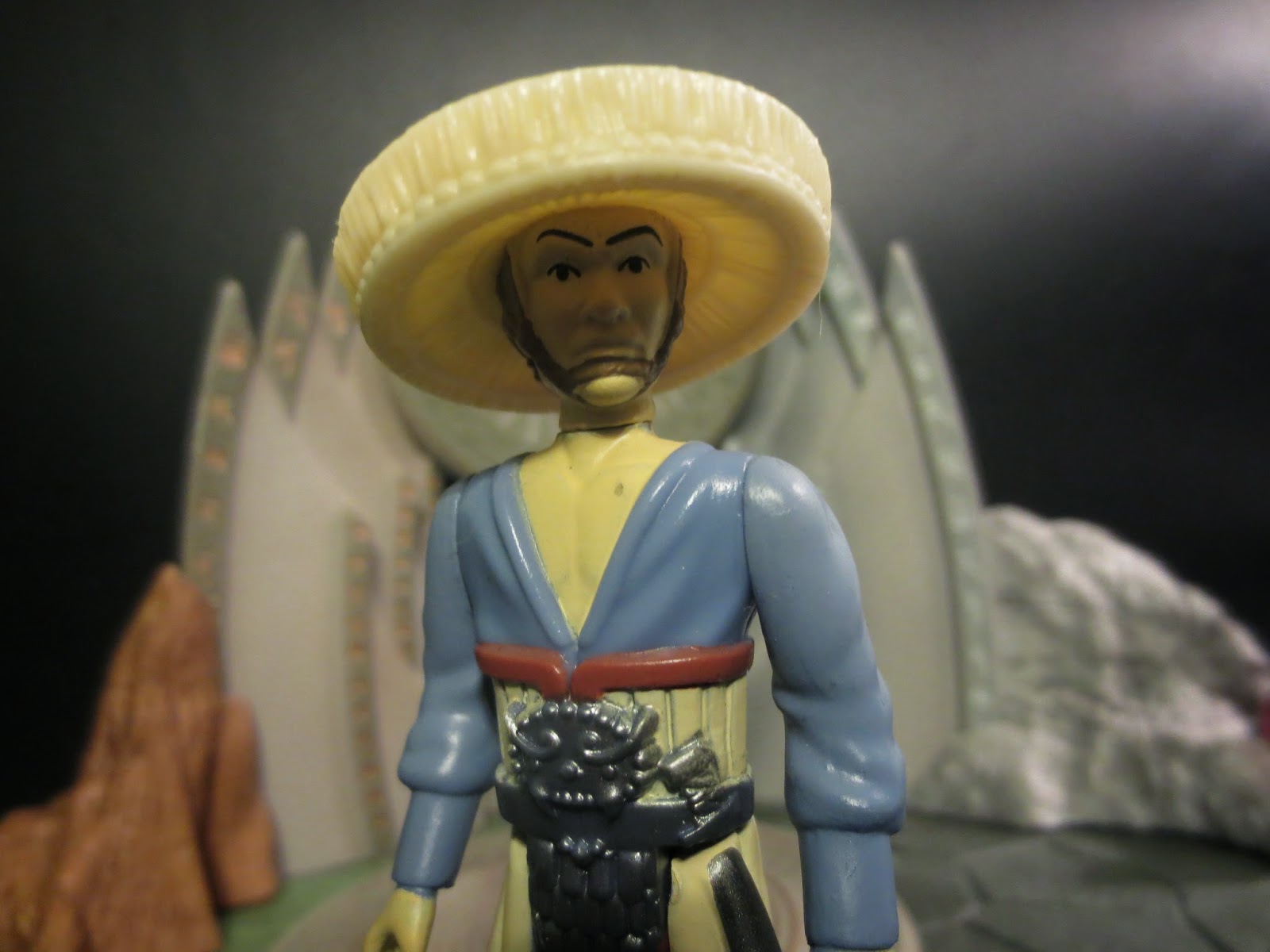 *While these aren't sculpts that really attempt to nail an actor's likeness, Rain does look noticeably different from Thunder and Lightning. I wish they'd tried to replicate this expression a bit more, but overall I like him. The distinctive hat is shared with the other Storms but it still looks great. 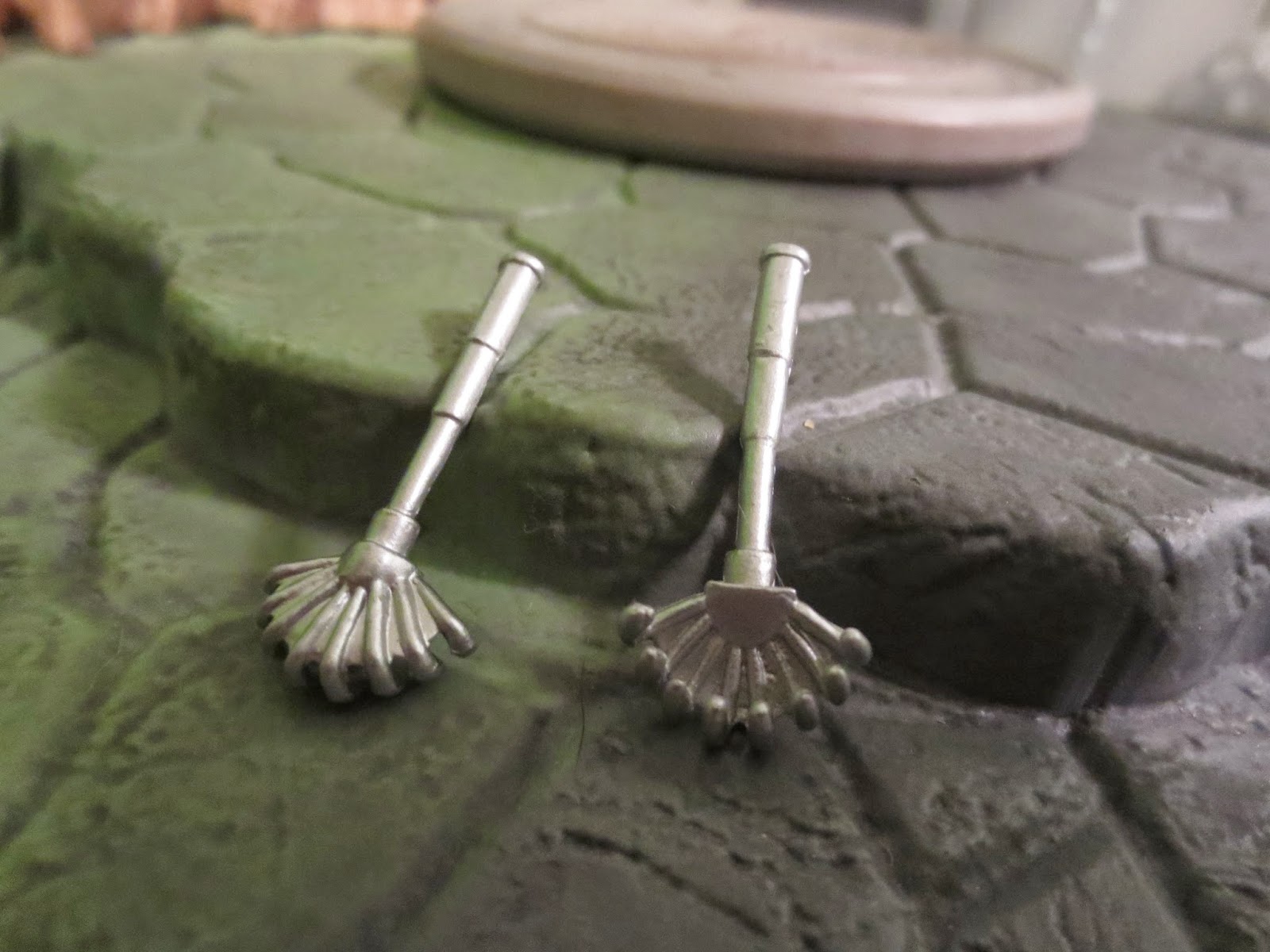 *Rain's zhua, also known as the back-scratchers of death, are just too cool. A zhua was wielded by Sun Tzu (author of The Art of War) and were used to remove shields from enemies, remove enemies from horses, and remove skin, bone, and other stuff you need to live from the bodies of enemies. They're nasty and Rain comes with two of them. They look great and have some nice, sculpted claws on the end. 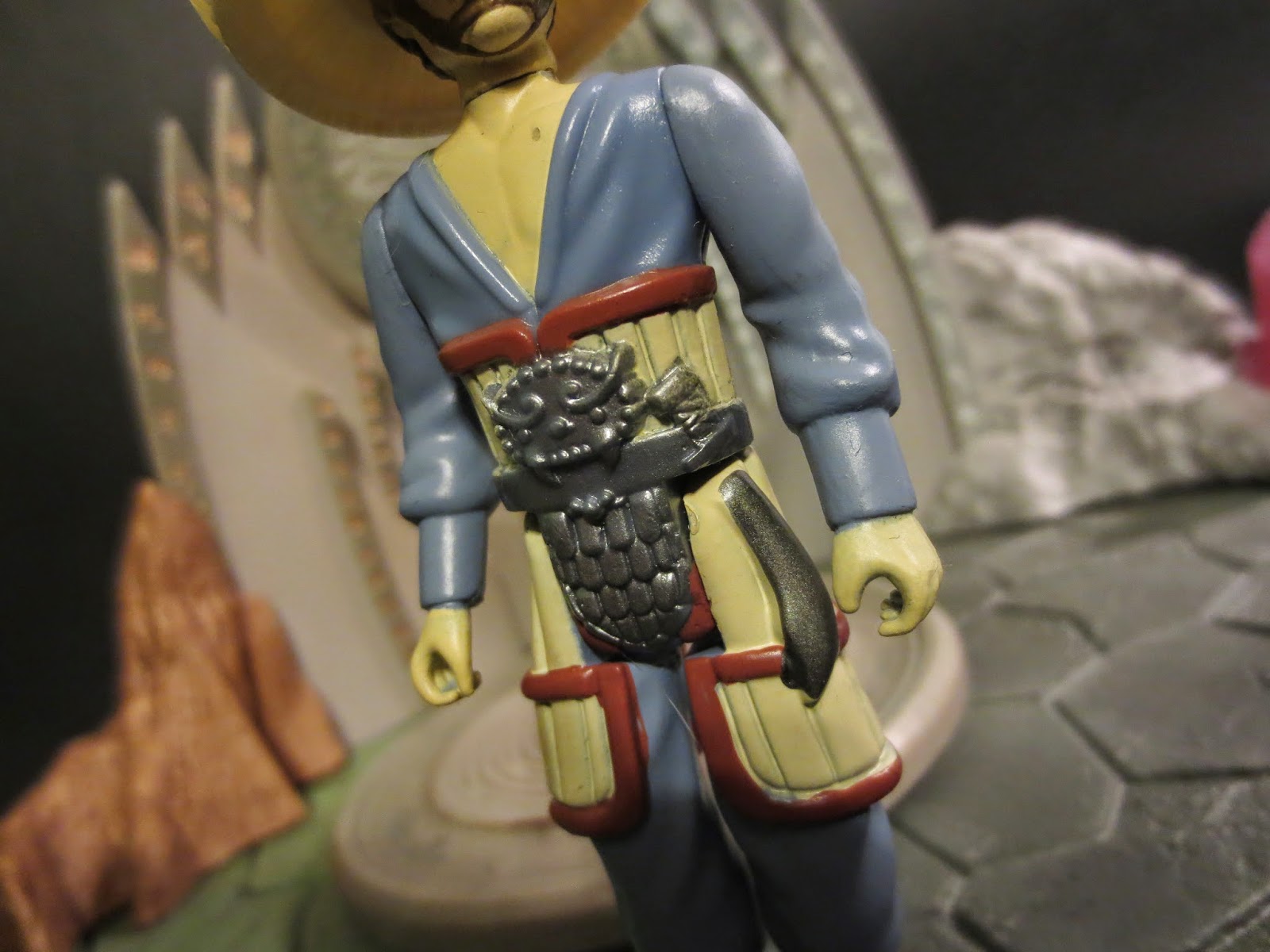 * While Rain has a more detailed paint job than many earlier ReAction figures, he does have a few spots of sloppy paint work. Overall the paintwork is pretty solid but there are some weird specks on his chest and a lack of paint coverage on the kukri sculpted on his left hip. If you can select these from off a shelf, you might get lucky and find one with better paint. 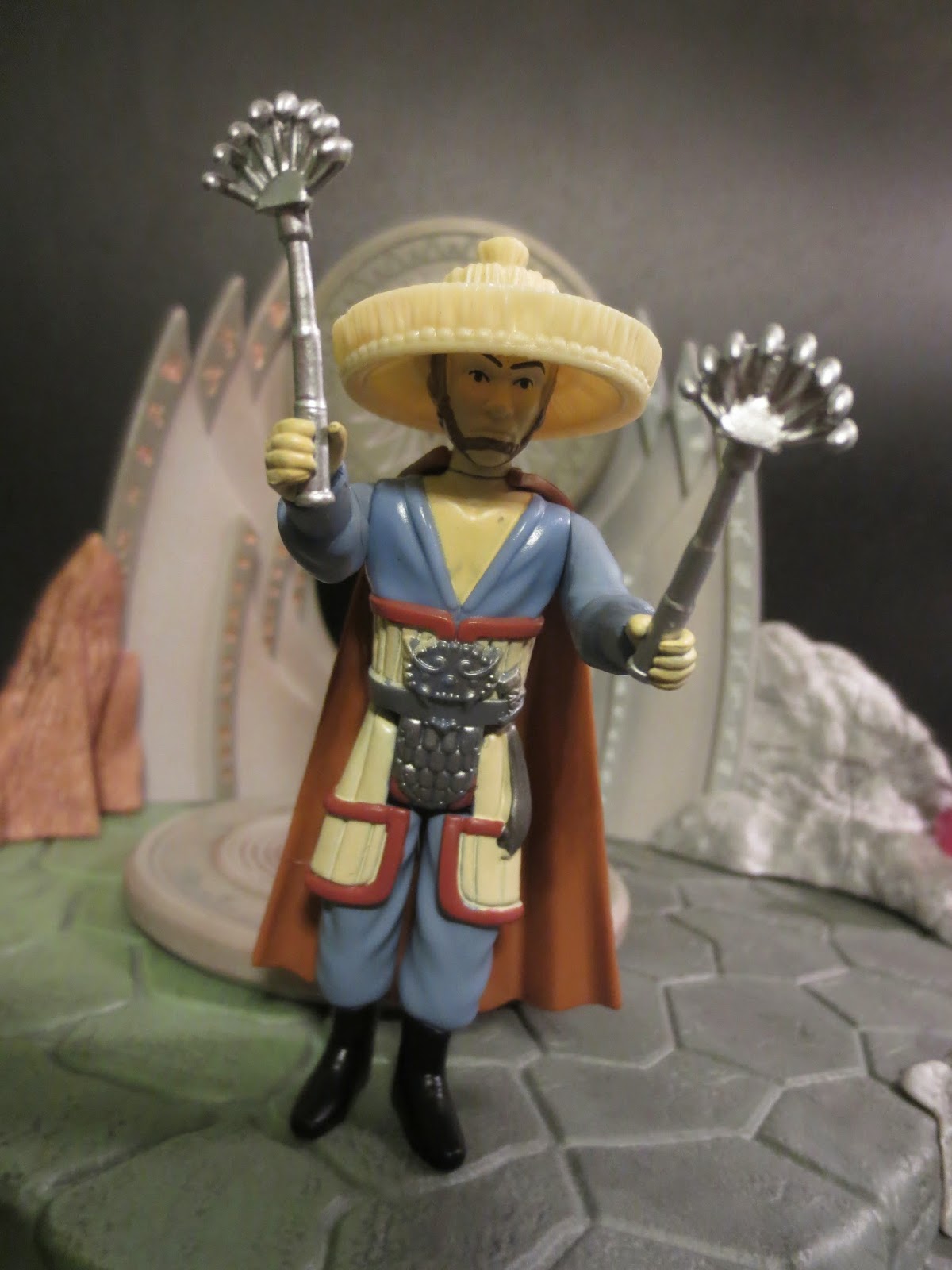 As I've said before regarding ReAction figures, your appreciation of these really depends on your affinity for the vintage style and your love for the property. If you're digging the faux-retro style, like me, and you love Big Trouble in Little China, you should be nuts about these guys. Even with the little paint hiccups on this guy, Rain is impressive. He's very impressive in fact. In the end, I think he gets a Great rating. It's such a neat feeling to finally be able to assemble the Three Storms as action figures and Funko did as nice of a job on these figures as they could considering the stylistic constraints/ aesthetics of this line. If you know what's in a six demon bag and haven't yet picked these up, I have to ask you: "Are you crazy? Is that your problem?"


I've also reviewed Jack Burton, Lo Pan, Lightning, and Gracie Law from this line as well as quite a few other ReAction figures, including: