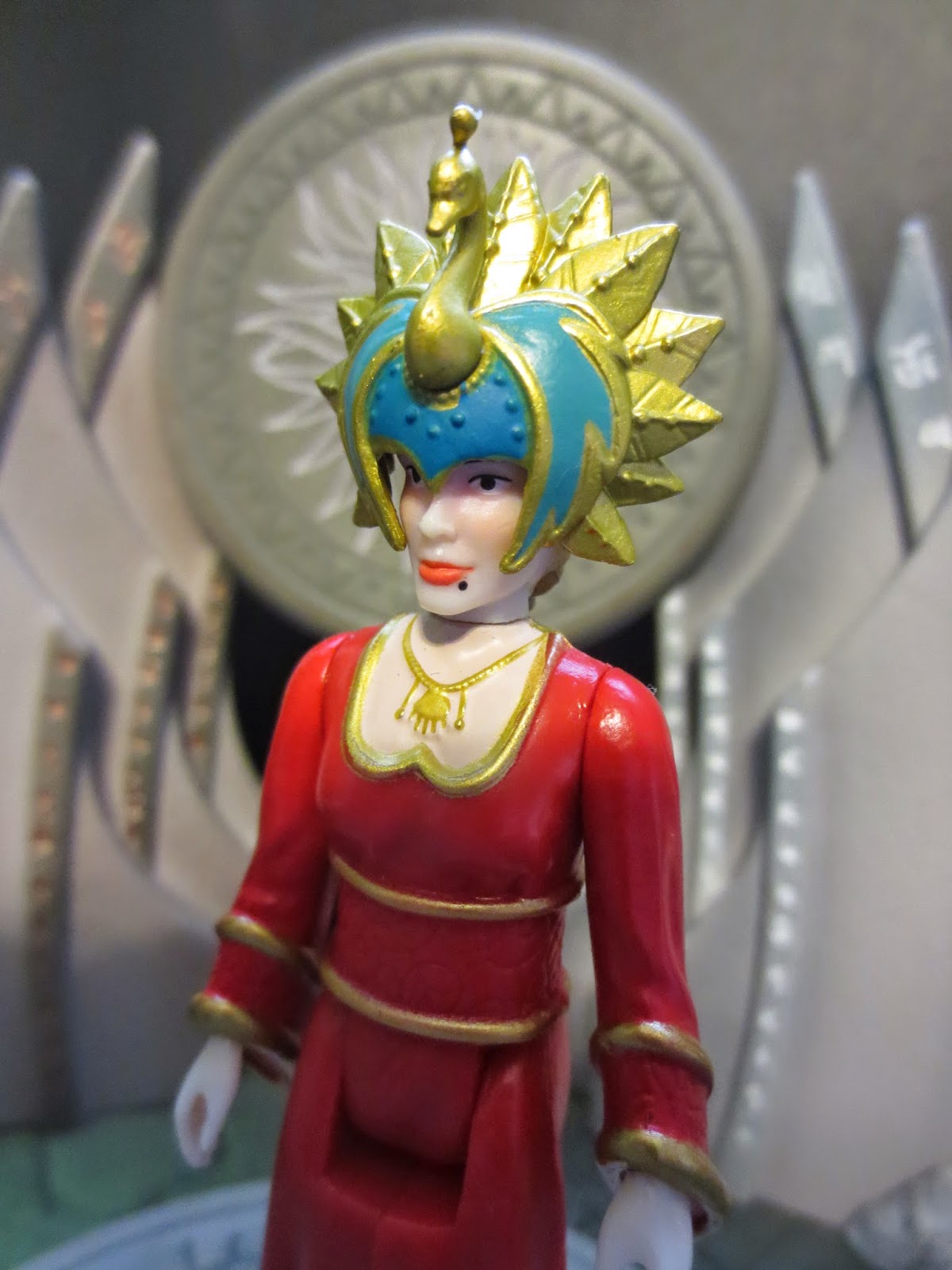 A few days ago I looked at Jack Burton from Funko's Big Trouble in Little China ReAction line and today I'm looking at another of the film's heroes: Gracie Law. Played by Kim Cattrall, Gracie Law is a lawyer and an activist who is independently working to rescue victims of human trafficking in Chinatown. While every character in the film adds something special to the mix, Gracie Law has some excellent, lightning fast and razor sharp dialogue that definitely complements Jack Burton's "speaking without thinking." While I'm a bit baffled as to why Funko didn't make this an eight figure series like many of their other lines (Egg Shen and Wang Chi are absolutely necessary- Wang's kind of the hero, after all) I'm glad Gracie Law made it into the first assortment of six figures. Funko opted to include Gracie in the wedding dress for her and Miao Yin's wedding. It's not what you'd call her "basic" look in the film, but it's probably the more exciting option. Ready for a look at Ms. Law? Then join me after the break... 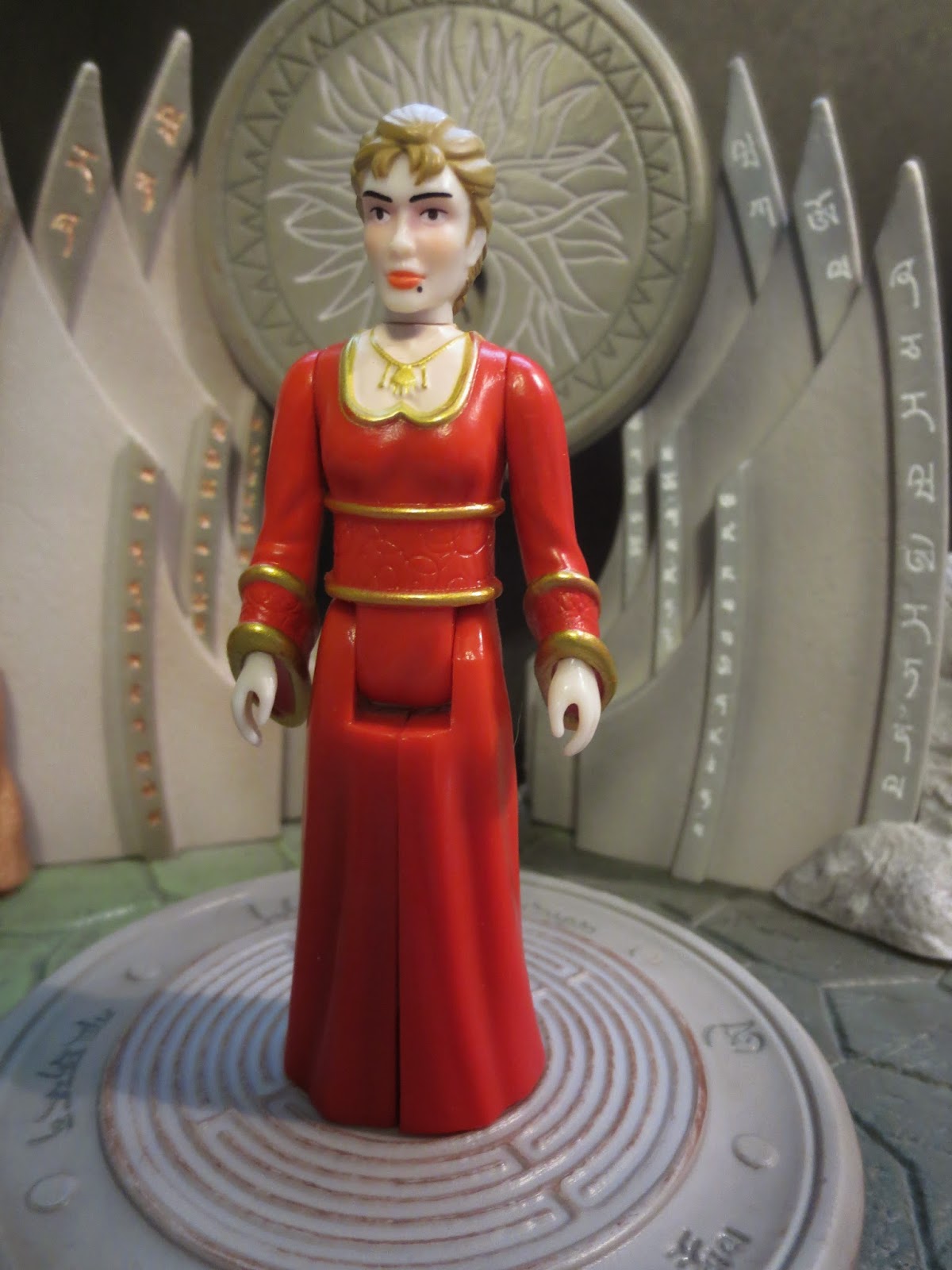 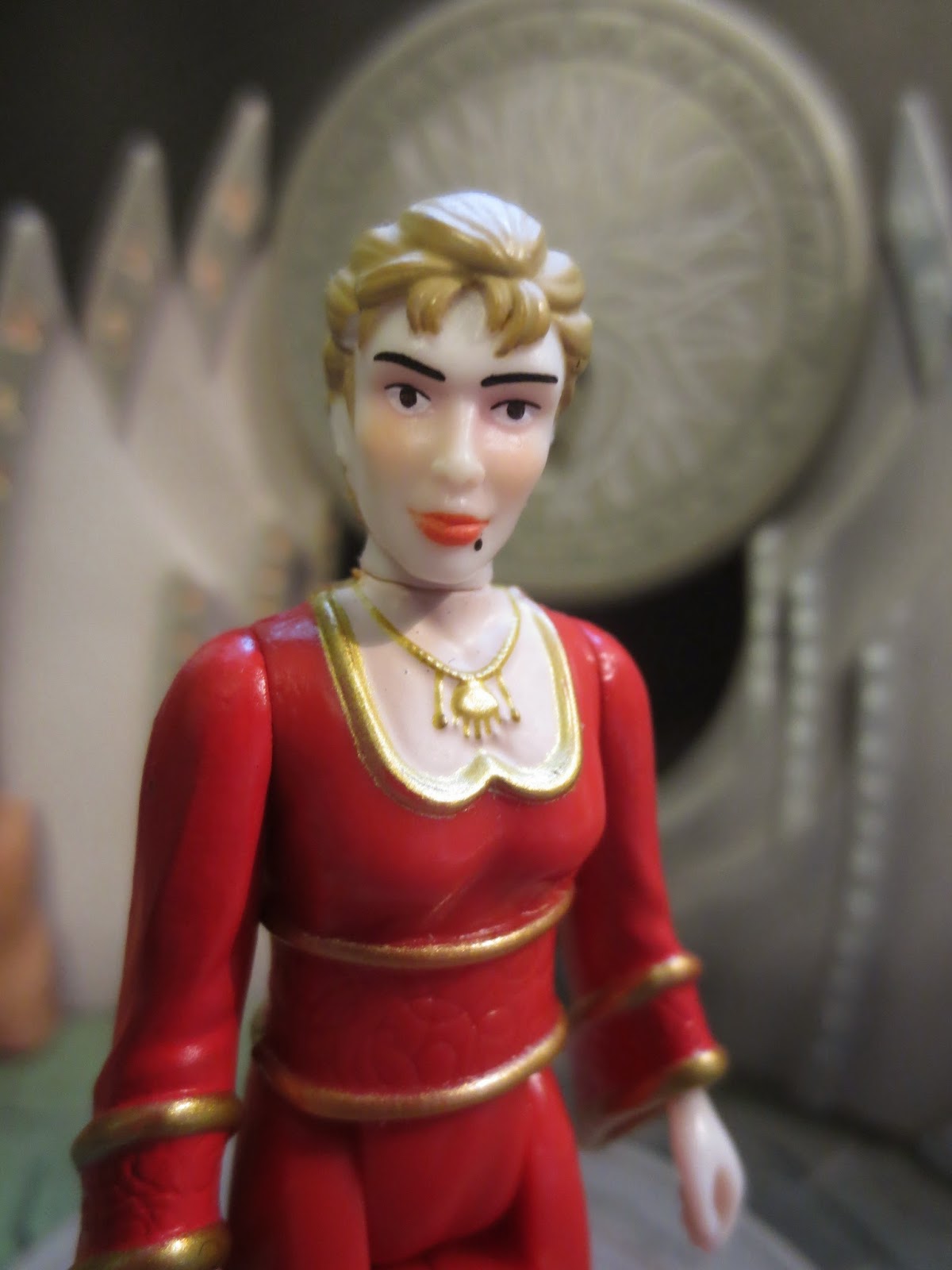 *Gracie Law's portrait without a doubt makes for one of the best looking retro styled action figures ever. Seriously, Gracie Law's face is actually rather attractive. Considering the style and scale of these figures, Funko definitely did a very commendable job in capturing the gorgeous Ms. Cattrall in her ornate makeup and costume. The face and hair are very nicely detailed with great paint applications. I love the presence of the beauty mark on the left cheek and the excellent skin tone. 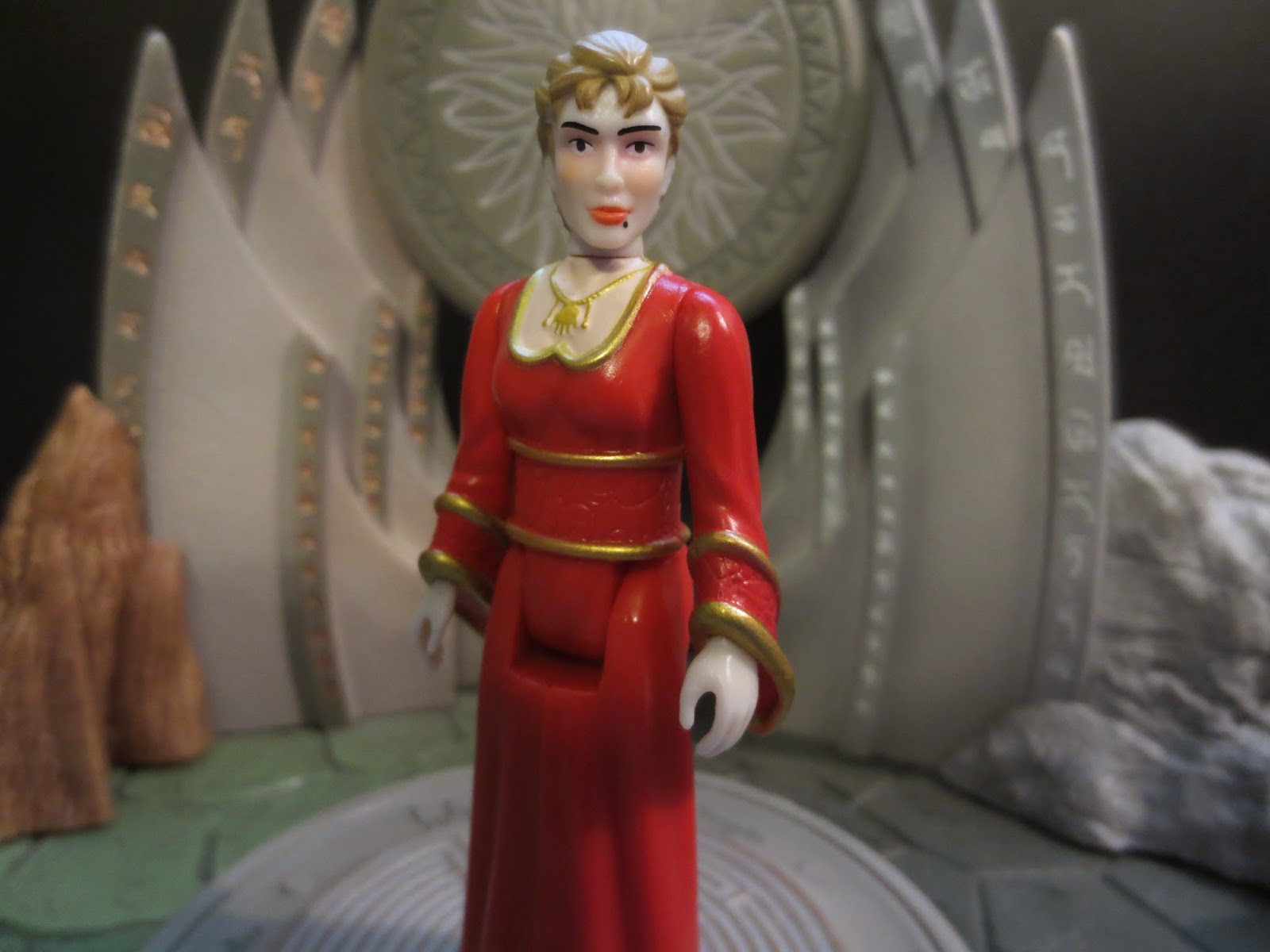 *While her costume is not 100% screen accurate, it is nicely sculpted and detailed. The combination of red with gold trim is rather visually appealing and the smaller details on the midsection and sleeves show some great detail work. If the BTILC line is indicative of the quality of ReAction figures moving forward, I think we can expect some great things from this line. 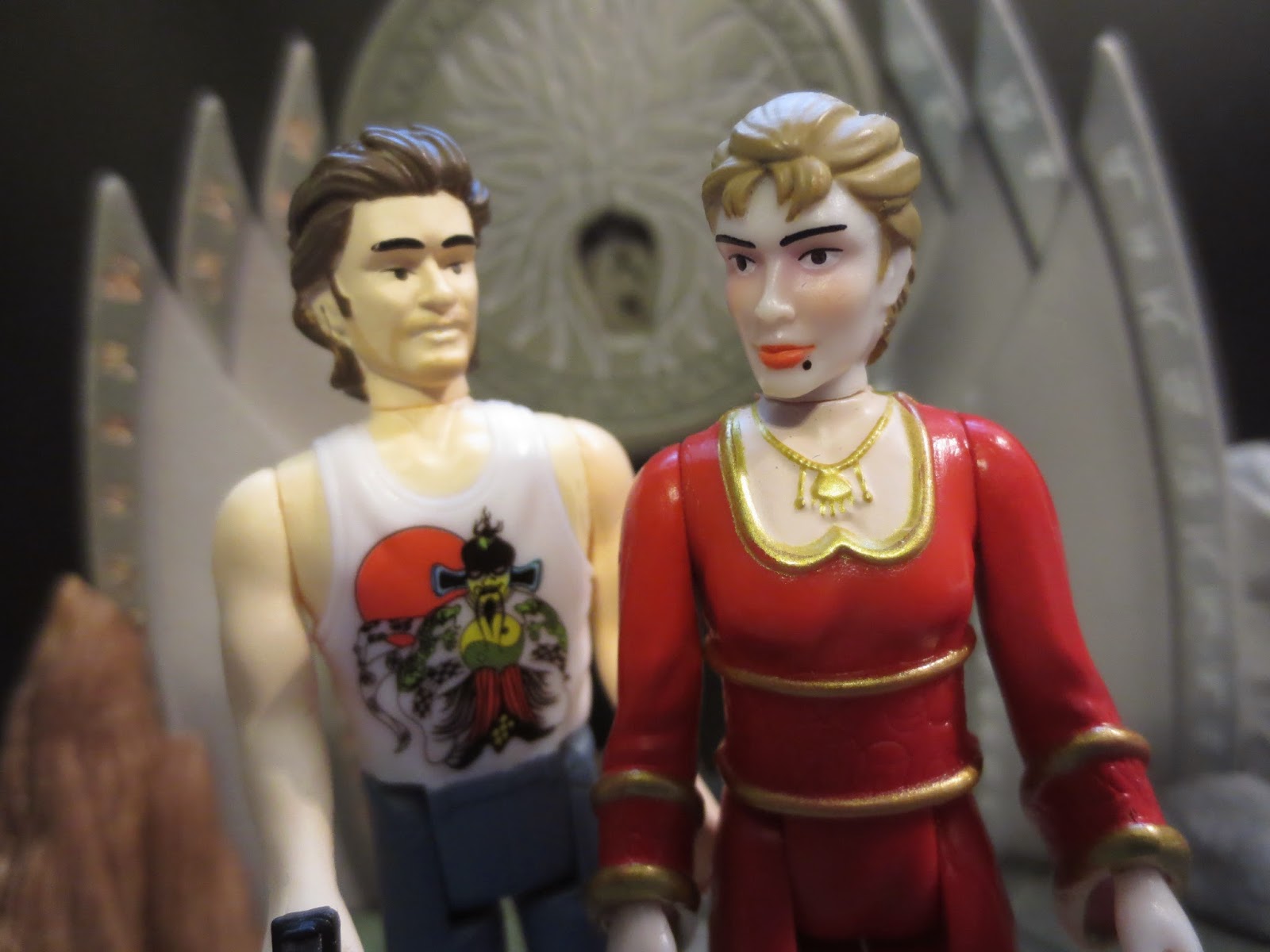 *The Big Trouble in Little China figures are made from a harder plastic than many of figures released in 2014 which makes the articulation feel smoother, the details appear crisper, and the quality feel quite a bit better overall. One of the best things is that Gracie's dress covered "legs" fit together quite nicely. Last year the ReAction Bride of Frankenstein had some real problems with this, but Gracie Law is proof that Funko has really been making some changes and improving quality control all around. 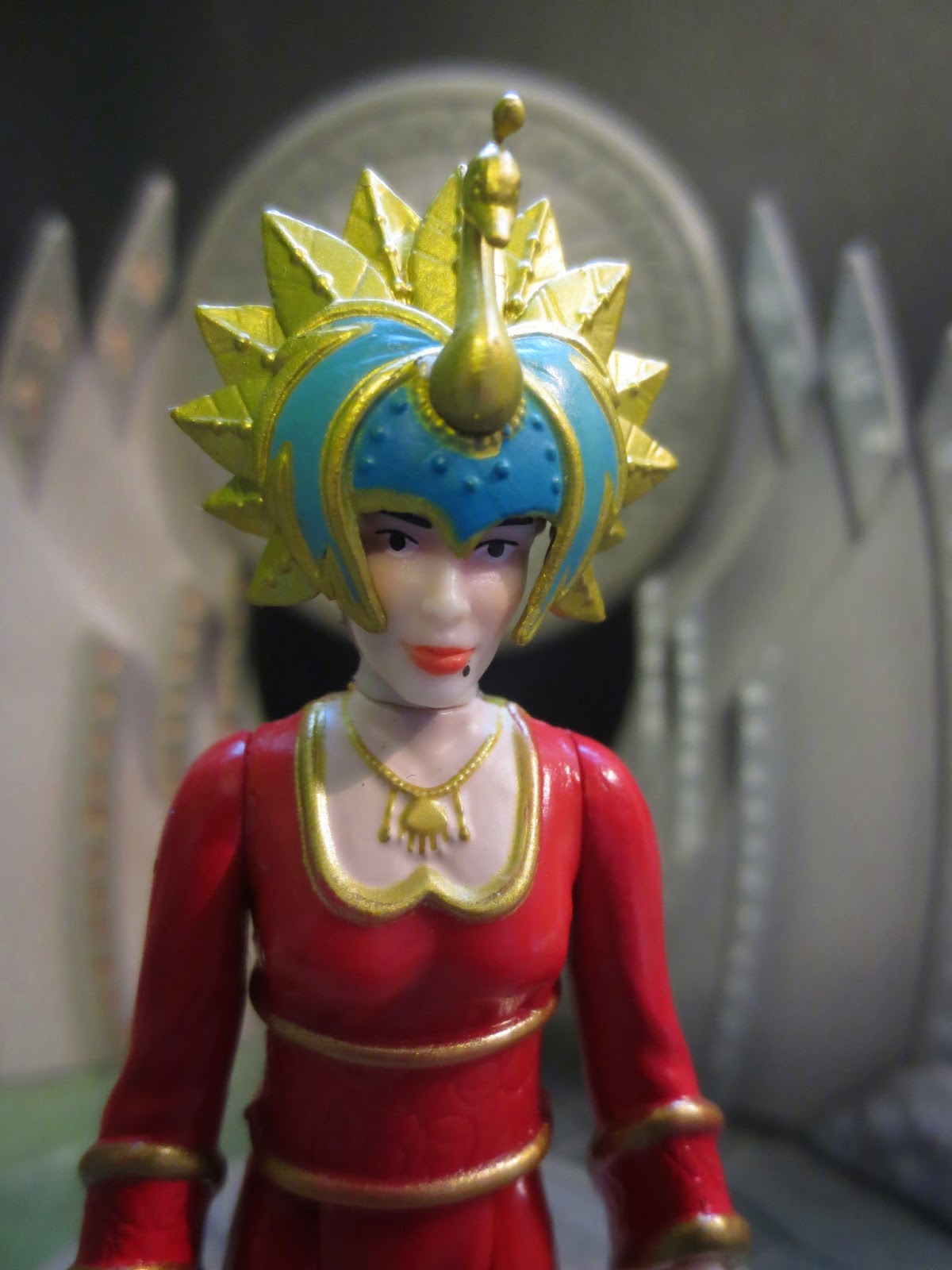 *Not only is the peacock inspired headdress a cool accessory that looks really good but it also stays on the figure's head with no issues whatsoever. It simply slips over the front of Gracie's head and stays put. The gold looks great and the blue paint details really enhance the overall presentation. 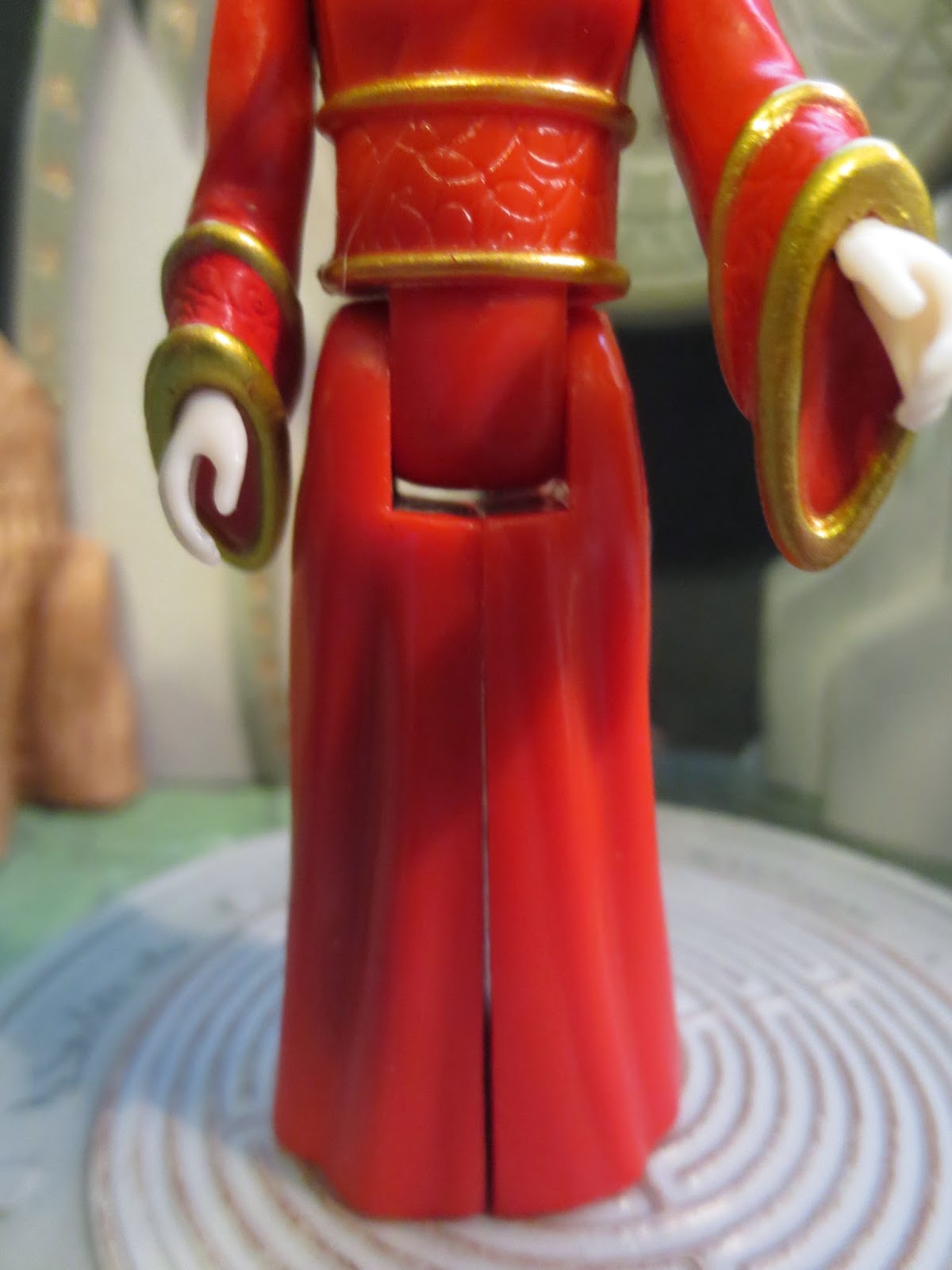 * The only negative I have is that Gracie Law has a bit of thigh gap going on. It's kind of odd, though, since it's visible when she's wearing a dress. Yeah, while the legs fit together flush vertically, there is some space where her hips meet her lower torso. Not a major issue, but one that seems like another design step for Funko to tackle in the future. 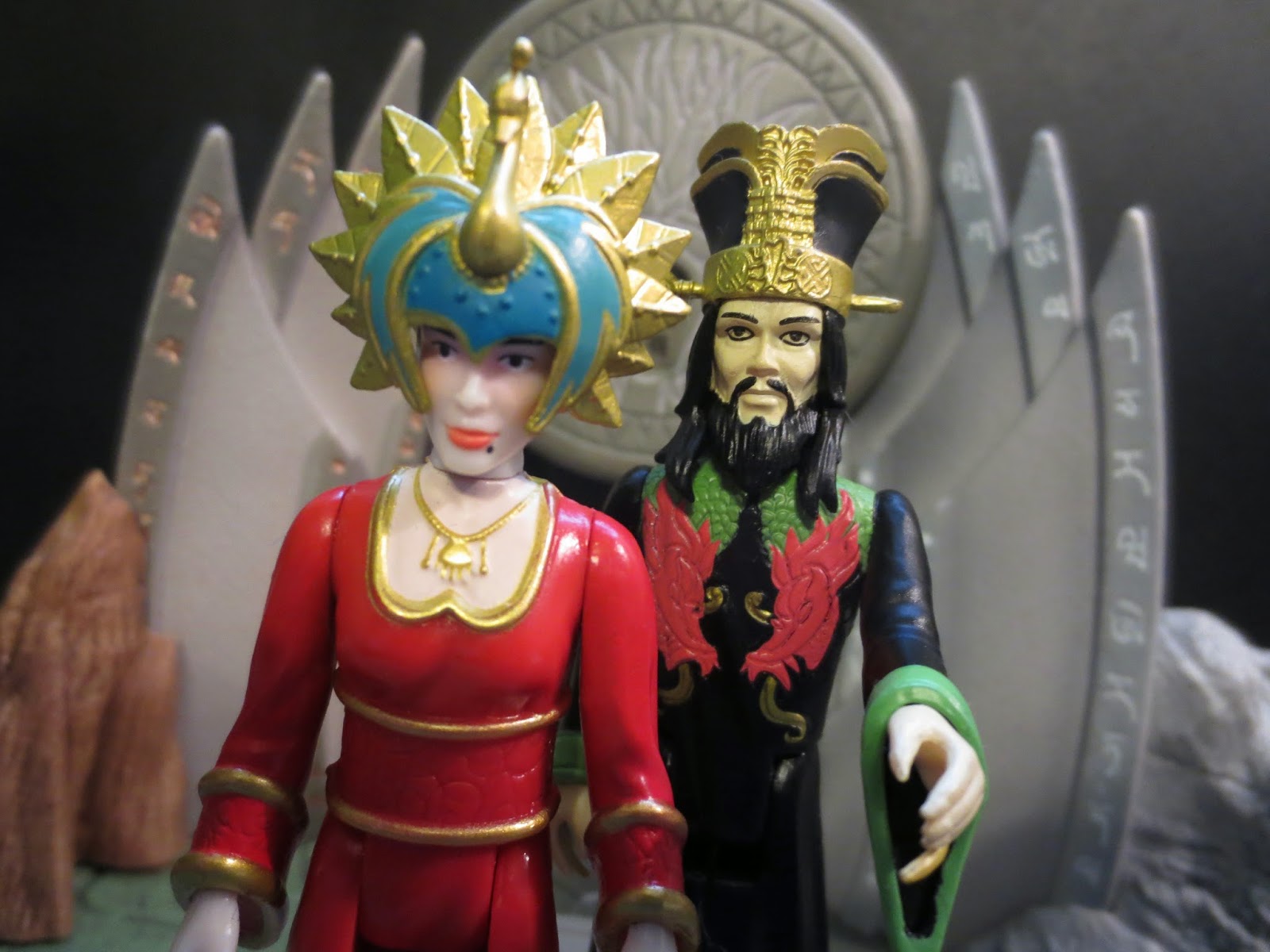 Consider me very, very impressed by this figure. While I've enjoyed most of the ReAction figures I've picked up, I think Gracie Law is one of the few figures that truly excels by not only adhering to the old Kenner style buy by perfecting it. Despite being a throwback to a dated method of toy production, Gracie manages to still offer some tremendous paintwork and sculpting. I know I haven't reviewed all of the Big Trouble in Little China figures yet but I do own them all and I believe that Gracie Law might just be my favorite. There's something I really like about this figure that I just can't quite put my finger on. Maybe it's the style, the costume, or the colorful paint work. Who can tell? Anyways I feel justified giving Gracie Law a Great and a 1/2. She's a wonderful example of how the ReAction figures can really excel and deliver some cool stuff that walks a nice line between being classic and modern.


I've reviewed Jack Burton from this line and also quite a few other ReAction figures, including:
Alien ReAction by Funko
Alien (with Metallic Flesh)
Kane (with Chestburster)