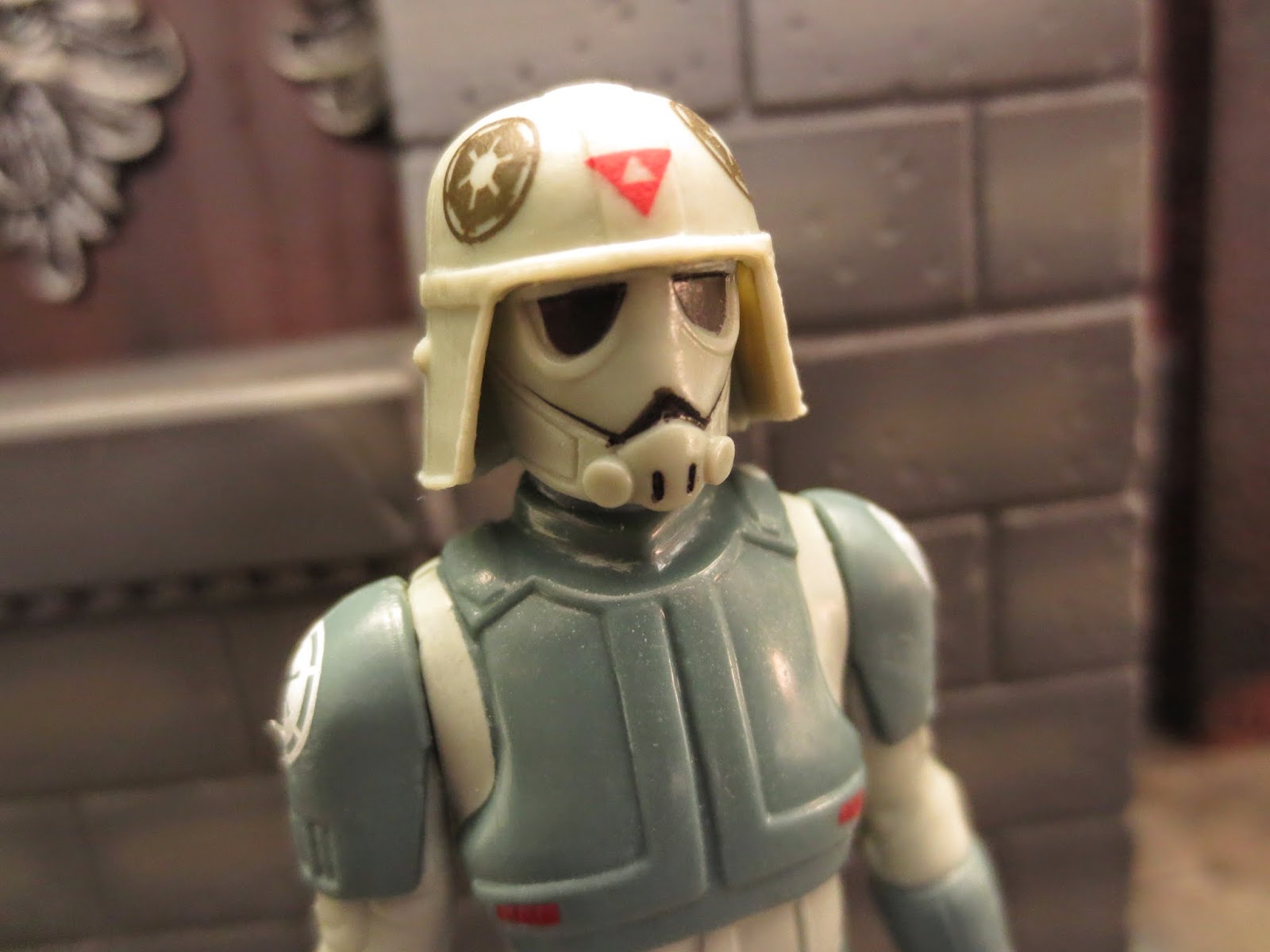 One of the things that you can always count on in the Star Wars universe is that the armored troops will have some awesome visual designs. Today I'm looking at another figure from Hasbro's Rebels assortment: The AT-DP Driver. Also known as Imperial combat drivers, AT-DP drivers pilot a variety of the new vehicles features in Rebels including the All Terrain Defense Pods that are employed on the planet Lothal as part of the Imperial security forces. I don't have an AT-DP yet but I did manage to find the driver on the same day that I picked up my Jedi Temple Guard. The Rebels figures have been pretty tough to come by, at least in my experience, so I was glad to find this one. Ready for a quick look at this figure? Then join me after the break... 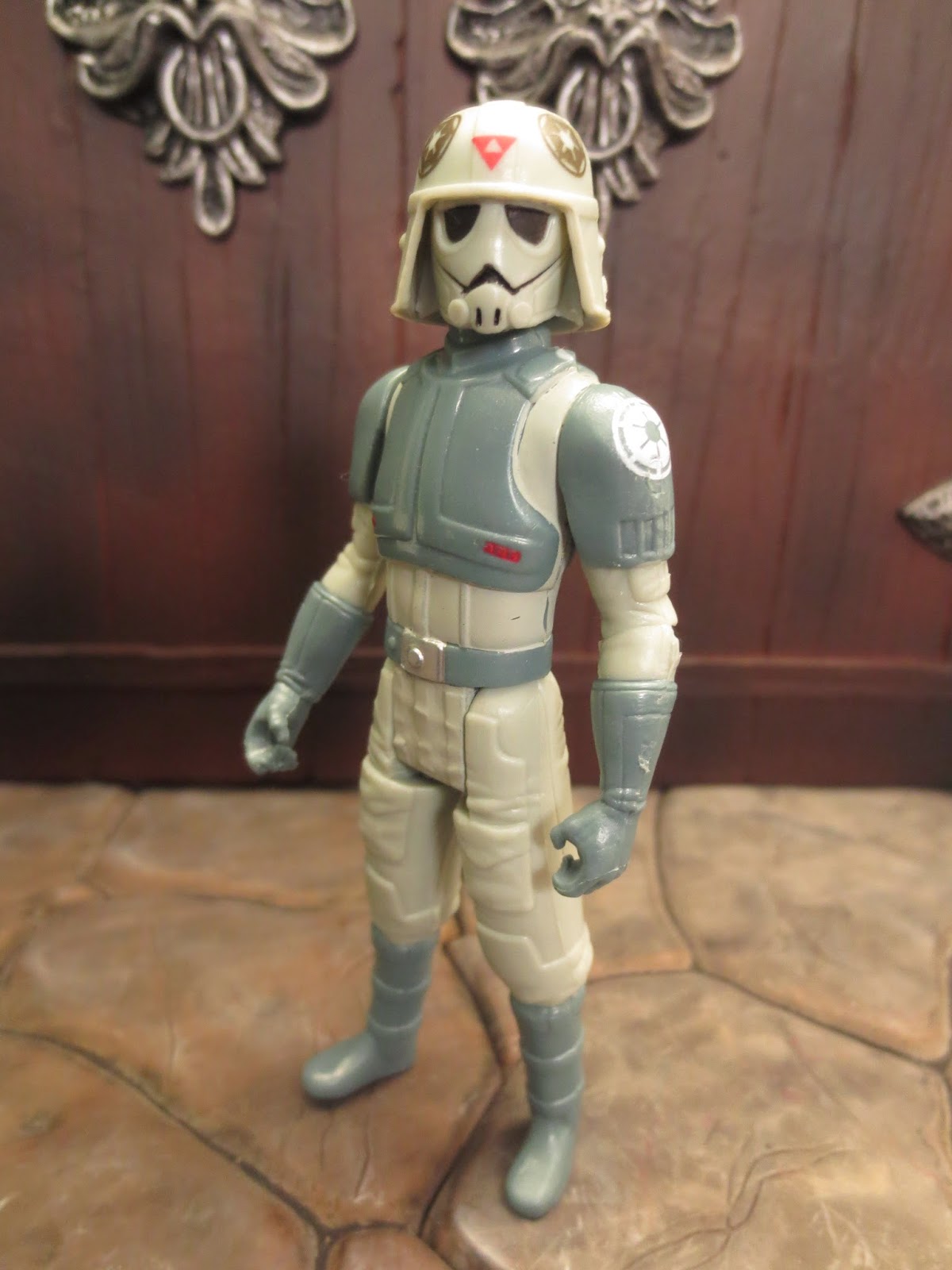 *I'm really pretty impressed by the way that Rebels has utilized various Ralph McQuarrie and Joe Johnston concept art to create a look that definitely feels like it belongs to the era shortly before the original films. The AT-DP Driver is an excellent design that manages to blend elements from other Imperial troops such as the AT-ST driver, the AT-AT Driver, and the Imperial Pilots. I love the sculpting on the helmet and the detail work on the armor pieces and the jumpsuit.

* Like the Jedi Temple Guard, the AT-DP Driver can easily fit in well with pretty much any other modern Star Wars figures. Being an armored and masked figure, his appearance doesn't have the more stylized appearance of the typical human characters from Rebels or Clone Wars. 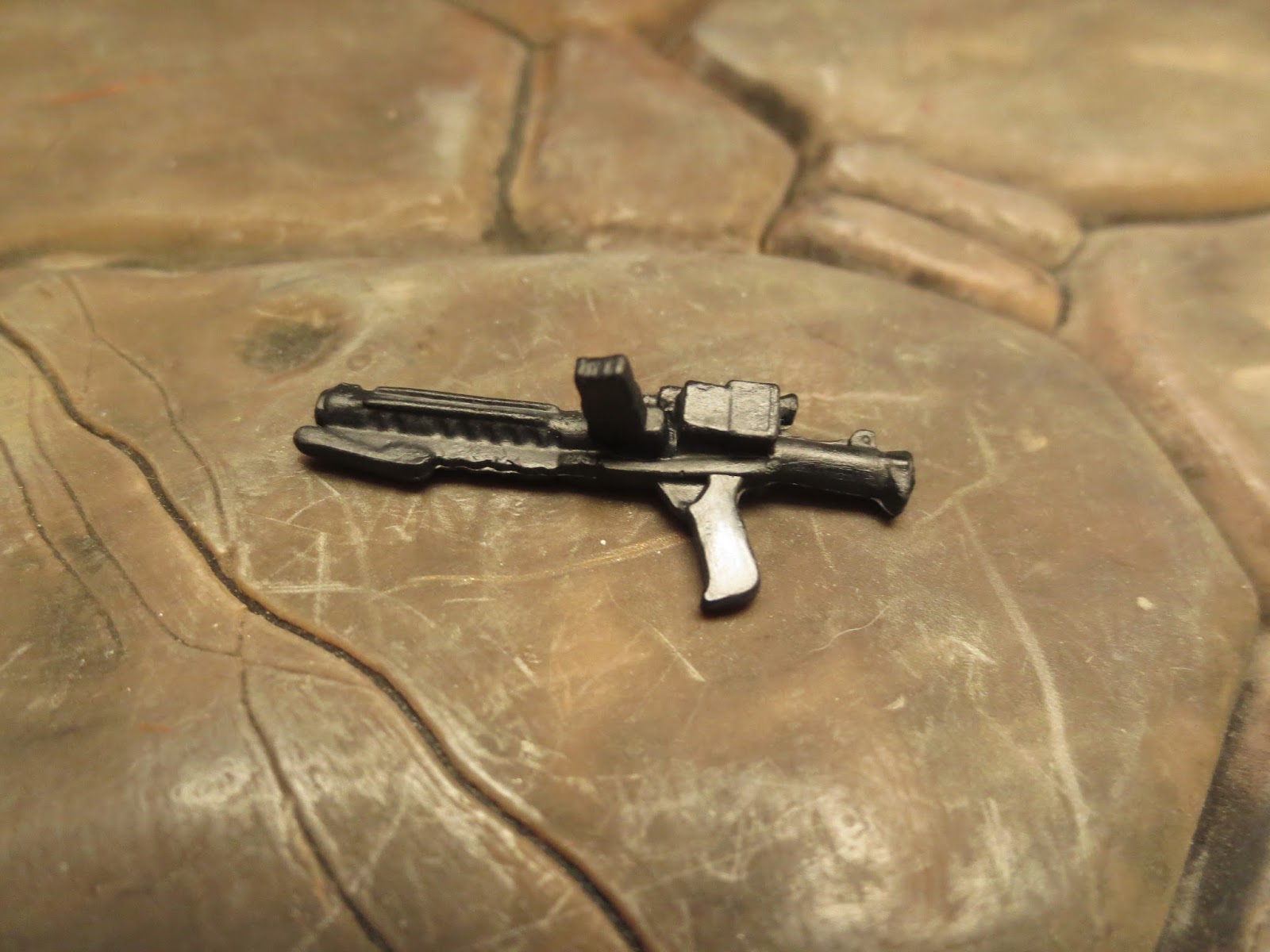 *It's not much but I'll always take another blaster. It's not a bad sculpt and it fits well in either hand (but better in the left). 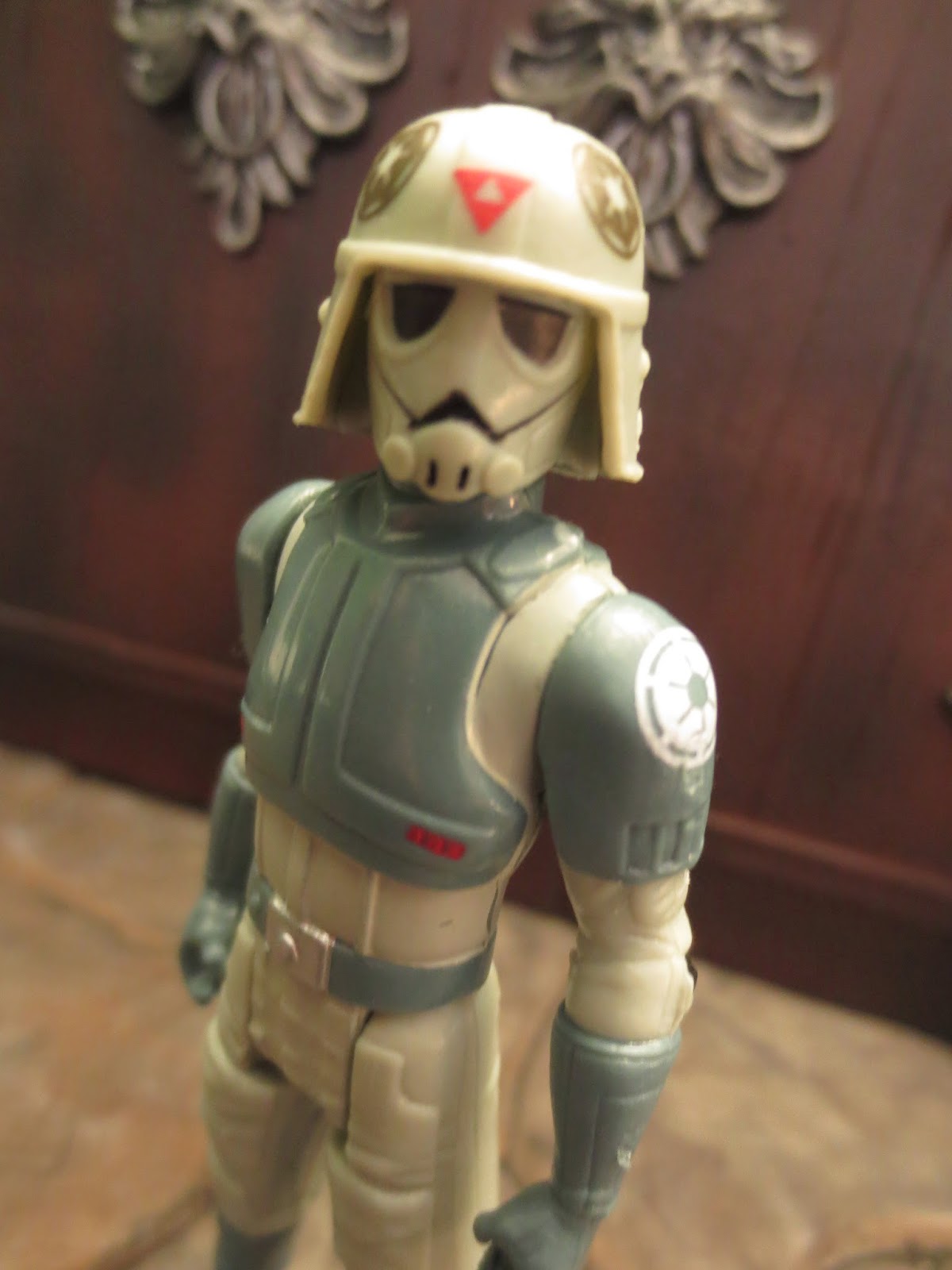 *There are some very nice painted elements on the AT-DP driver, particularly the work on the helmet. The various symbols and fine details look very neat and crisp. The bluish grey armor also has a bit of a metallic sheen to it. It's very faint but it's there. *Of course, there are some sloppy paint areas, too. The belt buckle and edges of the chest armor are a bit messy.

*The articulation on these guys is what it is: Five points only. What bothers me, though, is that the torso seems to not fit together flush and thus moves a bit when the arms arms and head swivel. I'm not really afraid of it falling apart but it's definitely a quality control issue. Gosh, remember when Star Wars figures at least had swivel waists? 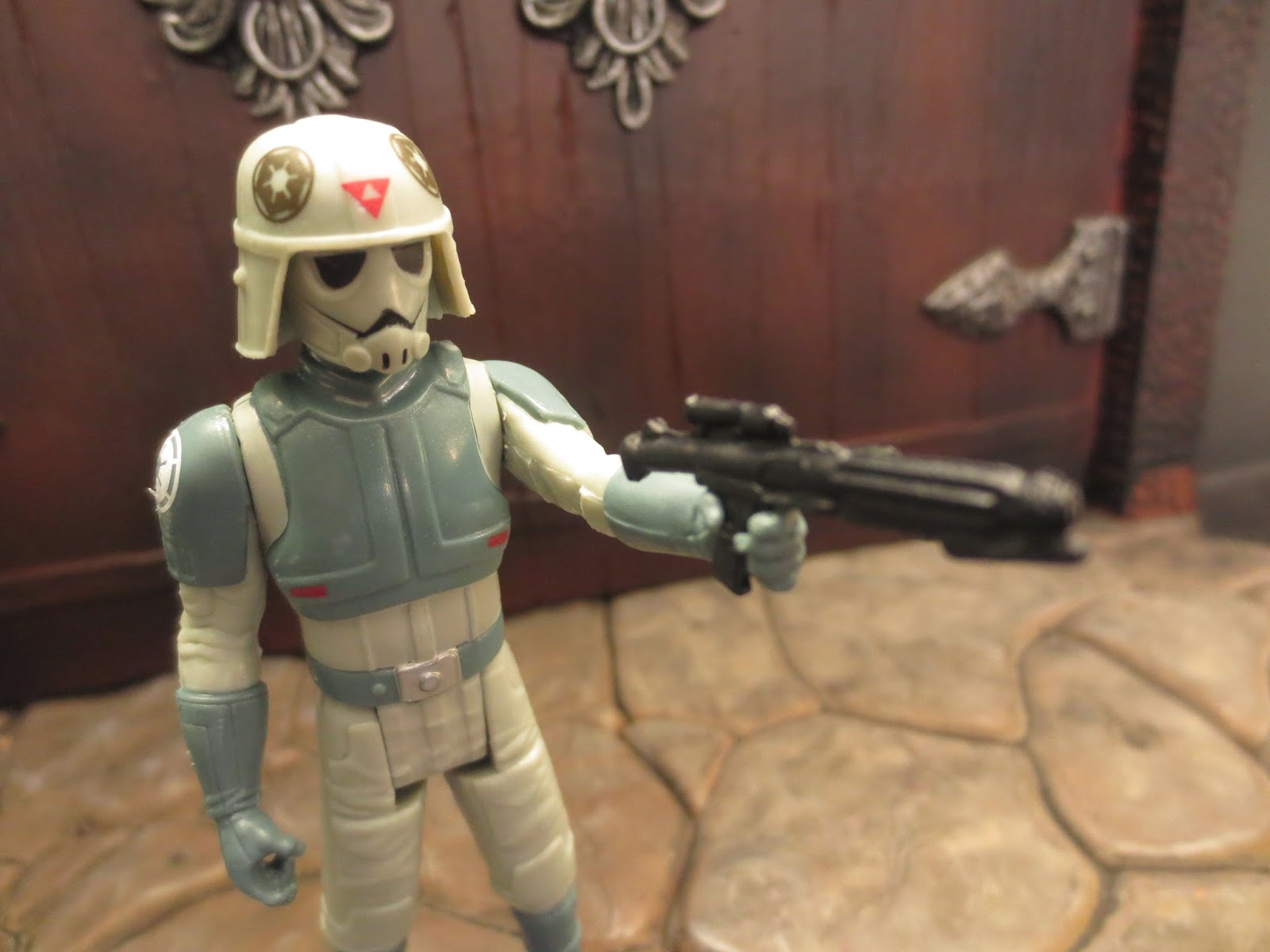 I really like the design of the AT-DP Driver but I'm a bit miffed by the way the torso doesn't quite fit together perfectly and by a few questionable paint applications. Still, there's a lot to like here as this is a fabulously designed Imperial trooper that fits right in with the look of the original films. Overall, I'm giving him a Good and a 1/2. He's not one of the best troop builders ever but he's not bad if you snag him for $6 bucks somewhere.


I've reviewed a few other Star Wars figures, including: