Minifigure Review: Brian in a Tuxedo from Family Guy Figurines 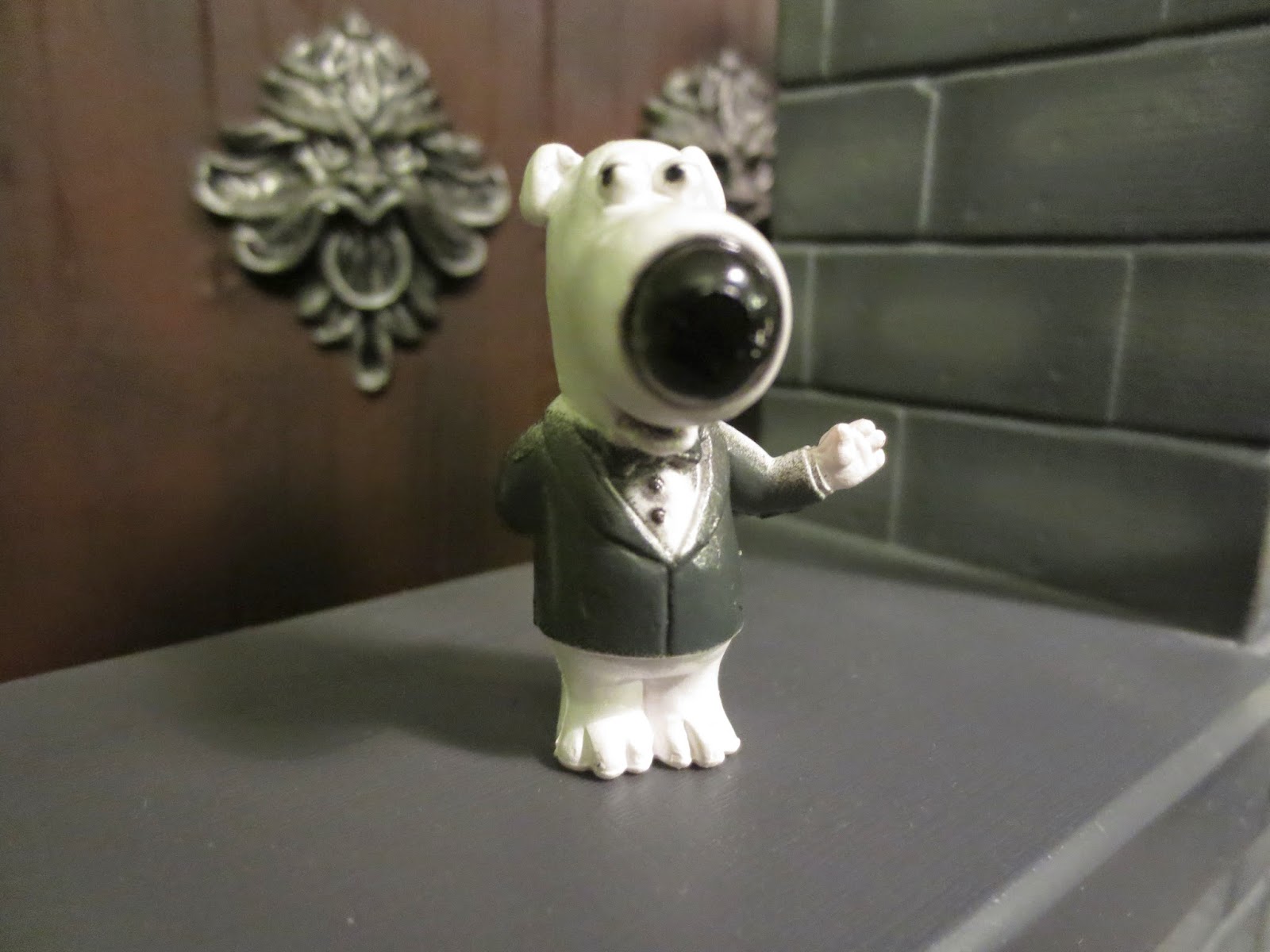 This one time I was out Geocaching over the holidays with my family and I stopped in at a Food Lion to grab some Gatorade when I found a vending machine selling Family Guy figurines. Since I usually get a chuckle out of Family Guy and I love minifigures I ponied up the 75 cents that I miraculously had in my pocket and hoped to get something good. I ended up with this cool little figure of Brian in a tuxedo. There are ten figures in this set and they're all variations of Stewie, Peter, and Brian. This will be a small review but since this is a small figure I think it'll be OK. More details after the break... 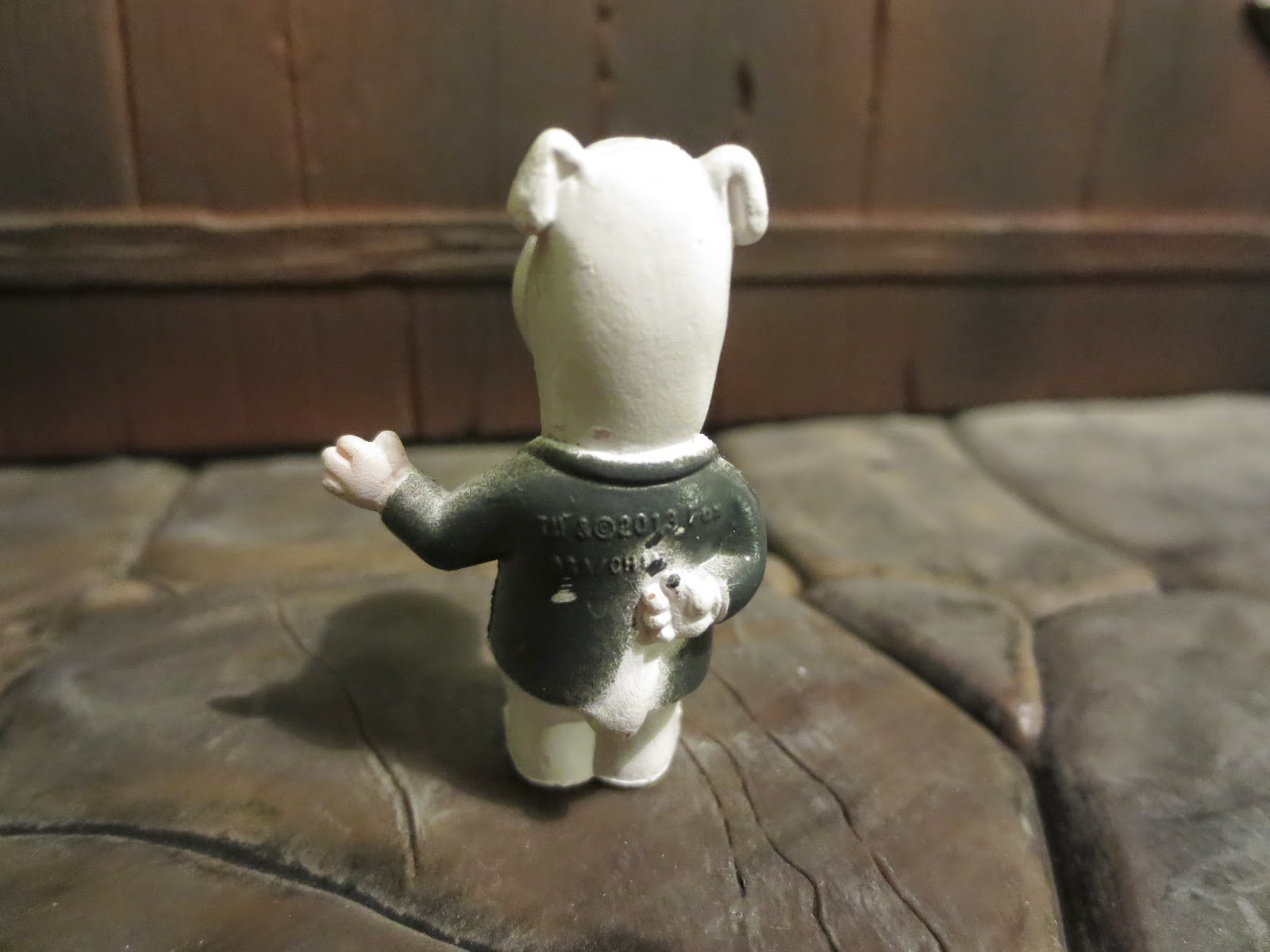 Brian is a simple solid plastic minifigure that stands 1 1/2 inches tall. He stands just fine on is own and is posed with his left arm extended as if waving and his right arm behind his back.

The sculpt isn't bad on this minifigure at all but you wouldn't know that thanks to the paint. The paint is really, really rough. I know this is a gumball machine toy but I've recently picked up a few other little minifigures this way (including some cool South Park figures) and those were much neater. The paint looks like it was sprayed on and thus the black on Brian's nose and tuxedo don't fully cover the white plastic he's molded in. That's too bad because otherwise this would be a great little minifigure. I love Brian in a tux (it always makes me think of the fourth season nightclub episode "Brian Sings and Swings" where he meets and performs with Frank Sinatra, Jr. Brian's just a classy guy. A classy, pretentious guy. 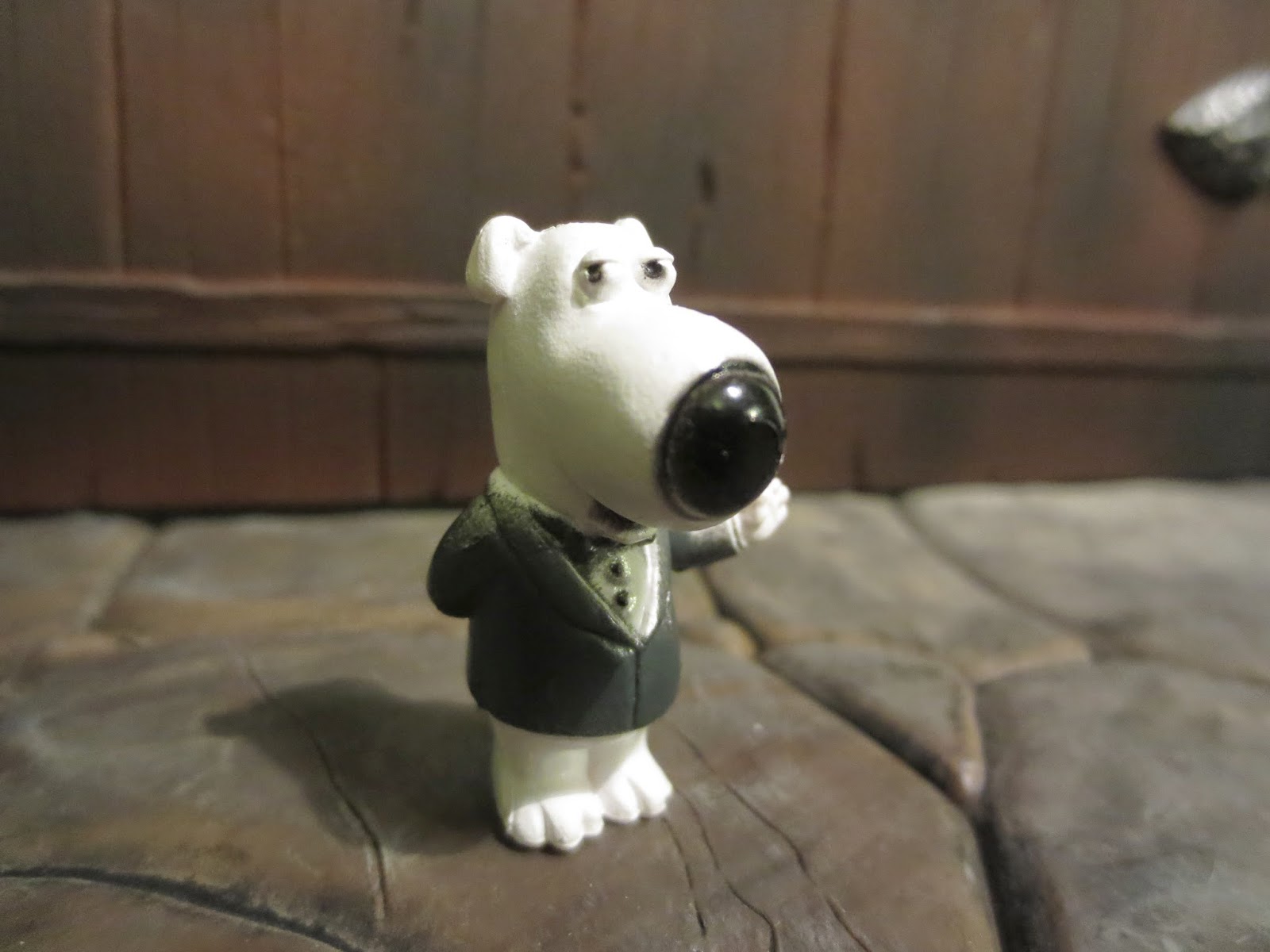 I'm all about minifigures but Brian's paintwork really just kills a lot of my enthusiasm. On the one hand a neat little figure just ends up being really messy. On the other, I love that I bought a little Family Guy minifigure from a gumball machine with some coins I had in my pocket. The experience definitely made my purchase worth it although this isn't a figure anyone needs to feel compelled to track down. I'll be checking vending machines for these guys in the hopes that maybe I got a fluke (I really want the rapper Brian from "Fast Times at Buddy Cianci, Jr. High") but as it goes, this guy is an Eh minifigure at best.