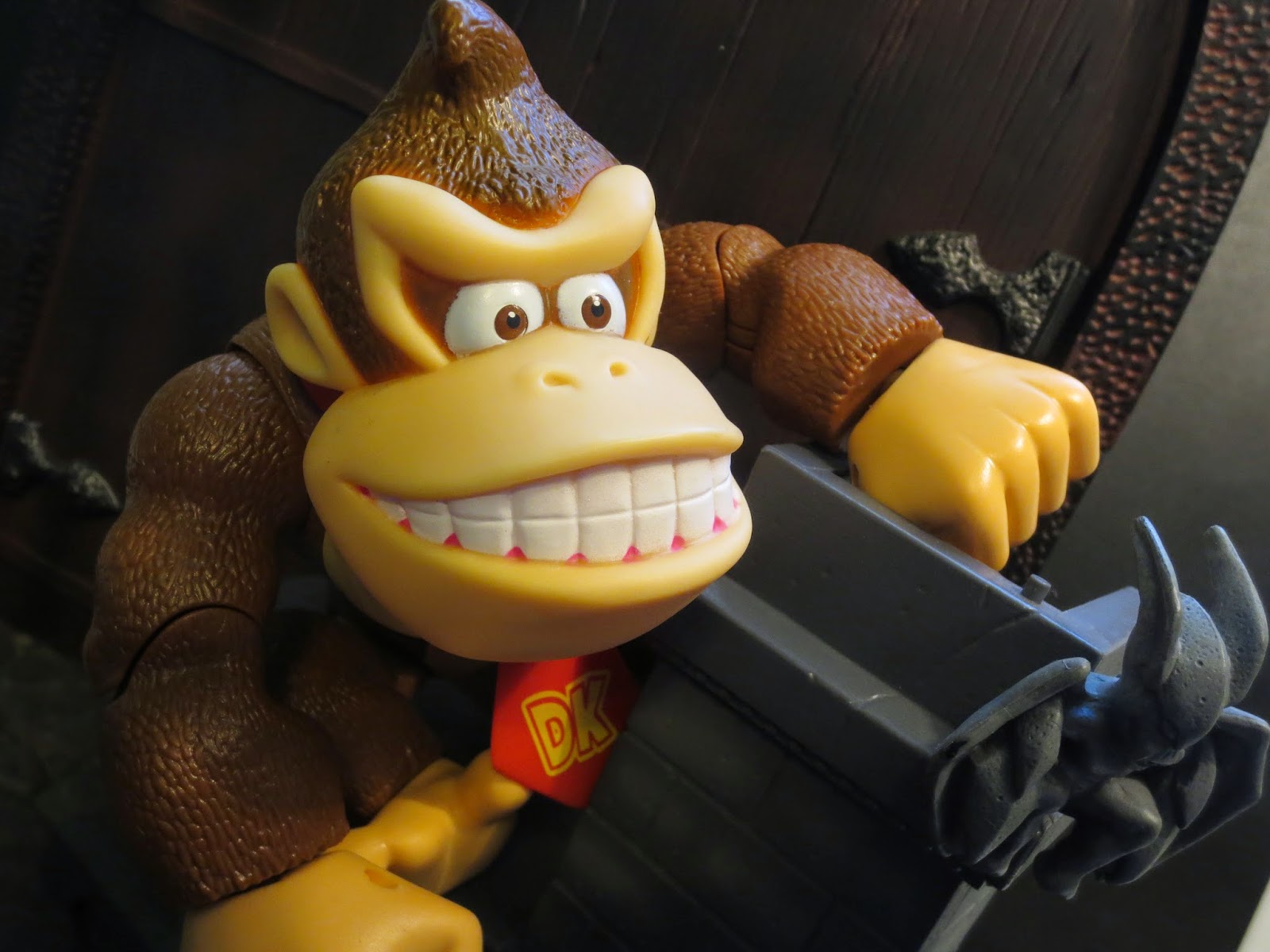 While Donkey Kong first appeared in Nintendo's 1981 videogame Donkey Kong, this figure is more based on his modern look which first appeared in 1994's Donkey Kong (Game Boy) and Donkey Kong Country (SNES). The tie is really the only element of Donkey Kong's costume but the character design has stayed largely the same for over 20 years now. That's OK, though, because the big gorilla is a recognizable icon in gaming and he's got a look that lasts. As the second oversized figure in series one of Jakks Pacific's World of Nintendo toyline, Donkey Kong (DK to his friends) comes packaged in a large window box and retails for around $15 bucks. Ready for a look at this funky monkey? Then join me after the break... 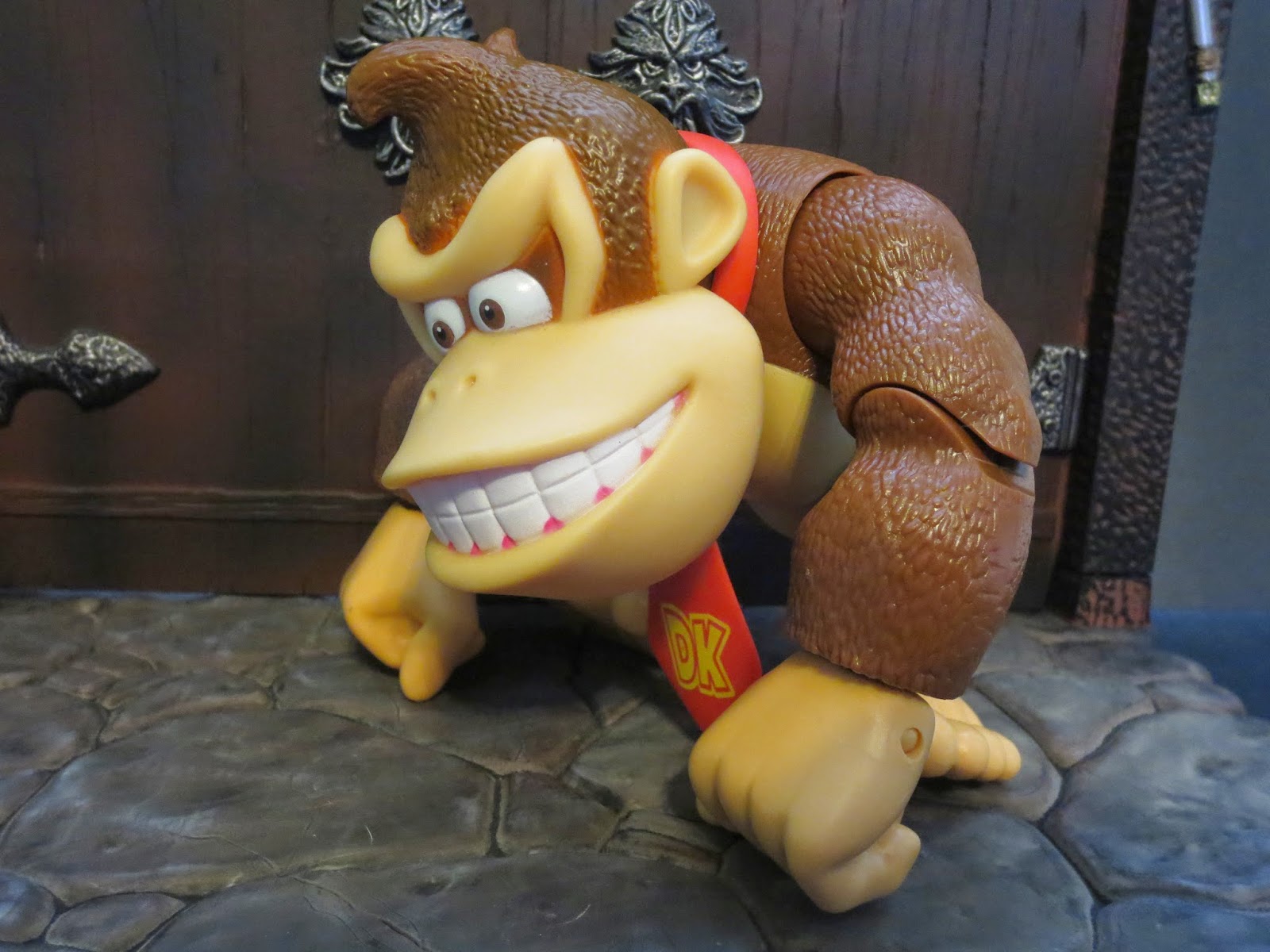 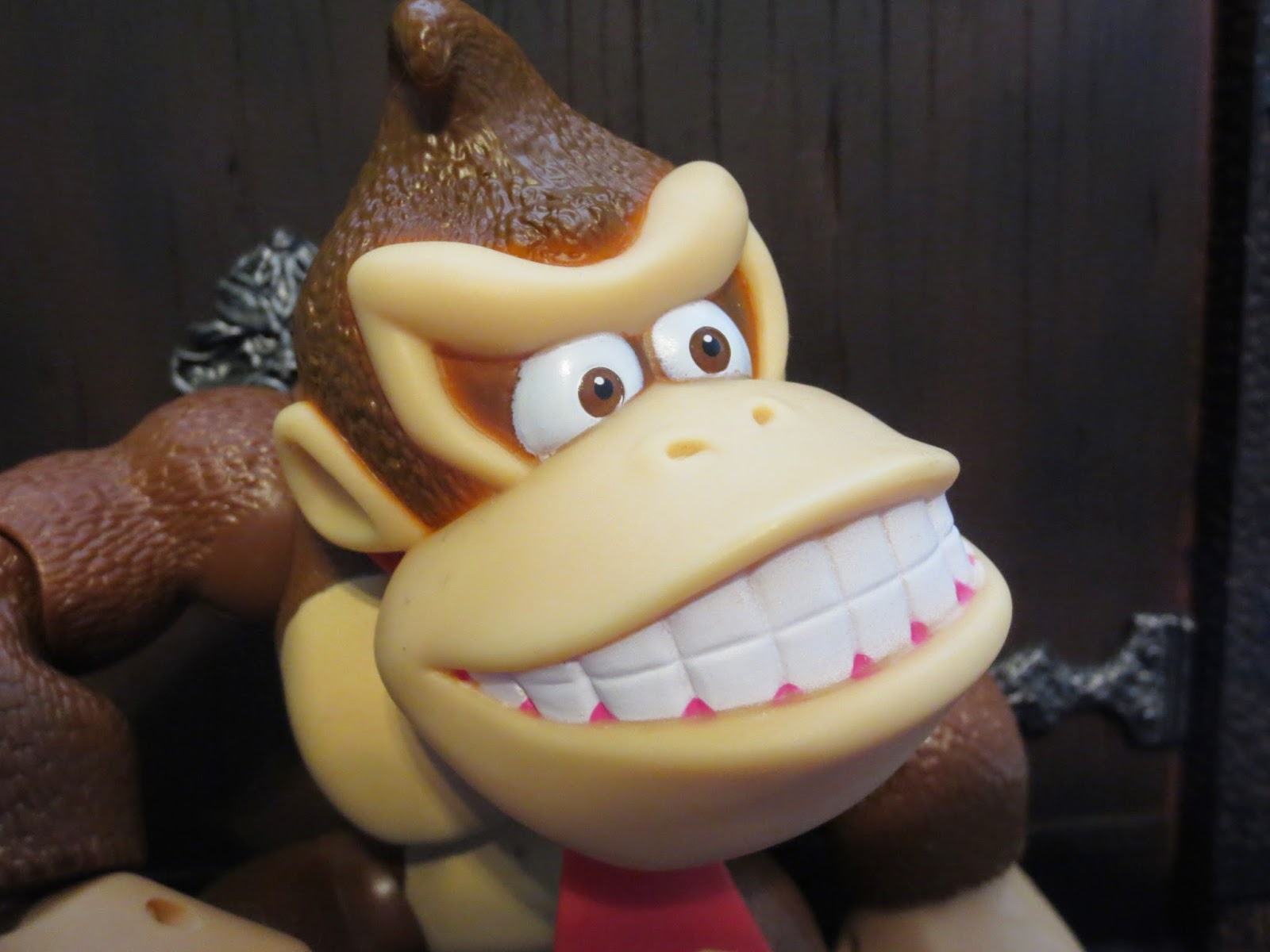 * I love DK's headsculpt. Yeah, it's kind of goofy, but so is DK. They nailed his hairdo perfectly and captured his massive, cheeky grin and heavy brow. You might want to check the paint on the eyes and teeth carefully as I've seen that some DK's look better than others due to the bleeding of other colors on the white paint. 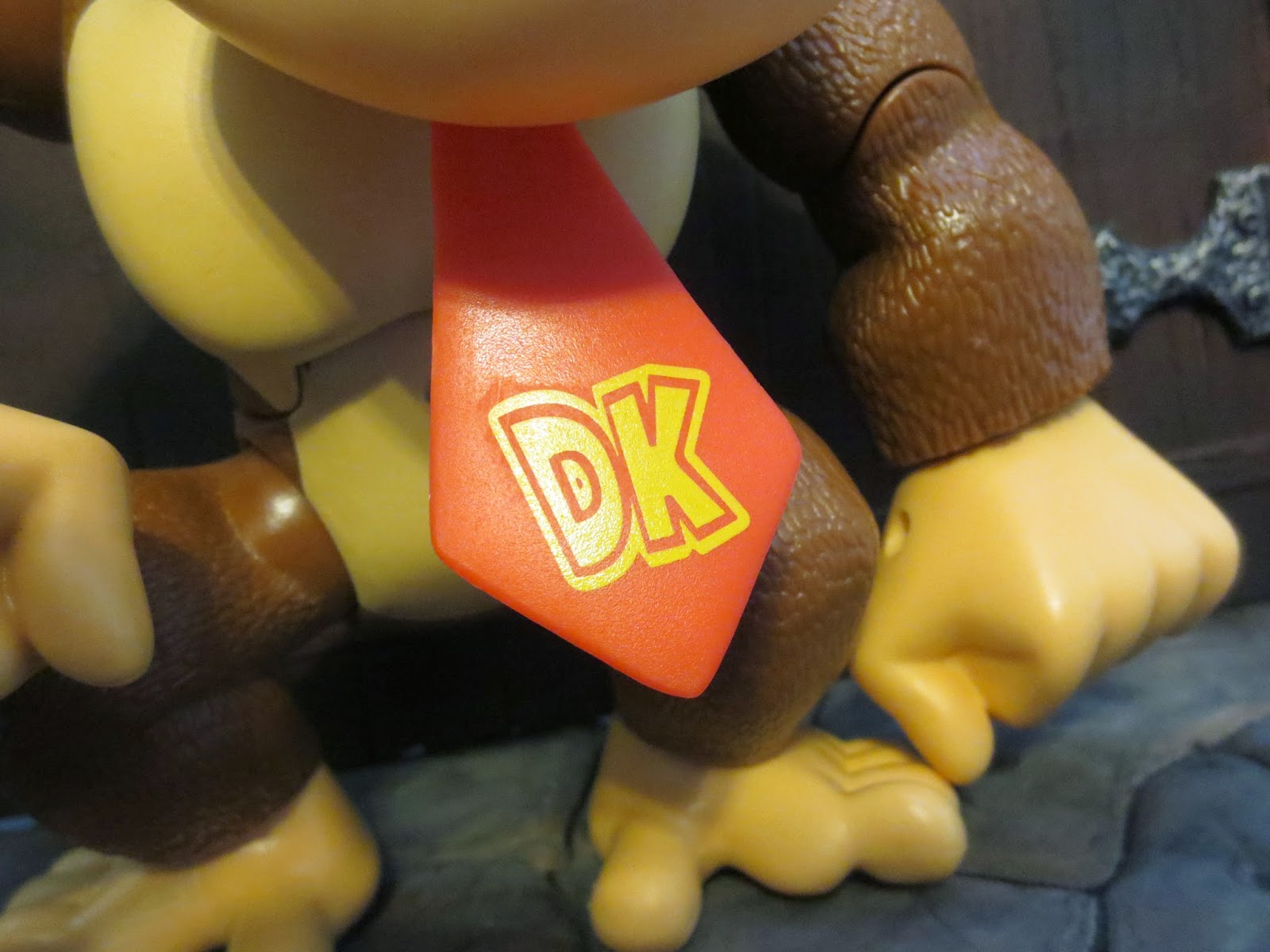 *Donkey Kong isn't a highly detailed or realistic figure by any means but he still has a cool amount of detail. I like the fur texture on his body and the way that his tie with the DK logo is separate piece. He looks great alongside the other characters in the line since he has the same bold, Nintendo-ish style. 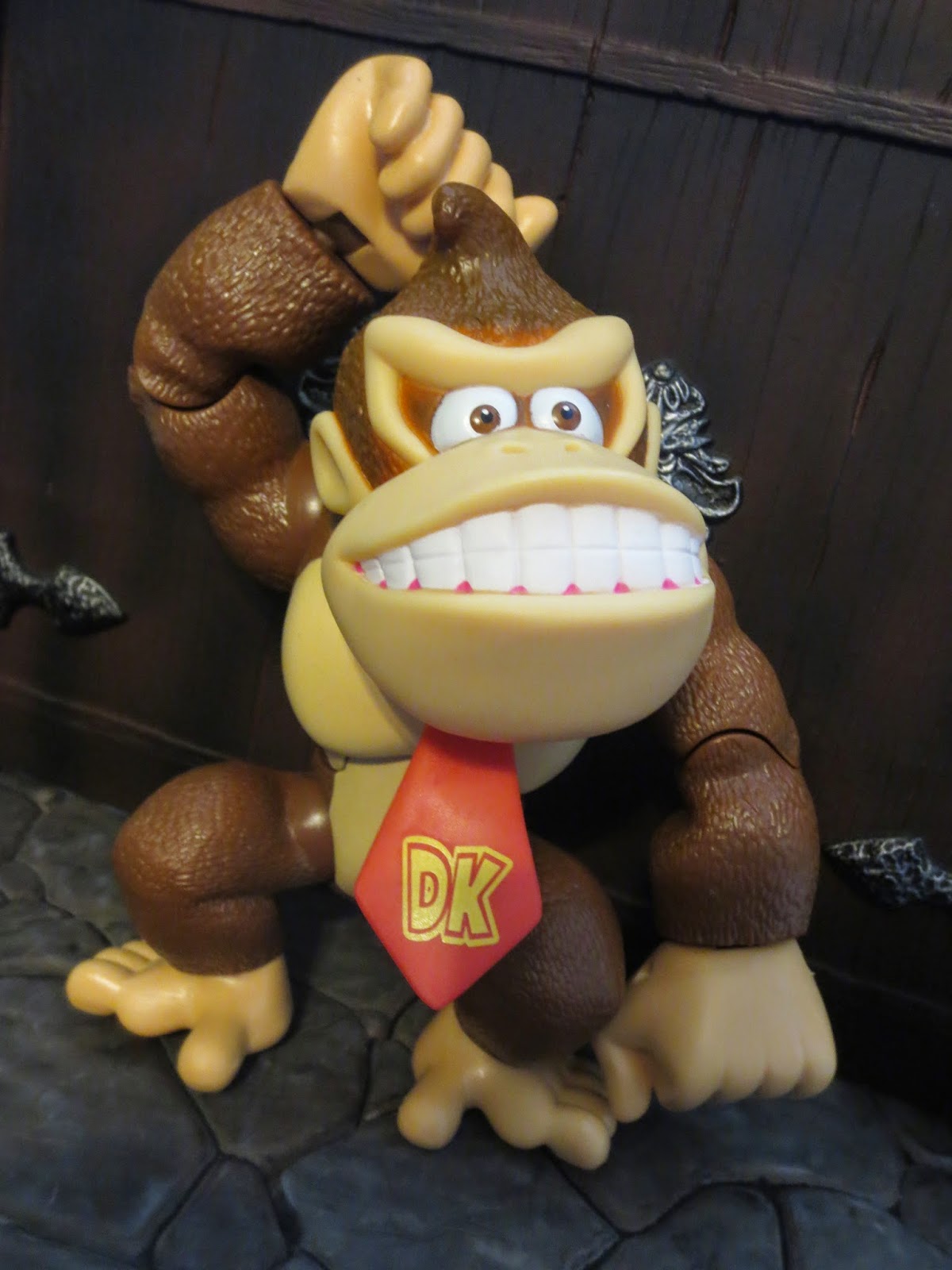 *Donkey Kong's articulation is a bit weak. Not weak in the since that there's not enough of it but weak in the since that many of his joints, particularly his hips, feel a bit loose and floppy. Perhaps the biggest problem is that DK can't really get in his typical hunched over and walking on all fours stance. A combination of his arms being a bit too short and his hips being too loose make him hunch over much too far. He feels sturdy enough (I'm not concerned anything is going to break) but the loose joints are an annoyance for posing and displaying him. 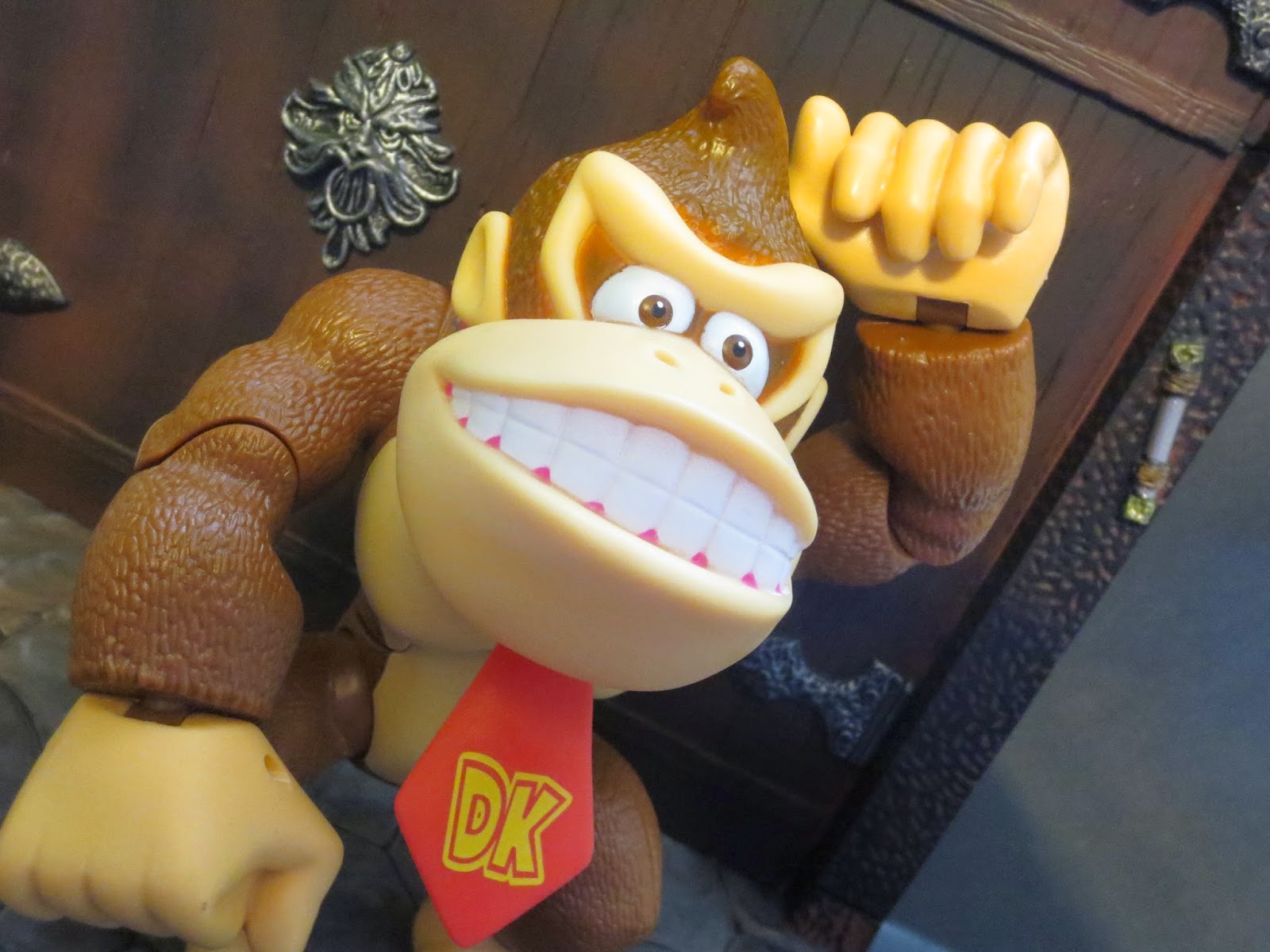 * Even though DK's a larger figure, I still think he should have come with an accessory. How about, I don't know, a BANANNA?!?! You know, the object that pretty much every Donkey Kong game since 1994 has revolved around collecting. A barrel would have been acceptable, too; I just wish Jakks would have given DK something. The secret accessories are a really fun feature of the smaller figures and it would have been nice to see this carried over to the big guys. 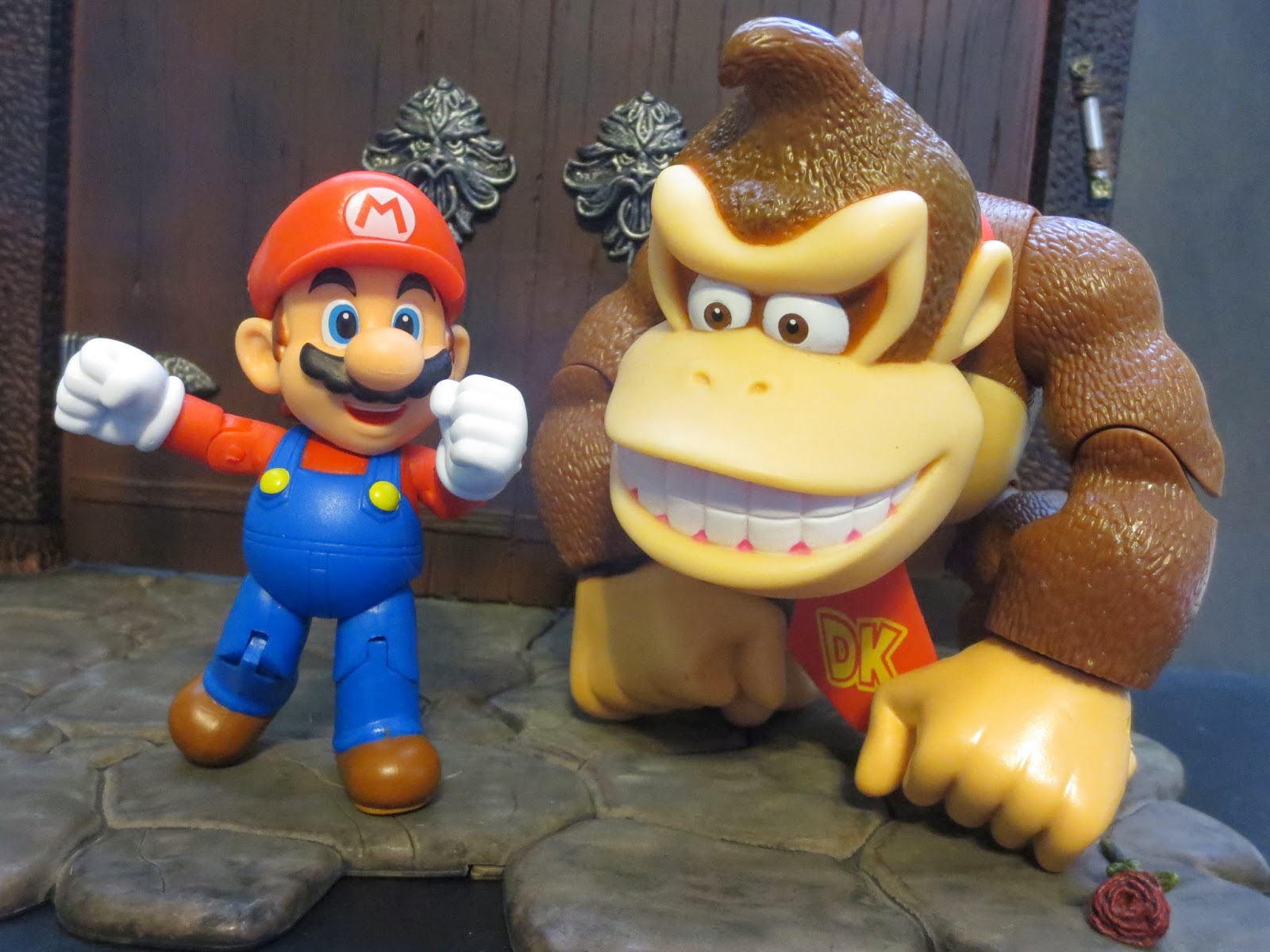 Donkey Kong could have been a stellar figure if his arms were a bit longer and his articulation a bit tighter. These seem like small nits but check out the picture on the right: DK looks rather awkward in trying to take his signature stance. In the end I'm giving him a Good. Considering that this is an over-sized $15 action figure available at mass retail I can't be too hard on him, but he could have been truly amazing. Let's hope that Jakks improves their game before the second series of figures comes out later this spring. I'd like to see this series go on for quite some time.