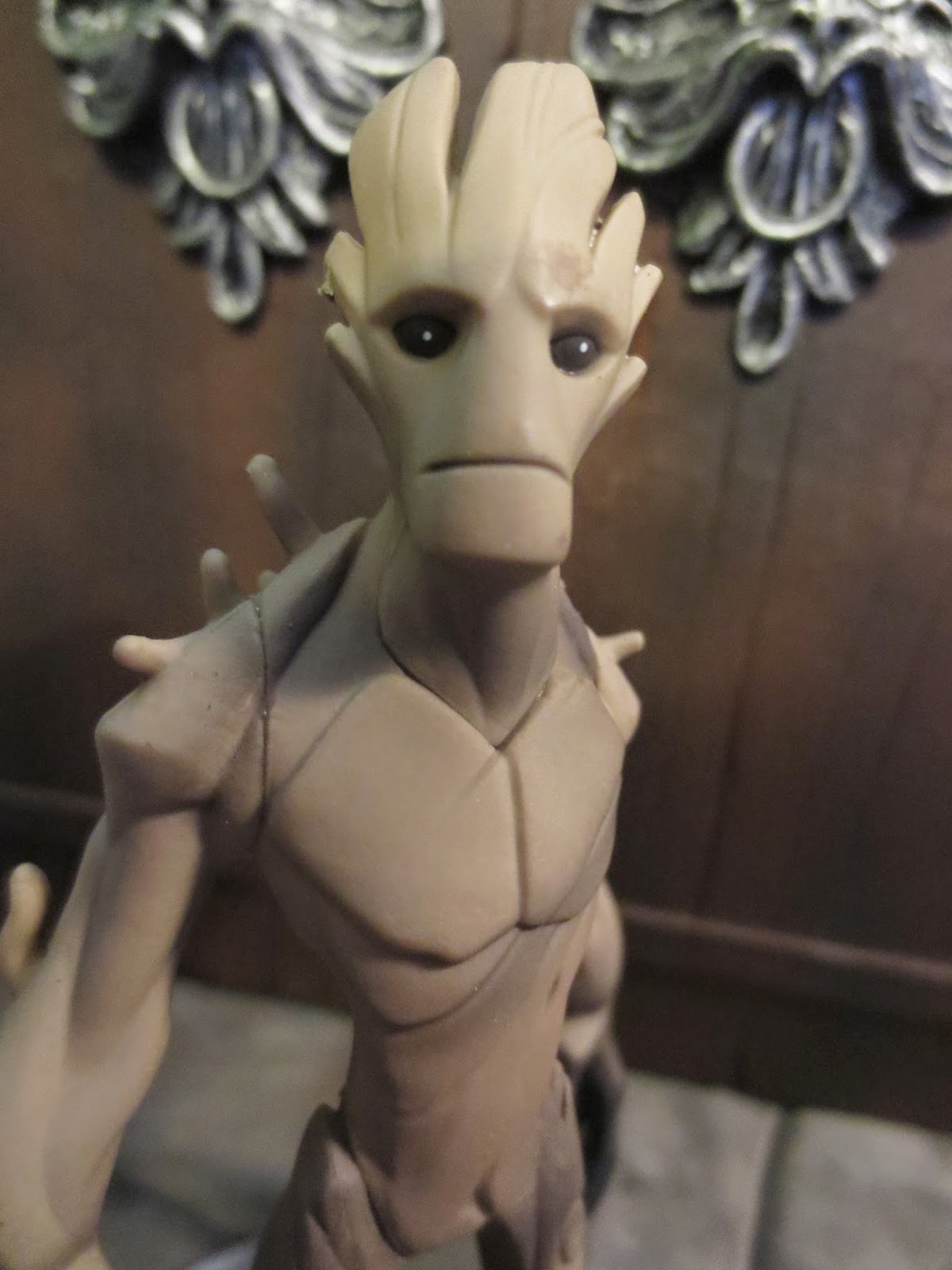 It's part 2 of Barbecue17's Christmas Haul and today I'm looking at Groot from Disney Infinity: Marvel Superheroes. Groot's one of those interactive toys like Skylanders or Nintendo's Amiibo figures that allows you to unlock a character in a video game. I have Disney Infinity 2.0 but I'm honestly more interested in this toy simply because it's a really cool stylized version of Groot. The figures attracted me to the game and not the other way around. Groot appeared in my stocking on Christmas morning and was a pleasant surprise. A few more pictures and thoughts after the break... 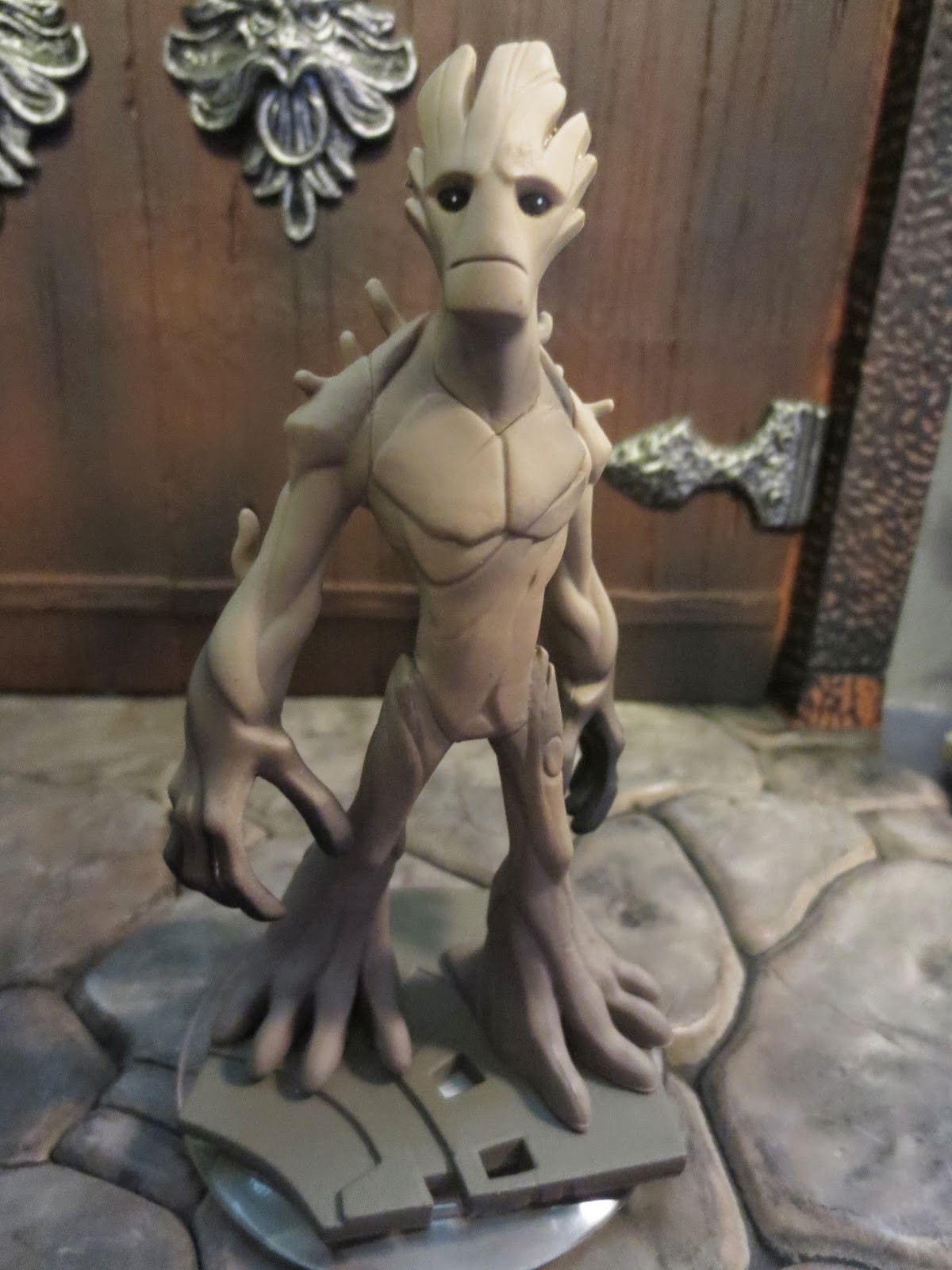 Accessories: Character card with a download code for the mobile app. 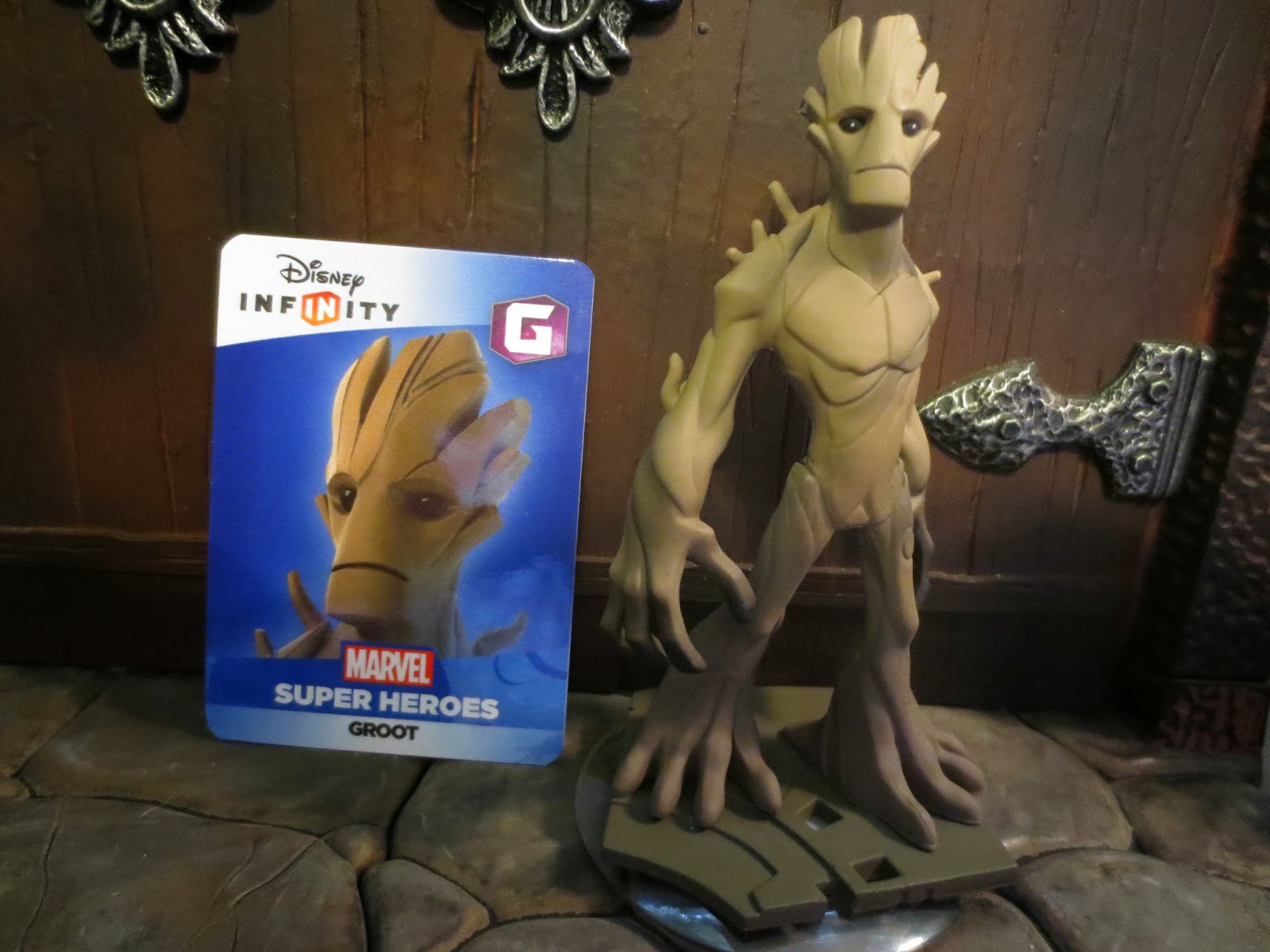 *I love the cool, sleek, Pixar-ish style that was used in designing the characters for the game. I would love, love, LOVE to watch a Guardians of the Galaxy cartoon using these character models! There are some nice details here showing off Groot's bark, but they don't inhibit the flow of the design.

*Groot has a great stance and a somewhat stoic expression on his face. He doesn't really look pissed off, but he's not grinning, either. 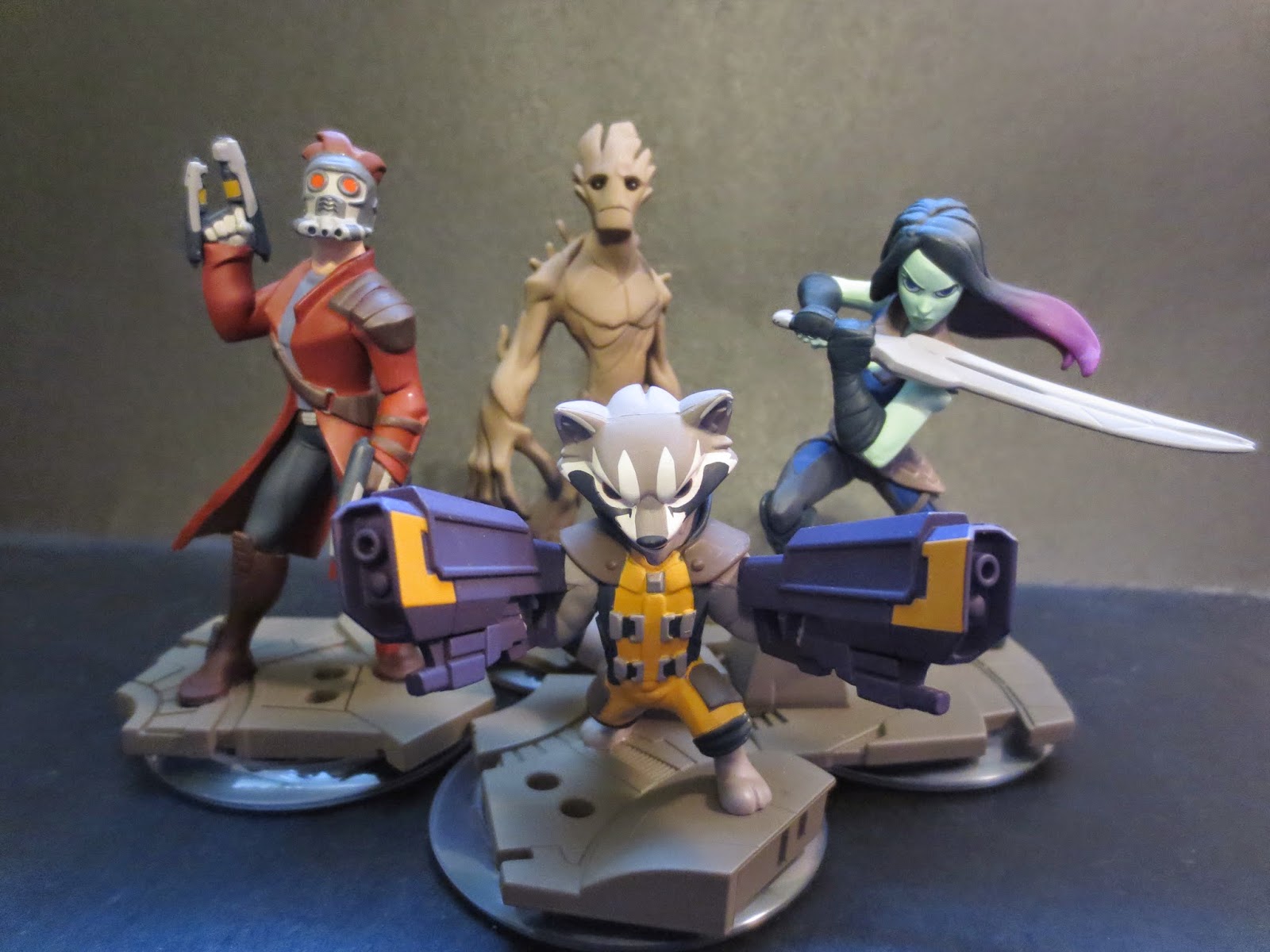 * I wish he were a little bit taller.

These are cool little figures. I think most collectors won't pick them up unless they're interested in the game since these guys are a bit pricey for a standard plastic figure (around $13 or $14 dollars), but if you have the game, find these on sale, or really love Guardians of the Galaxy, these are a nice score. I'm giving Groot a Great. Now Groot can say, "I am Great." How about that?

My 2014 Christmas Haul so far includes:
A Bendable Batman