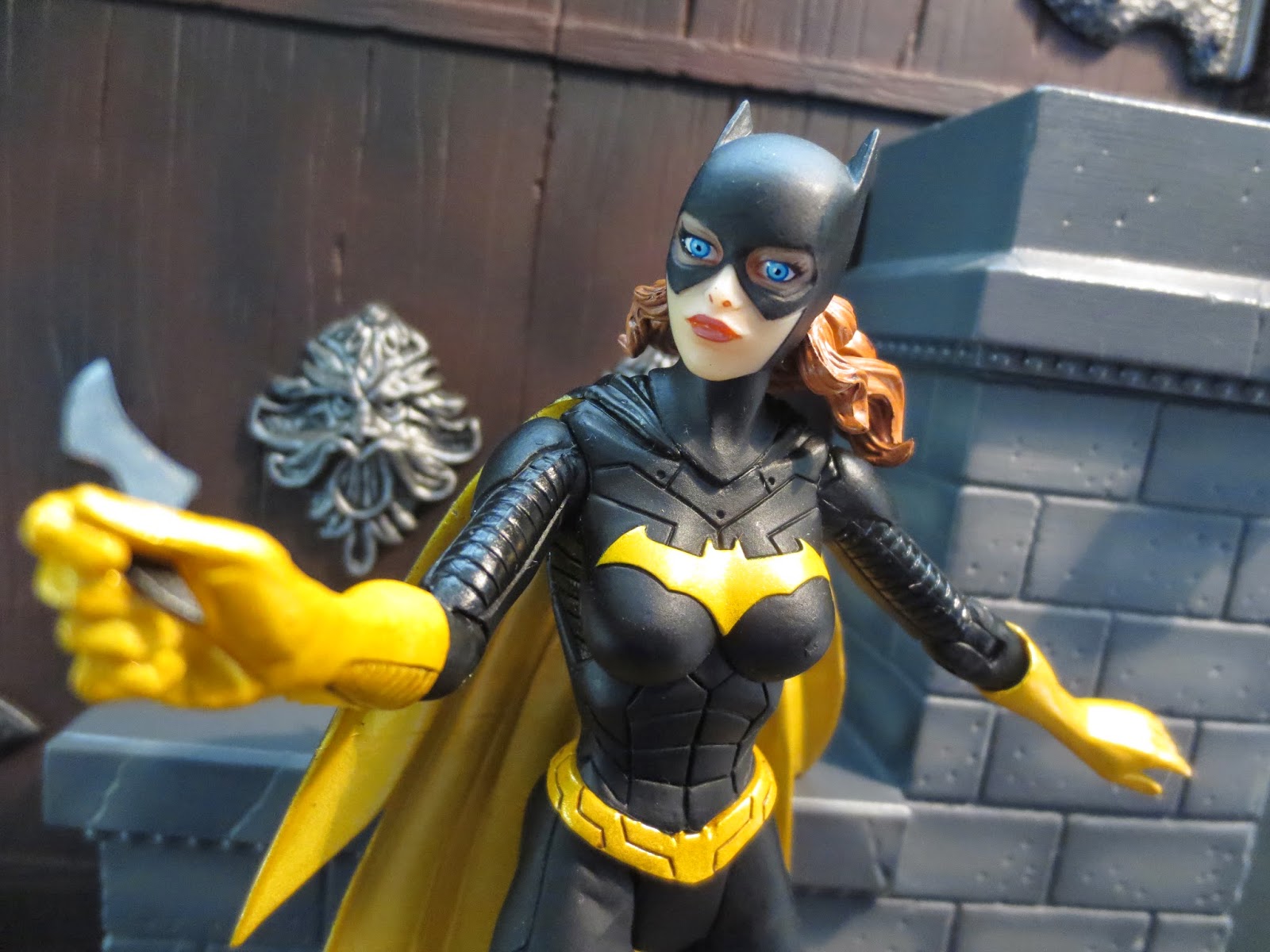 You probably knew this was coming because as a huge Batgirl fan I have to buy every Batgirl action figure, statue, and trade paperback that gets released. I wasn't expecting this figure until this spring but they seem to be showing up early which I'm completely fine with. While DC Collectibles released an awesome Batgirl figure in their The New 52 line this past fall, they decided to include Batgirl as part of series three of the Greg Capullo inspired DC Comics Designer Series. Upon learning that this figure was being made, my first thought was "When did Greg Capullo draw Batgirl?" Marketing stuff seems to imply this is a tie in with Zero Year, but that makes no sense and isn't true. The Batman figure in series three and Gordon are Zero Year based, but not Babs. If anything, this is based on her appearances in a few issues of the Death of the Family story arc. Anyways, it's another Batgirl figure and I'm not going to complain one bit. Ready for a look at the world's greatest, toughest, smartest, most popular superhero ever? Then join me for another Batgirl review, right after the break... 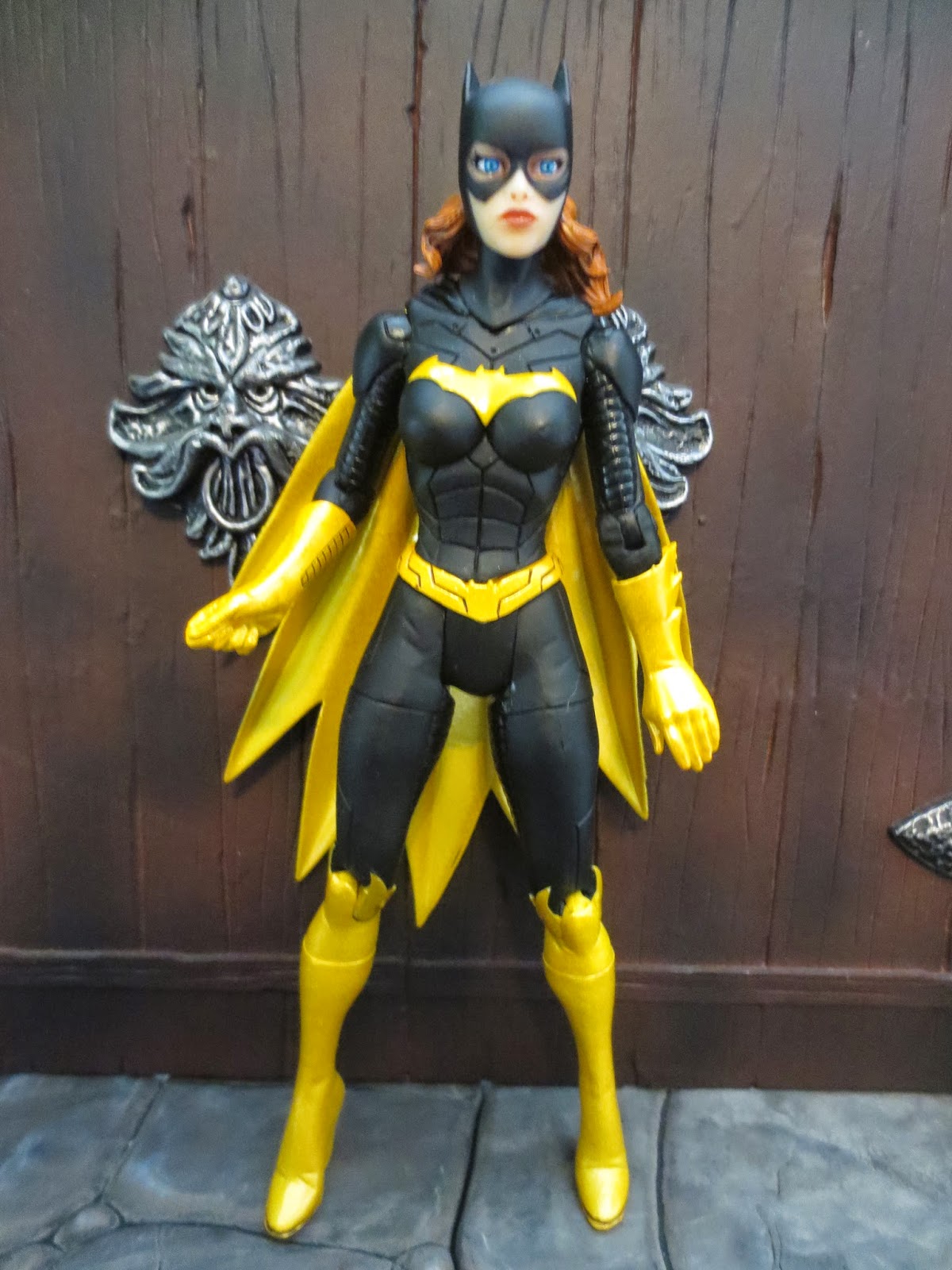 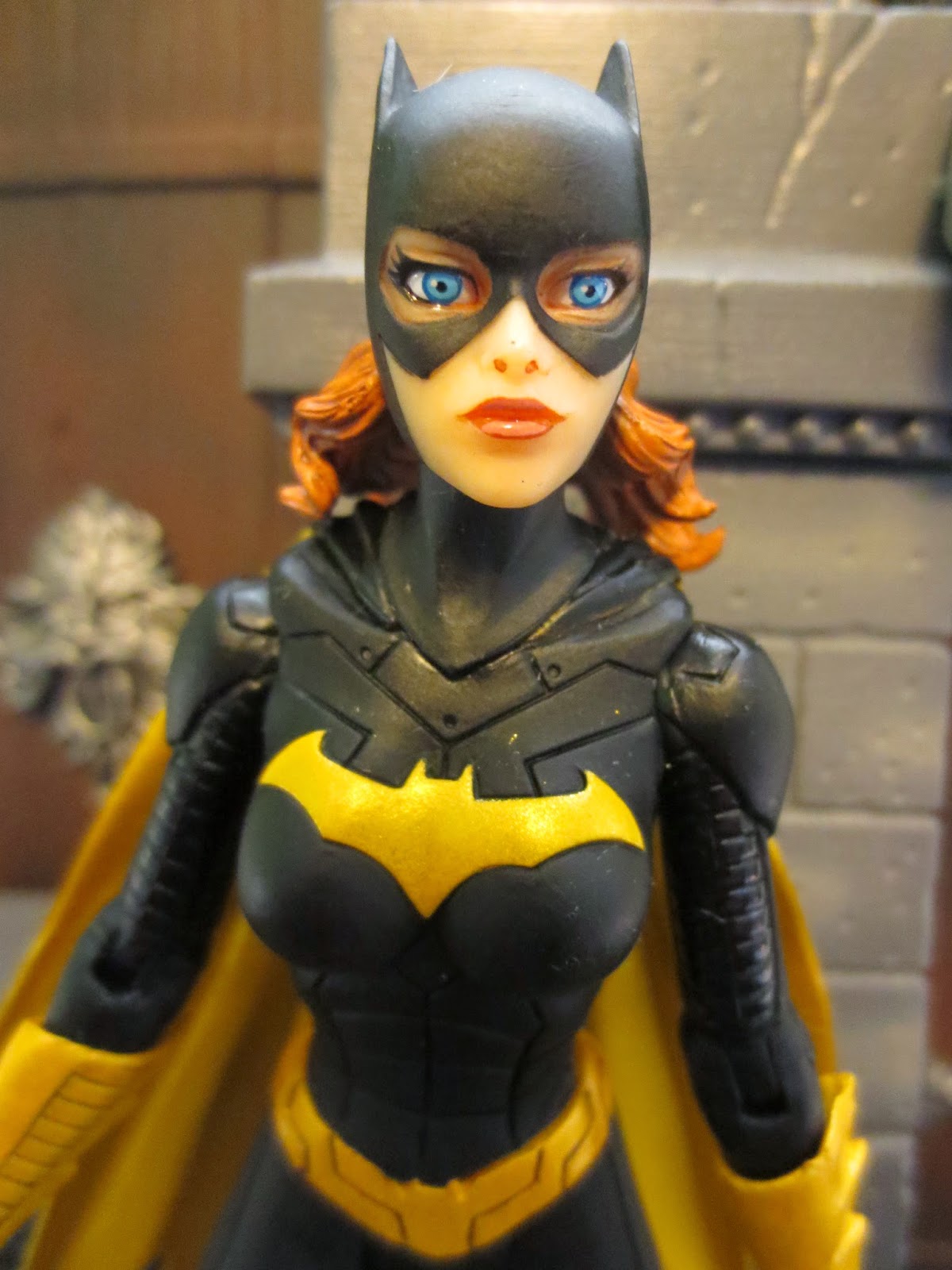 *While we've already received a New 52 Batgirl in pretty much this exact same costume from DC Collectibles, the subtle differences in style and in the uniform are enough to warrant a double dip. The biggest positives of this figure are the fantastic headsculpt and the detailed sculpting of the armor. While Batgirl looks rather lovely with slightly larger than usual features and a fuller face, she also looks rather determined. The paint work such as painting the nostrils and using a darker wash on the hair look just incredible and really differentiate this designer series from the standard New 52 line without making the lines totally incompatible. 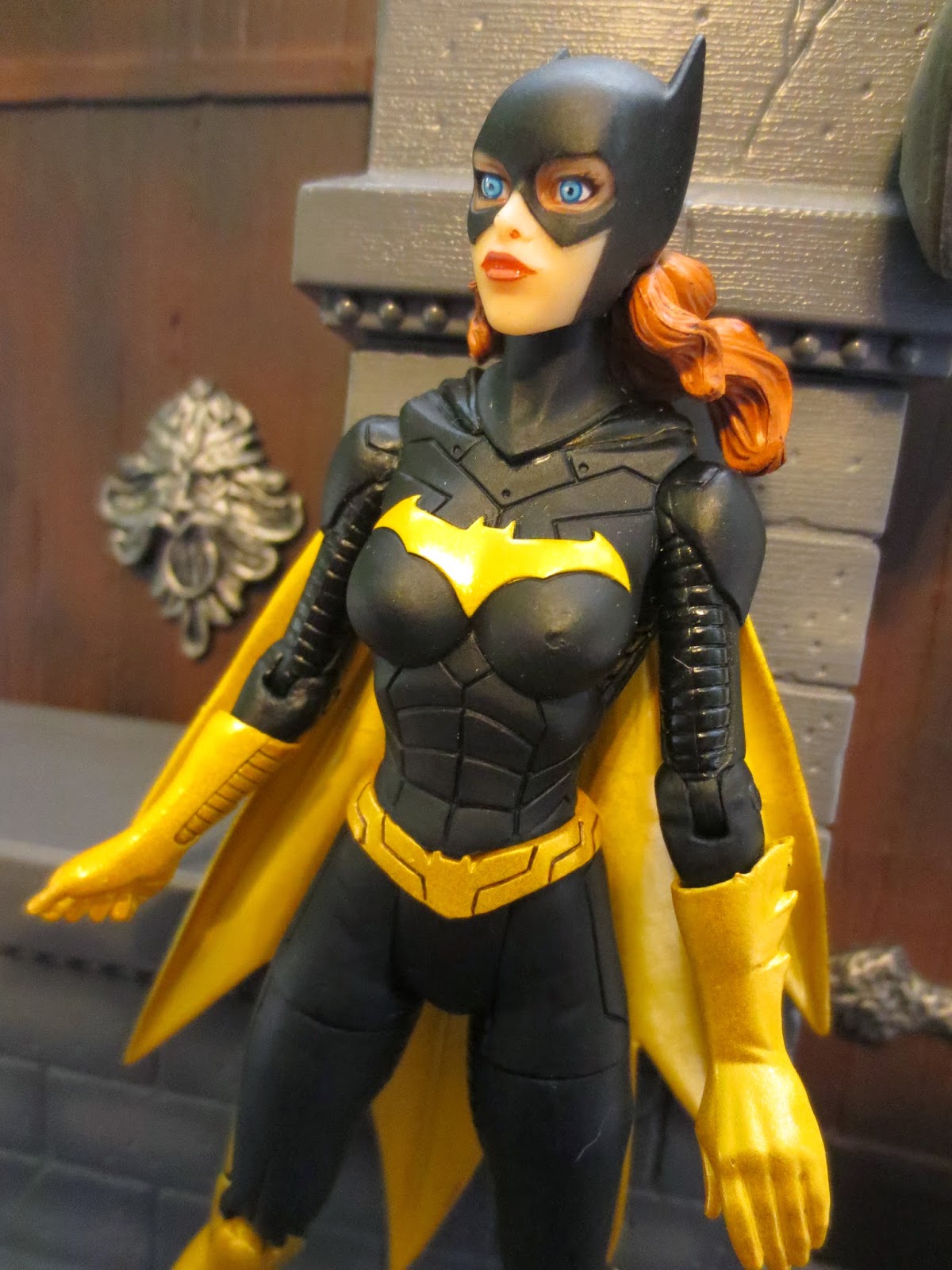 * Batgirl's uniform looks great and is incredibly detailed. Whether it's the textured, glossy material on the interior of her arms and legs, the heavy wash accenting the etched details on her gloves and belt, or the matte finish of her contoured body armor, everything looks incredible and functional. I will note that this version of Batgirl has wedged heels while the former New 52 Batgirl wears standard flat bottomed boots. *Batgirl's right hand is sculpted to hold one of her three included Batarangs in a readied position. It's nice when a figure's hand sculpts allow for a particularly small accessory to be utilized properly. 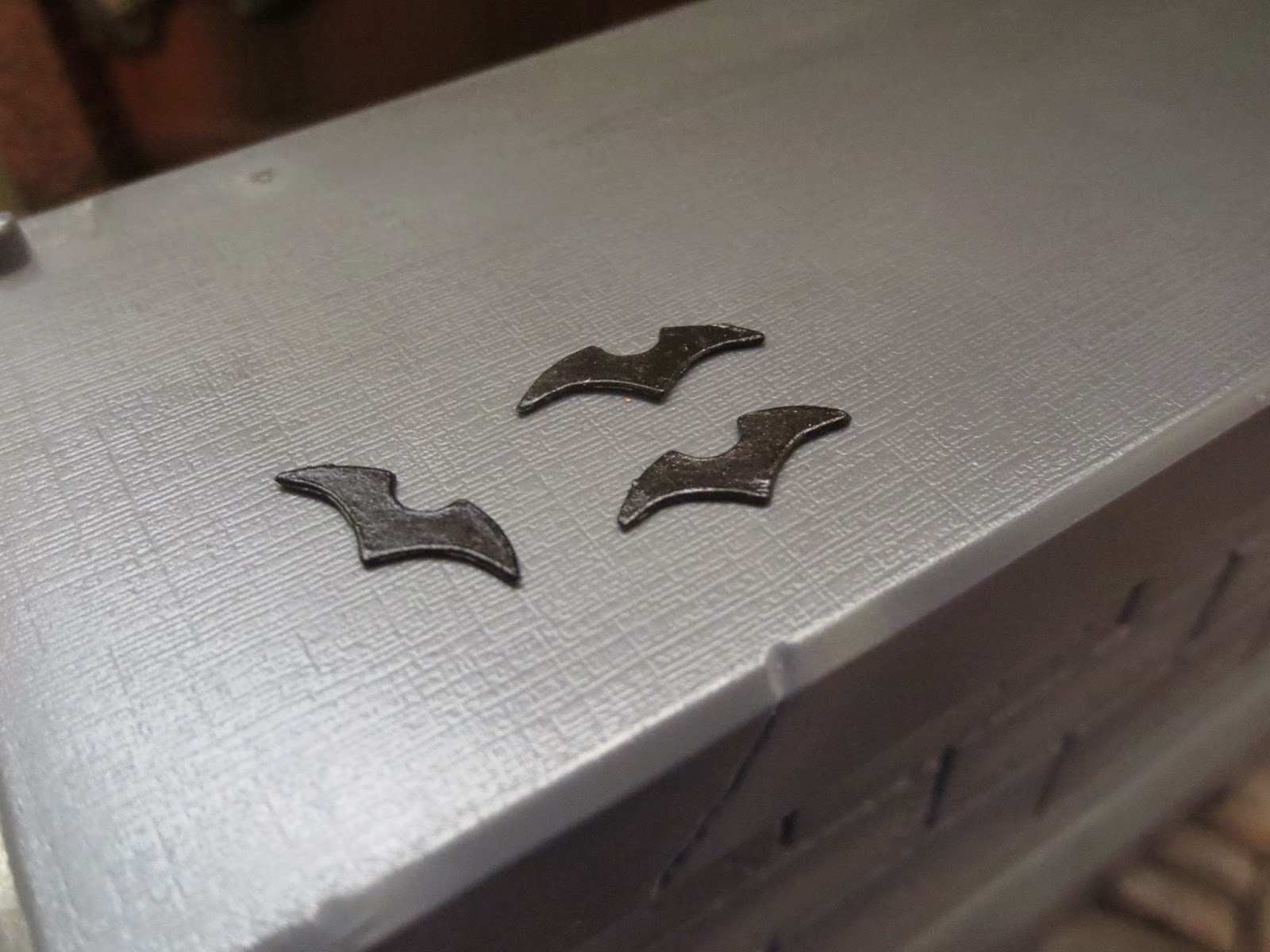 *And here are the Batarangs. They're really small so be careful not to lose them! While she can only hold one at a time, I'm sure you can outfit some other Batfamily action figures that came woefully under armed if you want to keep these somewhere other than in a box. 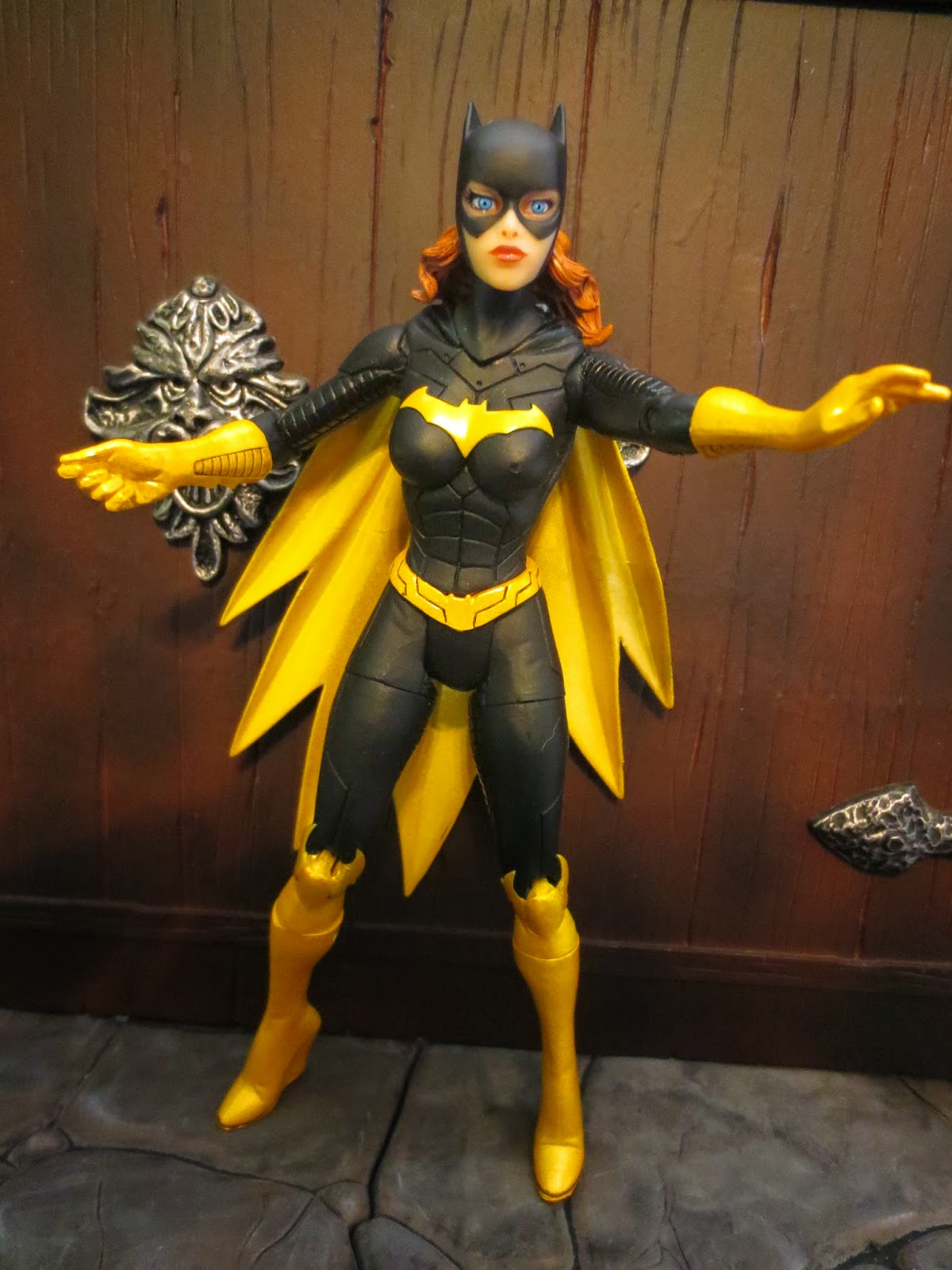 *I'm really disappointed in Batgirl's articulation. So far I've thought this series of figures has done a great job of selecting the necessary articulation points for various characters. While Batman, Nightwing, and Talon were incredibly well articulated, the Riddler and the Red Hood featured more standard articulation that worked for their non-athletic characters. Batgirl's a fighter though. She's world class and should be able to move as much as anyone else. Unfortunately, she is incredibly static. She can take a couple cool poses, but her swivel hips, lack of bicep swivels, and very limited ball jointed shoulders keep her from getting too dynamic. Very, very disappointing. 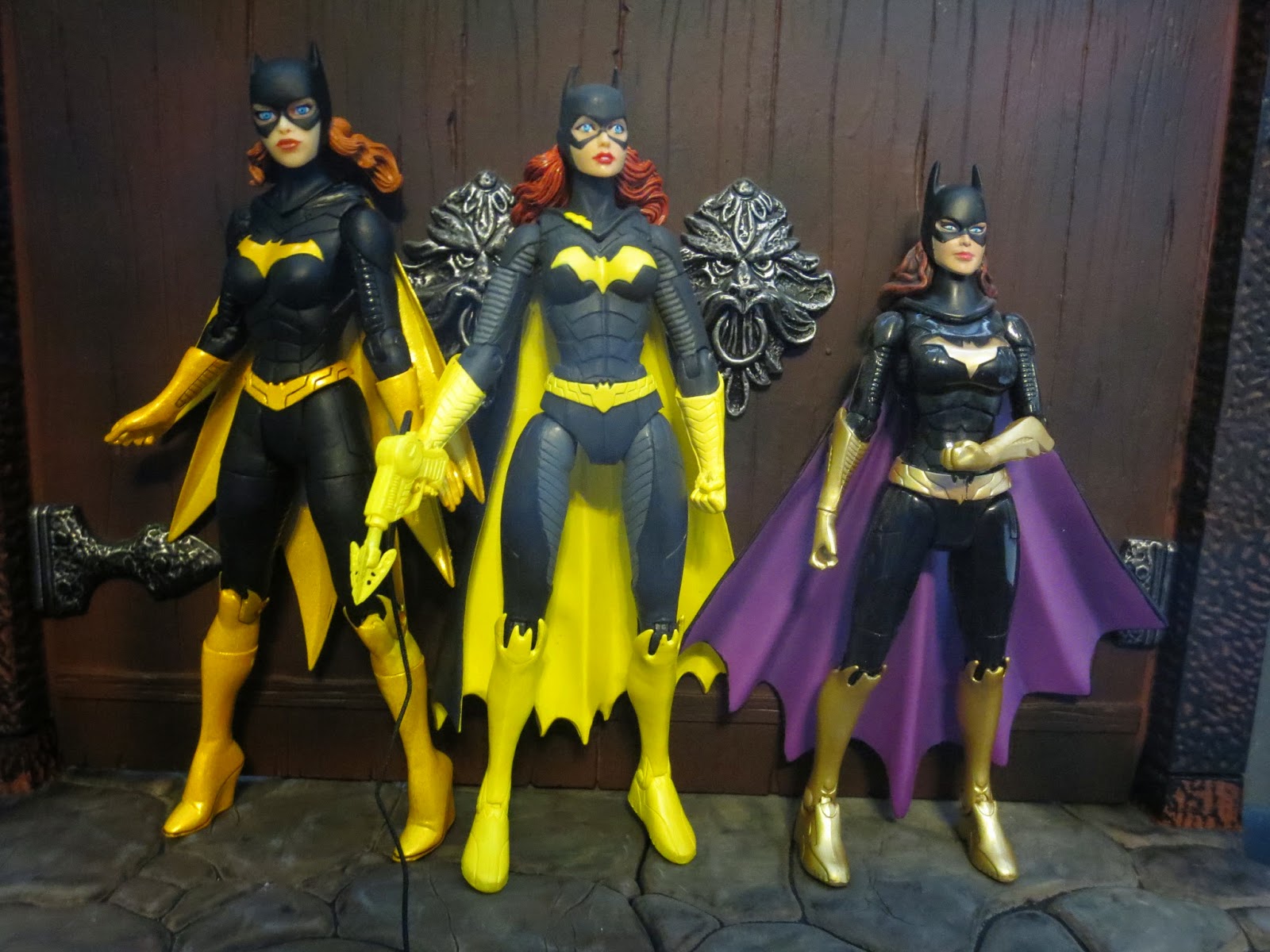 * Just for the sake of comparison I'll show off all three New 52 based Batgirl figures so far. From left to right is this figure, the previous DC Collectibles New 52 Batgirl, and Mattel's New 52 Batgirl from 2013's Batman Unlimited line. I actually like each of them for different reasons: The Mattel Batgirl has great articulation and resembles the Adam Hughes cover art for Batgirl #1, the previous New 52 release has a great grappling gun accessory and excellent articulation, and this Batgirl has amazing sculpting and paintwork. 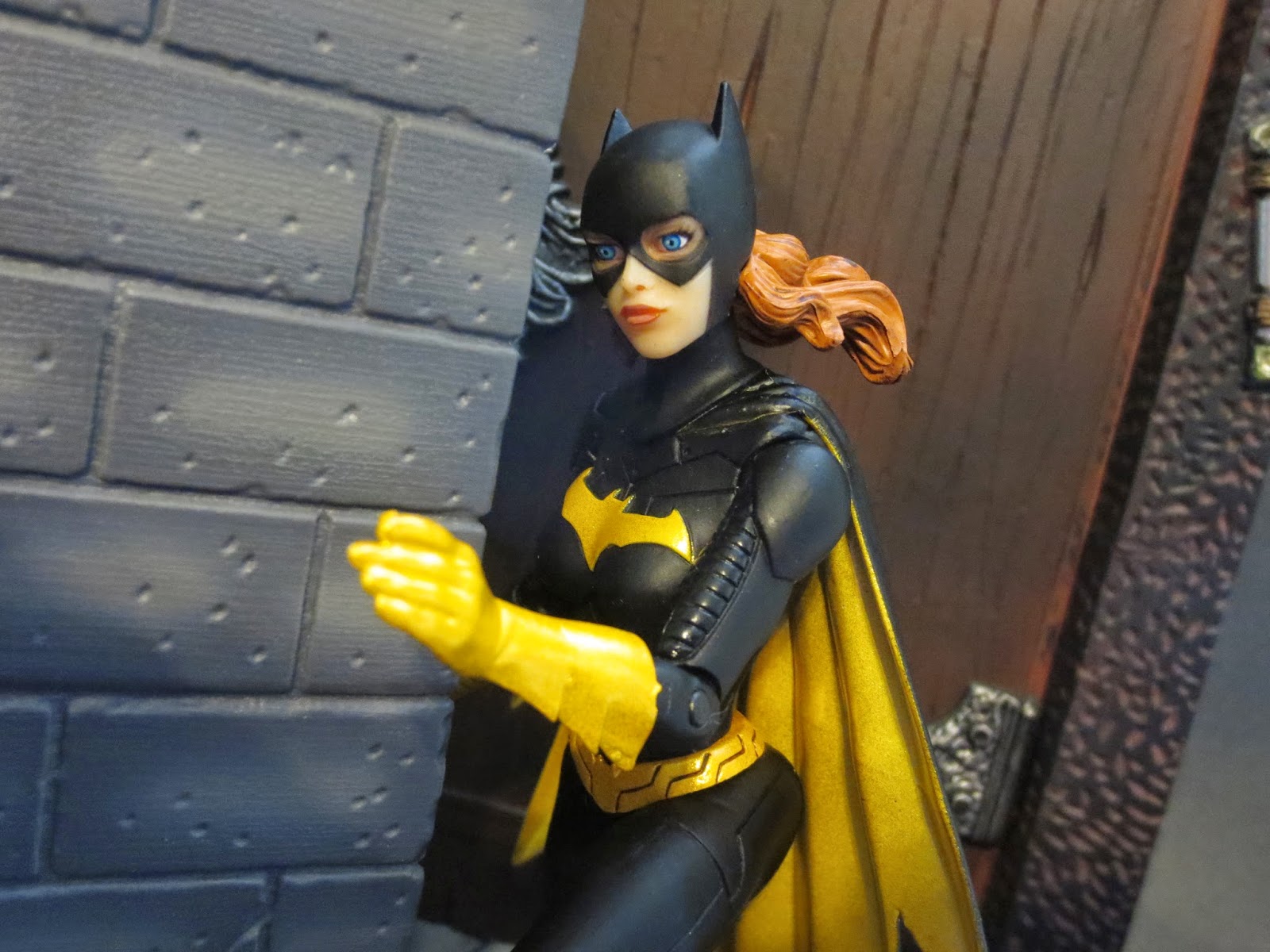 Sometimes being a huge fan of a character or property an action figure is based on causes you to give it more leeway while other times it causes you to be a harsher critic. I feel like today I'm probably being affected by both of these phenomena. This is a great looking figure and I'm thrilled to have it standing as part of my always growing Batgirl collection. Unfortunately, I'm a bit appalled that Batgirl was given such limited articulation. The Red Hood has as much or more articulation than Batgirl and he's not known for his athletic abilities and melee combat prowess. I'm not going to go so far as to claim that DC Collectibles is being sexist and choosing to focus on Batgirl's looks rather than her crime-fighting abilities since many other female figures from the company have featured more articulation, but the thought has crossed my mind. In the end, I'm giving Batgirl a Good and a 1/2. She's a gorgeous figure and looks awesome on display but her crime fighting is going to be a bit more limited.

So, recently we've gotten plenty of Batman figures, Red Robin, 2 Batgirls, Red Hood/Jason Todd, a couple of Nightwings, and a Damian from the Batman & Son line. Can I now ask where the heck Batwoman is? Seriously, when will we get an update of Batwoman? I know her book is ending, but I think for most of its run it was definitely in the top 5 books DC was putting out every month. For a good long time it was probably the best. What do we need to do to get a Batwoman figure, DC Collectibles? While you're waiting, you can check out a bunch of other Batgirl reviews I've written: