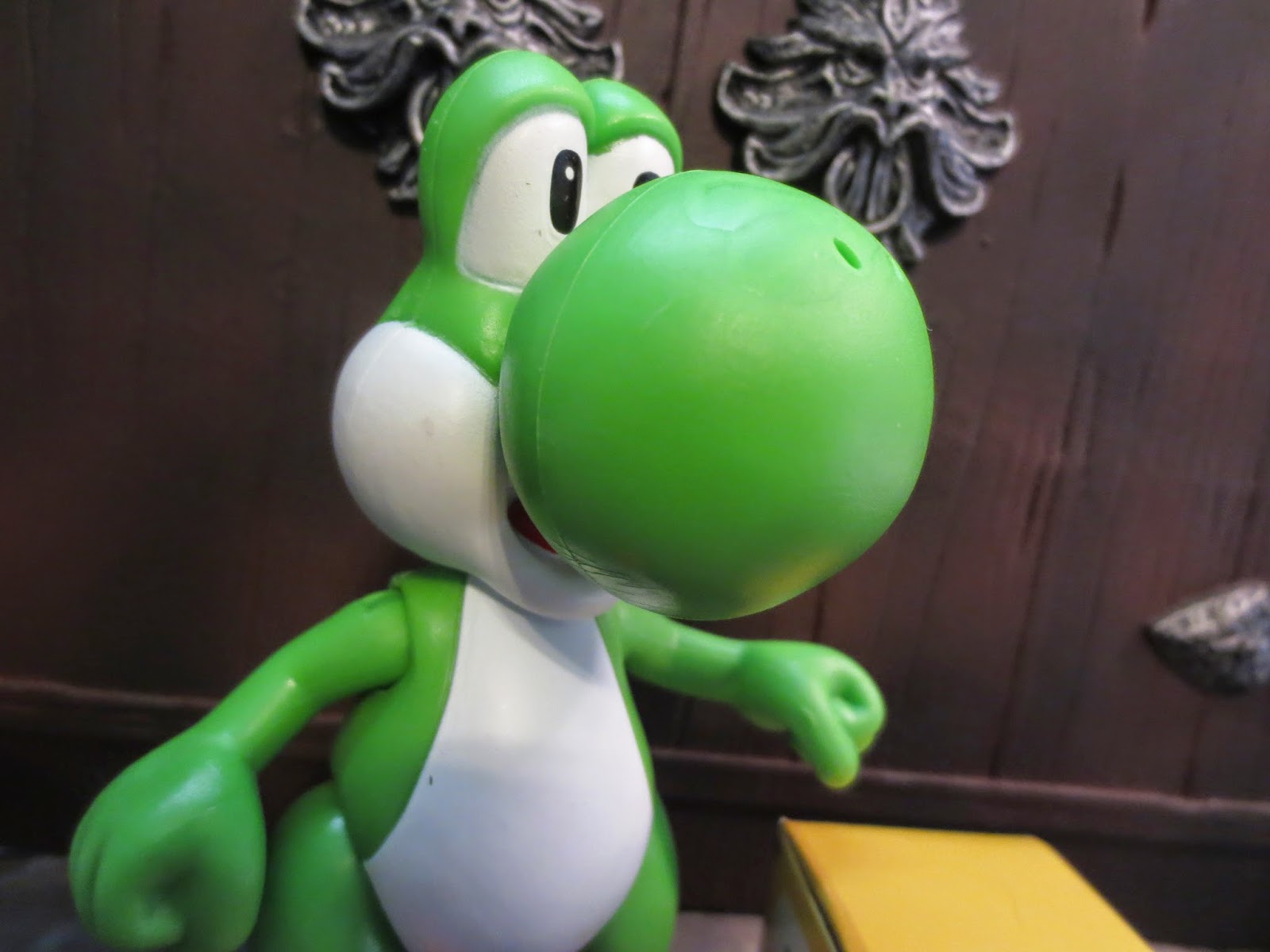 Jakks Pacific's world of Nintendo has been a pleasant surprise of a line. While they're not perfect, they are rather fun and inexpensive. So far I've looked at Mario and Wario from the first series and today I'm checking out Mario's friend, ally, and part-time steed Yoshi. Yoshi's full name is T. Yoshisaur Munchakoopas and he first appeared back in 1990 in Super Mario World for the Super Nintendo. Yoshi's size has varied from time to time but this figure is a pretty good representation of the standard modern Yoshi. Ready for a look at everyone's favorite dinosaur/ dragon sidekick? Then join me after the break... 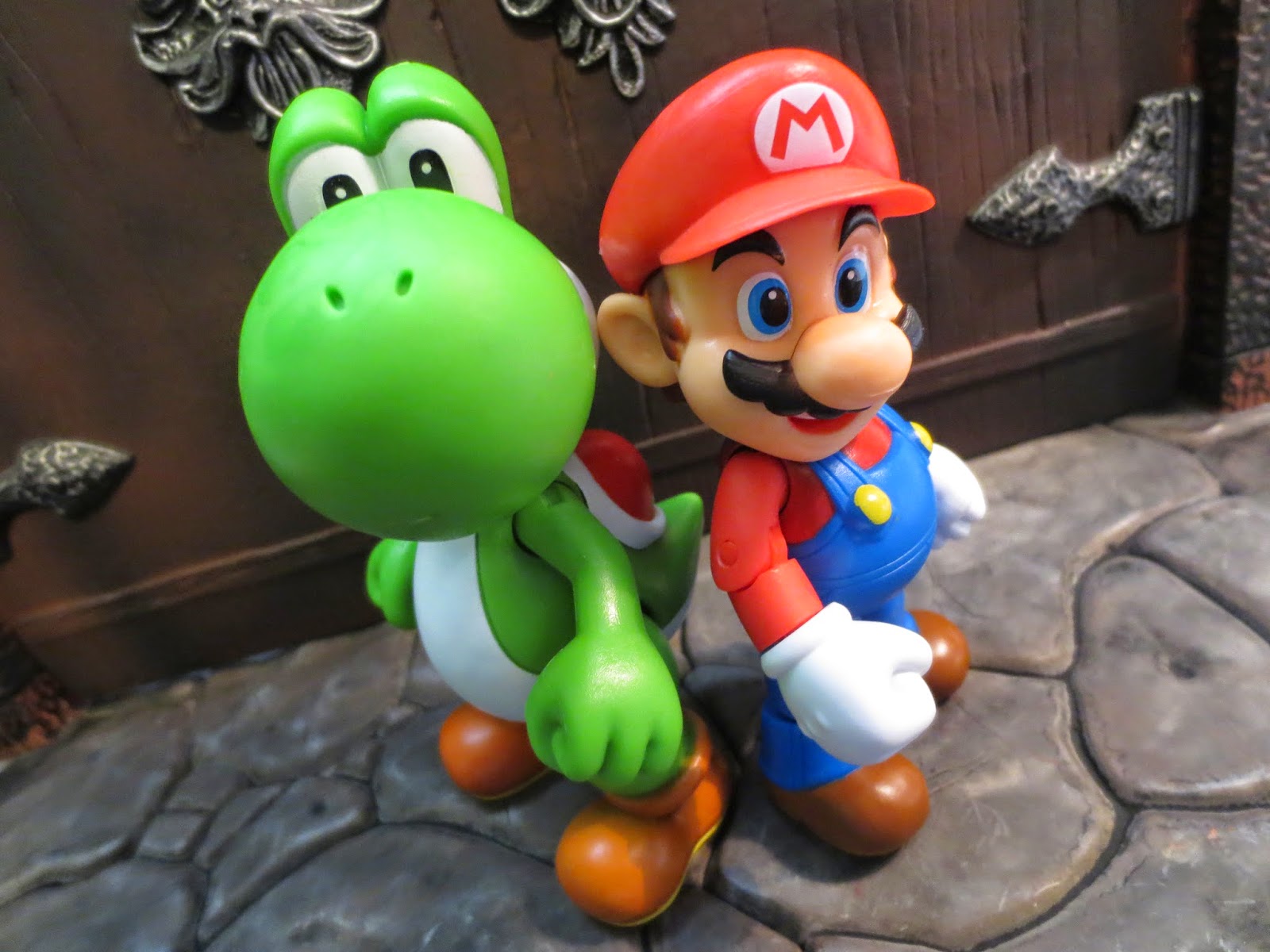 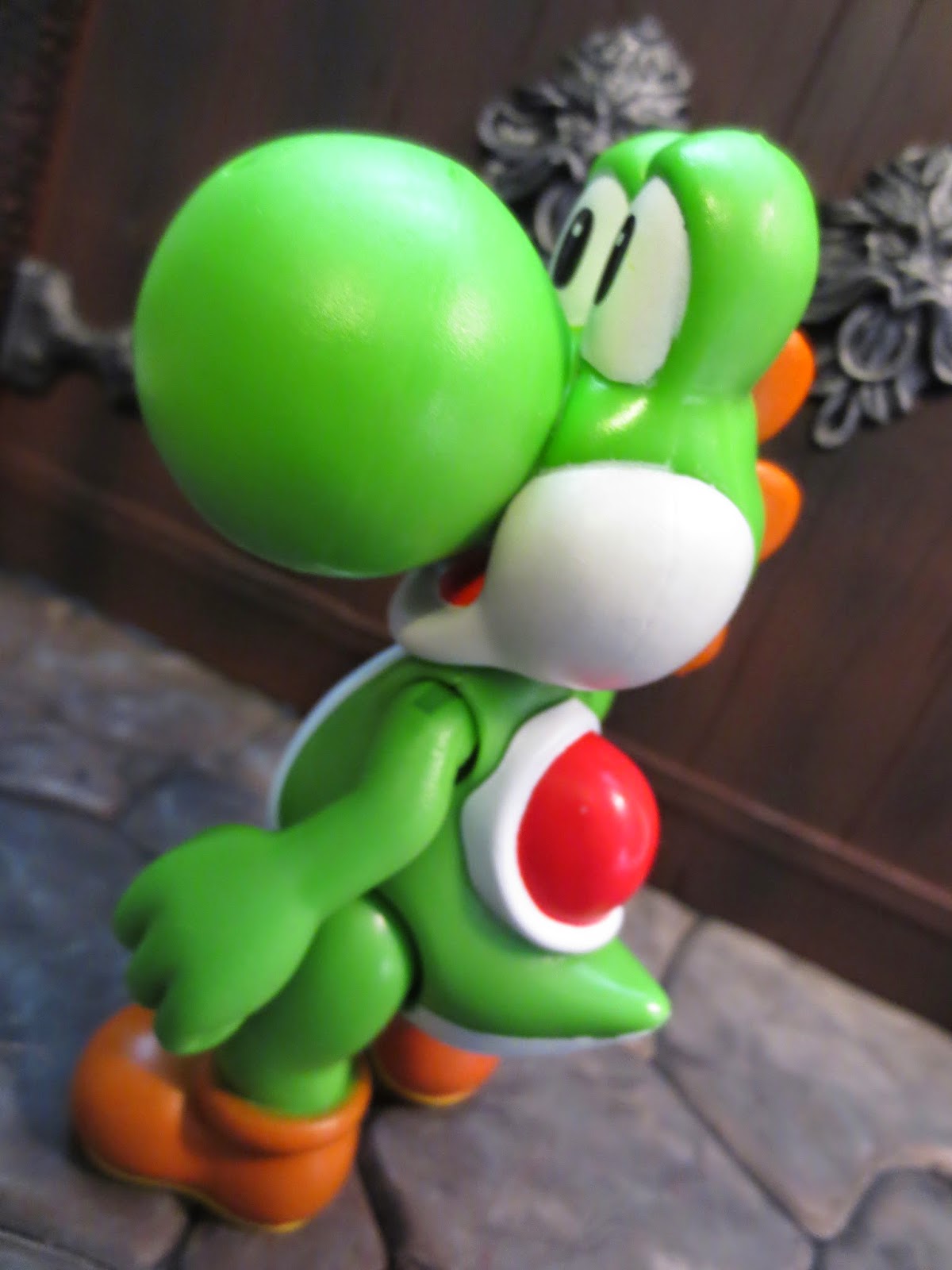 Yoshi has a great animated style that really does capture his appearance in the games and style guide art. He's really cute and looks great beside other World of Nintendo figures or any other video game based toy line that has playful character designs. 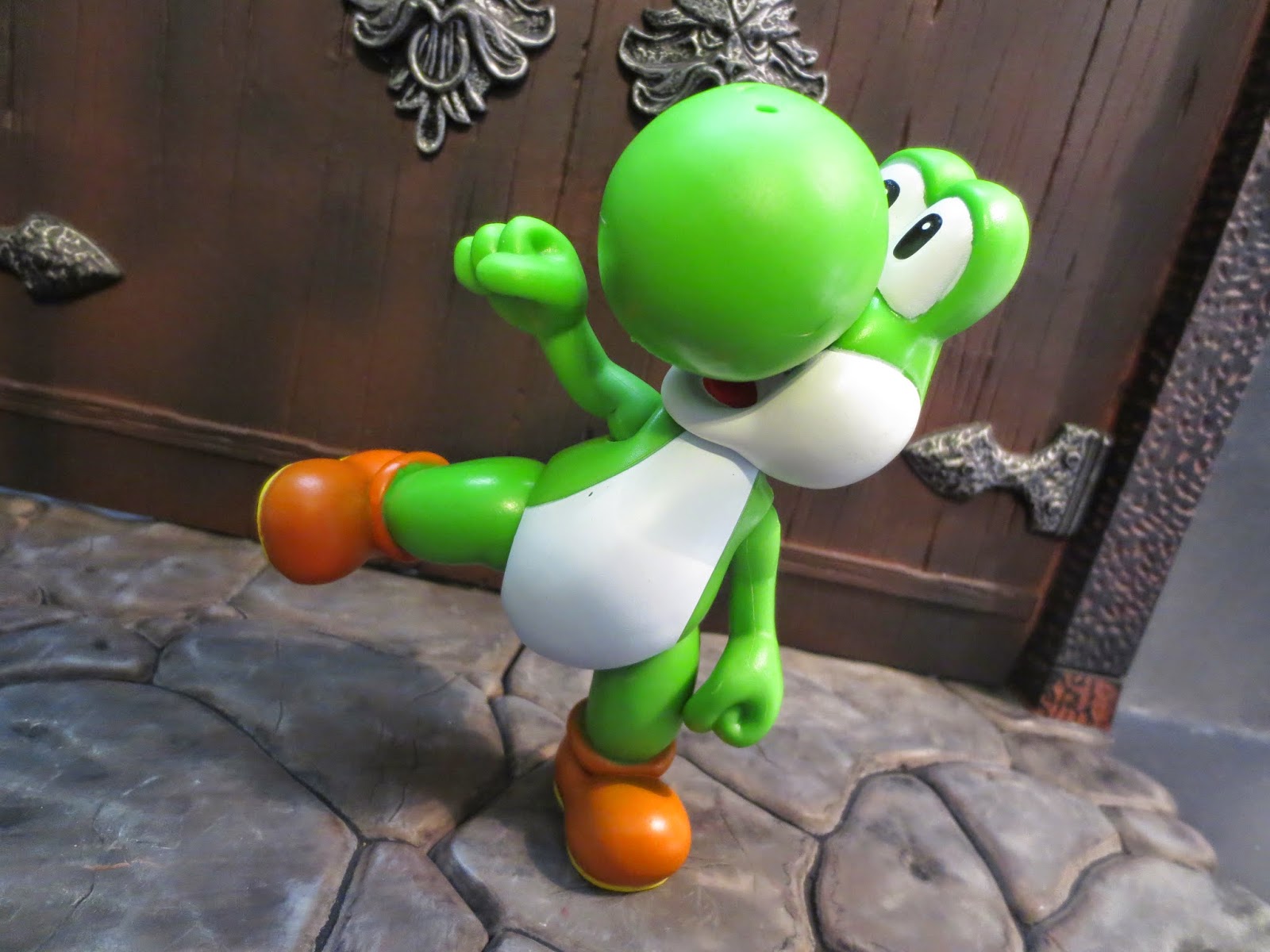 *I like the range of motion in Yoshi's shoulders and hips (he can hold a kicking pose with no hand support needed) but I'm rather disappointed that he doesn't have any other points of articulation. A ball jointed head or swivel wrists really would have been nice additions to this figure. 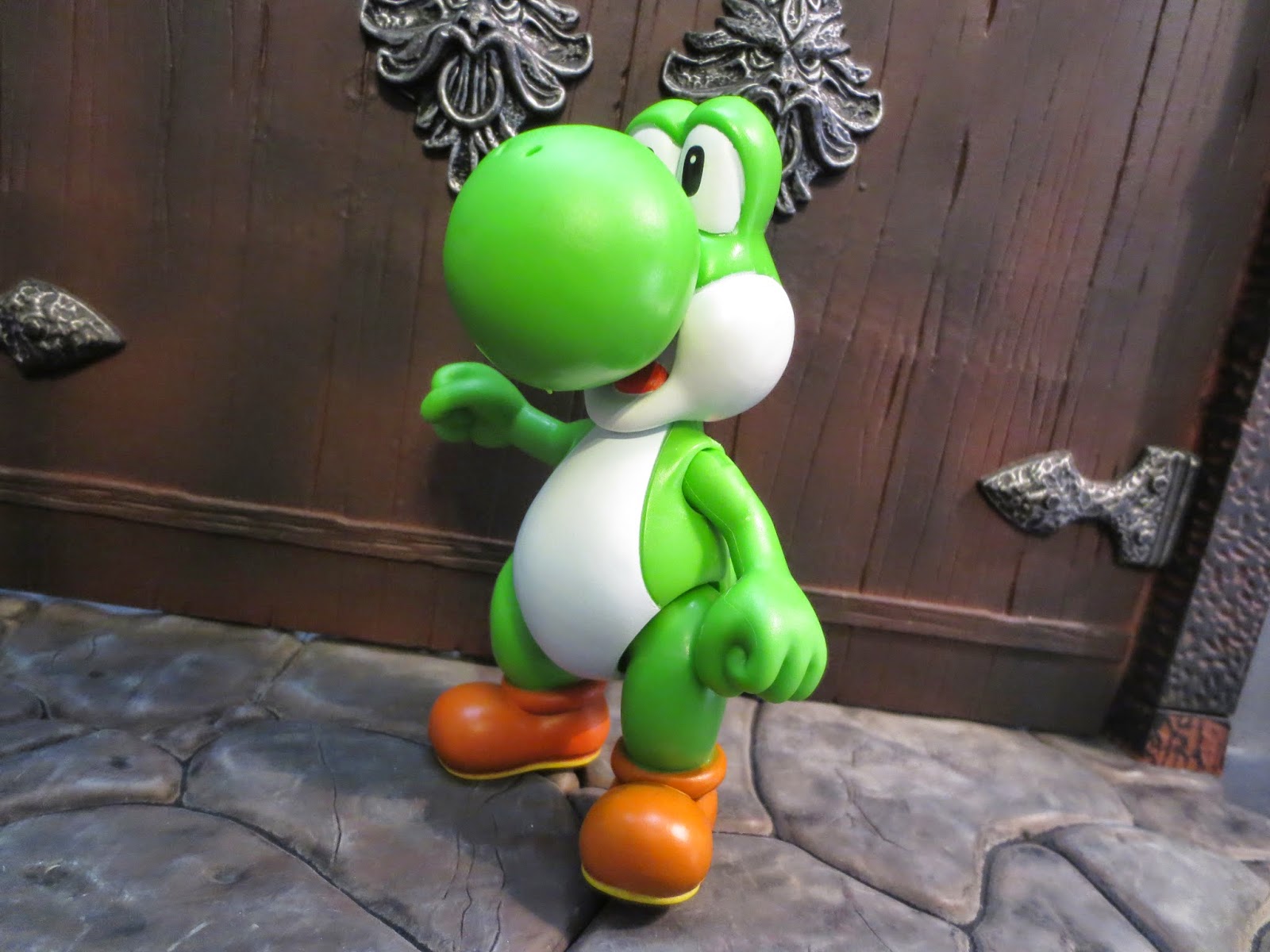 *The sculpt is nice. It's simple, but I think that is really in keeping with the look of most Nintendo characters. Bright, rounded, and colorful is the name of the game here. Everything looks right to me except the nose. I think it's just a bit too big and tends to obscure the mouth and eyes when displayed or photographed. I think it just needed to be a bit smaller. 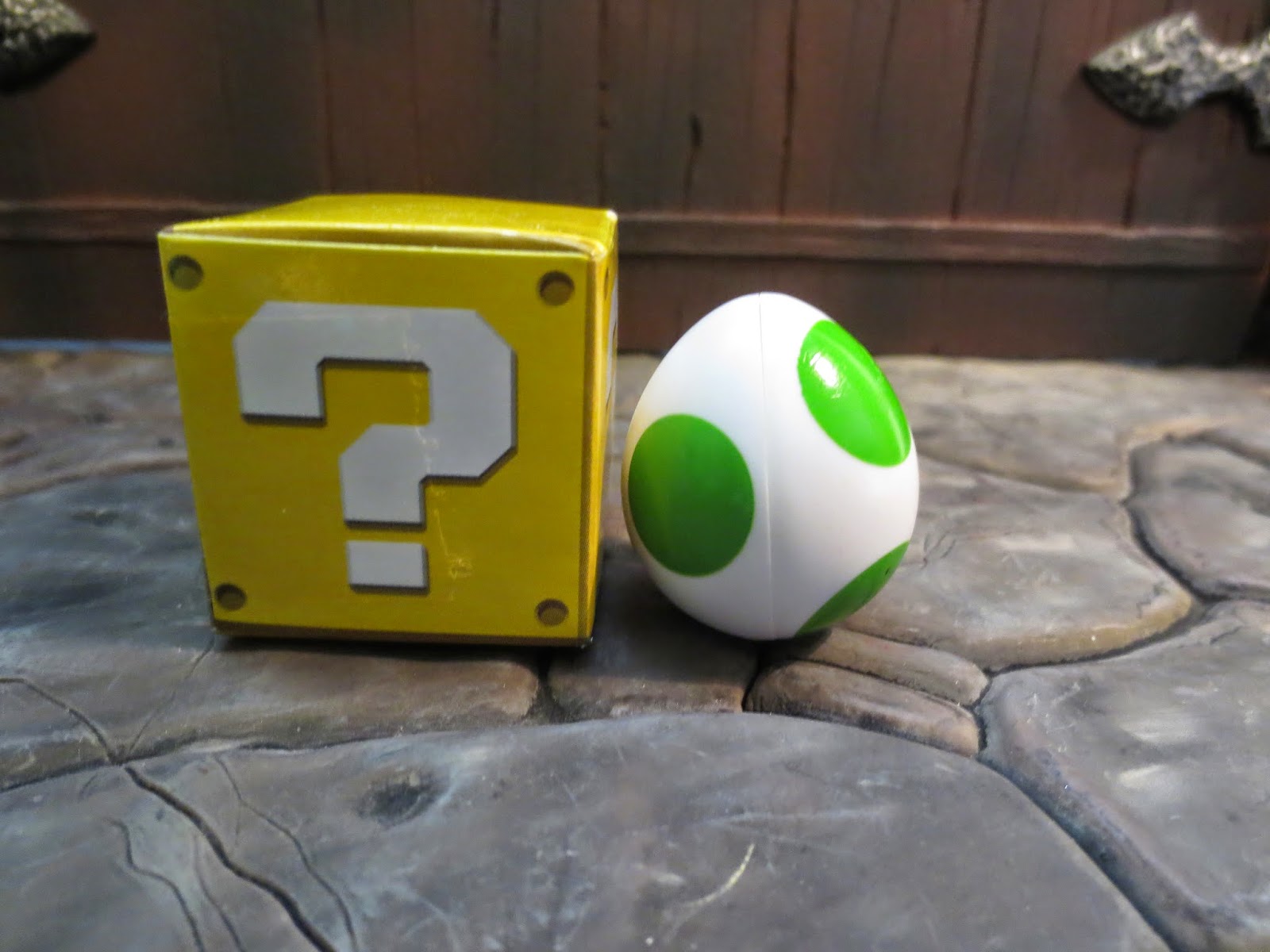 *I love the accessories that come with the World of Nintendo figures. The Yoshi egg is a simple hollow plastic piece that comes encased within the cardboard question block. There's no way for Yoshi to hold the egg (or for it to stand upright on its own) but it does look great. Honestly, many of the power-up items from the Mario video games are almost as iconic as the characters themselves. 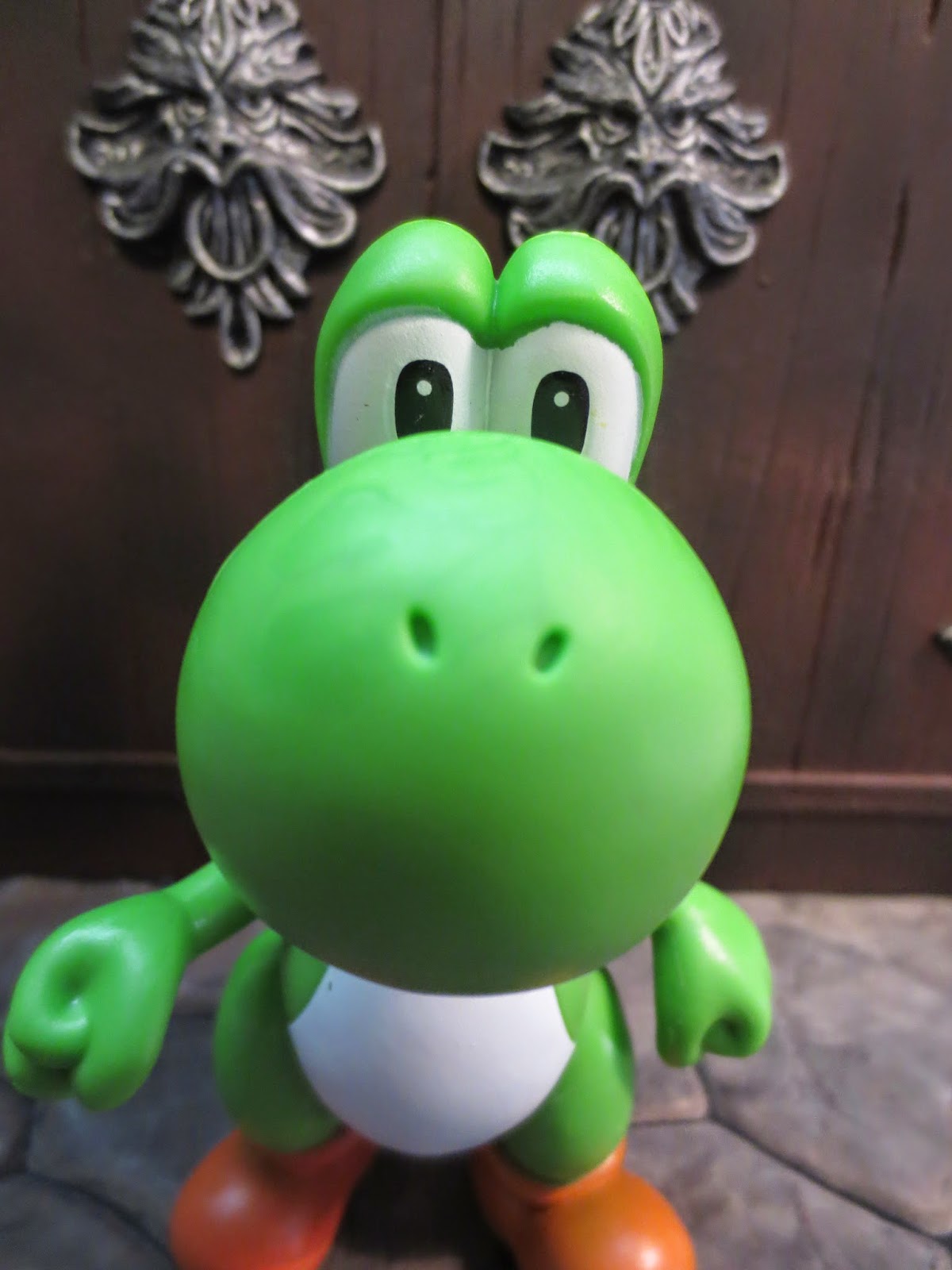 *Yosh's paintwork is simple but neat and clean for the most part. He's very bright and cheerful! I rather like that even the soles of his shoes are painted. An odd detail but an extra highlight nonetheless. 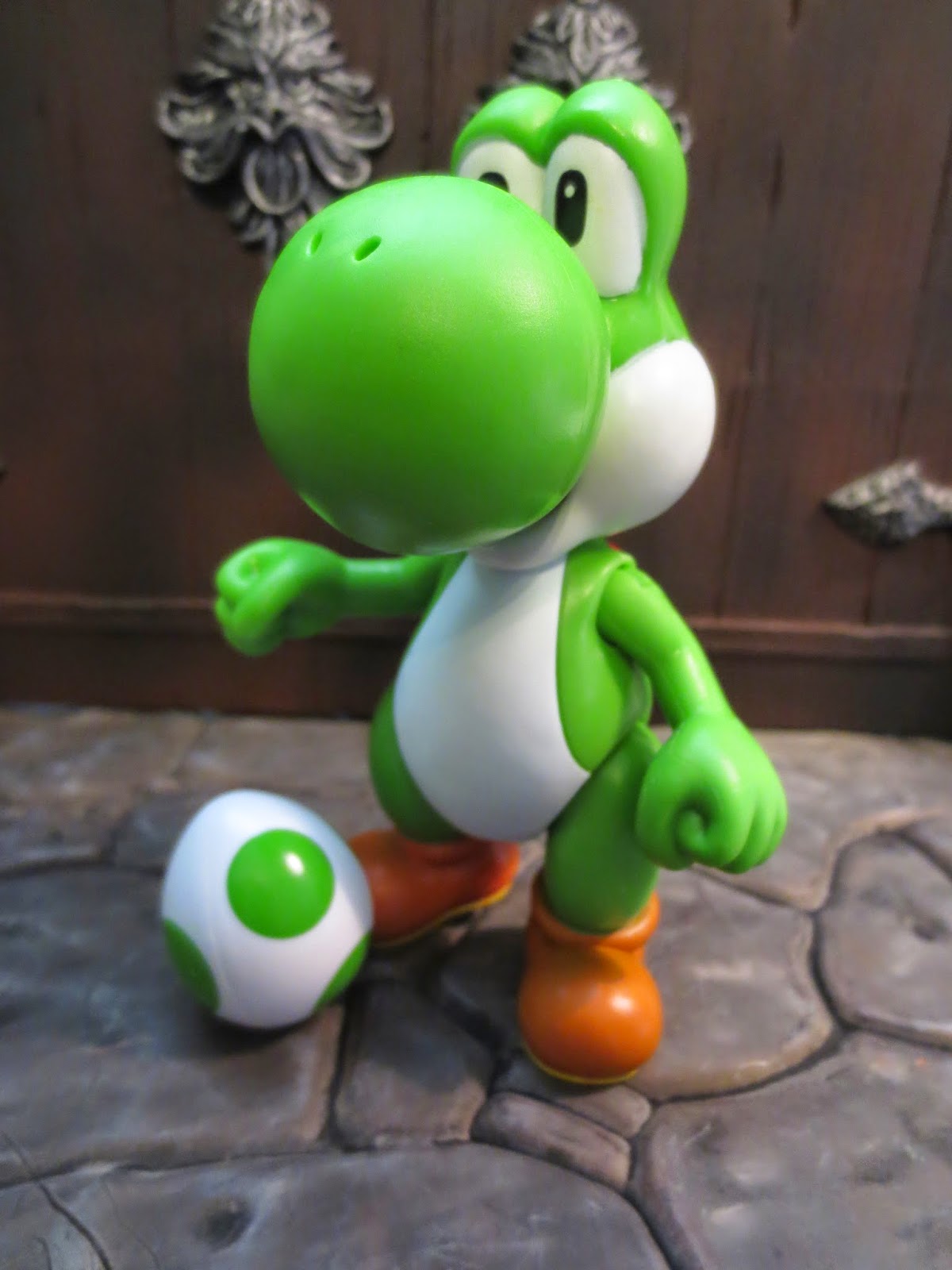 World of Nintendo isn't a line I had paid much attention to initially but it has turned out to be a really fun line. In the next couple of weeks I'll be looking at the rest of the figures in the series (Bowser, Donkey Kong, and Link) which I just got in the mail. Yoshi's articulation is a bit underwhelming and his nose is a bit too large but he's still pretty fun. Jakks did a nice job of capturing Yoshi's likeness and, for retail prices of seven or eight dollars, I think these are some really decent toys. I'm giving Yoshi a Good! Now, we'll wait and see if Jakks tries to release Yoshi in a multitude of colors. I don't know if I'd be into that. But maybe...
Posted by Barbecue17 at 1/11/2015