Action Figure Review: Professor from Legends of Cthulhu by Warpo 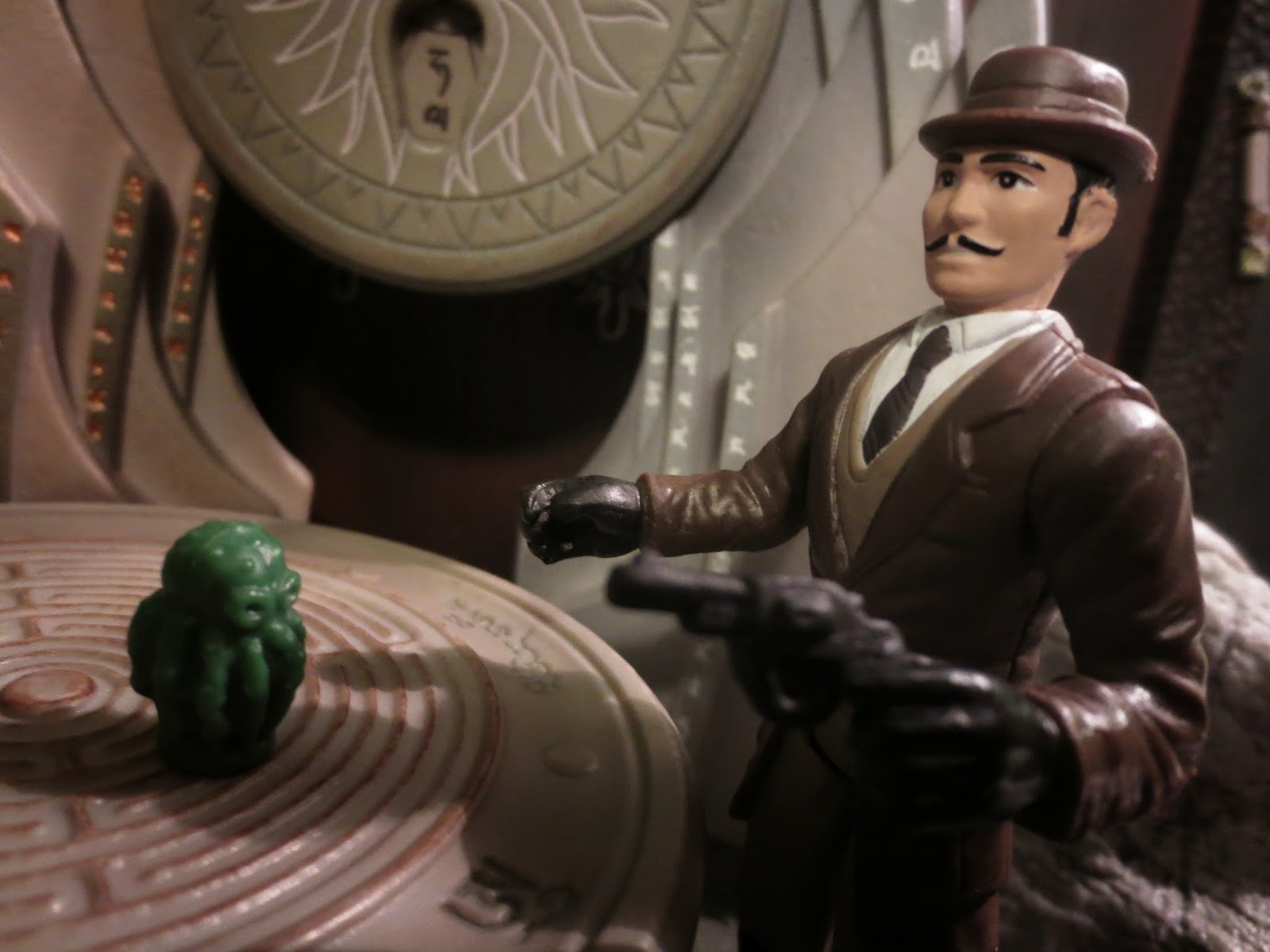 So far from Warpo's Legends of Cthulhu toyline I've covered the Cultist and his variant, the High Priest, and the Spawn of Cthulhu and his variant, Conjured Cthulhu. Today I'm looking at the hero of the toyline: The Professor, Cthulhu investigator. He's an archetypal adventuresome scholar from the early 20th century with his snazzy duds, dreamy mustache, and old school revolver who is ready to give the Cult of Cthulhu the what for. During the Kickstarter campaign one of the stretch goals was a variant of the Professor which was called the Author. It would have been a figure of H.P. Lovecraft himself but unfortunately the campaign didn't raise enough funds. Hopefully we'll see the Author in the future but for right now? Let's check out the Professor! 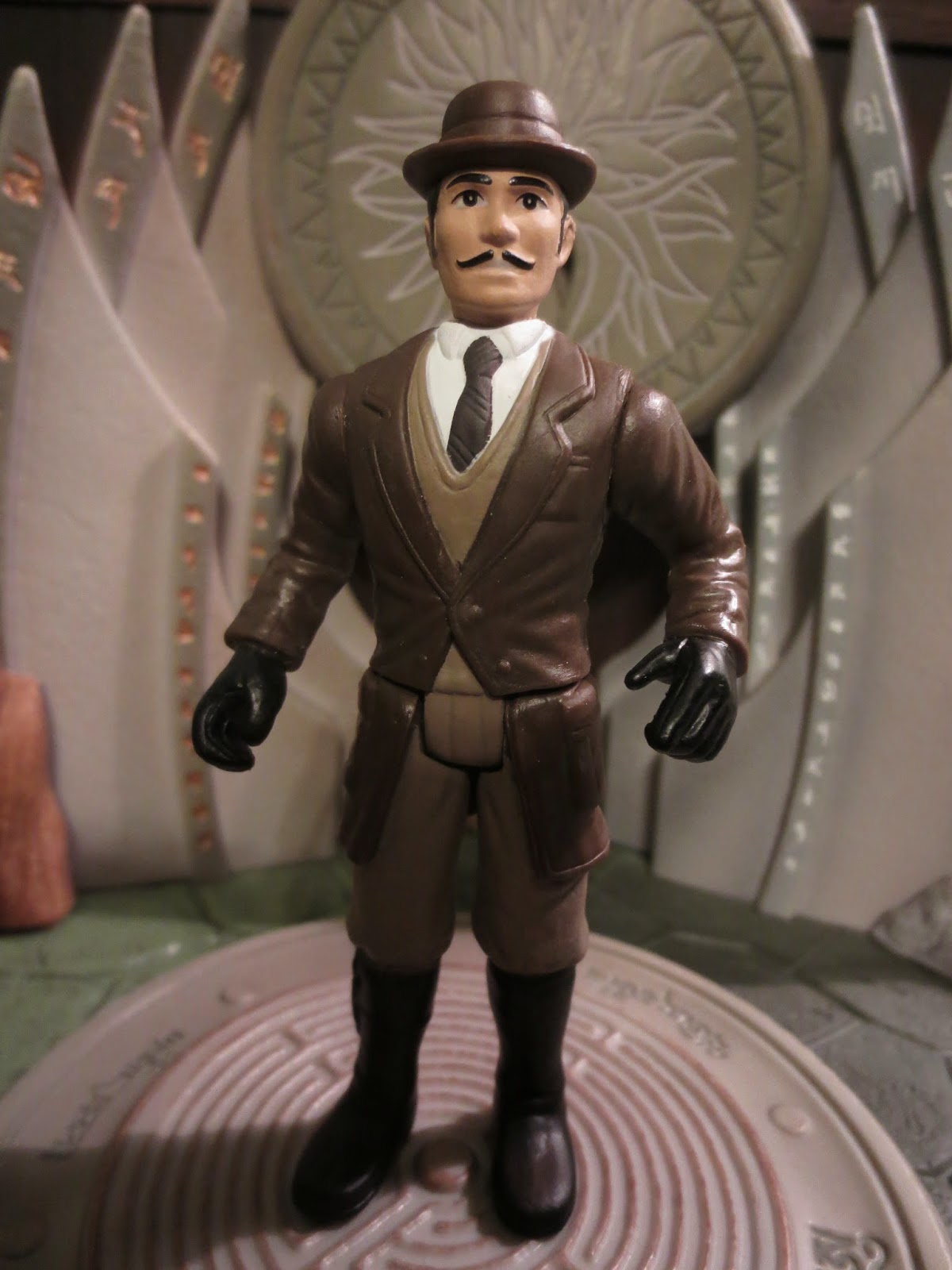 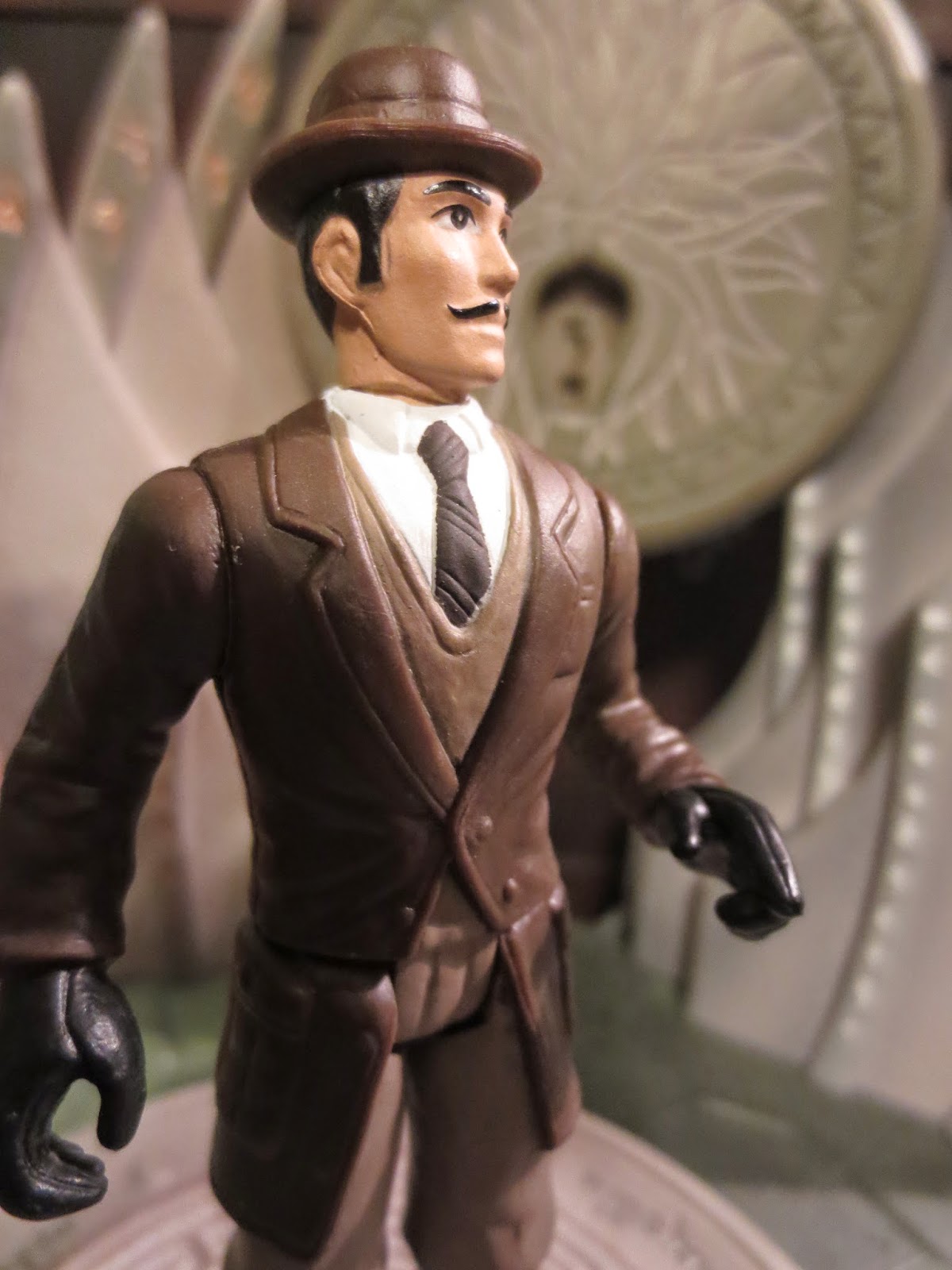 * As I mentioned above, the Professor is a great archetype of the kind of adventuresome scholar that you'd expect to see on the cover of a pulp novel or an H.P. Lovecraft themed role playing game. He's a little Indiana Jones, a little Sherlock Holmes, and a little Clark Gable. The sculpt is rather nice. His features are simply yet well defined and his outfit is rather complex with a vest and tie underneath a longer coat. The details are quite nice on this figure and the paint is very crisp. 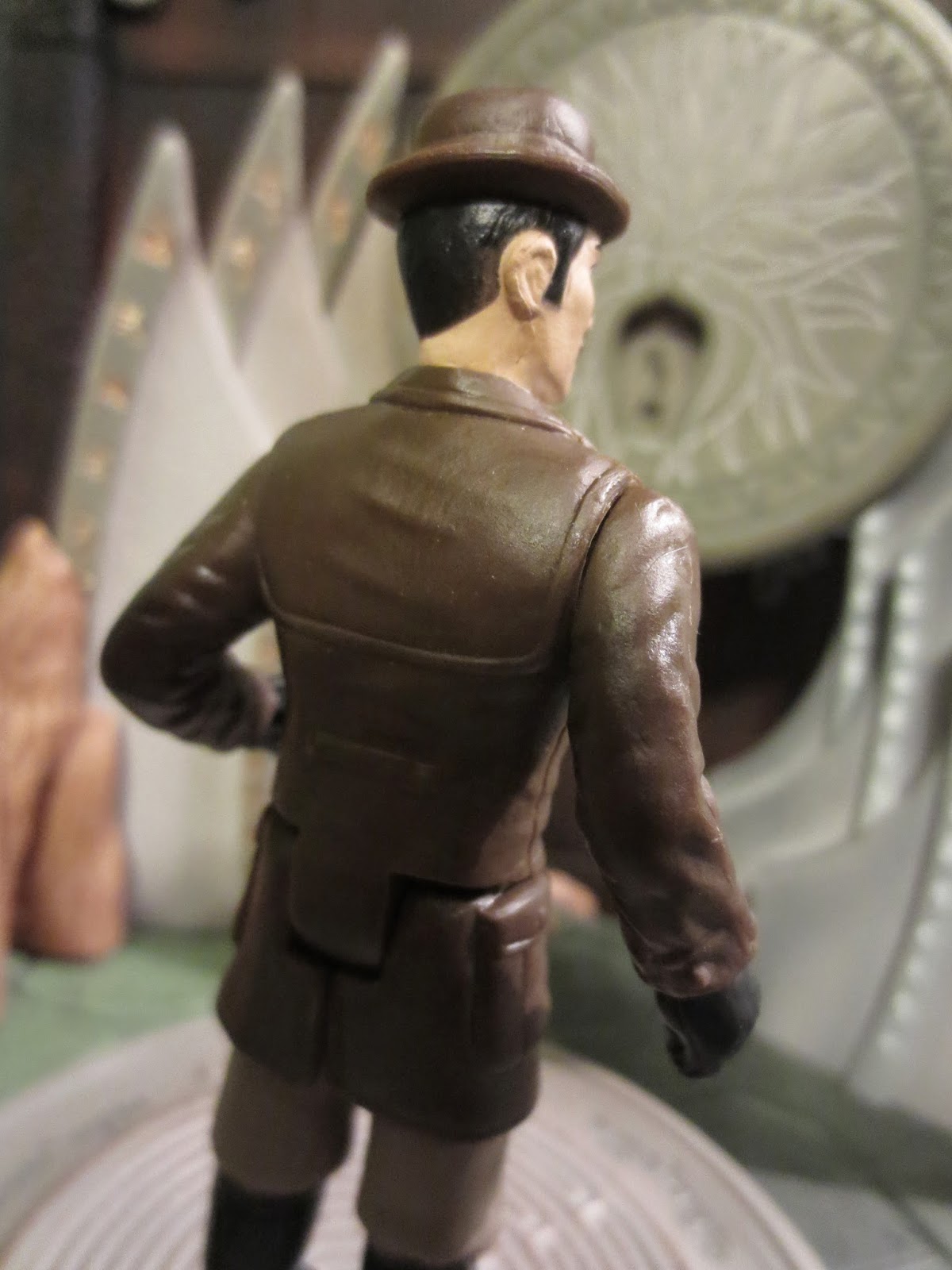 * Warpo has a nice grasp on the "vintage style action figures" market. He manages to capture that vintage feel while not feeling like he was thrown together and intentionally dumbed down. Funko has released some great ReAction figures (The Horror Series and Universal Monsters are pretty incredible) but some of their figures just feel thrown together rather than well designed to be vintage (Firefly and the Terminator figures come to mind); Warpo has clearly put a lot of thought into the aesthetics of this line and it shows. 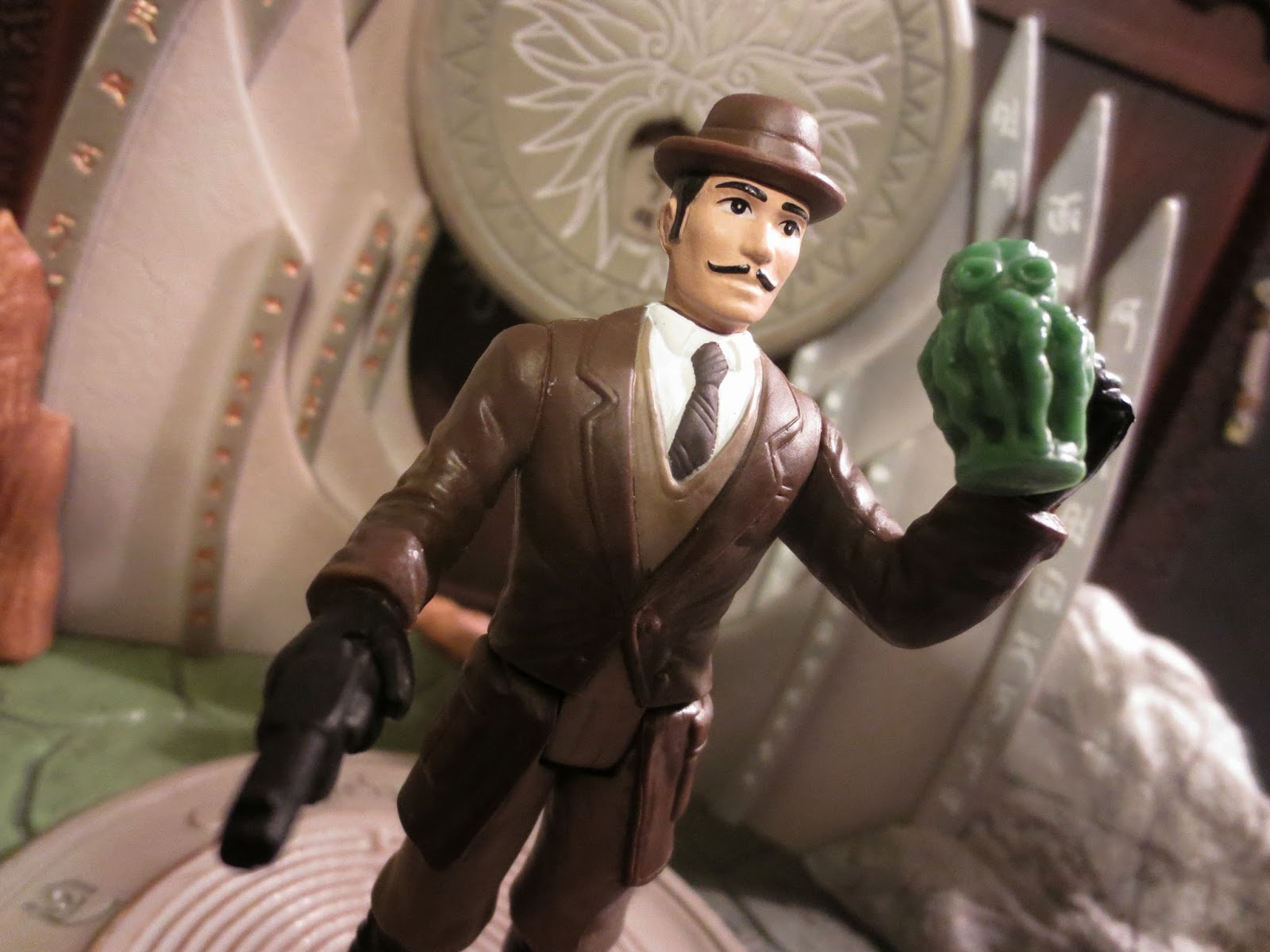 * I like the Professor's included pistol and Cthulhu idol. The pistol is a little bulky but the idol looks great. It's a neat extra and I love that it was cast in green plastic. It features some crevices so that it can be grasped by the Professor. It's a nice "story telling" accessory that's always fun to have in a toyline. 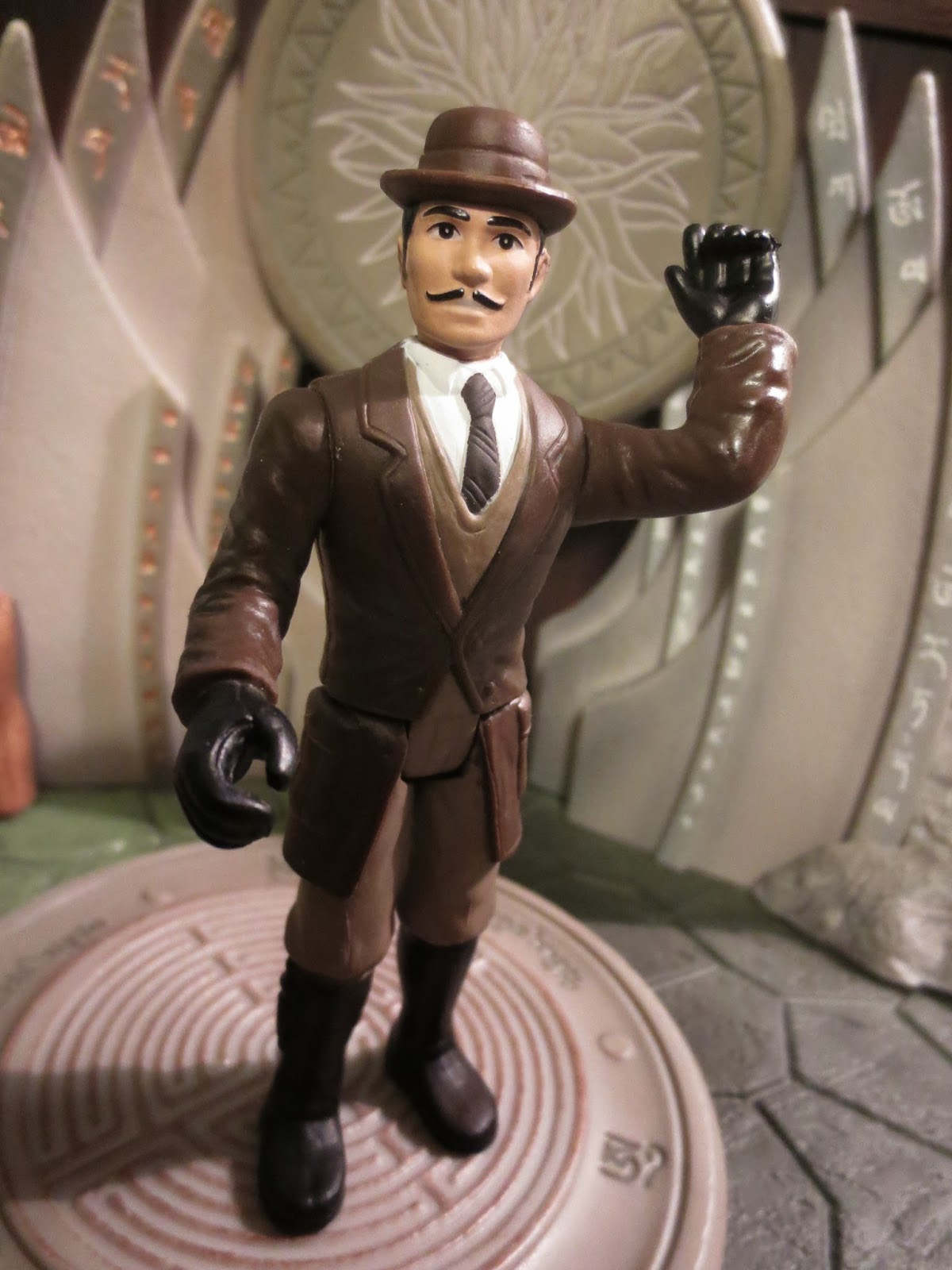 * While the articulation on the retro figures is what you'd expect (five points of articulation), the Professor's hips are rather limited making him unable to sit in any vehicles from retro based toylines. I was hoping to put him in a car or vehicle from the Indiana Jones toyline but he just doesn't want to sit like most other retro figures due to the sculpt of his jacket. 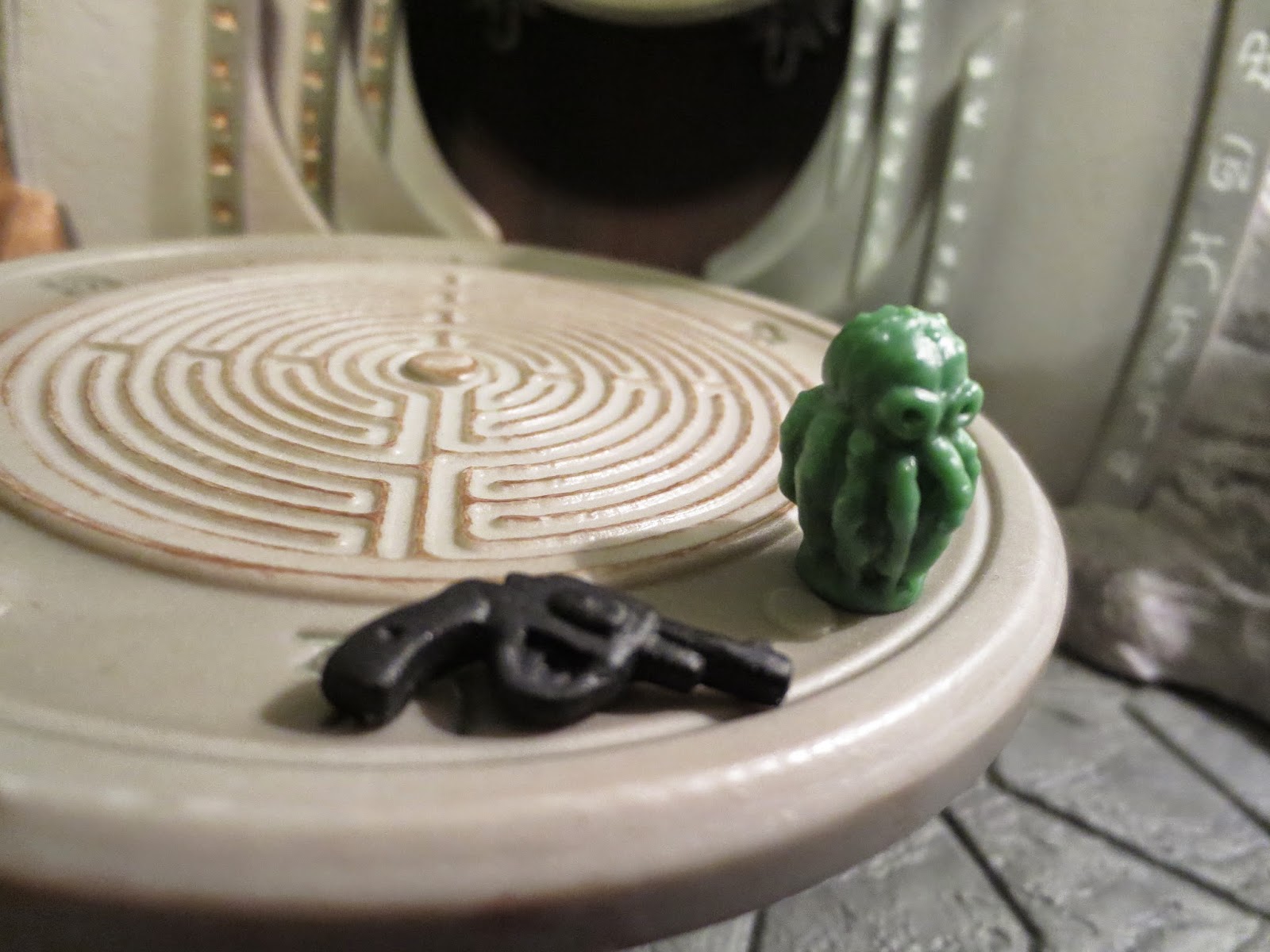 * I mentioned that the revolver is a little but bulky above which I think is the reason why it doesn't fit in the Professor's left hand. The left hand clearly looks like it's in a firing pose but I can't for the life of me get the revolver to stay out for more than a few seconds. It's just a bit frustrating. 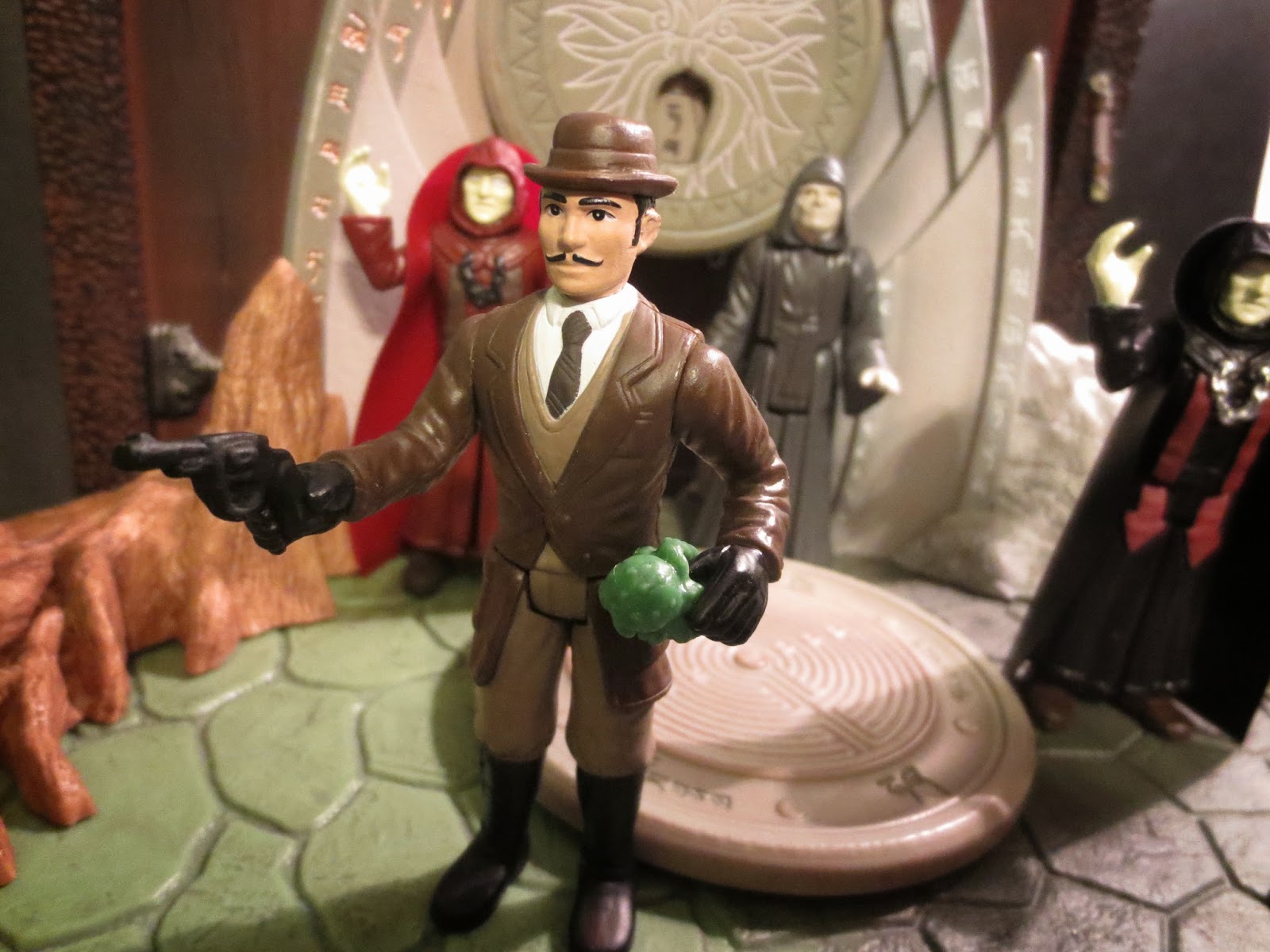 * While I'm still a bit miffed that we weren't given the option to purchase the Author, the Professor is still a good figure. Every toyline needs a hero an the Professor fills the role well. He's not the best figure in the line, and in fact he might be the weakest, but he's still quite interesting. Ultimately I'm giving him a good rating. I think he's the most skippable figure, but  can't for the life of me decide why anyone interested in this very cool, small toyline would choose to skip a figure. When you need someone to steal the Cthulhu idol, destroy the Necronomicon, and give a lecture about the history of cults around the world, I think the Professor here is probably your go to guy. 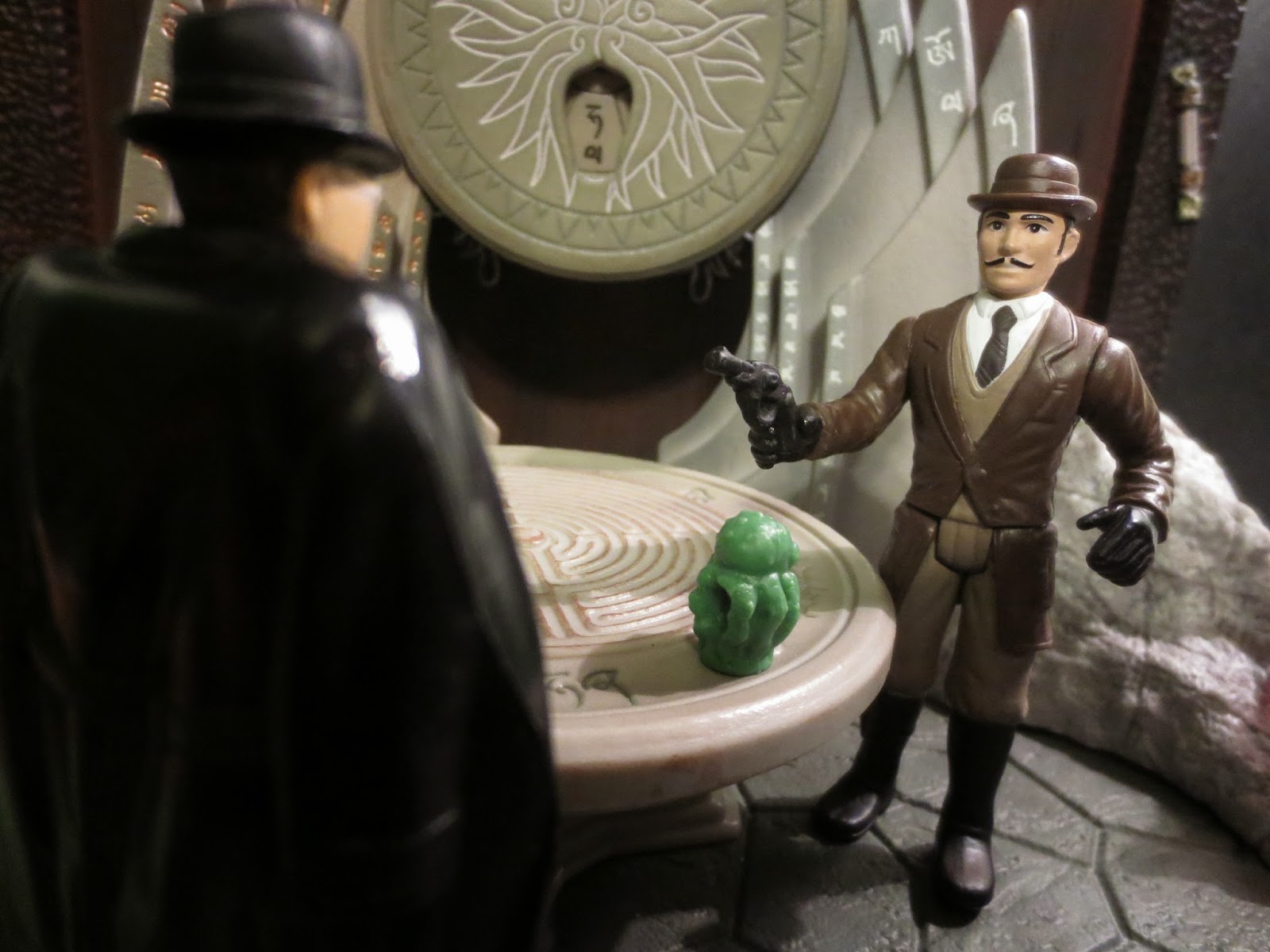 I've reviewed four other figures in this line so far:
Conjured Cthulhu
The Cultist
The High Priest
Spawn of Cthulhu
Posted by Barbecue17 at 1/31/2015