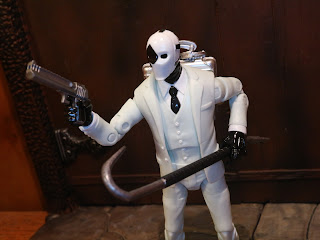 Today I'm checking out another cool figure from Jazwares' 6 inch scaled Fortnite: Legendary Series toyline and this time it's Wild Card. Wild Card is an outfit from Fortnite that has four distinctive looks depending on the face-plate chosen. Rather than offer up for separate figures with different heads, Jazwares actually included all four face masks as separate, swappable accessories. If you want a full gang you can purchase four copies of the figure but if you just want to display them one at a time, you'll only need one! Interestingly, this guy was released in Fortnite last September. Wait... this guy has been out less than a year and Fortnite managed to get an action figure out of him? That's pretty impressive! Either they're working closely with Epic Games on the license to get out figures of upcoming characters or Jazwares can put action figures of new characters out faster than Hasbro and Mattel, especially considering the figure has been out for a couple of months now. Let's check out the very cool Wild Card after the break... 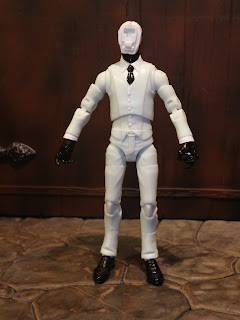 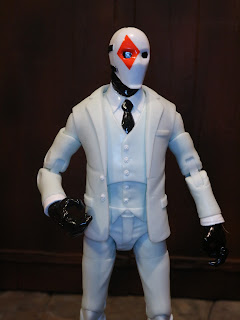 
* Wild Card is a simple guy in a slick, white three piece suit with a black tie and gloves. He looks sharp and just generic enough to fit in with multiple other toylines such as Marvel Legends or any DC line. There are quite a few nice details here, such as the bottons on his vest and the pockets in his jacket. The jacket is removable, well, at least the torso piece is. To be honest, Wild Card doesn't look ha;f bad without his coat on. The arms are still a bit bulky but it's not terribly noticeable. 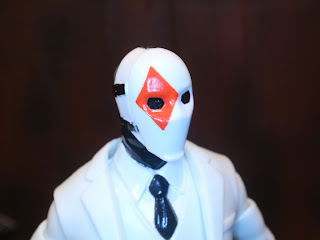 * The masks can be changed out on the head to reflect the four different members of the Getaway Gang. First up is the Diamonds mask. These swap out easily and look really good. Since they're actually masks, and not faces, the small separation between the head and the plates seems reasonable. 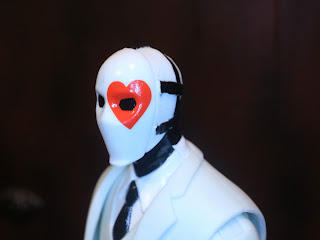 * Next up is Hearts and, yes, he has a heart over his eye. These are simple designs but they're very effective. 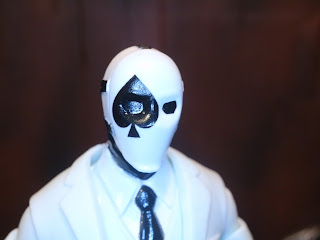 * Spades has a spade over his right eye! Pair him up with the other members of the gang or with the Mighty Spector! 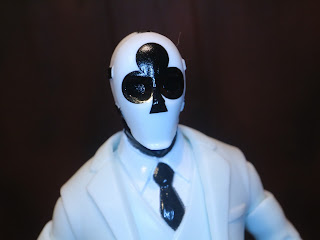 * Last, but not least, is Clubs. I really like Clubs because the design actually covers both eyes. It's a cool look. 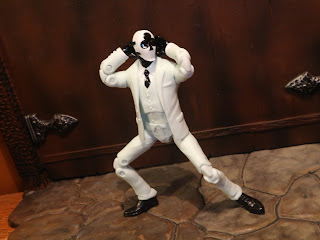 * I initially was going for a Michael Jackson-esque pose for this guy but I think I ended up with something more akin to a bachelorette party dancer. The dude seriously has some incredible articulation, though. He's got double hinged knees and elbows, swivel/ hinge ankles, hips, shoulders, and wrists, a balljointed torso, and even lateral pectoral hinges. He's a very durable, very fun to play with figure! 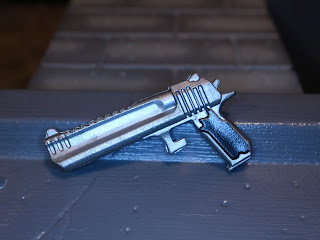 * Wild Card comes packing the Hand Cannon, which looks like it is based on the Desert Eagle pistol. This is a really nice sculpt that managed to blend the Desert Eagle's appearance nicely with Fortnite's somewhat cartoony aesthetic. Thanks to the open trigger guard the figure can hold it beautifully. 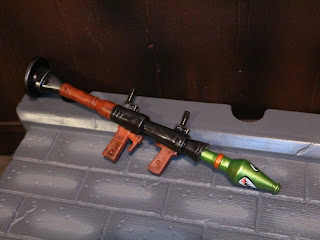 * The Rocket Launcher looks like a standard Russian RPG-7. The paintwork is really nice with some wood-like features and a really cool painted face on the projectile. I wish Jazwares sold boxes of the weapons for the 6 inch figures similar to how they sell weapons for the smaller figures. The weapons in this line are great! 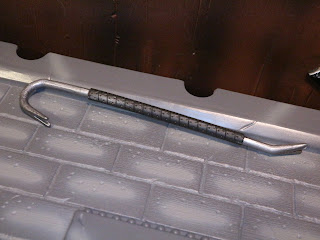 * Wild Card's last weapon is a crowbar. Man, is this cool or what? This seriously might be the best crowbar accessory I've ever seen. It has nice paintwork (the metallic paint styling looks fantastic) and the two ends of the tool definitely look realistic. 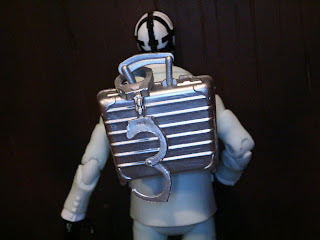 * Wild Card's "back bling" is called the Cuff Case. It doesn't do anything other than fit on the figure's back (he can hold it, too, though it doesn't work as well) but it looks great. It's a metal briefcase with a pair of handcuffs hanging off the loop. The handcuffs are not removable but they are a separate piece that moves over the handle. 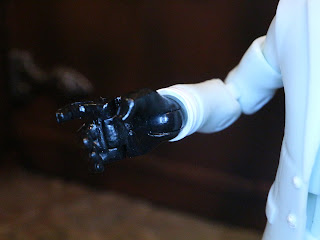 * My biggest complaint with this line (and only complaint with the figure) is that Jazwares went with hinged fingers. The fingers move with one hinge and while they're not as problematic as the fingers on older Marvel Legends figures, I still don't like them that well. They have a fairly tight grip, but sometimes they're still tough to us, especially for thinner accessories like the melee weapon or a gun grip. Articulated fingers rarely work and here they seem like a fairly useless feature. If they dropped the articulated fingers in series 2 of the line I'd be thrilled. 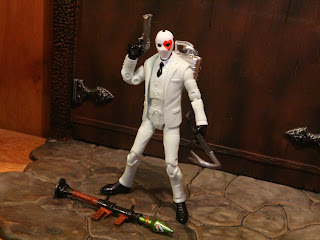 Man, this guy is great! McFarlane Toys has released Wild Card as two separate releases (one with the red masks and one with the black masks), but Jazwares has nicely made every look available in one package. For just being a guy in a white suit, this is a pretty exciting figure with excellent accessories. Seriously, most of these are NECA/ Mezco quality accessories. Jazwares does a great job with this line and has thus far produced some very, very nice figures. Wild Card is my second favorite figure in the line so far (The Visitor is still my favorite) and makes just a cool figure whether you're into Fortnite or not. He's another Epic figure in the line.


This is the first figure of Wild Card I've reviewed. For more reviews from Fortnite: Legendary Series check out the following:
Havoc
Rabbit Raider
Skull Trooper (Purple Glow)
The Visitor
Posted by Barbecue17 at 8/25/2019