The 12 Days of Christmas! A.T.A.X. from Aliens by Kenner 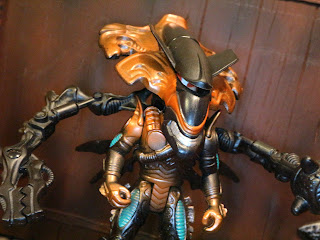 This year in the lead up to Christmas I've decided to take a step back and show off 12 toys from what I believe are my 12 favorite toylines of all time! Since narrowing the list down to 12 was difficult enough as is, I've decided to present these in alphabetical order for the sake of simplicity. Today we're jumping back to 1992 to check out a figure from Kenner's Alien/ Predator line: A.T.A.X. from series 2 of the Alien line. I reviewed all of the first series figures quite a few years ago back during my The Epic Review days and I have't really reviewed any more of Kenner's offerings from the series since. Aliens was one of those toylines that introduced me to an entertainment property, in this case the Alien franchise. I was only nine when these came out and they blew me away. A neighbor who was a year or two older than me (remember Freddy and my K-Mart bag wrapped Gorilla Alien?) introduced me to these and for at least a year or two they were the subject of many playtimes. I didn't see Aliens for years (probably not until I was in late middle school or early high school) but my friend Freddy had and so he was obsessed with ensuring that all of the marines from the film were represented. This meant Ninja Turtles and Batman figures with paper armbands taped on that had the characters' names written on them (I'm pretty sure Midshipman Mike was Lt. Gorman). When A.T.A.X was released, however, it was a big surprise. He just seemed to appear out of nowhere. Fortunately, the comics included helped to flesh out his character a bit as a highly skilled special operative who wore a disguise to sneak into Xenomorph hives and eliminate alien queens. Pretty cool, right? Let's check out A.T.A.X. after the break... 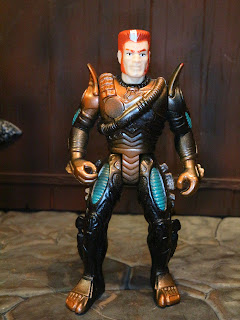 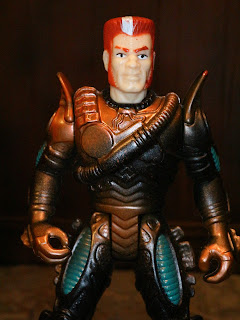 * A.T.A.X. (which stands for Alien Tactical Advantage Explorer) was a rather unique looking figure in the Aliens line. While the Space Marines had more of a G.I. Joe styled military look to them, A.T.A.X. was definitely more sci-fi inspired in a full bodied pressurized suit that was designed to approximate the exoskeletons of the Xenomorphs. The detail is pretty sharp and shows off some of Kenner's best work in the early 1990s. The body features a number of different paint sprays to give it a somewhat mottled copper and black texture with teal armored plates. I like it although A.T.A.X. without his armor does stand out in the line a bit. 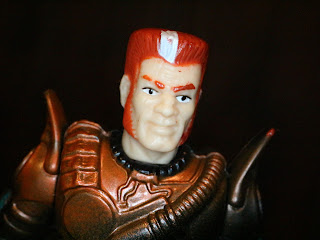 * The headsculpt is pretty unique. Check out those muttonchops! He kind of reminds me of Agent Kallus from Star Wars: Rebels (or more accurately Agent Kallus reminds me of A.T.A.X.). The red hair with a white streak definitely gives the impression that this guy has a funky attitude that oughta clash with a few of the Space Marines. 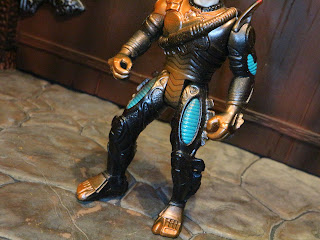 * A.T.A.X.'s body suit really does do a decent job of looking like the body of a Xenomorph. Check out the feet and legs. It's much better than it could have been, for sure. This really seems like it could have been a somewhat plausible disguise, doesn't it? 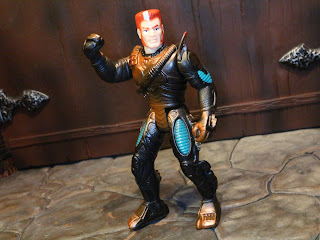 * A.T.A.X. has the classic Kenner five points of articulation. He can stand up straight, look around, punch, kick, and sit down. He's durable and well made and absolutely reflective of his era for sure. I'm really curious when we'll see the nostalgia drive companies like Funko and Super7 release figures in this style, similar to ReAction and Savage World. 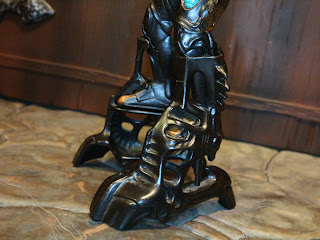 * To start off A.T.A.X.'s Xenomorph disguise are some H.R. Giger inspired boots. They add some serious height to the figure and help give him a more inhuman appearance. 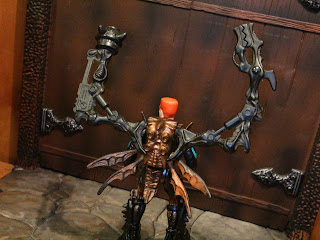 * A.T.A.X.'s backpack slides over a large tab on his back and seems to give him the appearance of something other than your standard Xenomorph. An alien king, perhaps? The backpack has wings, a short tail, and two large arm appendages. The arms are true balljoints and make for some pretty cool alien smashing armaments. 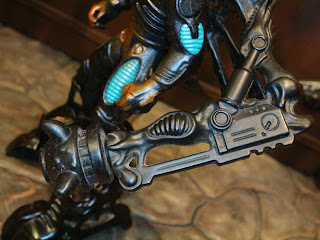 * The left weapon is a "Hypo-draulic power-ram arm" which apparently is a battering ram type weapon of some sort. There is lots of integrated tech here and the head of the power-ram can swivel. 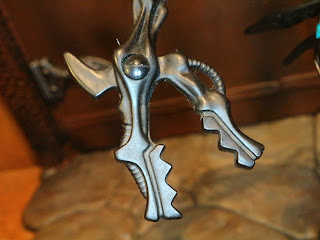 * The right arm features a gripping claw for moving heavy objects or fighting off aliens. The backpack and tools kind of remind me of the armaments on the Power Loader. I wonder if that was intentional? 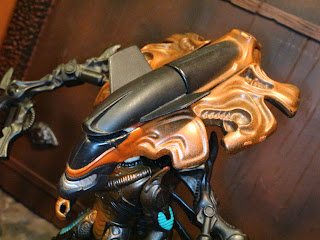 * To top off his disguise A.T.A.X. wears a massive Xenomorph inspired helmet. It fits over his head and actually looks pretty cool. I like the paintwork, too. The copper color scheme nicely sets A.T.A.X. apart from the other figures in the line. 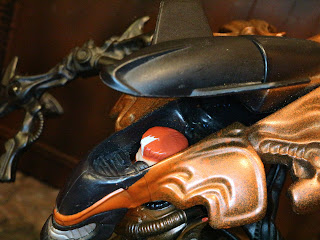 * The missile launcher is attached to a hinge. The launcher ca be elevated to reveal A.T.A.X.'s head. He's peeking through a scope of sorts, so we now now how he can see at least. 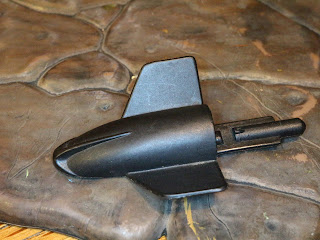 * Here's the missile. It's called an Alienator missile, which is a darn cool name. It fires quite well, too. 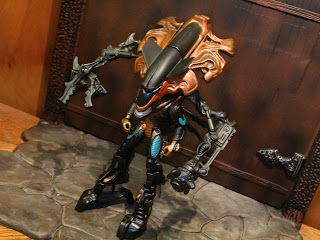 * Here's a shot of A.T.A.X. in his full outfit. I gotta be honest: He really does kind of blend in as an Alien, doesn't he? If you saw him on a shelf along with a bunch of other figures he very well may not stand out from them in any noticeable way. I think this disguise was pretty successful, far more than most action figure disguises. 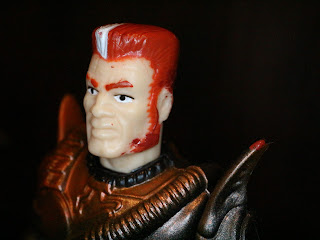 
* A.T.A.X. has a bit of paint slop on his face from his sideburns. Not every figure has this, obviously, but mine does. 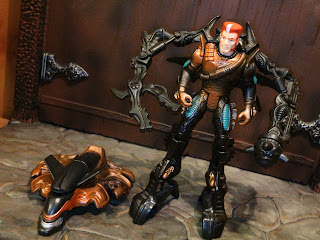 As a kid I really loved the Aliens line and now, even as an adult, I think it is one of my favorites. The line just had such a great, simple play pattern of having the Space Marines fight the Xenomorph hordes. Of course, the Predator line was really an offshoot or subset of it, so that added a whole other dimension as well. A.T.A.X. helped to add another personality to the other five Space Marines to make for a more formidable fighting force. He was a fun, original design and showed off the kind of stuff that Kenner excelled at when they gave it their all. He's an Epic toy and definitely is a highlight of an overall very fun toyline.


This is the only figure of A.T.A.X. ever made thus far (give NECA time, though).

For more reviews from Kenner's Aliens/ Predator, check out the following:
Alien versus Predator 2 pack
Series 1 Space Marines and the Power Loader
Series 1 Xenomorphs
Posted by Barbecue17 at 12/14/2018