The 12 Days of Christmas: Prince Theodred from The Lord of The Rings Trilogy: The Two Towers by Toy Biz 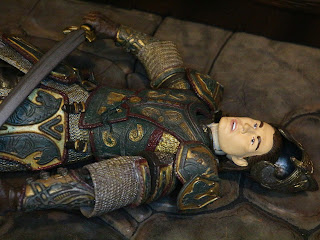 To make today's review a little bit more Christmasy, I'll paraphrase Mr. Charles Dickens: "Theodred was dead, to begin with." Yup...this is pretty much a figure of a dead guy. As I'm going through and checking out one review of my 12 favorite toylines of all time I'm using different criteria to make my selections as to who I should review. Sometimes I'm selecting a favorite figure. Other times I'm selecting the newest figure in the line I've acquired. Today, while writing a review for Toy Biz's The Lord of the Rings line based on the Peter Jackson films, I'm going with the strangest: Theodred. Theodred, the son of King Theoden is the Prince of Rohan who dies pretty much as soon as he appears. I mean, he spends more time onscreen being dead than being alive, which wasn't much time at all. To be honest, the thing I remember most about Theodred is Theoden's quote: "No parent should have to bury their child."
Toy Biz began releasing figures when The Fellowship of the Rings opened in theaters in 2001 and continued releasing them through 2006. All in all they released over 200 releases for three films. That's insanely impressive for a film that isn't a Star Wars film, isn't it? While Toy Biz released a line of figures for each film, after the release of The Return of the King in 2003 they began releasing figures from all of the films in smaller packages, dubbed the Trilogy figures and later Epic Trilogy figures. Theodred was released in the fourth series of The Two Towers: Trilogy figures in 2005, which was pretty far into the line's lifespan and thus Toy Biz was really having to dig pretty deep in the line for characters and thus Theoden's dead son was released. Toy Biz, you truly were awesome toy makers. Let's check out Theodred after the break... 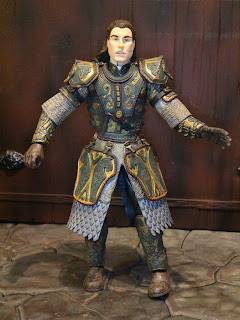 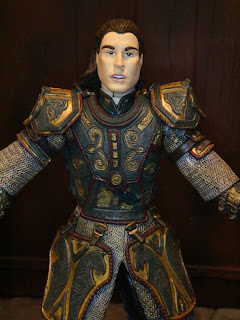 * Over the years that Toy Biz was releasing the The Lord of the Rings line they continually offered improvements. While Theodred may not have the most recognizable likeness, his armor is incredibly ornate and shows off some of the insanely detailed sculpting and paintwork that the company was capable of. To be honest, with maybe some minor tweaks much of Toy Biz's work on this line could easily be from a contemporary line. Again, this is amazingly detailed work for a character that we pretty much only ever see dead.This is pretty impressive, right? 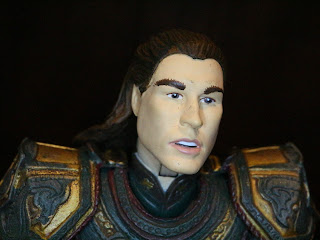 * I couldn't hardly tell you if this is an accurate likeness of Theodred. What I can tell you is that it's not a bad looking sculpt, the paintwork is clean, and when it's laying on your shelf (which is the only way to display this guy) it really does look like a "dead" action figure. How crazy bizarre, right? 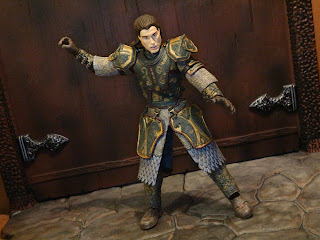 * Toy Biz really popularized a lot of the articulation we take for granted these days such as the double hinged elbows and knees. While the joints aren't as smooth as some other figures in the line, there's still more mobility than Theodred needs to lay lifelessly on your shelf. 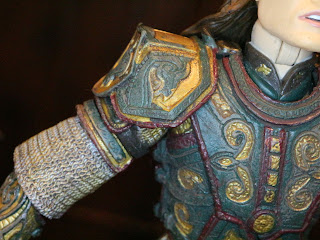 * Theodred's shoulder pads are not only ornate and covered with stylized horse heads (everything having to do with the Rohirrim is covered with horse imagery) but they're made from a flexible, rubbery plastic that doesn't hinder the articulation at all. He also has rubbery chain mail hanging from his sleeves that is so insanely well sculpted that you may not believe it is actually plastic when looking at it in person. 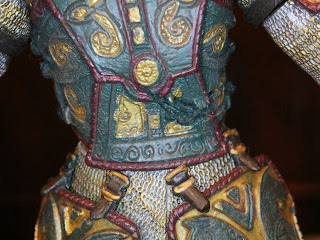 * Not only is Theodred's armor fitting for a Prince of Rohan but it also bears a massive gash. Yup, that's the blow that felled Theodred, alright. 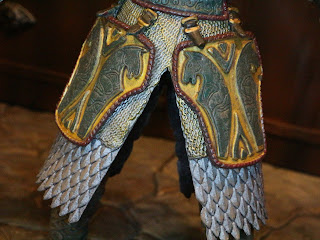 * His waistcoat is also impressive. Just drink in that detail for a minute: A beautiful mixture of scale mail and chain mail covered with armored pads adorned with horses. Dang, Toy Biz. Y'all were doing some darn amazing work. 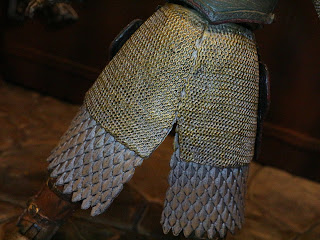 * Here's a shot of the rear of Theodred's armored coat, too. The Lord of the Rings films had some of the most impressive costuming ever seen on film and Toy Biz was absolutely the company to bring it to plastic life. 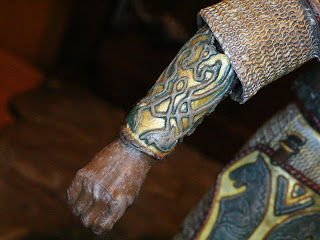 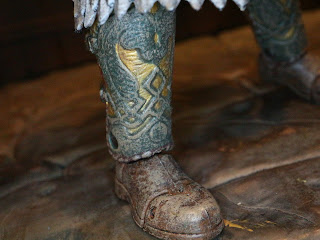 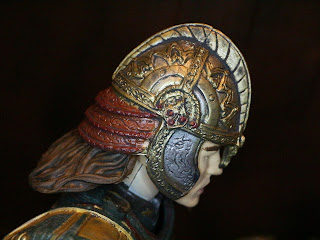 * Most of the figures in the line featured removable helmets and Theodred's is amazing. The armored tip that rests over the bridge of the nose looks like the head of a horse while a mane line ridge runs down the center of the helmet. There's so much beautiful detail here that it's really an amazing piece. 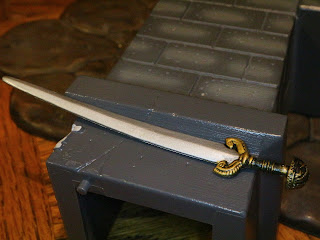 * Last up is Theodred's sword. It's neither too rubber nor overly brittle. Both the hilt and the pommel feature more exceptional paintwork and sculpting. Plus, more horses. 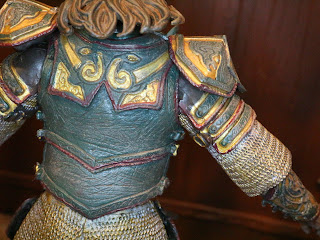 * I'm not sure why (probably the thickness of the armored pieces on his upper biceps) but Prince Theodred really cannot lower his arms any further than shown here. I guess it works since he's really just supposed to lie around dead, but still it'd be nice if he could move a bit more regularly. 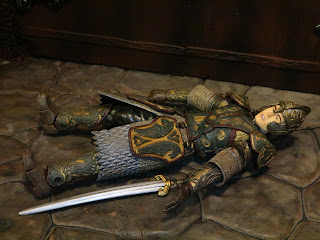 Toy Biz's Lord of the Rings line is one of my favorites of all time. I had a blast collecting it when it was out and I still think it is a really strong toyline that holds up extremely well with paintwork and sculpting that can rival many modern lines. I also have a soft spot as not only do I love the works of J.R.R. Tolkien but my wife and I met in college in a class on J.R.R. Tolkien. Of course, Prince Theodred is another Epic figure in Toy Biz's epicly scaled action figure line and might be the coolest random dead guy figure of all time.

This is the first action figure of Theodred I've reviewed.