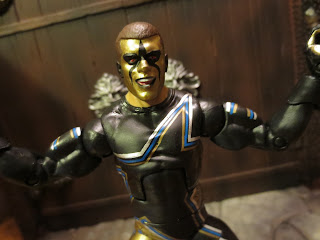 As you might be able to tell from my reviews of Mattel's various WWE figures I really love wrestling characters who have a gimmick of some kind. There's just something really appealing to me about that which kind of reminds me of old school wrestling. One of the most entertaining WWE Superstars to watch right now is without a doubt Stardust (AKA Cody Rhodes). His crazy cosmic  supervillain persona is over the top and has led to some fun stuff, particularly his feud with Arrow star Stephen Amell at SummerSlam 2015. This figure represents Stardust in his most common look throughout 2014 when he was paired with his brother, Goldust, and became tag team champions. Ready to embrace the strange and take a closer look at Stardust? Then join me after the break... 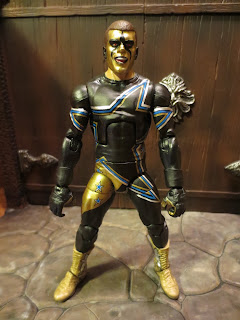 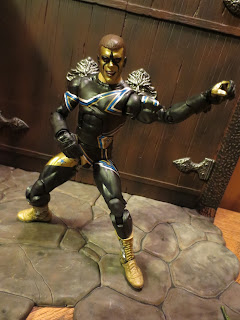 
*Take a guess? Take a guess what I'm going to say as my fist positive about this figure? I know I've reviewed a ton of these guys lately and you might be getting tired of me saying this but all of the WWE Elite series figures are sturdy, well articulated, and fun to play with. They really can handle being thrown around and placed in multiple poses with no worries about breakage. 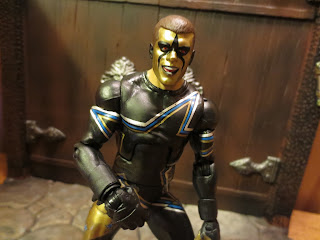 * There's not a lot of crazy sculpting on Stardust since he's wearing a body suit but I do have to give Mattel credit that Stardust isn't just a repainted standard body: He actually looks like he's wearing a skintight bodysuit. He has some little Batman-esque spikes on his wrists to complete the look, too. And the headsculpt? Pure craziness! I love the demented look on Stardust's face. 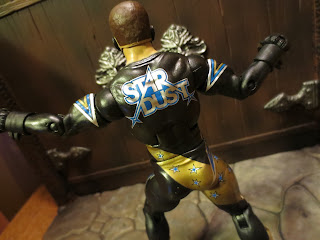 * The paint is what really sells the figure and it's incredibly neat and clean. The mixture of gold, silver, and blue on black is really handled well. The fairly complex designs of both Cody's outfit and his face paint look incredible. Even his teeth and ope mouth look pretty impressive. Way to go, Mattel. 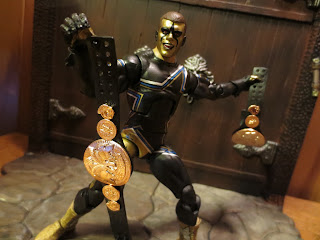 * It's really cool that Stardust comes with two belts. His brother and former tag team partner Goldust also was released in series 36 but he came with a fairly elaborate robe, so I guess Mattel decided to balance out the costs. The good news is that if you only want the titles for other figures, you only have to buy one figure. If you want both figures, you'll still end up with both titles. 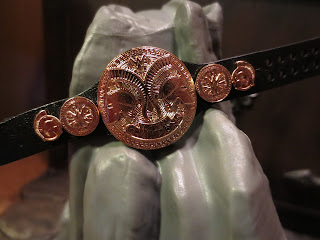 * The Tag Team Championship belts included with this set are really nice. While Mattel seems to be moving towards the all rubber belts (as seen with the series 37 Brock Lesnar), it seems most collectors prefer these belts with actual vac metal plastic pieces on the belt. 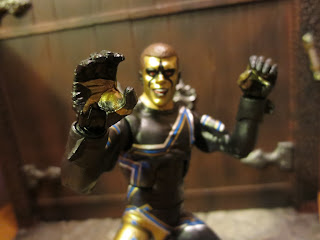 *I love that Stardust has the gold stars painted on his hands but I really wish his hands were sculpted in a position so as to be showing the star off. Stardust does this cool thing where he puts his hands together to form a star. If Mattel were ever going to further improve the Elite Collection, I'd love to see some swappable hands in the line. Who wouldn't want a Stardust with open palms or a John Cena doing his "You can't see me" nonsense? 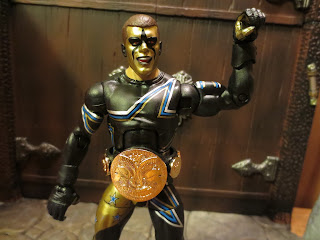 I know Wrestling figures aren't everyone's cup of tea, but I can imagine that Stardust could be appealing to a wide variety of collectors as he's such a bizarre looking character. Heck, he would go great with you DC Universe Classics or Marvel Legends collection if you wanted a mysterious new villain or a oddly costumed goon. I imagine that more than a few Arrow fans have also added him to their collection of figures as well. He's another Great installment in Mattel's WWE Elite Collection.

I've reviewed plenty of other WWE action figures, including: