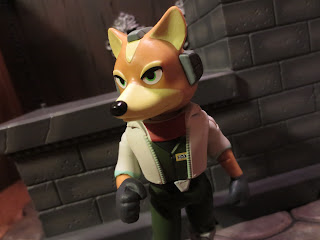 I still can't get over how cool of a concept Jakks Pacific's World of Nintendo line is. It's only been going for about a year and I now have all of the Mario crew on my shelf plus Link, Samus Aran, Donkey Kong, and now Fox McCloud! It's tough to say who is the most wanted figure from series 3 between Princess Peach and Fox McCloud, but there's no doubt that Fox has legions of fans. Today I'm looking at Fox McCloud. Ready for a closer look? Then join me after the break... 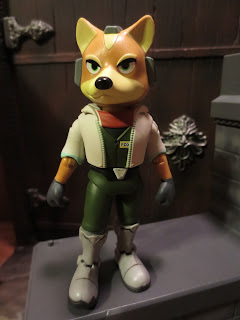 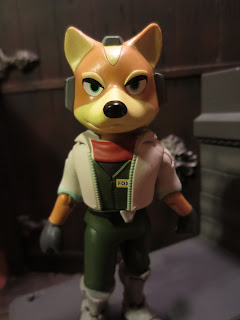 *I really like the aesthetics of this line and I'm loving the look of Fox McCloud. Jakks has done a nice job in capturing the smooth and simple polygonal look of the characters. This guy definitely brings to mind a very traditional videogame appearance for Fox. Little details such as his name tag, his techy boots, and the collar on his jacket give him the cool look you expect from an ace pilot. 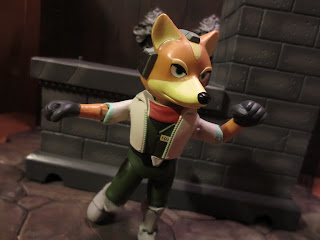 * By no stretch of the imagination is Fox a super articulated figure but for a smaller scaled figure from a smaller line like World of Nintendo that features a huge number of unique sculpts, Fox moves pretty well. I wish he had a ball jointed head but the number of swivel/hinge and ball joints definitely make Fox a fairly fun figure to play with. He's pretty sturdy as well. 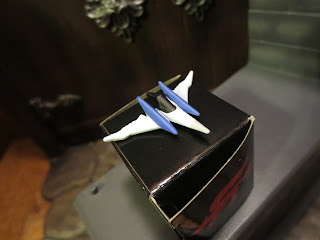 * All of the basic figures in this line come with a surprise accessory hidden in a small cardboard box. Typically it's an accessory the character can use or a prop from their respective franchise but Fox interestingly comes with a small scale replica of an Arwing ship from the Star Fox series. It's an interesting little accessory and is fairly nicely painted. 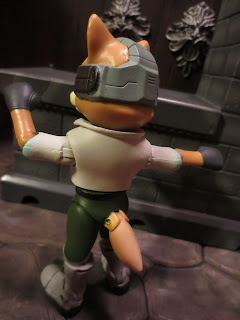 * Two little things I want to point out that are really cool. First, check out Fox's headset. I just thing it looks cool. I love the sculpt and the detail on this. It still looks advanced while still fitting in with the Nintendo-esque aesthetic of the line. Second, notice that Fox's tail is articulated. It's hinged and can move up and down. Kind of a funny little feature. 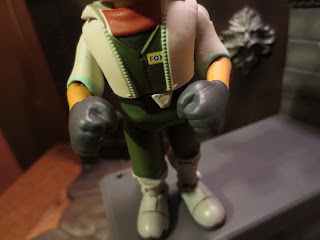 * I'm a little disappointed that not only did Fox McCloud not come with a blaster pistol of any sort (because you know that's what everyone wanted to see since you know we're all playing Smash Bros. with these toys) but both of his hands are solid fists. Not only can he not hold a custom pistol, he can't even hold his Arwing model. 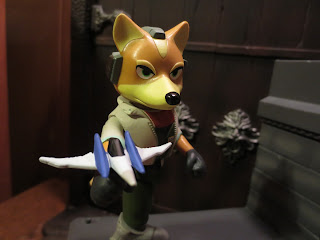 Fox isn't the best figure in the line but he's a pretty sold entry. No one's buying Fox because he's a great figure on his own but simply because they've always wanted a figure of him. He's pretty nice, particularly if you get him for under $10. A unique sculpt, decent paintwork, and a fun little Arwing accessory make this a Good and a 1/2 entry in the line. If you're trying to build a Smash Bros. roster of your own, do a barrel roll out to your nearest Toys 'R Us and see if you can track this guy down. Hopefully you'll get lucky!


I've reviewed a number of figures from this series so far, including: