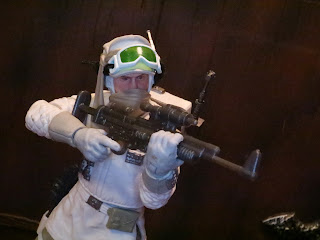 Thus far Hasbro's offerings for the 40th Anniversary of The Empire Strikes Back have been fairly underwhelming. The Retro Collection figures are quite cool and the Probe Droid wasn't bad but the the Vintage Collection figures were, I believe, mostly just re-releases and the Black Series 40th Anniversary line has mostly been re-releases as well. Series 1 was all re-releases though a few of the figures (Luke Skywalker in Bespin Fatigures and Lando Calrissian) at least offered new face printing. Now we've got the Snow Speeder coming along with the second series of TESB 40th Anniversary figures which offers up some genuinely new figures. Today I'm checking out the Rebel Soldier (Hoth) figure and, let me tell you, this guy is currently the figure to beat in the Black Series in 2020. While there haven't been a ton of Black Series releases so far I have no doubt that the Rebel Soldier is going to put up a fierce fight as he is simple one of the best figures that Hasbro has released in the series. Hasbro has been making Rebel Soldiers for 40 years now and this guy is the best yet. Let's check him out after the break... 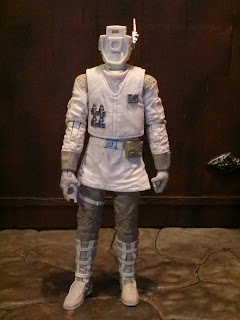 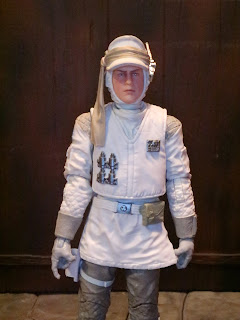 * The Rebel Soldier is decked out in his Hoth Battle gear and he looks fantastic. The outfit is perfectly textured in all of the right places giving it a bulky, padded look. It's covered with all of the details you expect, too, like the grenades on the chest and the pouch on the belt. Hasbro did a heck of a job with this guy! 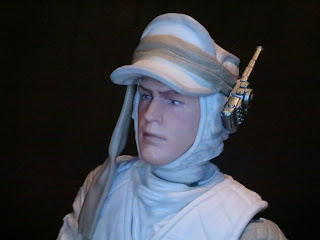 * The headsculpt is excellent. The Rebel Soldier's face is actually a faceplate (see the full body picture above) and it looks perfect. The hat is removable to allow the faceplate to pop up when switching it out for the other included faceplate. The communicator on the helmet is excellent with visible sculpted knobs and buttons. 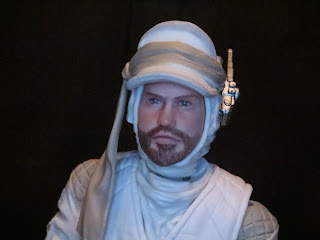 * The second faceplate depicts a bearded Rebel Soldier. Both faceplates use the face printing technology and thus have an eerie level of realism to them. How cool would it be if Hasbro decided to use the faceplates on most Rebel troopers moving forward, allowing us to mix and match? Some Endor troopers could easily have this feature. 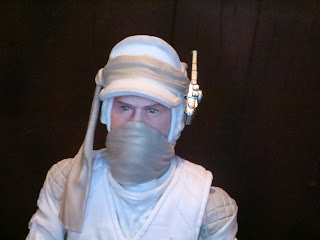 * To help provide further variations for all of you army builders out there Hasbro has also included a facemask. You pop out the balljointed head and place it over the neck. I've seen a couple of folks hang it down over the Rebel Soldier's neck, like a bandanna, but it seems to be designed to obscure the bottom of the face. This would definitely help protect him against the cold of Hoth but it can also make him a bit more anonymous for displays with multiple soldiers in them. 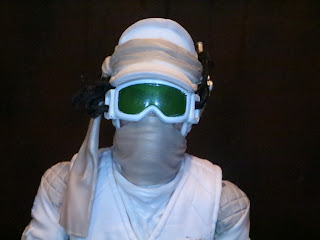 * Want even more anonymity for you Rebel Soldiers? Then use the goggles! The goggles have actual lenses and an elastic strap. They can be worn on the brim of the hat or actually placed over the eyes as well. This looks awesome, don't you think? 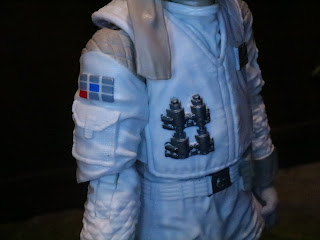 * Here's a close up shot of all of the details on this guy. The grenades are nicely sculpted, the pockets look fantastic, and the designation panel on the right shoulder. This guy is one of those figures that is just fun to look and closely and see what cool little details you can find! 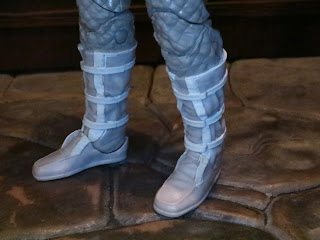 * Like other Hoth based figures, the Rebel Soldier is rocking these funky, fashionable snow boots! The paint is excellent on the straps. 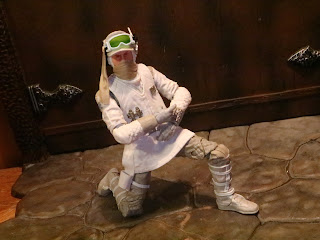 * Hasbro has really nailed the articulation on the Black Series, something that is even more impressive considering the fact that nearly every figure is unique. Besides just having a great articulation model each joint has a terrific range of motion. This guy can hold his rifle with both hands, kneel, fight, dance. Seriously, anything you want! 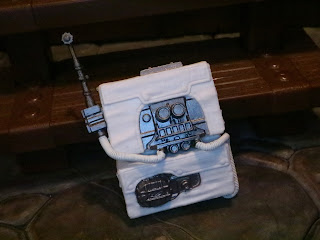 * I love the backpacks these guys tote around! It's covered with cool detail and looks very authentic! We've come a long way from the vintage Kenner days, haven't we? The backpack plugs into the soldier's back but it does have some straps on the side of the figure that loosely plug in just to give it a better look. 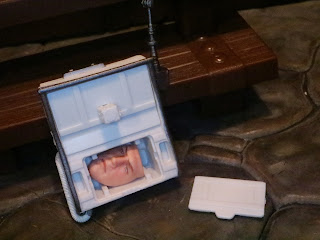 * Want to see something else cool? There's a removable panel on the backpack that allows you to store the Rebel Soldier's alternate faceplate in there. It's not at all mentioned on the package so some folks may never even know it's there! This is a really cool storage idea, or it could be part of a darker Star Wars story. The choice is up to you! 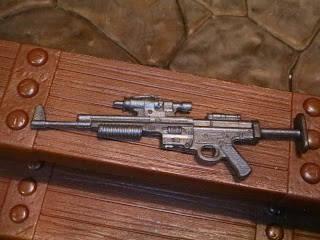 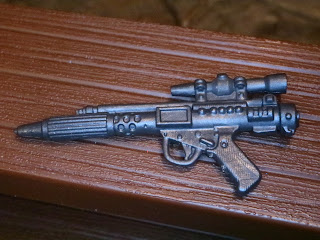 * The backup weapon for the Rebel Soldier is the DH-17 Blaster Pistol. We've seen this before in the Black Series but it's still nice to have a pistol included with the Rebel Soldier to either serve as a sidearm or to add further variation to a display of multiple figures. 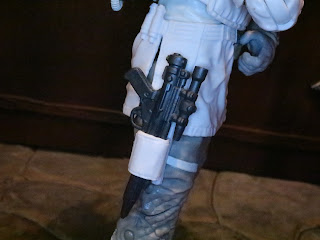 * There's a sturdy holster on the Rebel Soldier's right hip that can easily hold the DH-17! 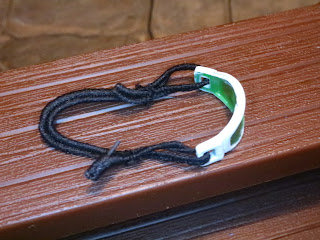 * The goggles that come with the Rebel Soldier are excellent overall although the elastic band seems to be a bit too loose. If you use them frequently you might have to replace it at some point. 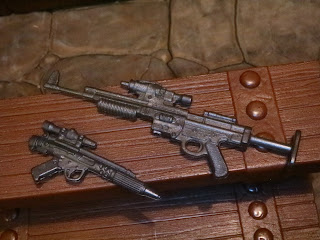 * The Rebel Soldier is an amazing figure with some incredible accessories but why did Hasbro not paint the blasters at all? It's strange how in the Black Series we'll get accessories with amazing paint apps for one release while the next has no paint at all. Why weren't these given anything for a figure that Hasbro so clearly put so much time into? 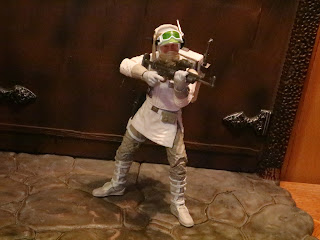 Despite my minor quibbles the Rebel Soldier is still one of the best Black Series figures ever released. I don't have the Snowspeeder yet but, thus far, he's the crowning achievement of Hasbro's The Empire Strikes Back 40th anniversary celebration. This guy is amazing and will be a tough figure to beat this year, although we do have lots of exciting releases still to come. The Rebel Soldier seems like a likely candidate to be released at a later date in a standard box, too, so if you don't get to build a massive army of these guys hang in there! This guy is Epic, though, and you'll at least want to pick one up now.