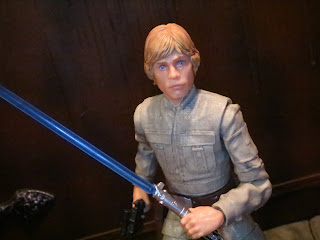 Today I'm taking a quick look at Luke Skywalker in his Bespin gear from Hasbro's The Empire Strikes Back 40th Anniversary Collection. Hasbro has released two sets of figures so far on the vintage inspired Kenner cards (there's a third set coming, too) and Luke here is part of the first set. This version of Luke Skywalker was originally released in early 2014 in the 3rd series of Black Series figures and he was always one of my biggest disappointments in the line. This is probably my favorite version of Luke Skywalker from one of my favorite scenes from my favorite Star Wars film and rather than delivering a knockout Hasbro just kind of skated by with a bare bones figure with a terrible headsculpt. Fortunately, Luke has been given a second chance with a new headsculpt and the new face printing technology and it really improves the figure. I haven't bought all of the figures with updated headsculpts but I have picked up a few and I've definitely been impressed by the difference the updated or new headsculpts make. This is going to be a shorter review since I'm really just nothing the differences between this release and the 2014 Phase One release. Let's see the improvements after the break... 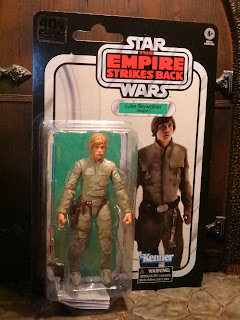 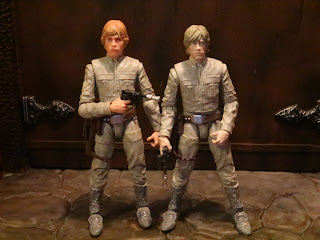 *The ESB 40th Anniversary Luke Skywalker is on the left while the original Phase 1 Black Series Luke Skywalker is on the right. While they're mostly the same mold the headsculpts are different, and the newer figure has an improved skin tone and firmer and better plastic quality. The original figure seems to have more of paint wash, however, with a more weathered looking outfit. 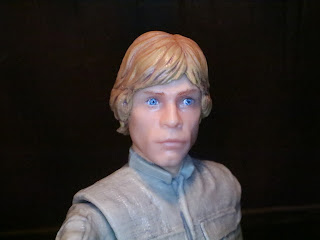 * The biggest selling point of this new version of Luke is the improved headsculpt. It's excellent. Maybe not perfect but, in hand, it really is quite nice. The hair is now a separate piece glued on which gives it a more realistic appearance. Up close and using a camera I found myself finding imperfections in the appearance but in hand I just love the look of this version of Luke. I'm really glad Hasbro revisisted this one. Now we need a battle damaged version with a removable hand. A Luke Skywalker (Bespin Duel) figure is one of my most wanted Black Series releases. It'd be a great deluxe release! 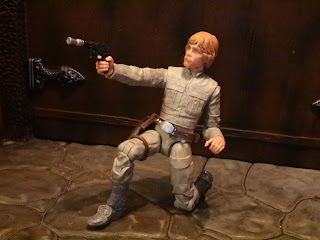 * The plastic quality on this release is much better and posing Luke is definitely easier than on the first release. He feels more solid with no rubbery joints. The solid plastic also makes the joints, particularly the hips, feel like they have a wider range of motion. Overall this is just a more fun figure to play with than the previous release. 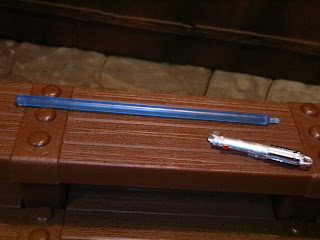 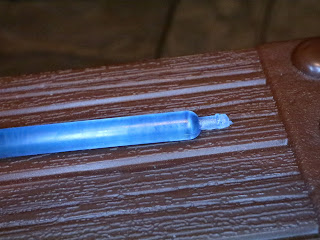 
* Like nearly every other Black Series lightsaber, I'm still nervous about the seemingly fragile tip on this one. Popping it in and out of the hilt makes me very, very nervous. I'd rather have one hilt and one lightsaber with the hilt permanently attached than this! 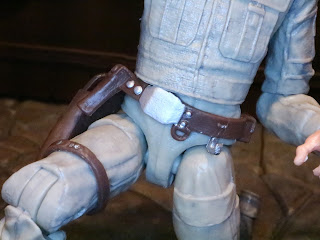 * This version of Luke seems to have less paint detail than the previous release but it's most noticeable on the belt. While the previous figure had a dark wash on the belt to give it more of a leathery look this version is just a flat brown. It's not awful but it doesn't look as good to me as the first release. 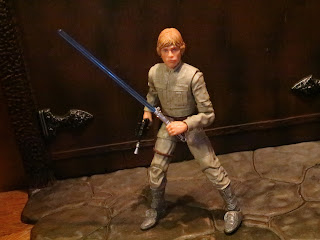 This is definitely an improved version of the original figure and I'm inclined to now give him a Great rating. The improvement in the plastic quality and the much nicer headsculpt really make this guy a figure you don't want to hide away in the back, unlike the first release. I still wish this guy were a bit more deluxe, though, with a removable hand and an alternate battle damaged portrait to represent his confrontation with Darth Vader at Cloud City. Honestly, this guy really warrants a deluxe release with multiple parts. Still, for $20 bucks at retail this is a solid Luke Skywalker who doesn't disappoint.

For more figures from Hasbro's Star Wars: The Empire Strikes Back 40th Anniversary Collection check out the following:
Rebel Soldier (Hoth)
Posted by Barbecue17 at 6/25/2020